The STAR WARS Saga Ranked: Where Does SOLO Land?

It’s only been a few months, but it’s time again for another trip to that “galaxy far, far away.” The buzz behind Solo: A Star Wars Story has been decidedly mixed, in part due to the production issues the film faced on its way to its May 2018 release date. Nevertheless, a new entry in the Star Wars saga means that the inevitable ranking of the franchise must persist. So join us as we look back on the 40+ years of Star Wars on the big screen, from its embarrassing low points to its most legendary entries.

To be honest, we almost didn’t even include this animated entry on our list. For starters, the first (and, so far, only) theatrically released animated Star Wars film is really more of an extended pilot for the Star Wars: The Clone Wars animated series than an actual movie. Even by that standard, it’s one of the weakest elements of the popular show it preceded and by far weaker than any of the live-action installments. We’re not discounting the possibility of more big-screen animated Star Wars adventures, but they have to be better than this. Please.

The climactic three-way lightsaber battle alone makes The Phantom Menace worth watching. However, its plot is also a convoluted mishmash of trade agreements and dull bureaucracy, and writer/director George Lucas inadvertently sabotaged his own creation by infusing too much sophomoric humor and directing even gifted actors like Liam Neeson, Samuel L. Jackson and Natalie Portman to wooden performances. Moreover, the film undermines the mysticism of the Force with the addition of midichlorians and introduced the world to the infamous Jar Jar Binks. At least “Duel of the Fates” is amazing.

In the years since the prequel trilogy concluded, Attack of the Clones has plummeted below its predecessor in some circles. But, despite the burden of Hayden Christensen’s performance and that dreadful Anakin/Padme romance, the film has a lot to offer. Most notably, we finally get to see the beginning of the legendary Clone Wars, as referenced in the original film. Dozens of Jedi in action makes for a thrilling action sequence, and really all of the Geonosis-set third act is a blast, even if it is all brought to life through CGI. We also get our first hints at what leads Anakin to the dark side and witness Yoda wielding a lightsaber. Oh, and Ewan McGregor graduates into the badass Obi-Wan we always wanted.

Now playing in theaters, this Ron Howard-directed spinoff film treads through the familiar beats in the life of the scoundrel originated by Harrison Ford. Star Alden Ehrenreich does a good enough job playing Han, but it’s the supporting cast — most notably, Donald Glover and Phoebe Waller-Bridge — that embody the sense of fun the film is trying to capture. Part zippy heist film and part Han biopic, Solo is far from a standout Star Wars film, as it relies too much on answering questions fans never really asked. Nonetheless, it’s a fun albeit somewhat forgettable ride with no egregious flaws but no spectacular points either.

The first “Star Wars story” narrowly edged out Solo because it had the audacity to embrace a darker, grittier tone and took full advantage of its prequel status to fill in some plot holes within the main saga. Felicity Jones and company sadly never make that much of an impact on viewers, but Rogue One strikes just the right balance between nostalgic references and new material to feel like something we haven’t yet seen in the Star Wars universe. The last few minutes are certainly a highlight and whet fans’ appetite for what might come next from this new effort to shed light on untold stories within the franchise.

We know, we know. Many longtime Star Wars fans will balk at the low placement of the concluding chapter of the original trilogy. While the attack on the second Death Star and Luke’s confrontation with Darth Vader and Emperor Palpatine is riveting, Return of the Jedi‘s mid-section is easily among the weakest chunk of the first three films. After defeating Jabba the Hutt and rescuing Han, our heroes pal around in an Ewok village and tell stories. The episodic format of this entry makes the whole thing feel more like the serials Lucas was inspired by, but it also makes it an easy pick for the poorest film up to that point.

A prequel film above one of the original trilogy? Blasphemy! Perhaps, but that doesn’t mean that Revenge of the Sith is any less of an accomplishment. Sure, a few prequel-y hiccups remain — Anakin and Padme’s “love is blind” exchange, Vader’s bellowing “NOOOOO!” etc. — but by and large, the tragedy of Anakin’s fall to the dark side works. Buoyed by outstanding performances by McGregor and Ian McDiarmid, the film offers an overt political commentary that almost makes the missteps of its two predecessors worth it. It’s not exactly subtle, but Lucas finally delivers the payoff fans have been waiting for.

Before J.J. Abrams resurrected the Star Wars saga, it had been a full decade between installments. The Force Awakens may rely too heavily on the story beats of the original Star Wars, but there’s no denying that it instantly made characters like Rey, Kylo Ren, Finn, Poe Dameron and BB-8 into fan favorites. Daisy Ridley in particular shines as one of the most compelling heroes the saga has ever seen. The entire production has such reverence for the history of Star Wars that it effortlessly recaptures the magic and overcame the divisiveness of the prequels to reignite audiences’ love of the series.

Here it is, folks. After all the fervent discussions (okay, arguments) over Rian Johnson’s film, we’re betting you wondered where it would end up on this list. Love it or hate it, The Last Jedi subverted expectations and dared to take Star Wars in a bold new direction. After The Force Awakens seemingly hewed too closely to the original trilogy, it fell on its sequel to justify this new trilogy’s contribution to the franchise. The result is a meticulously plotted, exuberant adventure featuring a ton of shocking twists and Mark Hamill’s best performance as Luke Skywalker. We can’t imagine where Episode IX will go, but we can’t wait to find out. Ditto for Johnson’s announced brand-new Star Wars trilogy.

The film that first transported audiences to the Star Wars universe — and made icons out of Hamill, Ford and Carrie Fisher — still stands as one of the very best. Based on the writings of Joseph Campbell and other classical storytelling, Lucas’ vision has inspired millions of fans to pursue their own binary sunsets and changed the film industry itself in the process. Given everything that Star Wars: Episode IV — A New Hope has given us (including John Williams’ unforgettable music), it’s hard to imagine that a better film in the saga exists, but at least fans wouldn’t have to wait too long for it.

There’s a reason that every franchise touts its sequel as “the next Empire Strikes Back.” Between Lawrence Kasdan and Leigh Brackett’s flawless screenplay and the addition of characters like Billy Dee Williams’ Lando Calrissian and Frank Oz’s Yoda, director Irvin Kershner’s film outdoes the original Star Wars in virtually every way, cementing its place in cinematic history. Let’s not forget one of the most jaw-dropping third-act twists of all time. In every sense of the word, The Empire Strikes Back is a stone-cold classic and has yet to be matched by anything the Star Wars franchise has dished out since.

What do you think our list? Which Star Wars film is your favorite? Let us know in the comments section below! 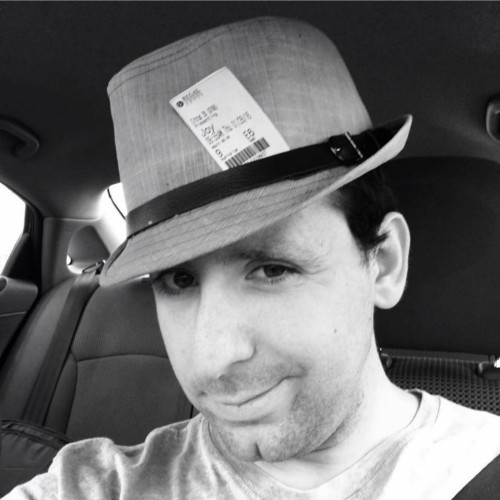