Violent Night is destined to join someone’s yearly watch list, but I’m still deciding if I want to revisit this blood-drenched Christmas affair. Living up to its title, Violent Night delivers one of the most action-packed Christmas Eves you could imagine. With enough humor to keep you laughing throughout, but don’t expect to find anything special from most of its characters. This highly entertaining experience felt like an R-rated homage to Home Alone that many will want to revisit.

Most iconic Christmas movies are packed with elements for the whole family to enjoy. Then there are some that parents will wait to watch once the children are put to bed. Violent Night is the latest action-comedy that will join the likes of Bad Santa, Black Christmas, or any holiday-themed movie that has garnered a cult following. While this film mostly excels during its action and kill sequences, the wish of a child acts as the heart and soul of its story. Directed by Tommy Wirkola, Violent Night stars David Harbour, John Leguizamo, Beverly D’Angelo, Leah Brady, and Alex Hassell.

The film centers on the Lighstones, a wealthy family that finds themselves held hostage by a group of mercenaries on Christmas Eve. This team wasn’t expecting an ally to arrive, which turns out to be Santa Claus (Harbour). Before continuing to deliver his presents around the world, Santa takes time to show this Nick is no saint. Josh Miller and Patrick Casey’s screenplay provides enough laughs to grow invested in the events on screen. Without the humor, most of the film is a chore to sit through since the Lightstone family is underdeveloped and unlikable. The exception to that is Trudy Lightstone (Brady), a child who just wants her parents to get back together this Christmas. 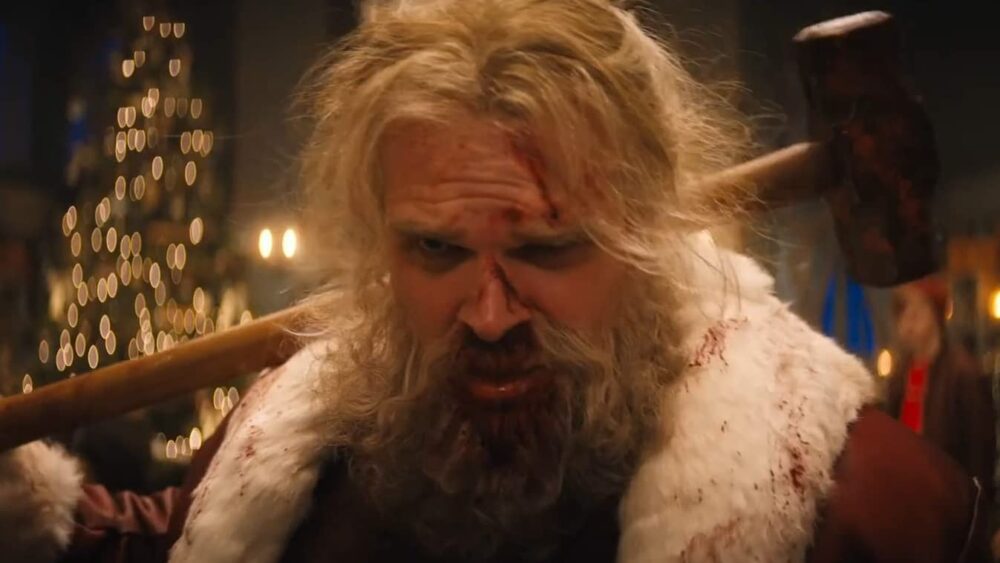 Admittedly, Santa himself is a compelling character as well and the two share a bond that grows as the film progresses. Trudy becomes tasked with helping Santa remember his significance, and Santa works to keep Trudy safe from the mercenaries. It’s their bond that allows you to connect with the storyline. In between their moments, Violent Night offers a vast collection of hilarious gags, sledgehammer madness, and some of the worst one-liners the year has to offer. Still, the jokes are often funny than unfunny thanks to the delivery by the talent involved. Especially when our mercenaries’ group starts to consider that they are dealing with the real Santa Claus.

Harbour excels as the drunk, sledgehammer-wielding savior that brings Christmas cheer to kids around the world. His father-like nature towards Trudy is heartwarming to see, and Brady’s performance as Trudy gives them great chemistry during their scenes. Brady’s delivery helps Trudy’s inner sadness shine through, as she prays Santa can get her parents back together for the holidays. As for the Home Alone nods, Violent Night is packed with several moments that offer childhood memories. One, in particular, is able to provide the most unique use of a nail in cinema this year.

Trudy and Santa Claus don’t hold back against the intruders, which makes for a good time with a large crowd. Even though most of the film feels like a chore, the pacing isn’t so bad that it will take you out of the experience. The performances from Harbour and Brady are the standouts, but everyone else is decent and not offering the same emotional pull. Violent Night is destined to become a Christmas classic that families will enjoy watching when their kids get older. 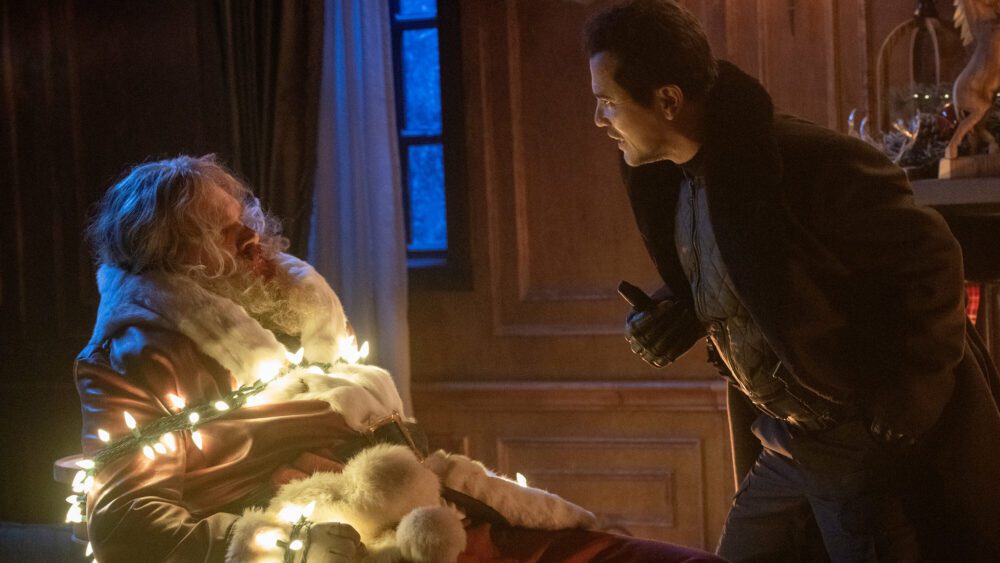 While this action-packed Christmas film doesn’t offer anything groundbreaking, the humor and gory sequences will be enough to please general audiences this holiday season. Violent Night is a good enough time thanks to the two lead performances, and its humor that only grows more infectious as the film progresses. I’m still uncertain if this will be added to my yearly rewatch list, but I will revisit this at some point in the near future.

Violent Night delivers one of the most action-packed Christmas Eves you could imagine.Review: Violent Night brings holiday cheer with violent results