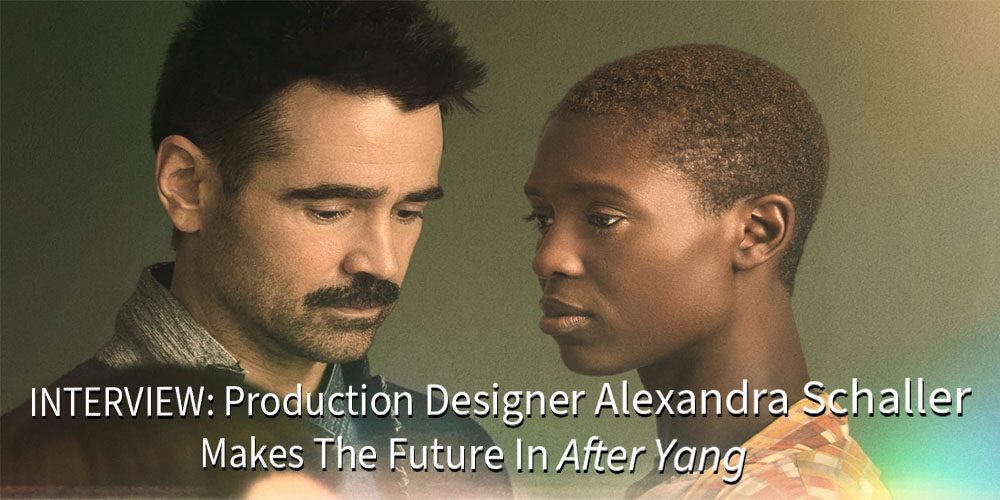 Writer-director Kogonada’s film After Yang, starring Colin Farrell (The Batman), tells a story about grief that reminds us what it means to be alive. Alexandra Schaller helped build the world around the central family in this not-too-distant science fiction drama.

The film is an adaptation of the short story “Saying Goodbye to Yang” by Alexander Weinstein. It centers around a family led by Farrell’s Jake and his wife Kyra, played by Jodie Turner-Smith (The Neon Demon), who purchase a “techno sapien,” the monicker for androids humans use to help around the house. In this case, Jake and Kyra bought one as a friend for Mika (Malea Emma Tjandrawidjaja), their young daughter. Unfortunately, Yang, the android, quickly becomes part of the family and breaks. Jake begins a search to find a way of repairing Yang, leading him to face beautiful revelations about the human condition through the loss of a family member.

PopAxiom spoke with Alexandra Schaller about her journey as a production designer and making the world of After Yang.

“I had no idea production design existed,” Alexandra says, confining one of the reasons I love doing these interviews so that future Alexandras do know. “I started doing light-based installation art. I was a fine artist. But I found that I needed more structure in my life. So I started working in theatre.”

The stage brought Alexandra to New York for a production. “I had friends say to me, ‘Can you help me with my movie?’ So the job I found myself doing was that of a production designer. I was reading the script and thinking about the space, environment, and frame composition.”

“Back then, it was an art department of one,” she laughs. “I worked my way up to two, then three, four, and on. It wasn’t until I moved to New York to work on bigger productions that I realized what I’d been doing all those years.”

Alexandra worked on “commercial and short-form work,” slowly working her way up to bigger things. “I think the first feature I designed was a tiny horror movie shot in New York. I realized that I loved doing it, so I decided that I wanted to be a production designer.”

“Instead of working my way up through the art department, which is one way to do it,” she says, adding, “working as an art director or set designer or something. I said, ‘I’m a production designer.’” Alexandra’s journey began with small projects and has now crossed through much more extensive projects like Y: The Last Man, about which she says, “I love that project.” 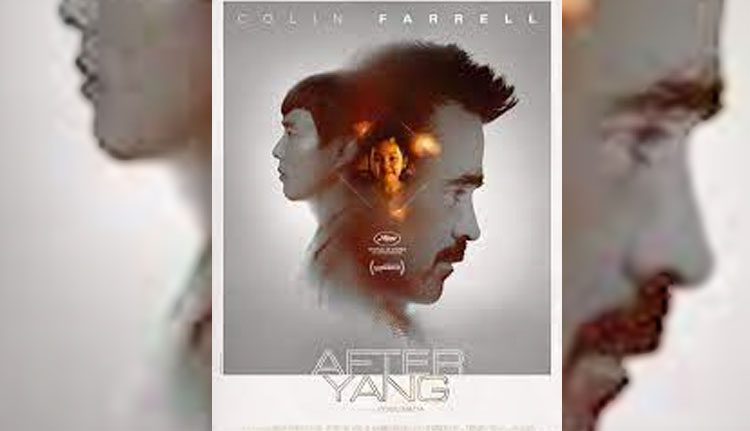 Alexandra’s connection to After Yang was a straightforward process. “I think a friend recommended me, and the producers contacted my agent. Sort of as simple as that.”

“I tend to be quite selective with projects,” she admits. “But my agent wrote in capital letters PAY ATTENTION TO THIS ONE. She was right. I read the script and fell in love with it. I met Kogonada, and we had a strong connection. I loved his vision for the movie and the world. So we hit it off.”

Discussions began about the near-future world depicted in After Yang. “I told Kogonada that the future is a period that doesn’t exist, but we all have this shared idea of what the future looks like from Blade Runner or AI. We have this idea of a slick future. We didn’t want to watch any future movies as a reference for this film. We wanted to make our future.”

“Kogonada is a cinephile and has a deep knowledge of cinema,” she explains, aiding in his vision. “He had a sense of how he wanted to shoot the movie. [Japanese filmmaker Yasujirō] Ozu was a big reference for him. That indicated how he wanted the images to look with wide shots of the environment.”

The pair talked a lot about the look. “But also talked about our sensibilities regarding art. We went to my background in theatre and how we create walls to make a space, but it’s an abstract concept.”

“Though it was sci-fi, we wanted it to be grounded,” she says about the thought process behind After Yang. “The environment would support the story.”

How does Alexandra’s brain process a script for the first time? “It’s less so that we can do this or that. It’s more about when I read a script for the first time, do the words jump off the page and become images in my brain? Can I imagine the world of the movie? That happened with this script. And of course, with any script, I can think of what to do, but some truly spark.”

“For me, it’s getting a sense of what we want the world to feel like,” she says about getting the specific story of After Yang to work. “What we want the audience to feel informs the look of everything.”

Once Alexandra establishes a world, she starts “looking at the bigger items. For example, in After Yang, we had a self-driving car that features in a lot of the movie. So I knew that was something we needed to work on early because it needed a lot of preparation.”

“We had one car in the end,” she laughs, never revealing how many they had to start. “Kogonada had a specific vision for how the scenes would play out. So we had this self-driving car driving underground, and we designed tunnels. He thought it would be interesting for a lot of the environment to play in reflection on the car. So that defined that we needed a glass roof on the car.”

The self-driving car received a lot of attention. “There’s an environmental theme to the movie. We wanted the car to be powered by plants. So that was factored into the design. We had a concept period until we had a clear idea and went towards that.” 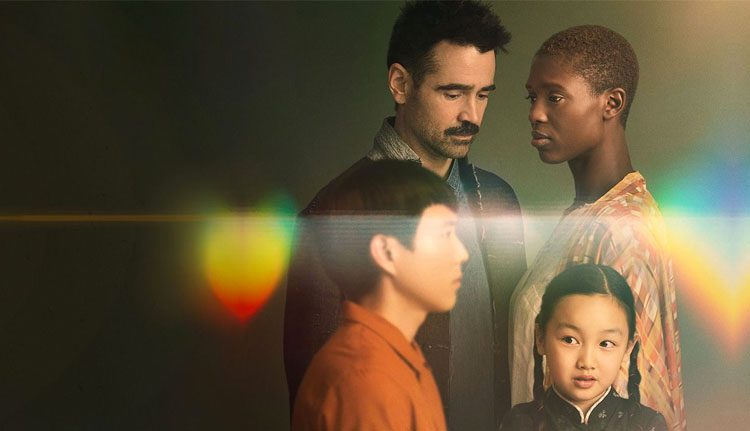 “I love paintings. I use a lot of paintings in my mood boards because they evoke such a feeling. It’s an interesting study of space, people interacting within a frame, and how the painter chooses a light source. It’s very cinematic.”

What’s something on Alexandra’s project bucket list? “I want to do a gangster movie or a heist movie. I’m open to any project. I try to keep it broad and work on many different things. But I haven’t done a gangster or heist movie.”

Thanks to Alexandra Schaller and Lumos PR
for making this interview possible.