Steven Spielberg has returned with a phenomenal family drama in The Fabelmans. A coming of age epic that loosely chronicles the director’s youth. Spielberg is known for his blockbuster spectacles, so this was a surprisingly significant departure from Spielberg’s definitive work. The Fablemans is a crowd-pleasing family drama that will touch your heart, and showcase a side of Spielberg you’ve never seen before.

If Spielberg intends to pour his heart out like this in the future then I’m open to seeing similar projects like The Fabelmans. The film is riddled with award-winning performances, meta aspects, and features the most realistic depiction of a family slowly crumbling from within. Michelle Williams, who is known from Dawson’s Creek, delivers some of her best work in recent memory. Directed and co-written by Spielberg, The Fabelmans stars Williams, Paul Dano, Seth Rogan, Judd Hirsch, and Gabriel LaBelle.

Set in the 1950s, The Fabelmans follows Sammy Fabelman (LeBelle), a young boy with a passion for filmmaking who discovers the power of movies. Sammy’s world is turned upside down after discovering a family secret, but his passion for filmmaking allows him to overcome this unfortunate reality. This might be the best love letter to cinema this year, and Spielberg being the brain behind it makes it more rewarding. On one hand, you have a compelling family drama, but then Sammy’s journey offers a salute to film and those that are passionate about it. 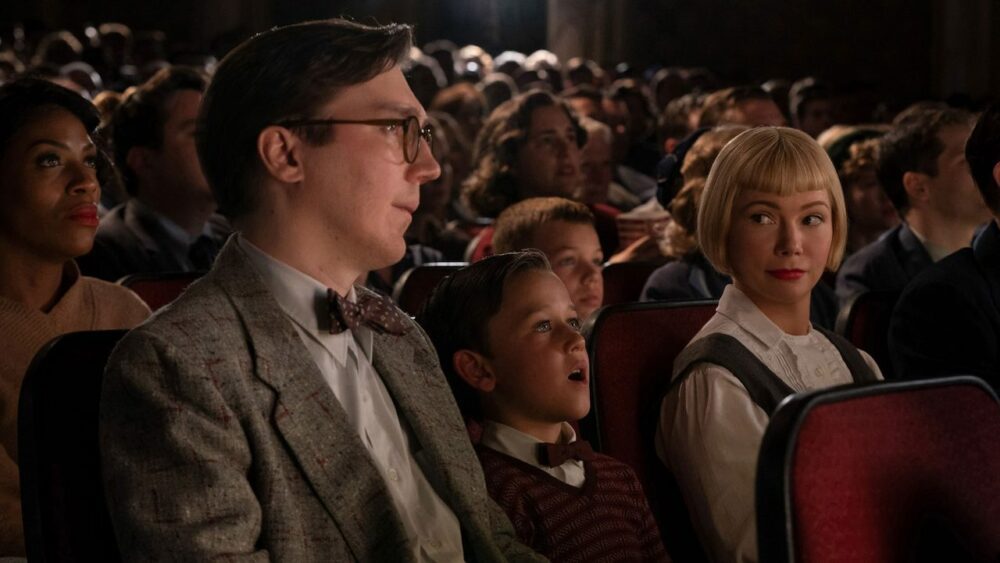 Admittedly, there are some moments where the pacing isn’t great. Still, even the dull moments are kept afloat by the stellar performances. Spielberg and Tony Kushner delivered a satisfying script for The Fabelmans. This family is easy to relate to and their struggles are heartbreaking as a result of the talent bringing it to life. Sammy was the character I found myself wanting to see more of. I’m sure this will apply to several viewers because he’s someone that uses film to escape the difficulties of life. For many of us, movies are a form of relief, a way to put our hardships on pause.

What I love about The Fabelmans script is that it spends a while to let viewers grow attached to this family before it puts them in difficult positions. For instance, the attacks on Sammy at school strike a core due to how the character has been built up as a sympathetic protagonist. Sammy and his family are constantly moving due to parental adjustments, but their Jewish background creates a problem for Sammy. Their interactions with one another are very believable as well, especially the dinner table sequences. 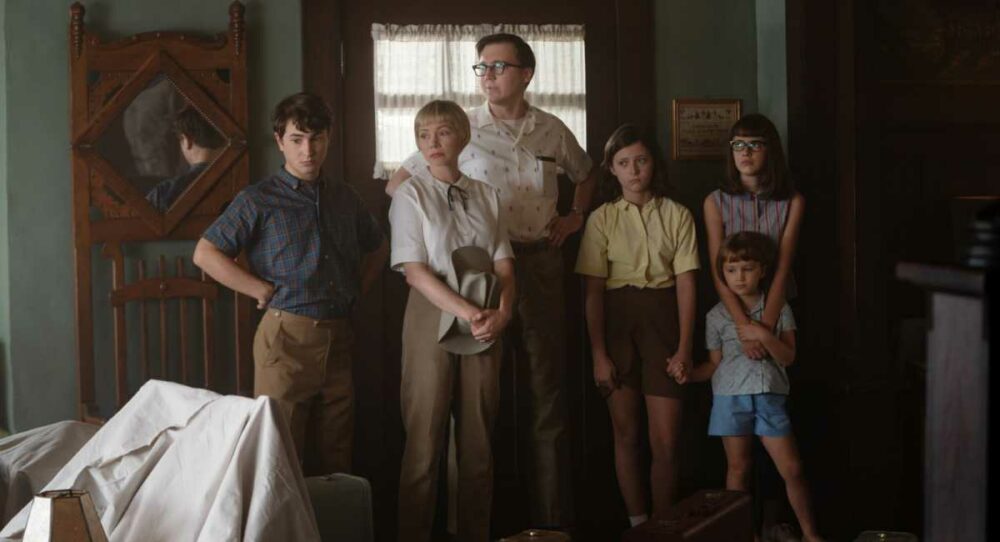 Everyone is tremendous in their roles, which only makes the more depressing moment that much more richer and heartbreaking. LaBelle is great as Sammy, but Williams is the standout as Mitzi Fabelman, Sammy’s mother. Her facial expressions combined with her delivery make it challenging to not get lost in the performance. Mitzi’s journey is a challenging one, and Williams demonstrates that with ease. As mentioned, perhaps the only negative is the pacing because the film might have overstayed its welcome toward the end.

The Fabelmans cinematography gives it a dream-like feel that only enhances the experience. Also, Spielberg doesn’t rely on exposition dumping but opts to let the viewer piece together the obvious. Once the family secret is revealed, a sequence unfolds that plays with your imagination versus explaining everything. For anyone concerned with “wokeness”, The Fablemans is more interested in a subtle approach, which keeps the narrative engaging. I’m not sure where this will end up on my list for the year, but The Fabelmans is another example of Spielberg’s brilliance.

The Fablemans is a crowd-pleasing family drama that will touch your heart, and showcase a side of Spielberg you've never seen beforeReview: The Fabelmans is Spielberg's Most Personal Film To Date