M3GAN may end up putting Chucky out of business because this movie is excellent. Sure, it has its hiccups, but for the most part, M3GAN is everything the Child’s Play remake hoped to be. It’s packed with endless laughs, terrifying antics, and a thought-provoking examination of our overreliance on technology. In between the terror, M3GAN offers a lot of heart when it centers on its core characters.

The killer doll subgenre hasn’t been in shambles, but Chucky has been the go-to for several decades. The Conjuring Universe offers Annabelle, which doesn’t move on its own. Thus, fans of this subgenre have been searching for a new pint-sized sensation. M3GAN is just what we needed, showing the potential to become a franchise. However, whether or not it warrants that will be a divisive discussion despite its box office success. Directed by Gerard Johnstone and written by Akela Cooper, M3GAN revolves around a roboticist, who builds a companion for her grieving niece, but the doll comes too much to handle.

Violent McGraw and Allison Williams star as Gemma and Cady, Gemma (Williams) is left to care for her niece (McGraw) after Cady’s parents die in a car crash. The dynamic between the two serves as the heart of the story. When the titular doll isn’t wreaking havoc, Gemma and her struggles to become a mother help keep the film compelling. Admittedly, M3GAN is at its best when the bodies start dropping, but Williams and McGraw do a phenomenal job of making me feel connected to their characters.

Cooper’s screenplay isn’t just a cautionary tale, but one that balances horror, humor, and thought-provoking commentary on the dangers of being over-reliant on technology. Technology is devouring the lives of millions, so highlighting the negatives it can have on nuclear families, and child development is a nice touch. While Child’s Play was a more serious approach back when it first dropped, M3GAN never takes itself too seriously, which allows the narrative to work better, and doesn’t make the lighthearted moments feel out of place. 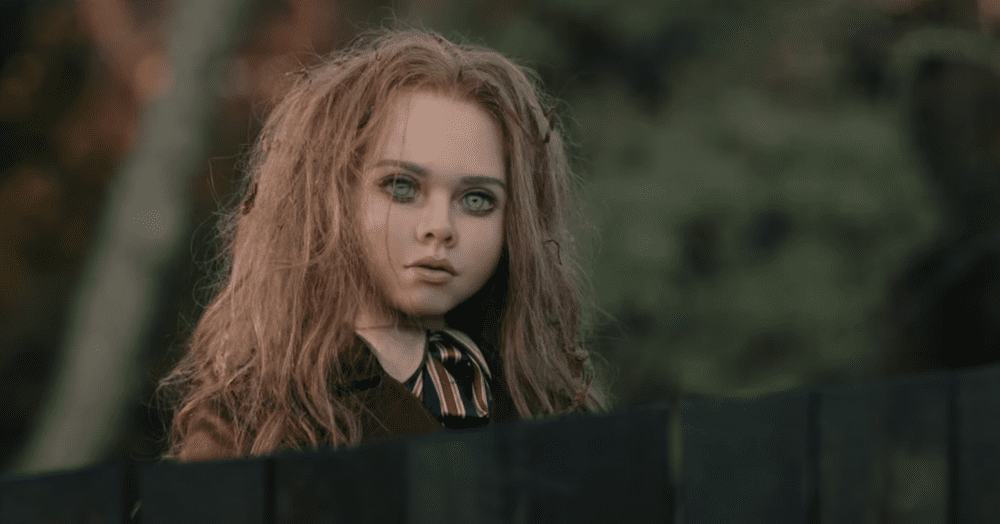 The film can seem held back by its PG-13 rating, but M3GAN still managed to stay afloat. That initial slow-burn approach builds to an all-out assault from its titular villain. Sadly, most of her kills are reduced by cutting to the next scene or constantly allowing the audience to imagine the gore. Specific plot threads seemed to have been written to justify an unnecessary sequel as well. For instance, a character becomes Dennis Nedry midway through with no resolution. These intentionally unanswered questions will either become useful in the future or remain unnecessary.

M3GAN features tremendous acting from every performer, but McGraw is fantastic in every scene. Her sister previously blew everyone away in The Black Phone, and it’s clear that the talent they share will take them far in their careers. McGraw captures Cady’s inner heartache with ease, which helps you become invested in her arc. Although, parents dying in a car crash is becoming a tired plot device. Still, anytime Cady is on screen, viewers will be treated to an enjoyable performance with a lot of passion behind it. Williams is able to match McGraw’s energy to form a heartwarming bond but doesn’t fully capture the magic that McGraw is able to.

M3GAN has the potential to become the next great killer doll series, but that doesn’t mean it’s warranted. I will gladly endure more outings with the titular villain, and I think there’s a chance a crossover with Chucky could be done in the near future. With a sequel already greenlit, I’m eager to see what direction this story takes next. This was a fun, simple, lighthearted cautionary tale that knew exactly what it needed to be.

M3GAN has the potential to become the next great killer doll series, but that doesn't mean it's warranted.Review: M3GAN Shakes Up The Killer Doll Genre With A Wild Ride