Devotion is a crowd-pleasing film based on an inspirational war story about the first black naval aviator. Top Gun: Maverick set a high bar earlier this year, making it difficult not to compare it to this latest war drama. Still, Devotion offers a moving narrative that is brought to life by two powerful performances. While its runtime could have been trimmed, the emotional weight of it all keeps the film engaging from start to finish.

The biographical war genre has been hit or miss in the past, and Devotion is a resounding hit for the most part. This wasn’t a project I was looking forward to, but that improved the overall experience. Devotion won’t achieve the lasting legacy that other war films have, which isn’t to say it’s an inferior project. It’s just being released during a year when Top Gun: Maverick will swallow any impact it could have had. Although, box office projections might prove me wrong. The film is directed by J.D. Dillard with Jonathan Majors and Glen Powell in the leading roles.

Devotion is co-written by Jake Crane and Jonathan Stewart, its story centers on Jesse Brown (Majors) and Tom Hudner (Powell). The Navy’s most celebrated wingmen during the Korean War. Specifically, it examines their interracial friendship and the obstacles Jesse overcame to make American history. Most of the characters are underdeveloped and one-note, but Jesse and Tom’s bond serves as the heart of this inspiring tale. Majors’ and Powell’s believable chemistry makes it easy to grow invested in their roles.

Racial themes are present, which can grow tiring during certain sequences. These moments are necessary to further establish resiliency of Jesse. While I personally haven’t experienced racism the way Jesse has, it’s motivating to see him brush it off and continue to chase his dreams. It’s an important piece of this character that sends an empowering message to the viewer. His colleagues feel sorry for him, but Jesse reminds them that he can fight his own battles. 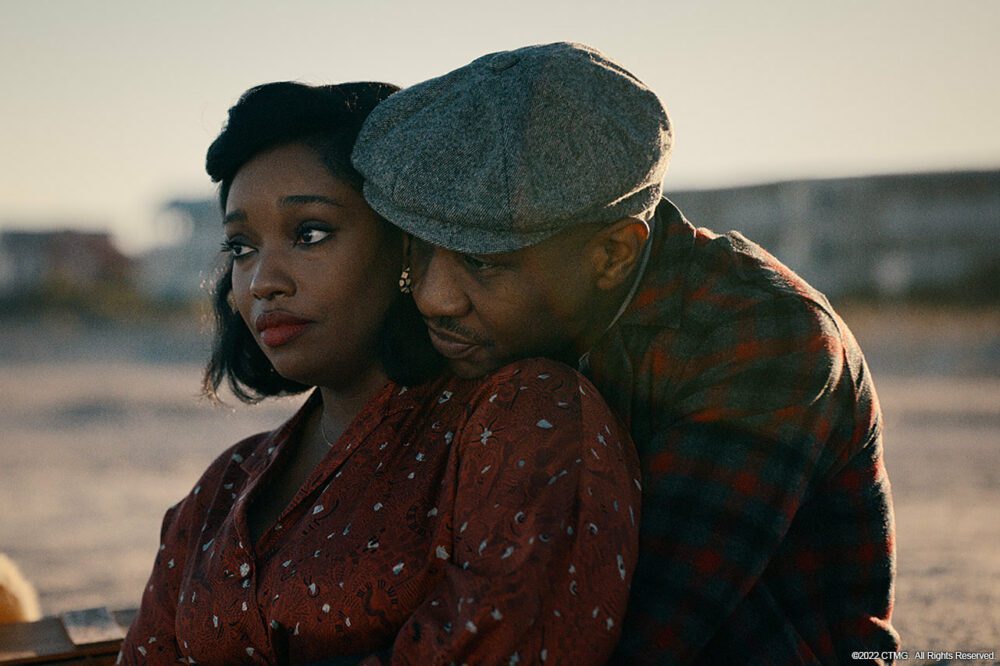 The aerial sequences are a highlight of the film’s great cinematography but don’t offer the same thrill you’ll find when exploring the characters at the center of this story. The pacing isn’t the best, especially during the film’s second act which still delivers an enjoyable ride thanks to this inspiring script and the actors involved. Admittedly, I found myself growing tired of the movie towards the end until it picked up the intensity once more. Devotion gives Tom his own compelling journey, as he struggles to not feel sorry for Jesse while also staying committed to a promise he made.

Tom’s journey is socially relevant without being heavy-handed with the dialogue. The context of what is happening speaks for itself and Jesse doesn’t try to teach Tom how to not appear prejudiced. Jesse and Tom have their own separate arcs that draw them closer as friends. If there is one thing that will make this movie worth enduring, it’s the third act. It’s an emotionally draining finale that lets Majors and Powell demonstrate some of their best work during this film. Majors has Powell beat, but Powell still delivered one of the best performances I’ve seen from him in recent memory. If that doesn’t do it, the score featured throughout is very moving and will touch your heart at all the right moments. 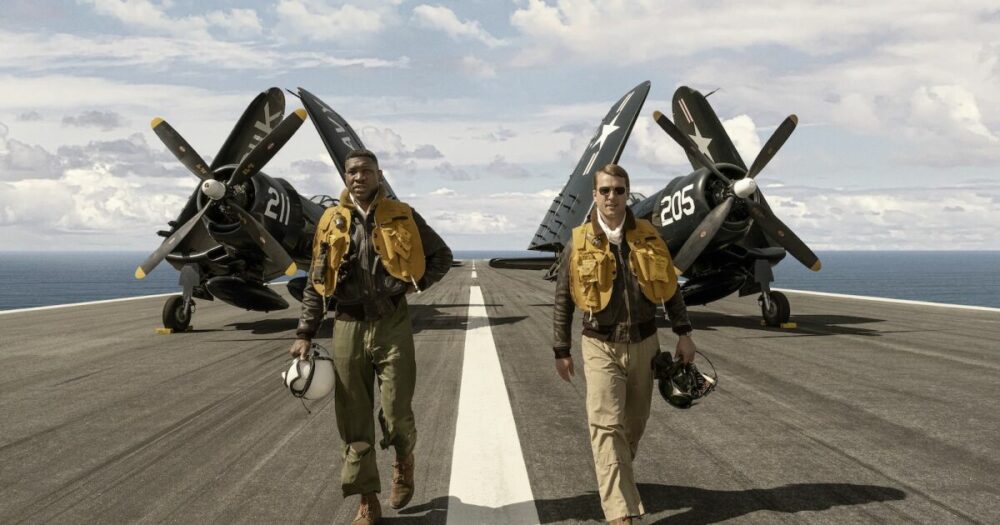 Devotion won’t go down as one of the greatest war films, but I hope I’m proven wrong because it was an exceptional movie. It just falls flat during the second act, which could eliminate it from being a good movie to certain viewers. However, the constant comparison to Top Gun might propel this movie to legendary status as time passes.

Devotion is a crowd-pleasing film based on an inspirational war story about the first black naval aviator.Review: Devotion is a heartwarming war tale about friendship