‘Transformers: The Last Knight’ Teaser Attached To ‘Rogue One’

Transformers fans have been excited to see footage from the upcoming 5th installment The Last Knight, and now we finally know when to expect the teaser. Director Michael Bay took to Facebook to release a short video where he explained that the first trailer will be attached to Rogue One: A Star Wars Story.

“I’m Michael Bay, I’m at the IMAX theater right now. I want to tell you because I’ve been reading your comments… The teaser is coming December 16th on Star Wars.”

With Star Wars premiering in theaters on Thursday, December 15, you can expect to see the teaser online sometime that day. 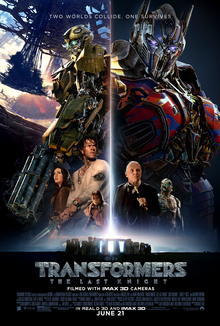