10 years ago Sony Pictures brought Christophe Gans’ video game adaptation Silent Hill to the big screen. The French Canadian director not only played the video games himself but was a huge fan of the franchise.

As many other articles currently surfing the web with the popularity of the 10th anniversary release they also noted from the general resource of Wikipedia that Christopher Gans had to seriously fight for rights for this film. After five years of writing Konami, eventually a 30-minute presentation won the company over, and the production began.

Although I can certainly continue to regurgitate even more recycled information, that everyone else is using or complain about why it sucks in the light that it doesn’t follow the games shot by shot, I’d much rather give you some shed some light on why we should take the time to appreciate this mixed media art piece. 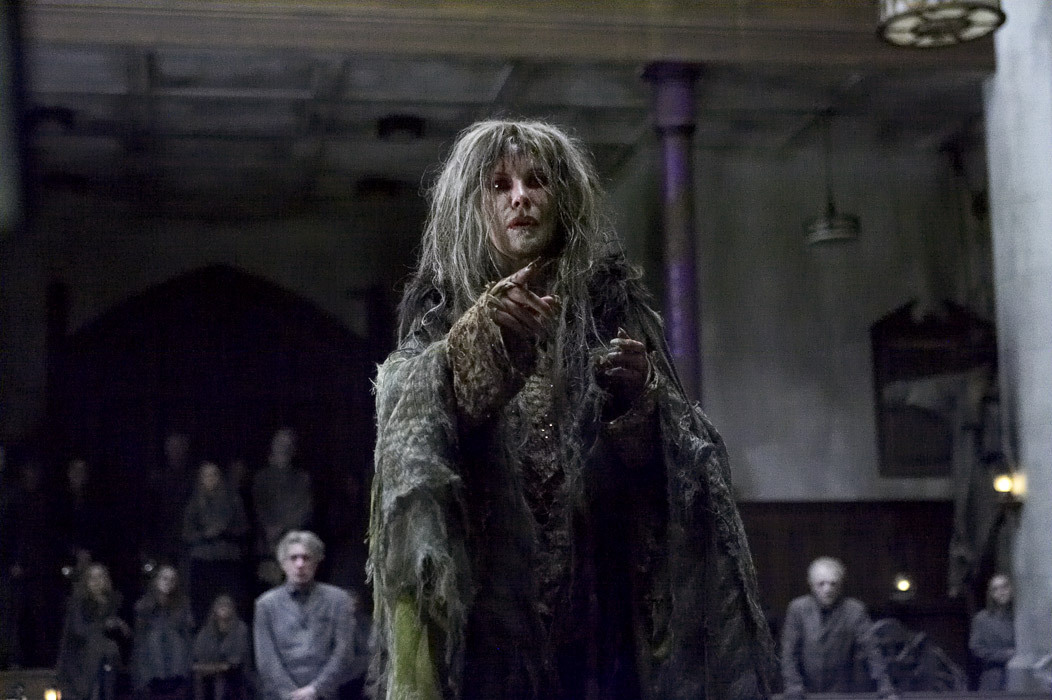 In 2006, I did not have the pleasure of playing any of the Silent Hill games just yet. At that point in life, I had my first survival horror experiences playing Resident Evil and Eternal Darkness: Sanity’s Requiem on Nintendo Gamecube but well aware of Silent Hill’s legendary experience. As I was first introduced to Silent Hill in Christopher Gan’s adaptation, I was immediately a fan of the eerie atmosphere regardless of its mediocre CGI. I remember falling in love with the actresses’ energy in the film, felt that the soundtrack was too perfect and personally was emotionally invested with the story line. However, not the most trustworthy point of view coming from a 17-year-old teenage girl who has barely dabbled in survival horror video games and has yet to see any sort of foreign horror.

Now fast forwarding to 2016, re-watching the movie with a slew of films under my belt and having a handful of gameplay hours of the first Silent Hill in the series, I can easily say I am still a huge fan of the movie. I still think the acting was on point, the special effects as far as the makeup and tangible set were fantastic, the musical score was probably one of my favorite soundtracks in history, and having an R rating delivered just enough gore without going overboard in the mainstream realm. It’s not perfect by any means, with as mentioned the CGI factor but I certainly appreciate Christopher Gans creative intentions. 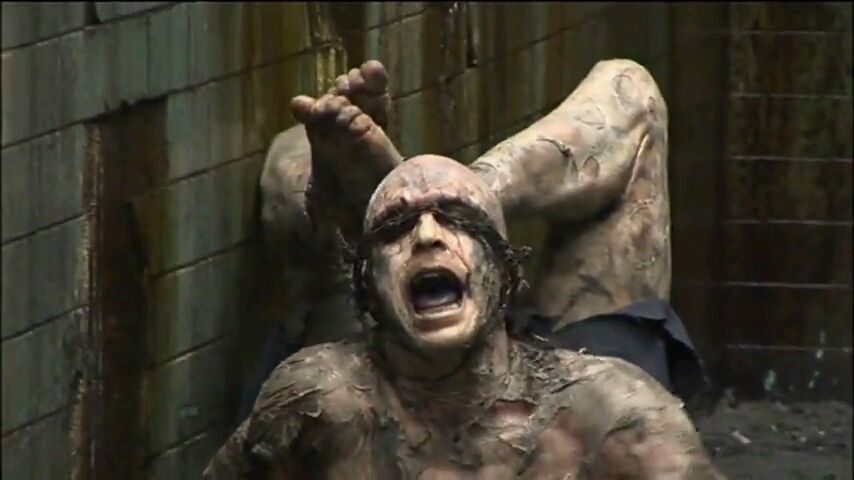 In a 2006 interview, Christophe Gans could not stop stressing the importance of how emotionally invested he was playing the series and how important it was to interpret that into this opportunity to create the adaptation. When asked about how he felt while personally playing the games he responded:

And I can certainly contest to that statement. Although only having experience in the first Silent Hill in the series, playing this character as Harry Mason is far from playing any supercharged soldier, superhero or ninja of any sort. Playing this regular Joe Schmoe with limited weapons was not only aggravating at first, but definitely built up the terror when things started to get very weird in the game plot.

In addition to his last statement, Christophe Adds:

“The creator of this series decide that gamer has to stay a human being, and not be an idealistic vision of himself or herself. So when you’re playing the game, you’re feeling very confusing, very disturbing, and constantly you try to see where the line is between good and evil, where is the line between making something good and making something ugly. The loneliness of your cocktail improves your adventure because most of the time you’re completely alone in the fog, and the dark. Makes you very vulnerable in terms of moral perspective according to what you have to do in the game.”

Although Christophe praised the complexity of the Silent Hill game plots, he didn’t find it necessary for the viewer to have experience playing the series to understand the movie. And I agree 100%. Regardless of what some of the “critics” had to say. Roger Ebert gave the film one and half stars:

“Although I did not understand the story, I would have appreciated a great deal less explanation. All through the movie, characters are pausing in order to offer arcane back-stories and historical perspectives and metaphysical insights and occult orientations. They talk and talk and somehow their words do not light up any synapses in my brain, if my brain has synapses and they’re supposed to light up, and if it doesn’t and they’re not, then they still don’t make any sense.”

Adopted kid, sleepwalking, past life transitions, other dimensions translating into already dead. Boom, doesn’t have to be a literal documentary especially since it’s based off a horror inspired VIDEO GAME. But anywho I digress… What I found the most interesting amongst the interview, was the decision to make the protagonist a female. Apparently it was a verdict that was once again spawned from the importance of emotional connection within the film. With wanting to use the first Silent Hill of the series in the movie, they began to notice that a woman would just be a better fit for the character plot.

“…when we start the writing, respecting his personality, we found that he was acting; he was talking like a woman. This guy worked very well in the game, but when you try to transpose him as a real character, it’s a woman. And for me there were two options, I was completely transforming the guy except his name, or I was trying to keep the psychological atmosphere of the character, and I was making him a woman and we decided to make him a woman.”

In his defense, I sincerely felt like that was a wise choice. Especially with having Radha Mitchell as the lead actress. With having that powerful worried motherly aura mastered throughout the whole film, I really couldn’t see the Harry character having the same effect.

In regards to the creature selection in the 2006 film, Christophe wasn’t trying to match it completely up to one specific game. With playing Silent Hill 1-4, he was sort of in love with all of the creature development but felt it was crucial to have some of the most iconic terrors from the series.

“…but sentimentally, you know it was impossible for me to don’t have in my film the ominous creature mean straight jacket, the nurses, or red pyramid – pyramid head. It was impossible; I could not imagine silent hill without these creatures.”

So that definitely makes sense to me. I mean he sort of took his one shot at recreating a very meaningful series in life and made it somewhat his own. Regardless of relevancy in the game storylines, those creatures were still terrifying and still matched up with petrifying time-dependent atmosphere. The creepy sirens followed by the immense black out still provoke chills up my spine in both watching that film and playing the game.

But he didn’t fall short of addressing the most frightening piece of Silent Hill:

And isn’t that the ugliest truth in real life as well? With that being said, his visual representation of Alessa’s story of being treated as an outcast for things out of her control and further fueled by organized hate was something that hit a little too close to home for me in which always stuck with me from the first viewing of the film. Partly storyline and partly from Jodelle Ferland’s fantastic acting.

Wrapping up the interview with mentioning some of his favorite scenes from the Silent Hill 2, Christophe once again touches base on his emotional side. With the meeting of Red Pyramid and the climax at the end of the second story of the series is something that makes him tear up to this day.

“Actually it’s funny because these two moments make me cry and that’s one of the reasons I’d like to think that it was important to adapt this game. It was not only about fear; it’s about emotion. There’re not too many games that make you cry with a joystick in your hand; it’s very rare and unique.”

With an understanding that he was paying homage to series as well as acting upon the popular word in the interview -EMOTIONS- it’s important to note that this director seriously loved Silent Hill. As a fellow gamer and watching his eyes light up as he spoke about his experience as well as his utmost need to recreate the atmosphere he felt while playing, was a legitimate energy you can feel from the computer screen. Needless to say that Christophe Gans treated this as a passion project rather than just some quick Hollywood release like a lot of modern horror released today. That sort of dedication definitely transcends through the film and rightfully remains as one of the best video game adaptation to this date.