‘The Love Witch’ Nails The Aesthetic Of 1960’s Horror Perfectly

What a blast from the blast this film is. ‘The Love Witch‘ really dives into the gimmick of trying to make a late 60’s/early 70’s horror. If it wasn’t for the modern cars and phones, you’d be able to get away with saying this is an old Mario Bava picture. With the mix of the nostalgic filmmaking and sharp wit, this technicolor dream is a win.

‘The Love Witch‘ stars Samantha Robinson as Elaine, a widowed witch with a deadly spell. She says her ex-husband left her but the film implies that she poisoned him. Nonetheless, she still feels scorned and she’s looking to be loved. Once she find a room in a creepy Victorian house to rent, the witch really lets loose.

Soon she starts finding potential suitors to crave her sexual appetite. Using the world of the occult to her advantage, Elaine’s need for sex and love starts to turn deadly for the men in her life. Even when she meets the man she’s always wanted, it may be too late.

“According to the experts, men are very fragile. They can get crushed down if you assert yourself in any way.”
-Elaine (Samantha Robinson)

The movie begins with director Anna Biller giving an homage to Hitchcock’s Psycho and she doesn’t stop with inspirations. Almost on par with Tarantino in the way Biller finds a way to not only say thanks to the films that came before but use it as a way to progress film now.

Thanking Anna Biller’s direction isn’t enough because there’s far more that went into making this feel so organic. M. David Mullen’s cinematography choices are inspired and innovative for a film made in 2016. Using techniques like rear projection photography for the driving scenes or slow zooms shows he did his research when making this project. The icing on the cake is how great everything looks shot in 35mm. An obvious choice for a project like this but it’s used intelligently.

Adding to the masterful direction and camera work, the art direction is jaw-dropping. Everything looks to be ripped out of an issue of 60’s Italian Vogue. It blew me away that director Anna Biller also did the art direction and production design. As an aspiring filmmaker with a background in art department, theres a major respect for a filmmaker who can do anything to achieve their artistic vision. 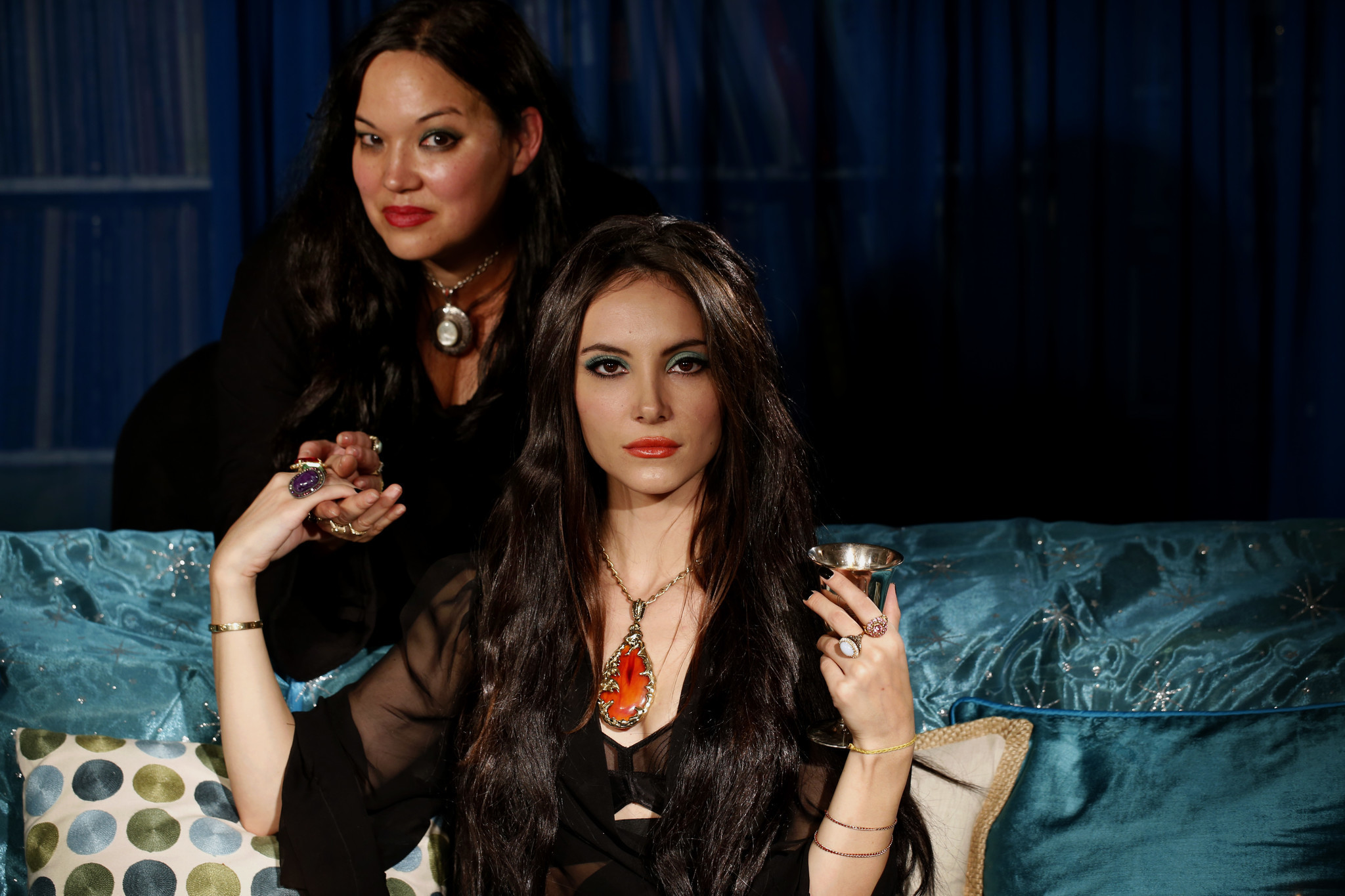 One of the only easy nitpicks is the cheesy dialogue and basic story. There’s a need for some melodrama but mixing that with such a pulpy story feels excessive. That’s the problem with going so deep into this niche genre; the style choices can be a bit abrasive. Knocking the film for doing exactly what it should doesn’t seem fair but it still needs to be pointed out it can be cringe-worthy at times.

Samantha Robinson plays Elaine with a stiffness that fits the character but comes off cold to the viewers. She delivers almost no emotion the entire time but it’s all heavily thought out. It’s stylized exactly for the time, giving an almost ‘Stepford Wives‘ performance, but there’s still a slight disconnect that kept me from fully engaging.

‘The Love Witch‘ is a must see for any cinephile or cult horror fan. Everything isn’t perfect but the effort put into this film is insane. Trying to capture the magic of a time in cinema that’s long past is something many filmmakers attempt but Anna Biller does it right.

'The Love Witch' Review: Director Anna Biller Resurrects The Dying Art Of Camp Horror'The Love Witch' takes you back to an incredible time in film. Any of the flaws in the film can easily be ignored because of how brilliant it is. Director Anna Biller created something unlike anything else out right now. This is exactly what horror needs right now.