With just a little over two weeks left in the year, we are rounding up our favorite comic book issues of 2019!

2019 was a great year for comics big and small, and narrowing our favorites down to those below was a near impossible task. These are simply our picks, but we want to know yours too, so be sure to comment and let us know what YOUR favorite covers of the year were!

Nominations were collected by publishers, creators, and the Monkeys Fighting Robots team, and were then voted on by the MFR team. Thank you to all the publishers and creators who contributed nominations; we can’t wait to see what new goodies you have coming in 2020!! 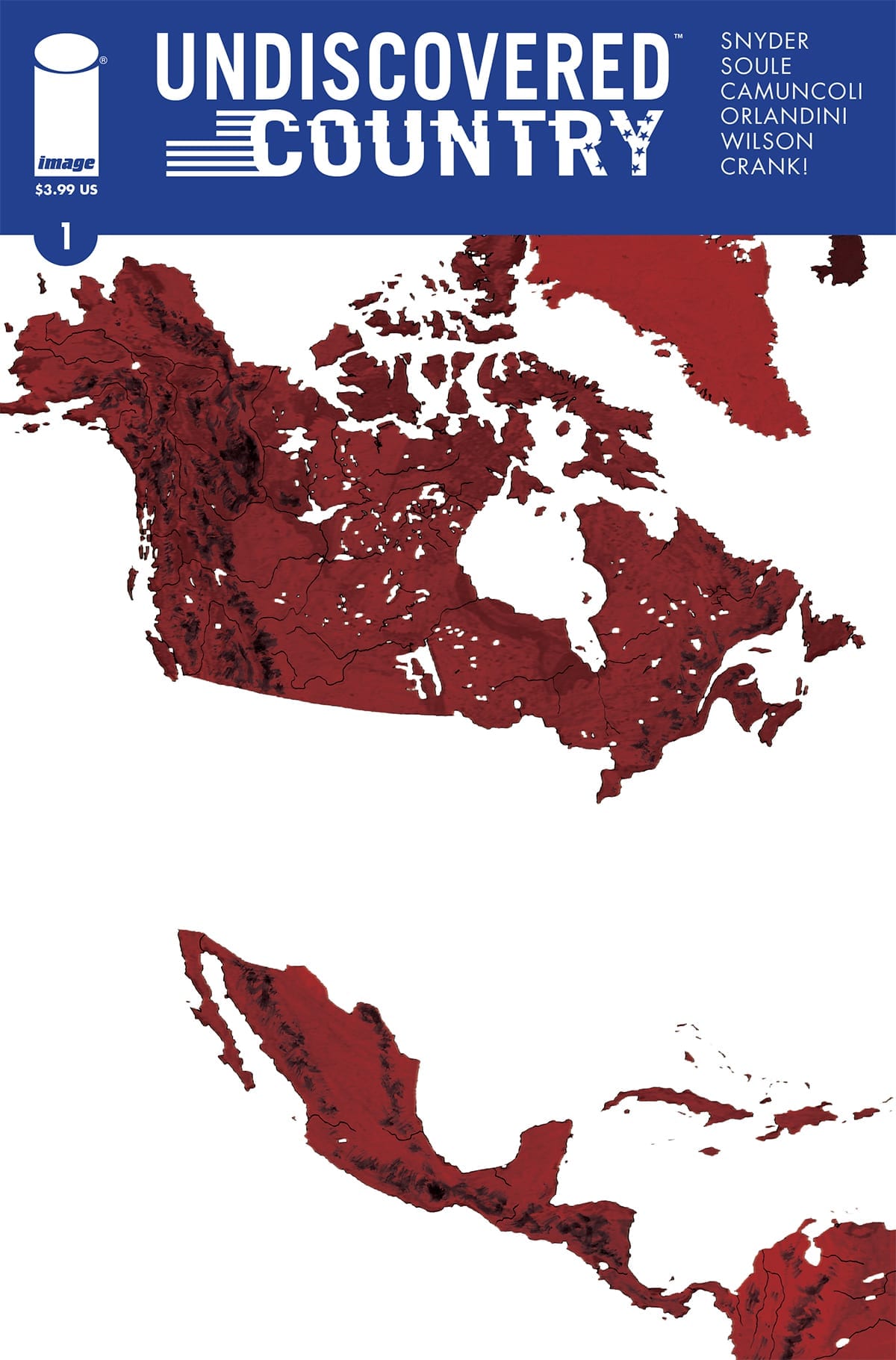 Undiscovered Country was one of 2019’s most anticipated books, and it sure delivered. It’s topical and exciting, with a top-tier team behind it. 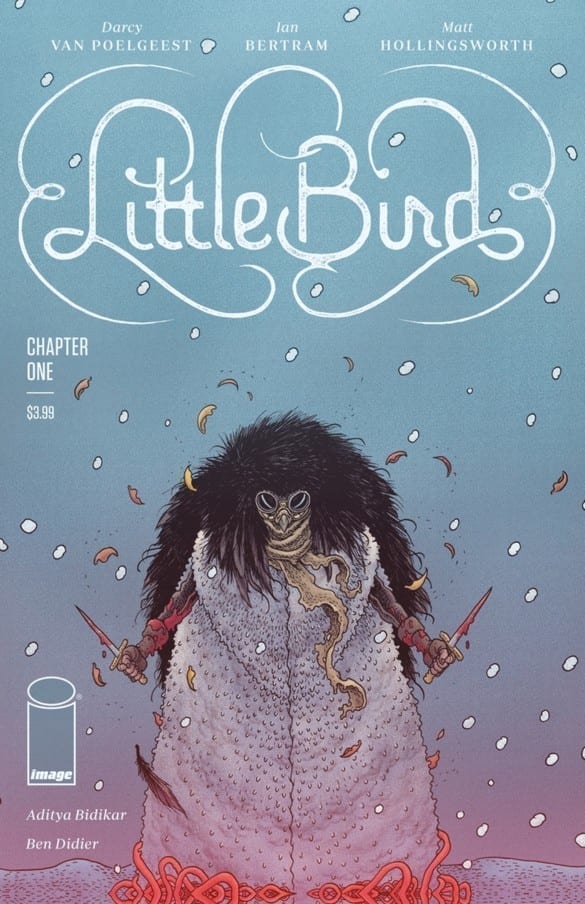 One of the most visually striking books of 2019, Little Bird is like East of West meets Saga. MFR critic Darryll Robson called it a “must read.” 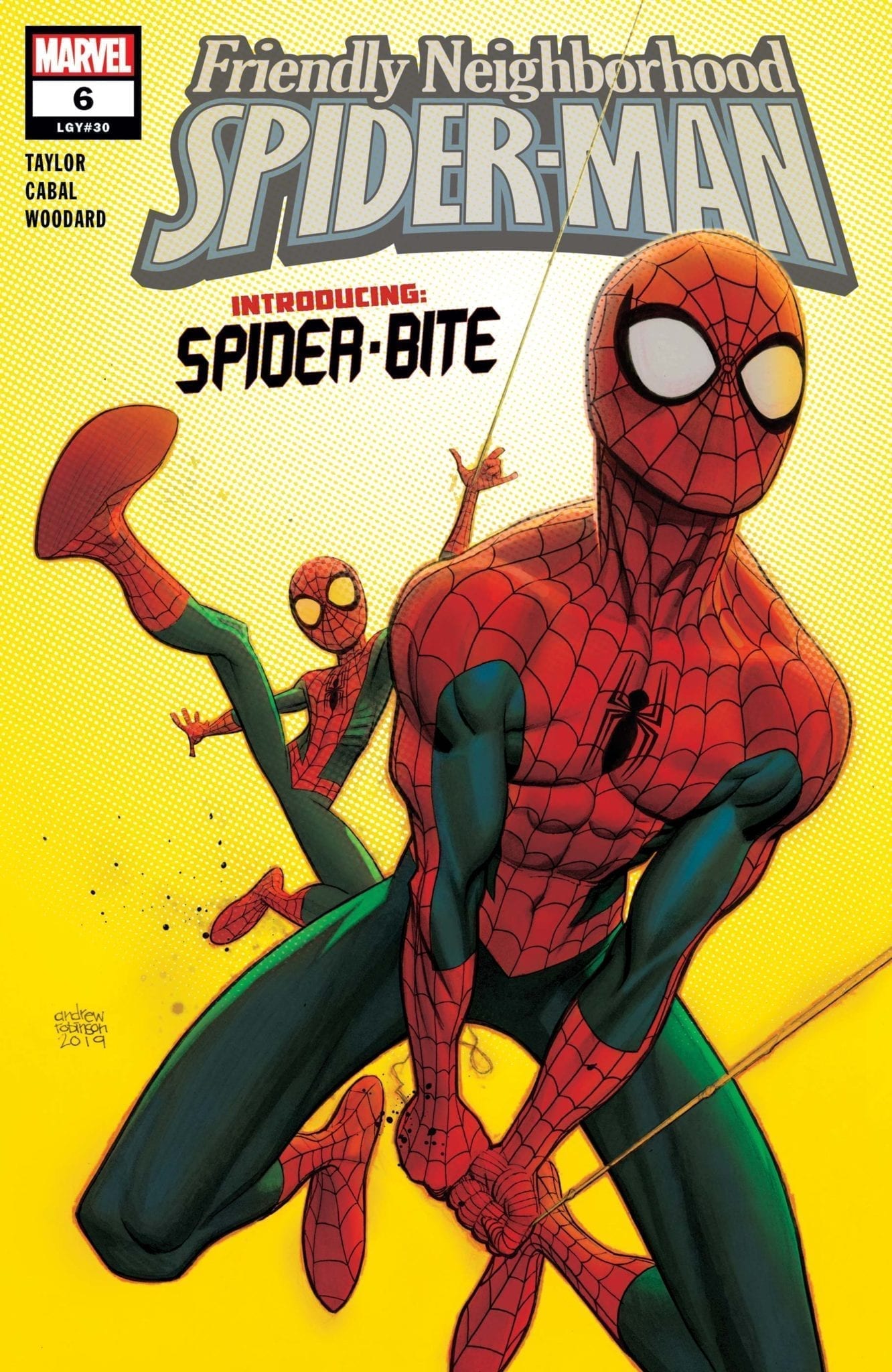 Tom Taylor ruined Spider-Man for me, because now I know how good his Spider-Man is, and no other writer will be able to compare. Every issue of Friendly Neighborhood was incredible, but this is the one that will go down in the annals of Webhead History. 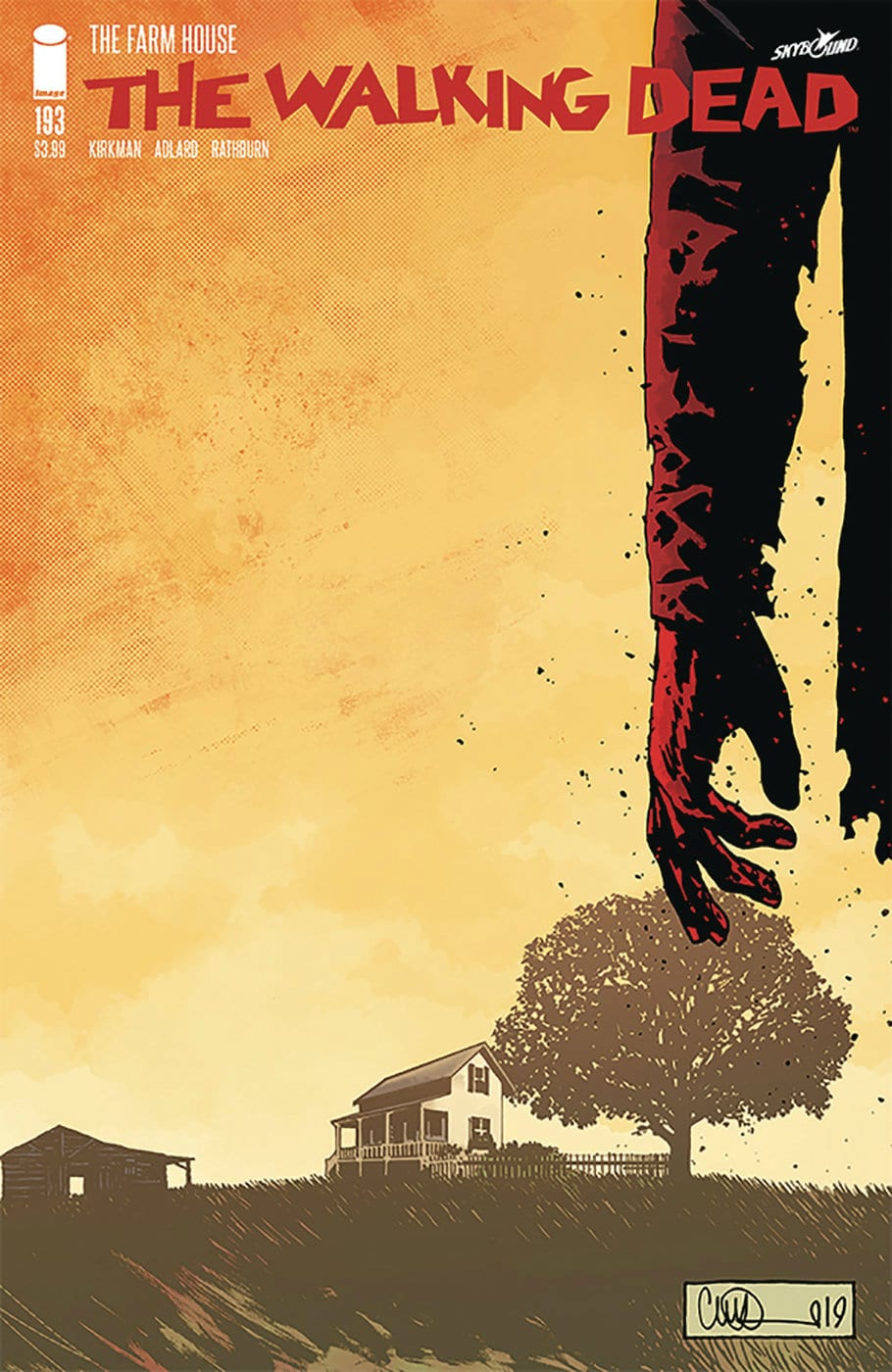 One of the biggest comics of the last twenty years came to an end this year, and somehow managed to keep it a surprise. Congrats to Robert Kirkman, Charlie Adlard, and the whole Walking Dead team. This was a beautiful sendoff. 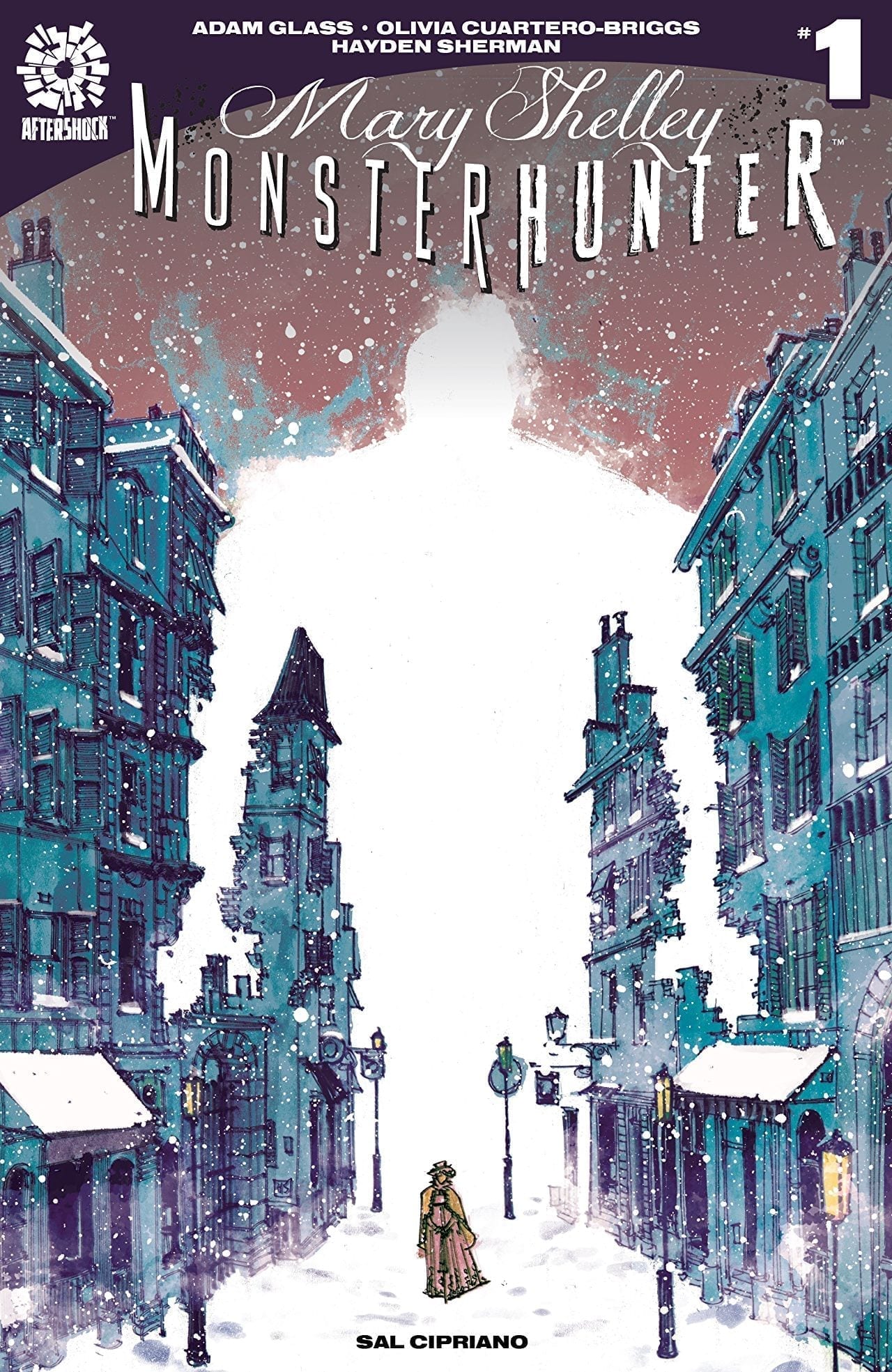 I mean, it’s right there in the title: Mary Shelley. Monster hunter. With a premise like that, how could you go wrong?

Our Favorites From 2019 (in no particular order): 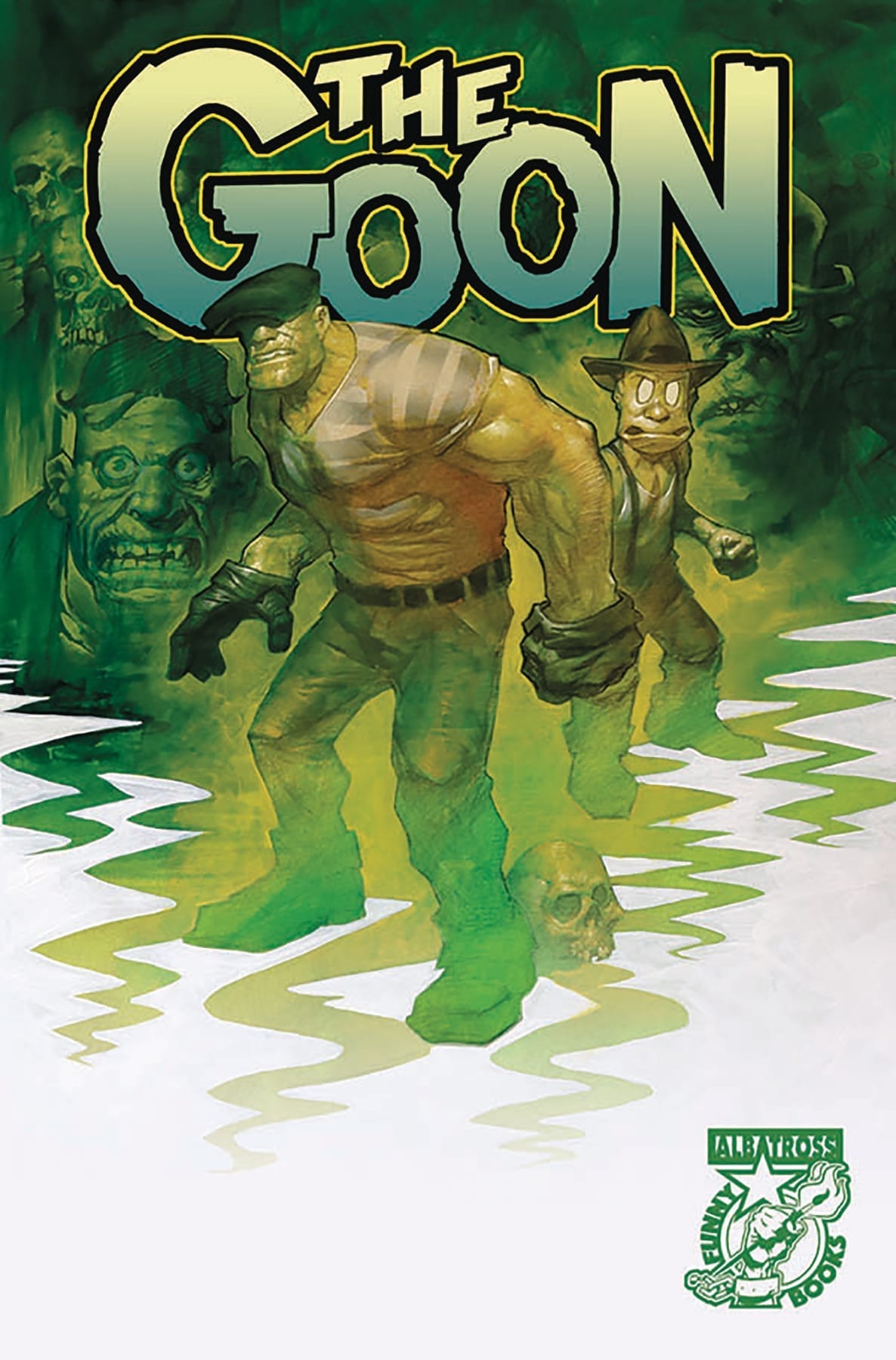 The Goon is back in all his glory! Eric Powell brought back his signature book at his own publishing company, and this series hasn’t missed a beat. Everything you loved about classic Goon stories is here: it’s funny, it’s exciting, and Powell’s art is about the best you can find. 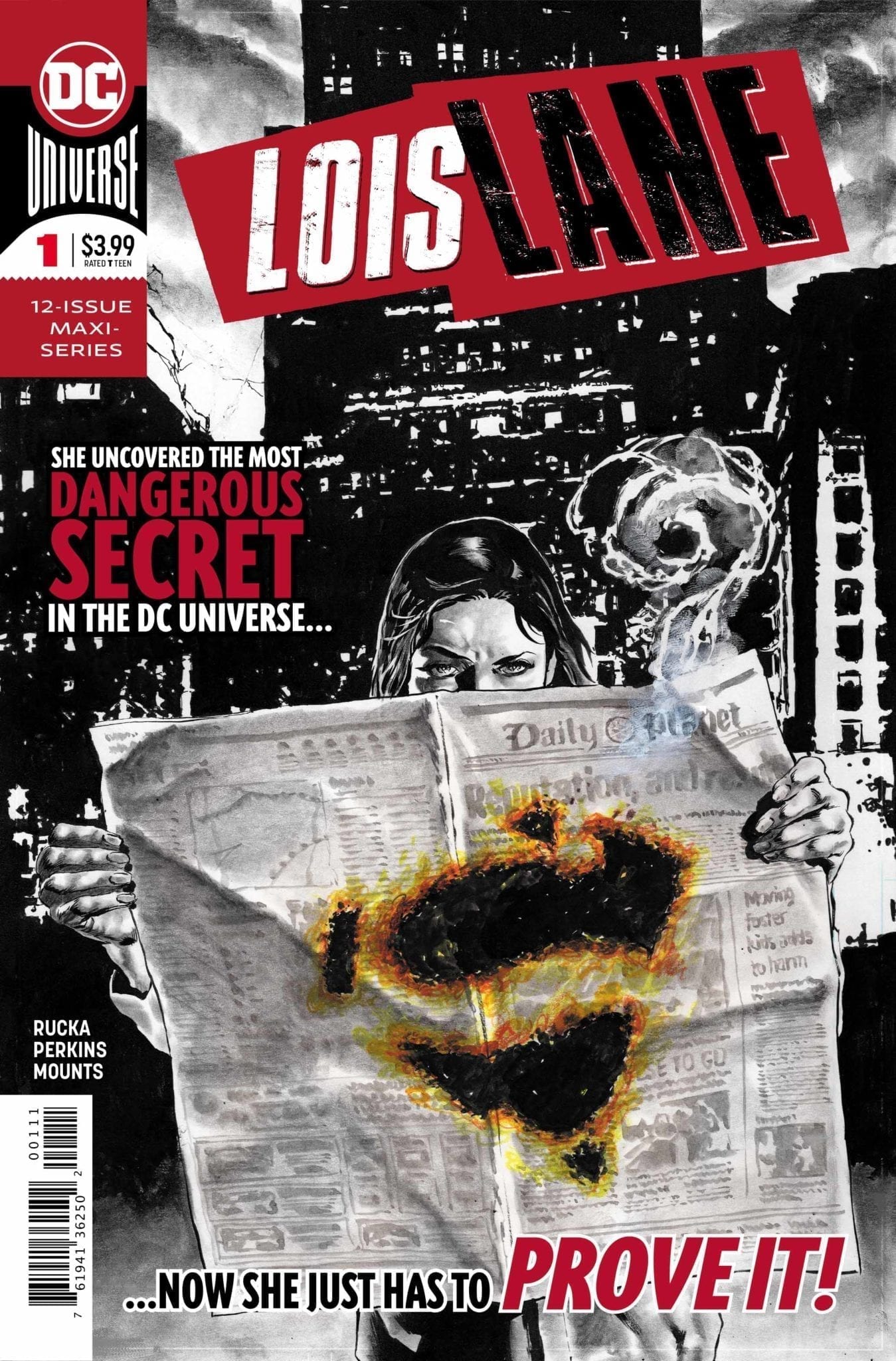 A hard-boiled investigative journalism comic starring Lois Lane is EXACTLY what 2019 needed. If you’re looking for a smart, topical story, like All The President’s Men set in the DC Universe, this one’s for you. 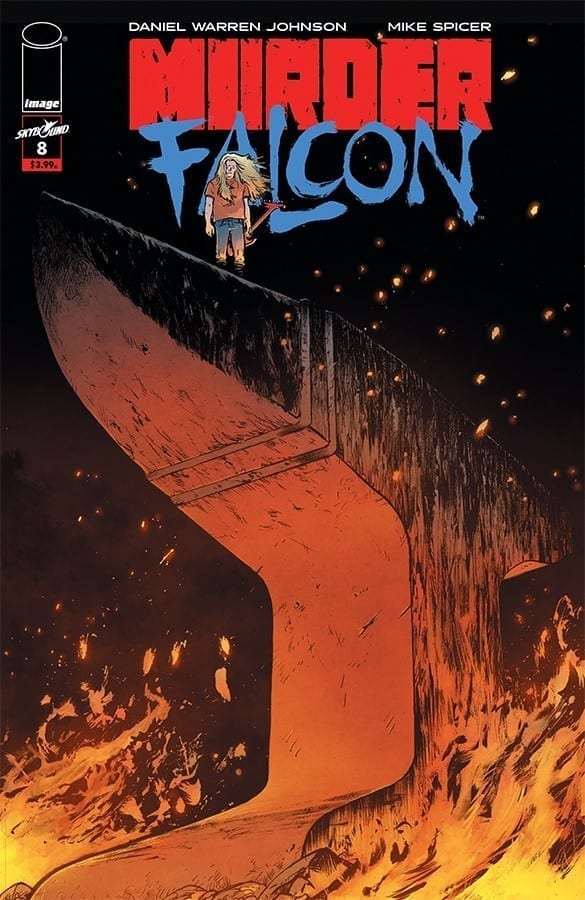 Murder Falcon was one of our most celebrated books on MFR this year, and issue #8 closed out the story in tremendous fashion. Daniel Warren Johnson is an absolute pro, and he embodies the concept of “metal” in comics. 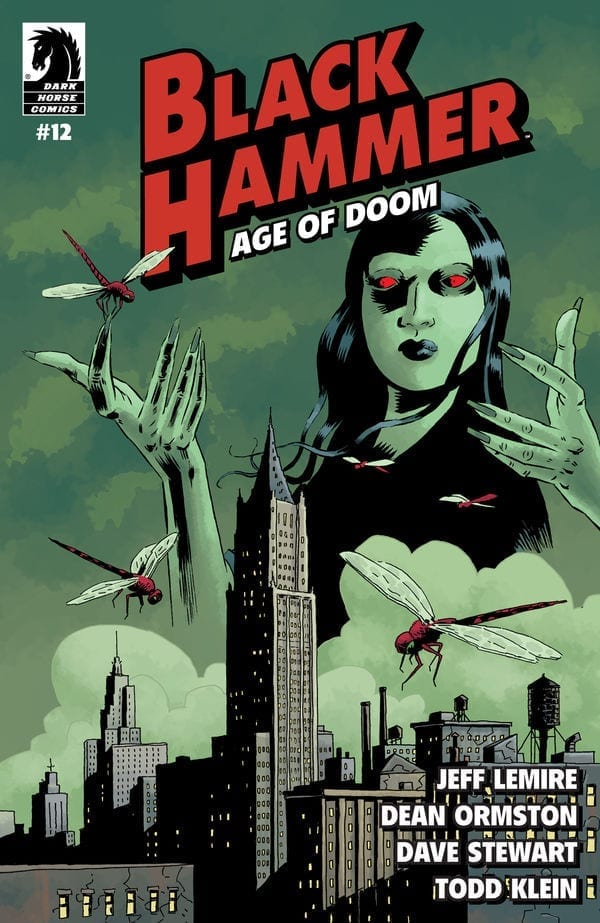 The best superhero comic of the decade came to an end this year. Black Hammer is a celebration of superhero comics, while also elevating the genre to new heights. And yea, Jeff Lemire is one of the best writers working today, but Dean Ormston’s art is chilling and packed with emotion. 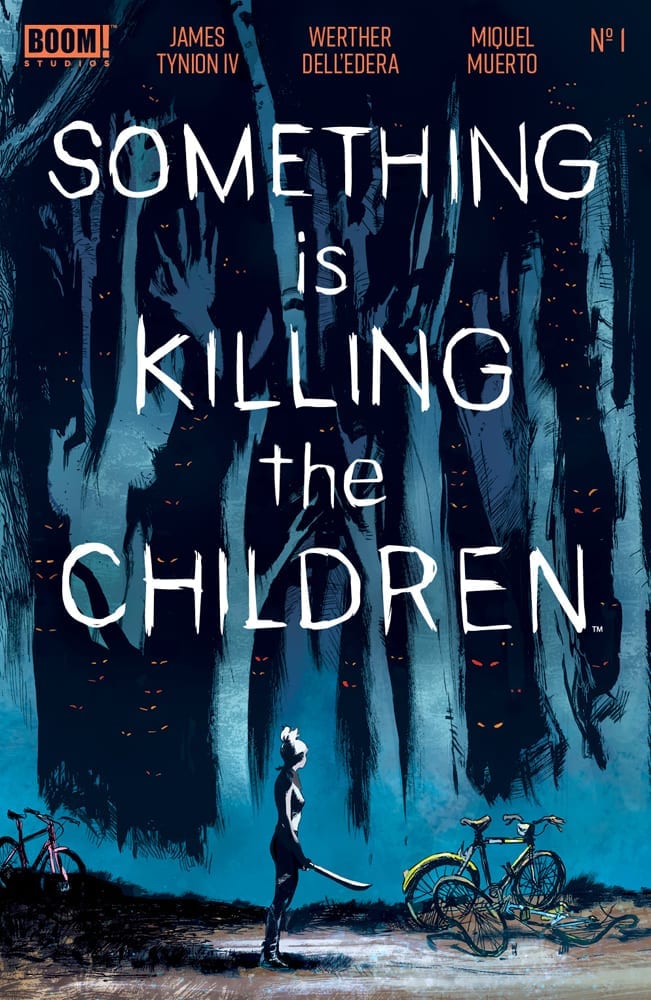 BOOM! Studios had some major hits in 2019, and Something Is Killing The Children was one of our favorites. Cody Walker said the book is “full of intrigue and with plenty of blood and gore to satisfy any horror lover,” and he ain’t lying. This instantly became a must-read for horror fans, and much of that has to do with Werther Dell’Edera’s art and monster designs. Read it with the lights on! 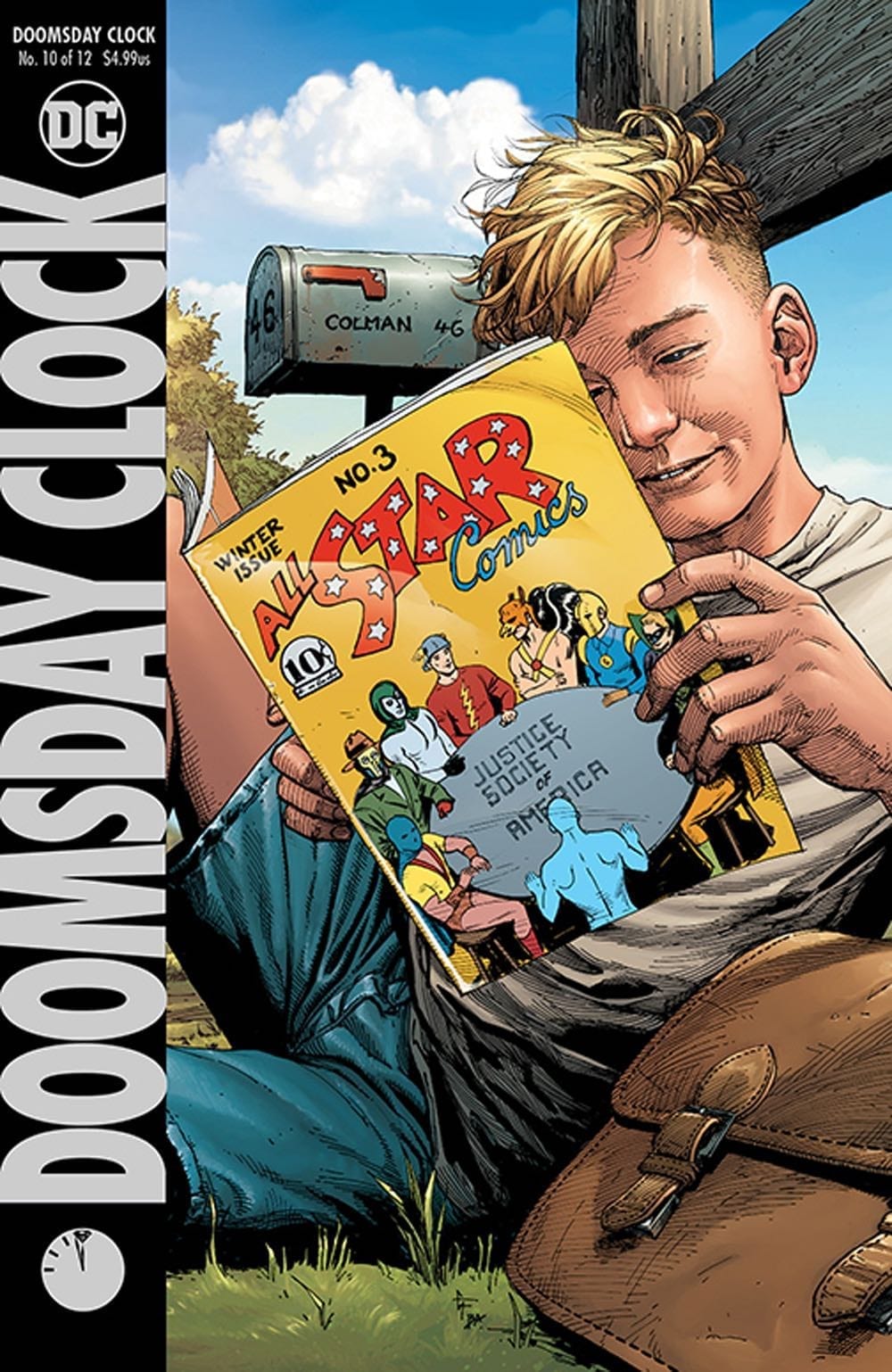 Doomsday Clock was a series plagued with delays, but the fact that readers stuck around is a testament to how good it is. Issue #10 is where everything starts to click into place; Doctor Manhattan’s story is revealed, and it leaves you begging for more.

Especially more of Gary Frank’s art — his work has been worth the wait. 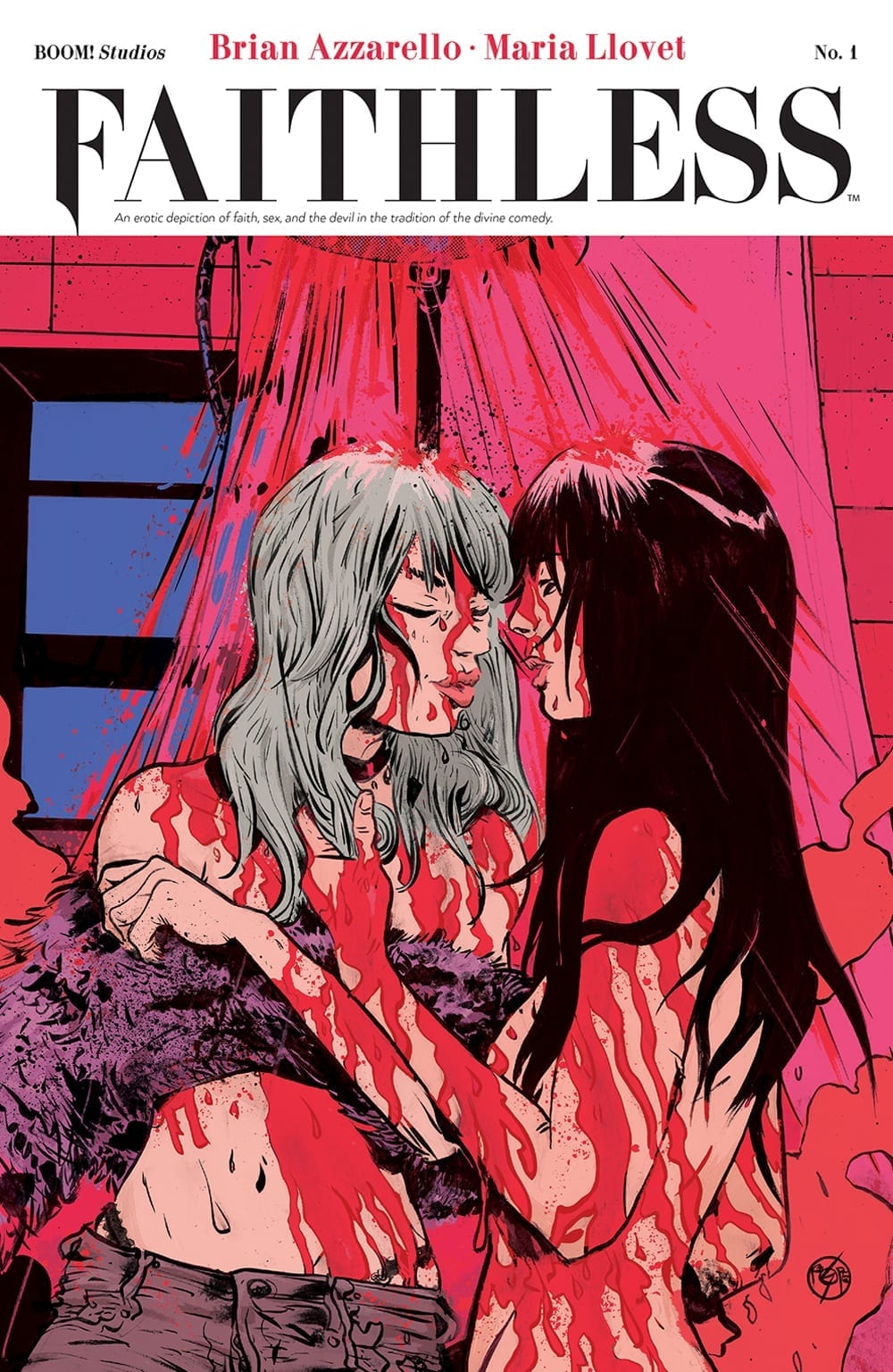 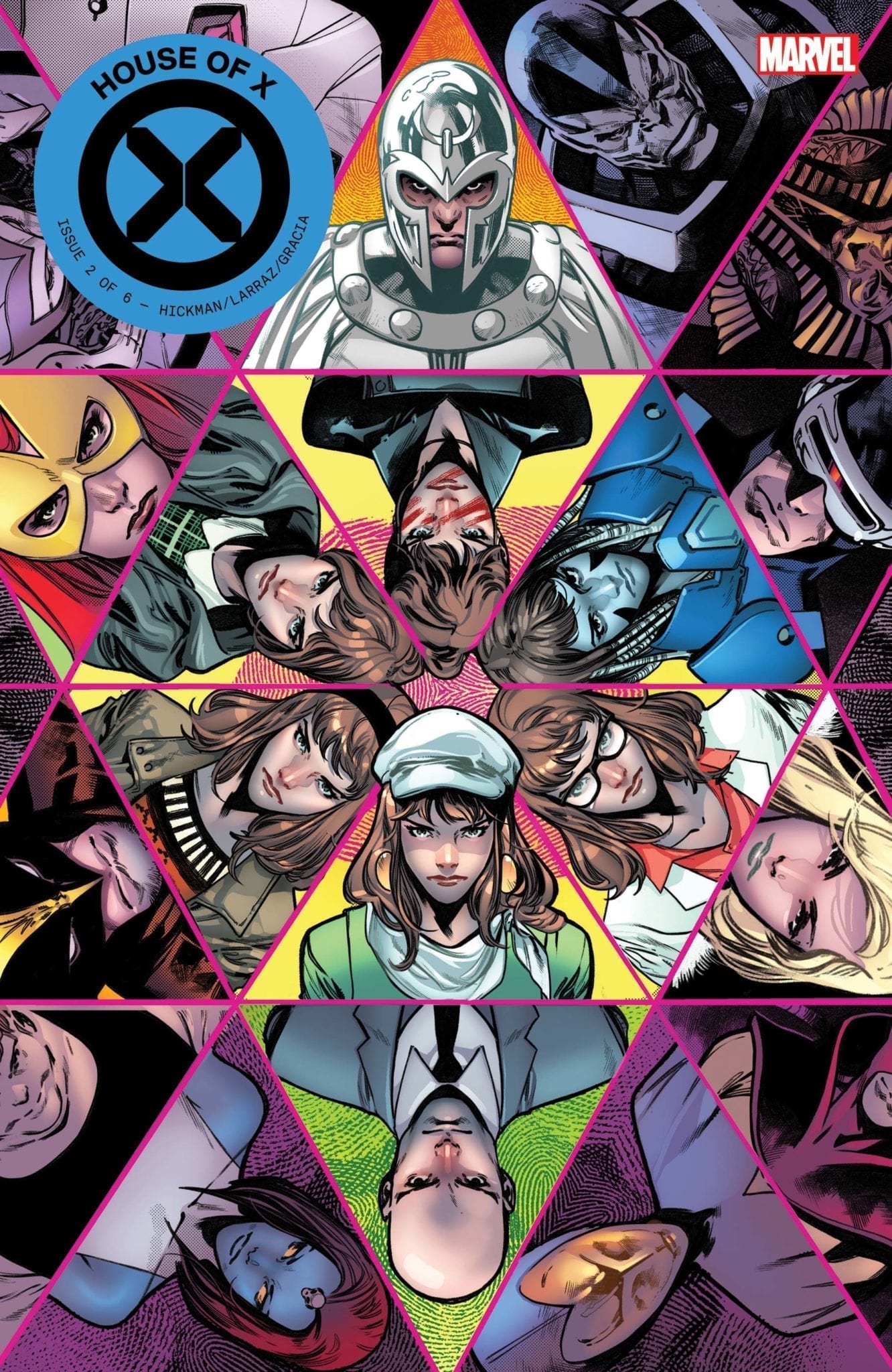 We all knew Hickman’s X-Men was going to be a game-changer, but House of X #2 is the one that showed us just how big a game-changer it was. This is the “Moira issue” everyone at your local comic shop was talking about, and Pepe Larraz along with Marte Gracia supplied some of the best X-artwork we’ve seen in a long time. 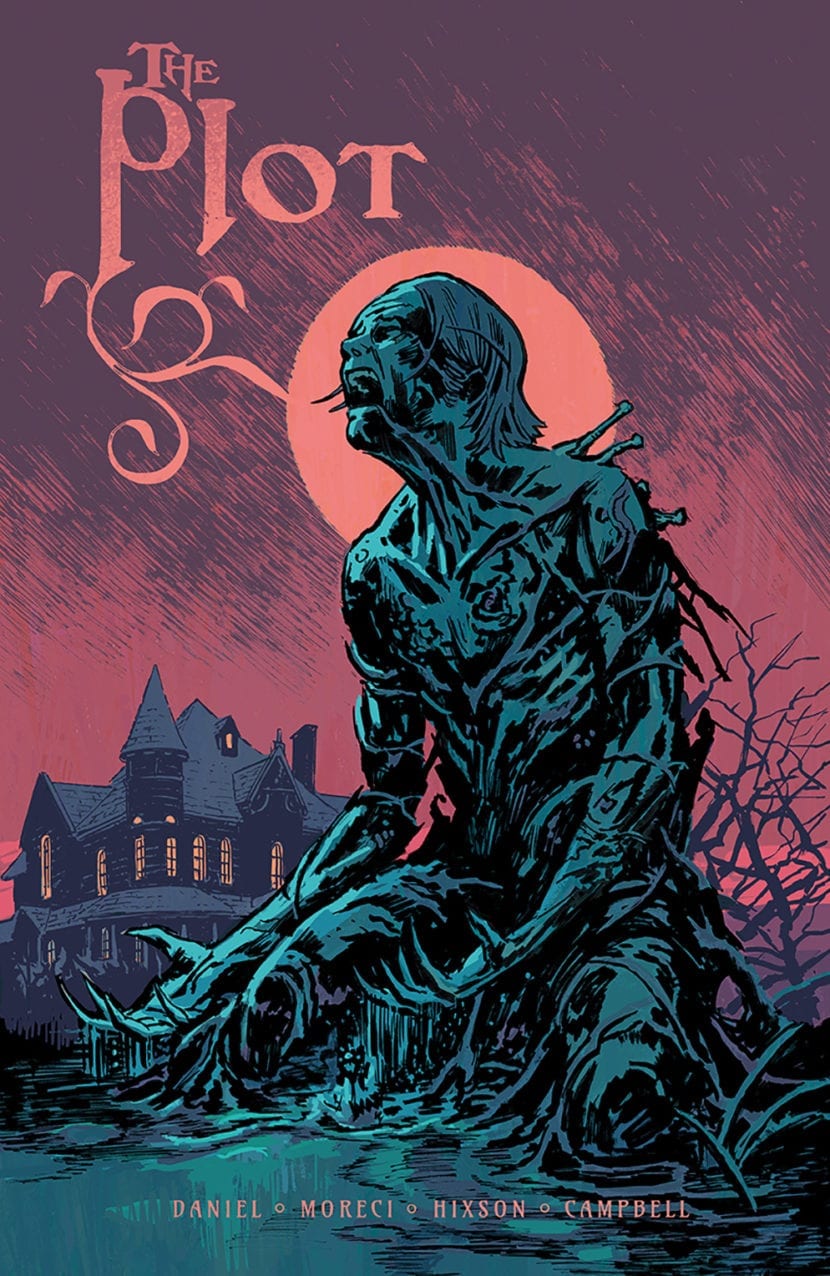 By now, you’ve probably heard the hype surrounding Vault Comics. 2019 belonged to Vault. The indie comics publisher extraordinaire just pumped out hit after hit after hit, but The Plot was the cream of the crop. If you like horror stories rooted in family drama, a la Locke & Key or The Haunting of Hill House, this series does it like no other. 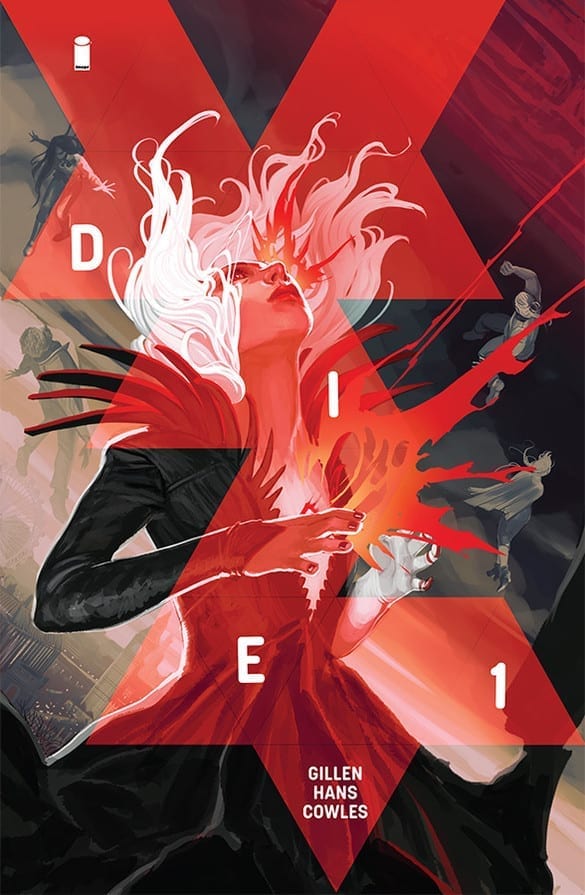 And that brings us to Die! Kieron Gillen and Stephanie Hans’ Image series takes everything fans love about RPGs and the fantasy genre and dilutes it into a near-perfect comic. It’s gorgeous, it’s gut-wrenching, and it’s full of twists and turns that will make you scream… and that’s just this first issue!!

What were your favorite comic books from 2019? Let us know in the comments!

6814
Find out how to get the
Monkeys Fighting Robots magazine!