Review: BLACK HAMMER: AGE OF DOOM #12-The End of an Epic

With Anti-God threatening existence once again, Abraham Slam, Golden Gail, and company are forced to make a difficult choice in Black Hammer: Age of Doom #12, out this week from Dark Horse. 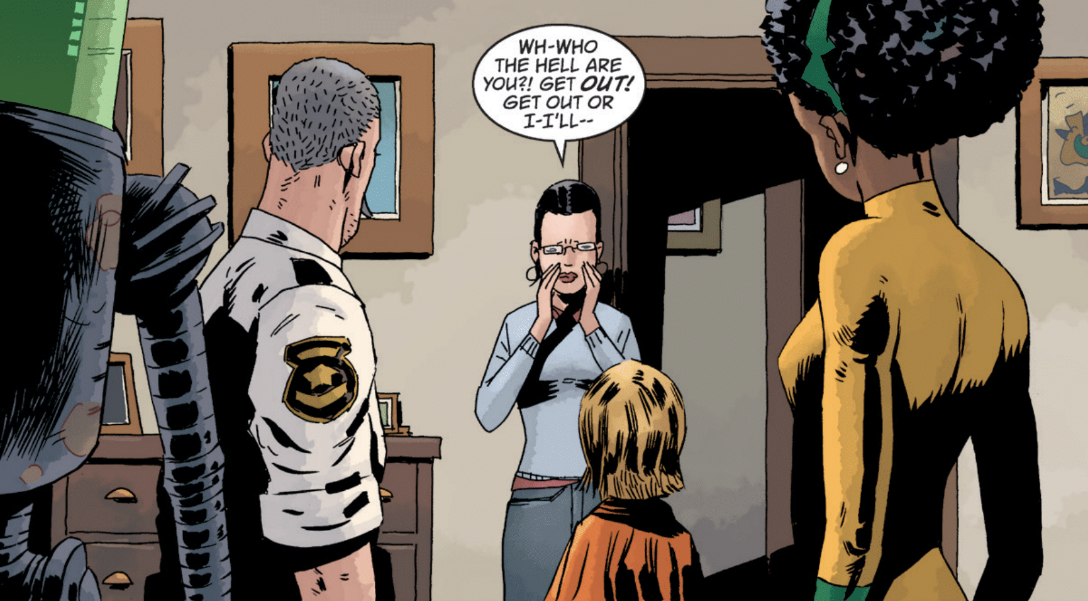 Black Hammer has never been your typical super-hero comic. This is not a story about a team of heroes fighting their rogue galleries in new and exciting ways. This is what happens after. It explores the humanity and emotion of a diverse group of people that never really shared much in common except super-powers and the desire to help people. The team is dealing with what to do to defeat Anti-God, but that is not what this story is really about. This is about a makeshift family coming together and finding serenity for themselves in a way that also saves the world. 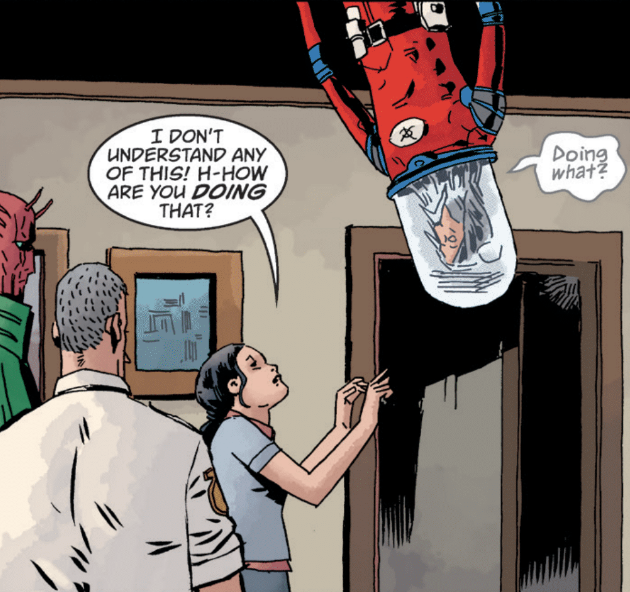 Black Hammer is a Jeff Lemire creation with artist Dean Ormston. Dave Stewart handles the colors, and Todd Klein takes care of the letters. Stewart stays very busy in the industry, and it is easy to see why. His diverse skill set seems to fit just about any art style and always brings out the very best in every artist he works with. Going from the extremely vivid colors of Silver Surfer: Black to a more realistic palette for this story; Stewart is a executive-level talent.

While there was not much action that would’ve given Klein plenty of work; his lettering always feels perfect. It has an old pulpy science fiction feel that merges right into the storytelling.

Black Hammer: Age of Doom #12 starts right in the thick of it. There is no time to waste and not a single lull in the narrative. Time is not on the side of our heroes as Anti-God’s looming presence is felt. Abraham Slam and company returning to this reality has tipped the scales again, so Anti-God is on the way to even it out.

The team has to come together at Madame Dragonfly’s disguised cabin of horrors. Dragonfly wiped their memories upon coming back and have been reminded (rather violently) by Black Hammer’s daughter Lucy. Dragonfly remembers everything. She was still attempting to get her own “fresh start,” but her new life was really just an illusion created inside her magical cabin.

Anti-God will manifest and destroy everything Dragonfly has done, and without a horde of extra heroes, they cannot defeat him in combat. Colonel Weird suggests there is another way; going back to the farm. Last time the group were sent there by an elaborate spell cast by Dragonfly, and although it worked, they were unaware that it was magic and treated it like a prison. They had not yet confronted the love they have for each other and what it means to be a family.

You live, and you learn, and that is precisely what Dragonfly used to find serenity at the latest version of the farm. This time they are going willingly and without their memory, but they also get to be a real family together. Abraham Slam is as happy as can be taking care of his new family. What else really matters? 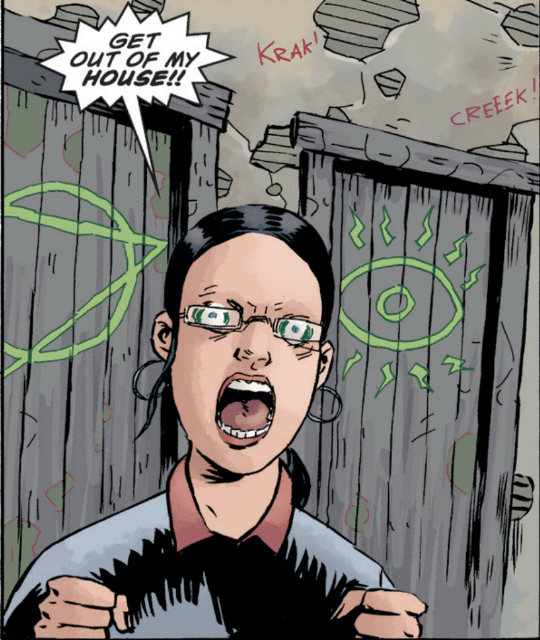 Black Hammer: Age of Doom #12 is a fantastic and emotional ending to the main story in an extensive universe. I cannot wait to dive deeper into the Black Hammer universe with Lemire and company. I also don’t believe we have seen the last of Abraham Slam, Golden Gail, Madame Dragonfly, and the rest of the crew.

What did you think of Black Hammer? Do you hope there’s more from Abraham Slam and company? Let us know in the comments.

Black Hammer: Age of Doom #12 is a gloomy yet heart warming ending to an amazingly crafted story.Review: BLACK HAMMER: AGE OF DOOM #12-The End of an Epic