Review: THE GOON Is Back In All Its Glory

After an almost four-year hiatus, The Goon is back at Albatross Funnybooks, and it comes back without missing a beat.

The series is written and illustrated by its creator, Eric Powell. Colors are by Rachael Cohen and Powell.

For the uninitiated, the comic follows Goon and Franky, two small-time thugs who fight zombies, gangsters, and all sorts of other monsters in their small town. And if you are uninitiated, have no fear: you can jump right into The Goon #1 without having read the prior series. One of Goon‘s greatest strengths has always been how easily accessible it is. New readers can jump into the story at any point, and this new volume is no exception.

Everyone can breath a sigh of relief, because Powell gives fans exactly what they want in this return. The Goon is as great as it ever was. The humor you love is back, as are the crass remarks and explosive fistfights. And Powell’s art has only gotten better. 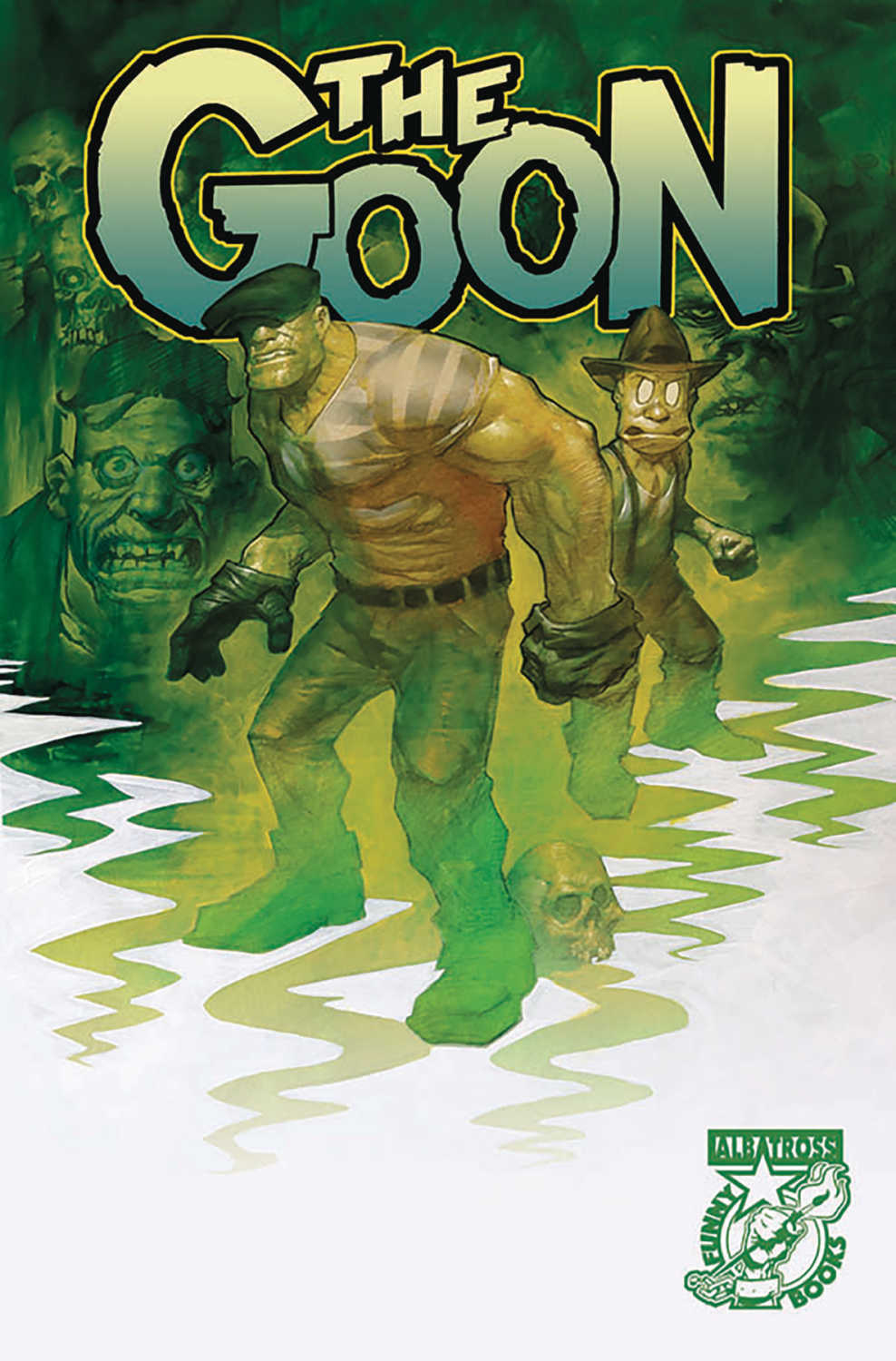 It’s hard to explain what exactly makes Eric Powell’s work on The Goon so great. He creates a tone that just enamors and hypnotizes you. His inking and coloring is so distinct. It can be sketchy and rough, which just enhances the tone, and it adds depth to the work, as well as this dreamy, ethereal atmosphere. It’s like there’s a constant fog over this creepy and mysterious world that pulls you in and keeps you there.

Rachael Cohen joins Powell on colors, a change from Dave Stewart, who colored much of the original run. The change is noticeable, and you can tell which panels Cohen colored as opposed to Powell, but it’s also welcome. Cohen still captures the spirit of The Goon in her work, while giving this new series a fresh feel.

As far as the humor goes, Powell makes you laugh out loud throughout this entire debut issue. It’s a return to the very early days of the series. The jokes come at you fast and furious, and Powell is a master of comedy. The way he structures jokes, the way he paces and executes them, it’s just brilliant. And it’s not even just jokes; sometimes just the way a character talks will make you chuckle. Plus, the visual gags kill just as hard as the written ones

Look, The Goon is a lot of things. Yes, it’s horror. It’s noir. It’s comedy. But above all else, it’s its own thing unto itself. It’s The Goon, and it looks, sounds, and feels like no other comic you’ve ever read.

And listen, we’ve talked a lot about comedy and monster fighting here, but if this is your entry to The Goon, know that there’s so much more to this series than just that. This comic has serious heart. It has the power to wreck you emotionally, and it has abused that power in the past. It’s one of the single most beautiful comics this reviewer has ever read, both visually and thematically, and that’s why it’s endured over all these years.

We can rave about The Goon all day, but the bottom line is that you have to read it yourself to understand the hype. It’s something you have to experience firsthand, but be warned: once you enter this world, there’s no leaving. 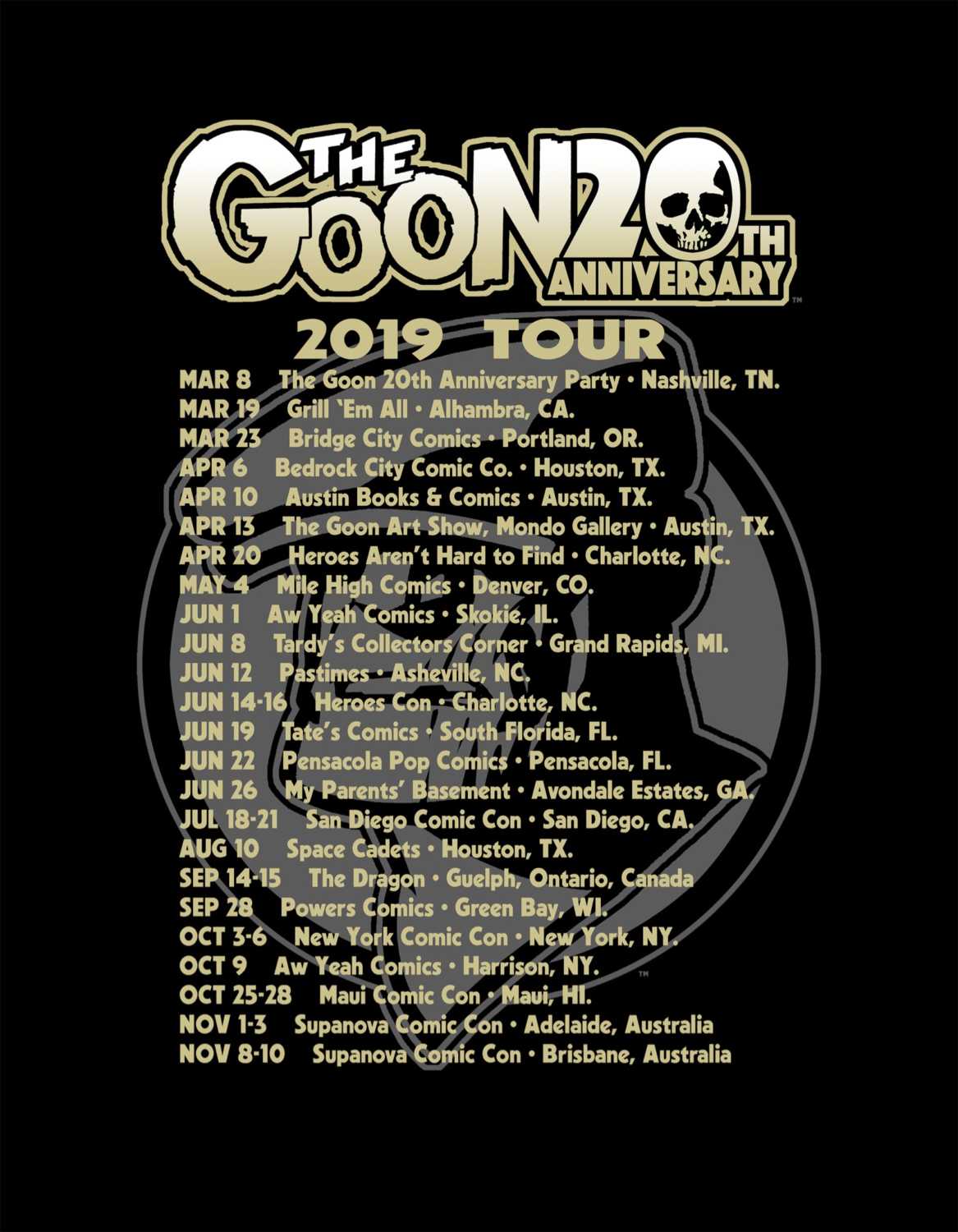 THE GOON is back, baby! And it's like he never left.Review: THE GOON Is Back In All Its Glory