“Wild Wild West, Jim West, desperado, rough rider. No, you don’t want nada.” These profound lyrics from Will Smith feel like they were written exclusively for Undiscovered Country #1, out this week from Image Comics. 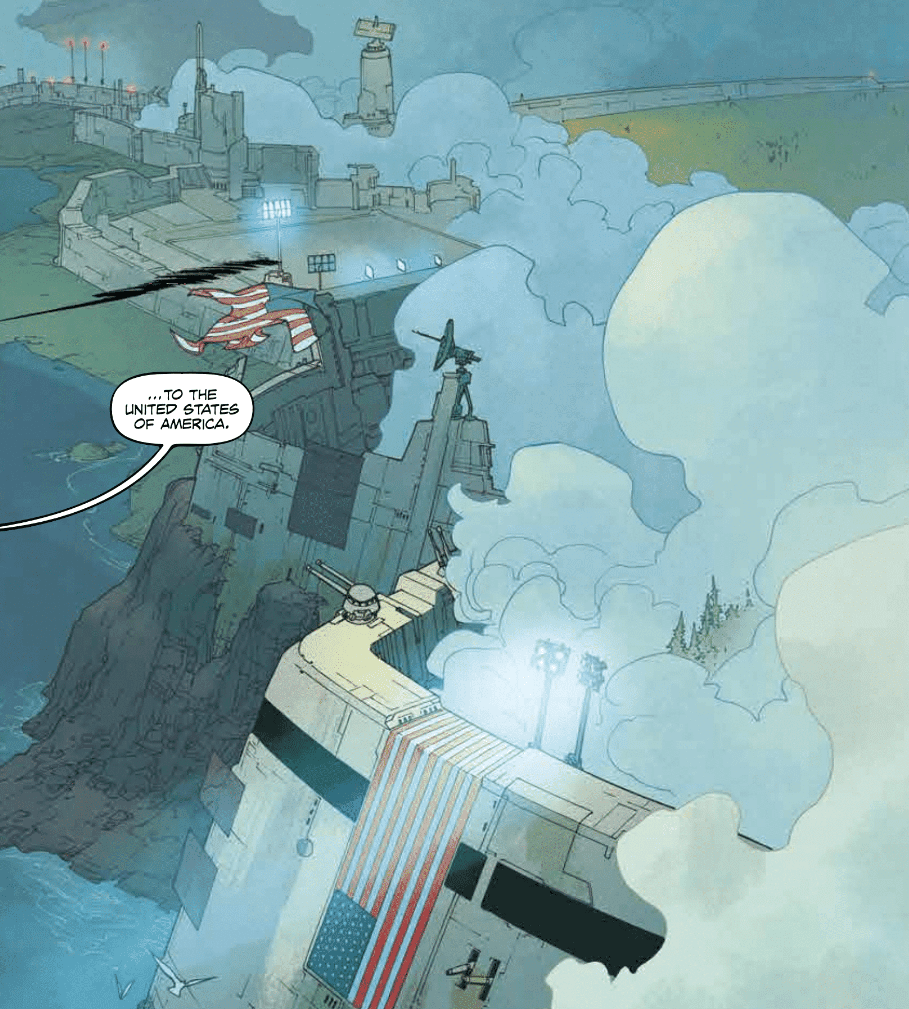 Scott Snyder and Charles Soule bring an over-the-top history-based fantasy to the table with Undiscovered Country #1. Giuseppe Camuncoli is the visual creator of the team, and Daniele Orlandini takes care of the inks, and Matt Wilson has the colors. Lettering for this book is done by the one and only Crank!.

Snyder is never secretive about his creative process, especially when teaming up with another writer. This first issue takes readers behind the curtain and explains how this story came together and gives insight into the painstaking process of designing logos and covers. Future writers will always be thankful for insights into other’s methods, as it can help tremendously when you might find yourself with writer’s block.

Soule is not a writer I am very familiar with outside of his work with Marvel. Admittedly, I lost interest in Curse Words pretty early on in the series, but not because it wasn’t good, just not something I’m usually into. That being said, the humor and fantasy in that story is a perfect experience for the craziness in store in Undiscovered Country. 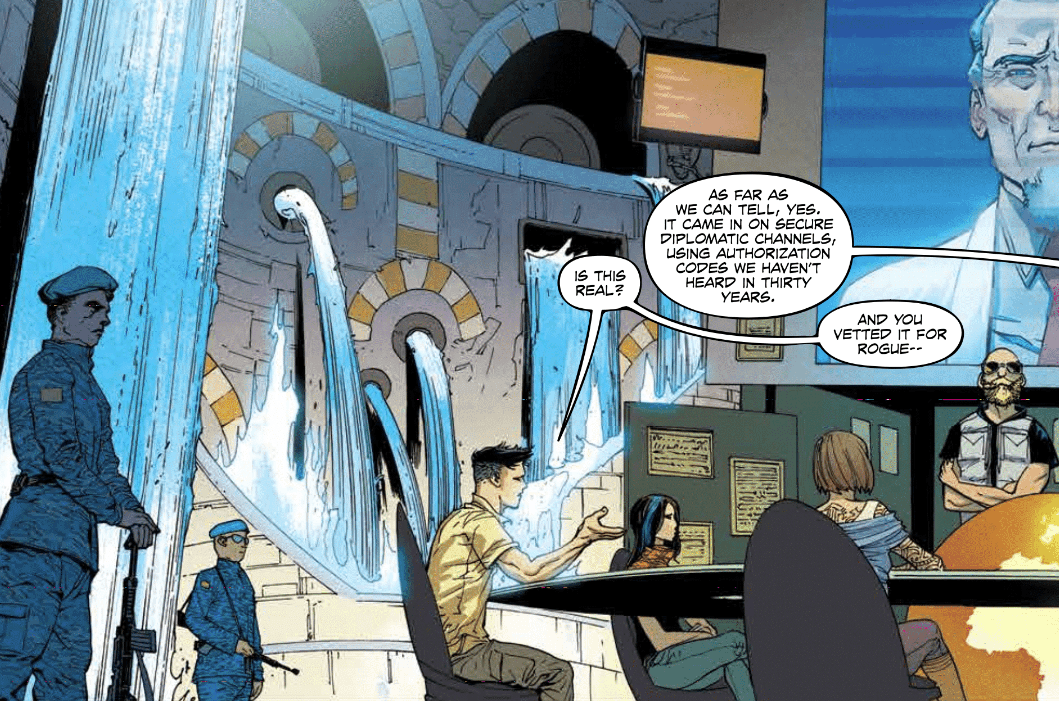 What starts out as something that feels very realistic, and honestly, it’s not that much of a stretch of the imagination to believe it could happen in the real world, quickly turns into something akin to Seven to Eternity or East of West. It doesn’t take any scientific analysis to see why New Republic Pictures have already optioned this property.

I am a massive fan of Camuncoli’s work on this issue. He does a magnificent job of catching the emotions on the faces of his characters. You can easily see the anxiety and nerves the characters are going through. The group doesn’t have the dreaded same face syndrome either, so it’s easy to differentiate the people we are being introduced to, right as they are thrown into the flames.

Orlandini works seamlessly with Camuncoli’s pencils. The lines are thin, detailed, and show the entropy taking place in this world. Inks in this issue are precise and keep the panels clean. There are no lines just for the sake of it, so our eyes focus precisely where they should.

Wilson’s colors bring this doomed world to life. There’s a virus-killing through the world outside of the United States of America. Infrastructure is crumbling as people have new priorities. There’s a haze covering the world, physically and metaphorically, and it shows. Everyone’s clothes are worn, faded, mismatched, and it truly feels like the people are helpless. Colors are paramount to making this world feel real, and Wilson nails it. 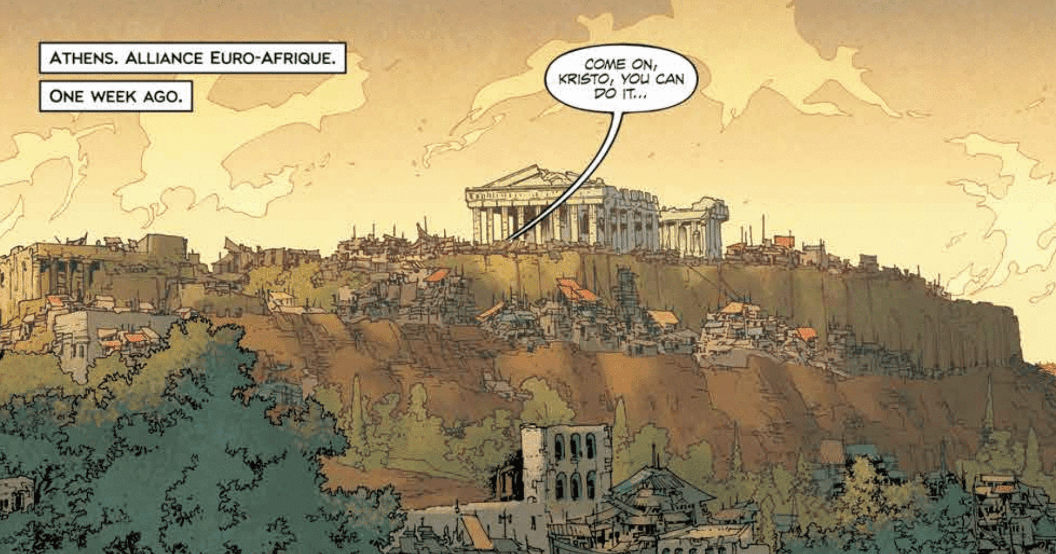 Snyder, thanks Crank! for giving a voice to all the characters with a real visual flair, and I’d have to agree with the sentiment. For a colossal world-building adventure like Undiscovered Country, it’s refreshing to know that someone, as respected as Crank, is along for the journey. A creator-owned title with so many big names working on it will be huge for the industry, and hopefully, fill that giant hole left at Image since The Walking Dead ended.

Undiscovered Country is immediately poised for success. It has already been optioned ahead of the release of the first issue, it has two great writers working on the comic and the screenplay, the world is expansive and can go on for as long as the creative team wants it to, and it is based on history and real-life events. It is action-packed, intriguing, and I’ve been hooked since the ashcan.

I will be recommending Undiscovered Country to any readers who have been looking for something else to dive into after The Walking Dead has left them with a void to fill. Fans of Black Science, East of West, and any other adventure books will love this as well. 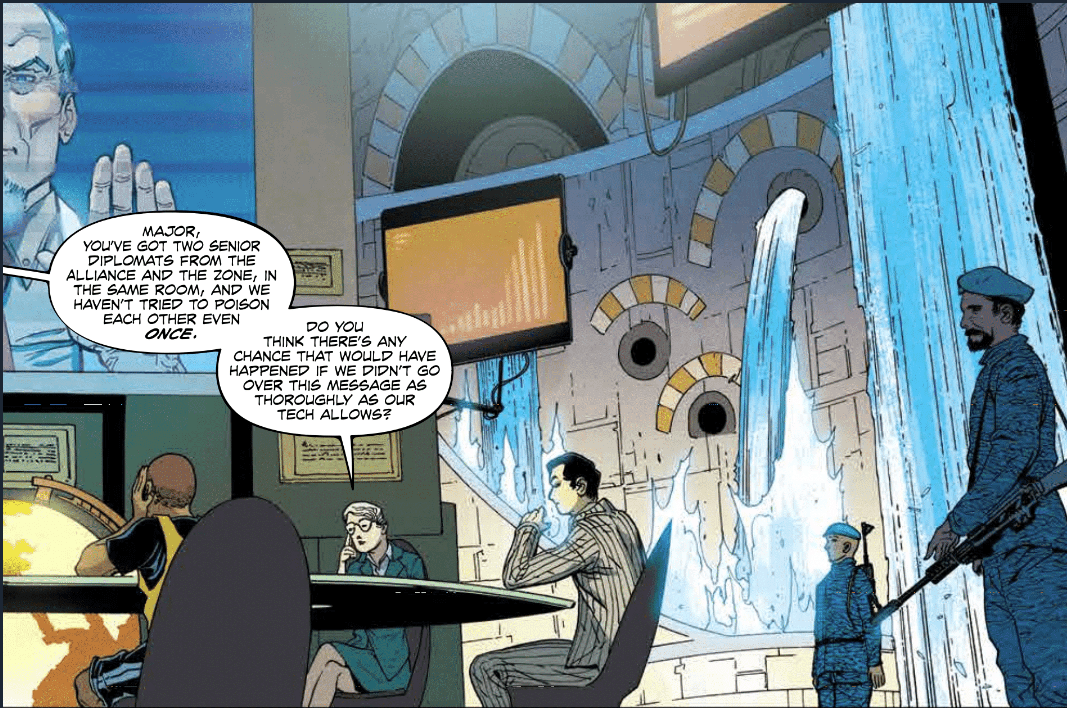 Whatever these people studied and trained for, nothing could prepare them for what they’ve stepped into. The United States of America has become something no one has ever seen before, and Uncle Sam needs you to join the revolution.

What did you think of Undiscovered Country #1? What events and conspiracies would you like to see come up in the story? Let us know in the comments below.

Review: UNDISCOVERED COUNTRY #1 - When I Stroll Into the Wild Wild WestUndiscovered Country feels like a worthy successor to The Walking Dead and it couldn't come at a better time, because I'm sick of zombies.