Review: SONIC THE HEDGEHOG #21 Feels Like THE WALKING DEAD

Thanks to IDW Comics, Sonic The Hedgehog and team continue to fight against a virus turning everyone into zombie robots (Zombots), the team keeps getting back into a corner. Is this the issue where they turn it all around or do things get much worse from here?

As Tails works to create a cure to the virus, Tangle and Whisper work to fend off the rampaging horde of Zombots. 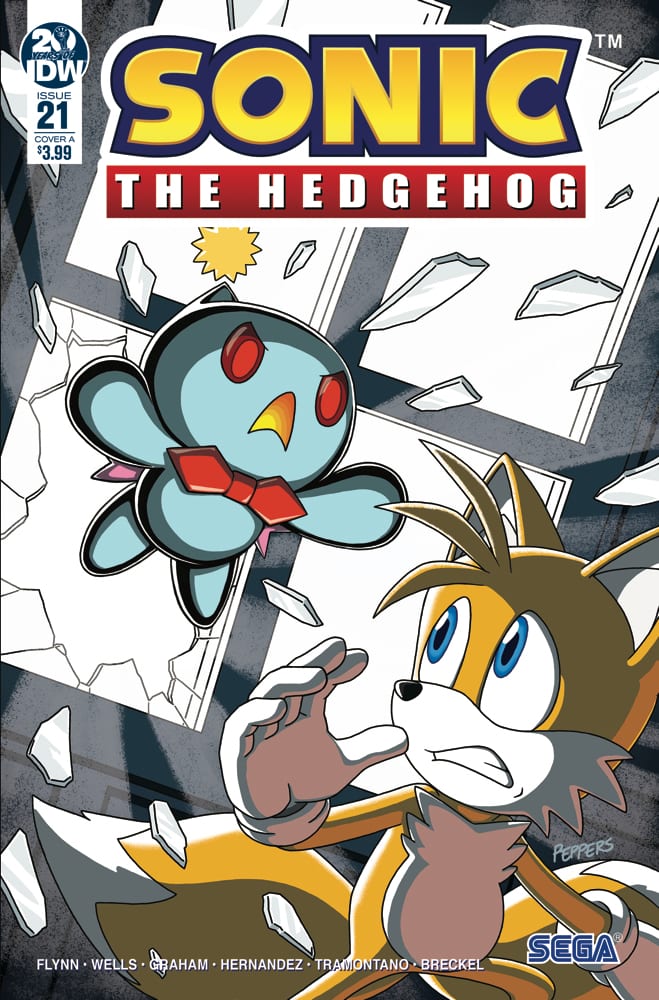 This is where the storyline really seems to lean more into the idea zombie takeover theme. Tails spends half the issue laying low and doing his best to research the virus. The other half he finds he has been corned and has no choice but to fight his way out. This mixture of quiet moments mixed with sudden life or death situations is what the zombie genre is known for. The issue serves almost as a testament to the different ways a series like Sonic The Hedgehog can explore other genres and themes.

The story by Ian Flynn puts a great focus on each character to help move the overall plot along and make each scene have weight. Between Tails’ research, Whisper and Tangle’s action scenes, and Dr. Starling working a scheme elsewhere, the plot of the “zombot virus” saga is moving at a very smooth pace. It seems like things will get much worse for the good guys before it gets better. 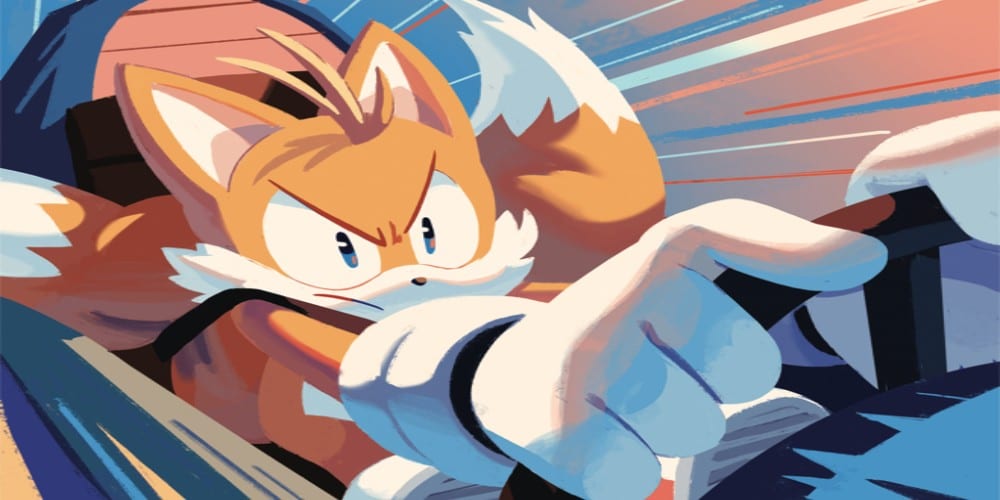 The art of this work is impressive and isn’t hampered by having too many hands working on the issue. Lamar Wells is credited overall for the art but Reggie Graham, Jennifer Hernandez, and Priscilla Tramontano are each work on different pages. The fact there is no major shift between art styles even though many artists are working on the issue is a testament to the teamwork of the group.

The coloring by Heather Breckel helps to convey the shift in tone with the issue. From the pale moments meant to throw the reader off to the impending danger and the shift to intense action emulating a rush of adrenaline adds to the overall feel of dread in the atmosphere. Also, the little bits of shadowing here and there give a great sense of foreboding in just the right places. 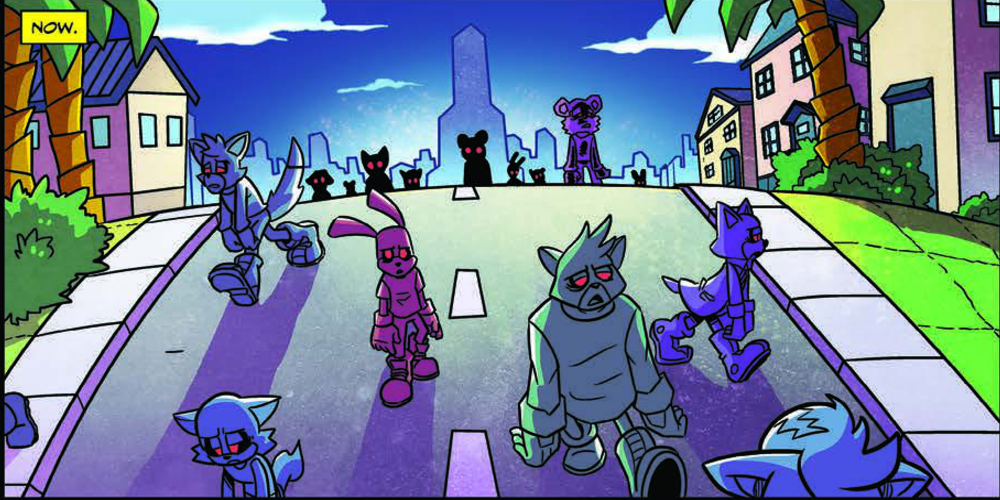 Shawn Lee’s lettering work is what really helps to add the final cherry on top to make the story feel like it is taking place in a zombie movie. The sudden use of sound effects of trash cans being knocked over and walls being torn down makes it so the reader can actually hear how the scene should play out.

Sonic The Hedgehog #21 is a compelling issue and showcases the unique opportunities a storyline like this is able to present to the reader. Lots of action and close calls occur as the zombots prove to be an overpowering force of nature. It’s the kind of story that guarantees the reader will pick up the next issue to see how events unfold.

A story of survival and makes great use of the zombie-like creatures which have been introduced to this series. Review: SONIC THE HEDGEHOG #21 Feels Like THE WALKING DEAD