It’s still strange that Blade Runner 2 is happening, and even stranger than supreme talent like Denis Villeneuve and Ryan Gosling are directing and starring, respectively. Even stranger still, Harrison Ford returns as Rick Deckard, despite the fact he turned out to be (omg spoiler!) a Replicant at the end of the original.

Yet, here we are, and as we creep closer to October 2017, we now have some concept art for Blade Runner 2 courtesy of EW. It looks about as you would expect: dark, rainy, futuristic, etc.

Nothing too revolutionary, but still kinda cool. That first image looks like it cold have been from the original’s storyboards, and is that a… street sweeper? In the second one?

Villeneuve dropped a few interesting tidbits about Harrison Ford’s return (“he’s much older and wiser”), and this new Blade Runner world: “The climate has gone berserk,” he says, “the ocean, the rain, the snow is all toxic.”

He also spoke about taking over the film from Ridley Scott, and what the original movie meant to him:

“I remember the opening sequence perfectly…That note of music; seeing Los Angeles in 2019; that smog; that darkness. It’s really the movie that gave birth to my desire to become a director.”

Not to be cynical, but I’m not sure I buy that whole bit about how, of all movies, this was the one that inspired Villeneuve to direct. Seems like a wild coincidence. Regardless, I’m getting more interested in where Blade Runner 2 is going to take us with every new update. 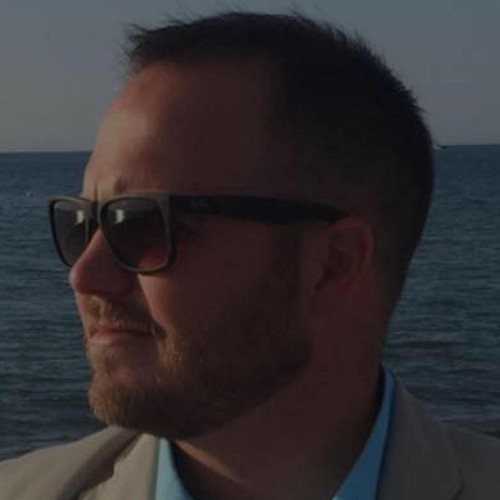 Larry Taylor - Managing Editor
Larry is the managing editor for Monkeys Fighting Robots. The Dalai Lama once told him when he dies he will receive total consciousness. So he's got that going for him... Which is nice.