Spoilers ahead for Star Wars: The Force Awakens!

There were hundreds of questions leading up to The Force Awakens. But for every one question the film answered, it seemingly spawned a whole band of new ones. One of the biggest enduring mysteries is what is up with Supreme Leader Snoke.

Very little was revealed about this character during production, and the finished product didn’t really answer who he actually is. All that’s known is that he runs the First Order, he wants Luke Skywalker removed from the picture, and he’s responsible for turning Ben Solo into Kylo Ren. He is probably a Sith Lord, and he casts a pretty menacing hologram, but is there more to his story? Here are the five most likely, and most serious theories (sorry Boba Fett theorists):

5. He’s a completely new character to the Star Wars Universe

Let’s get this one out of the way. Maybe Snoke is a brand new character, with no roots in the previous films or the old/current Expanded Universe. Everyone assumed that the Supreme Leader would be a recognizable character because of the mystery surrounding him. Why would the filmmakers keep him under wraps so strictly unless his reveal would be a shock to Star Wars fans?

Think about this though: Emperor Palpatine was a brand new character when the original trilogy was being released (as was everyone). Yet he was kept hidden for the majority of the trilogy just to build an air of mystery around him. In fact, before his appearance in Return of the Jedi, he is only shown once, as a larger than life hologram in Empire Strikes Back. This sounds very familiar to how Snoke was introduced in this latest installment (it’s identical, actually). J.J. Abrams played plenty of homage to the original trilogy in The Force Awakens; don’t put it past him to make Snoke another tribute. 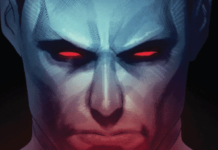 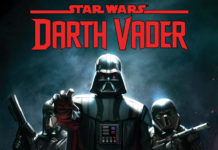