‘Rogue One’ Getting New Trailer On July 15

According to new television listings, Rogue One: A Star Wars Story will be receiving its first official trailer on July 15. 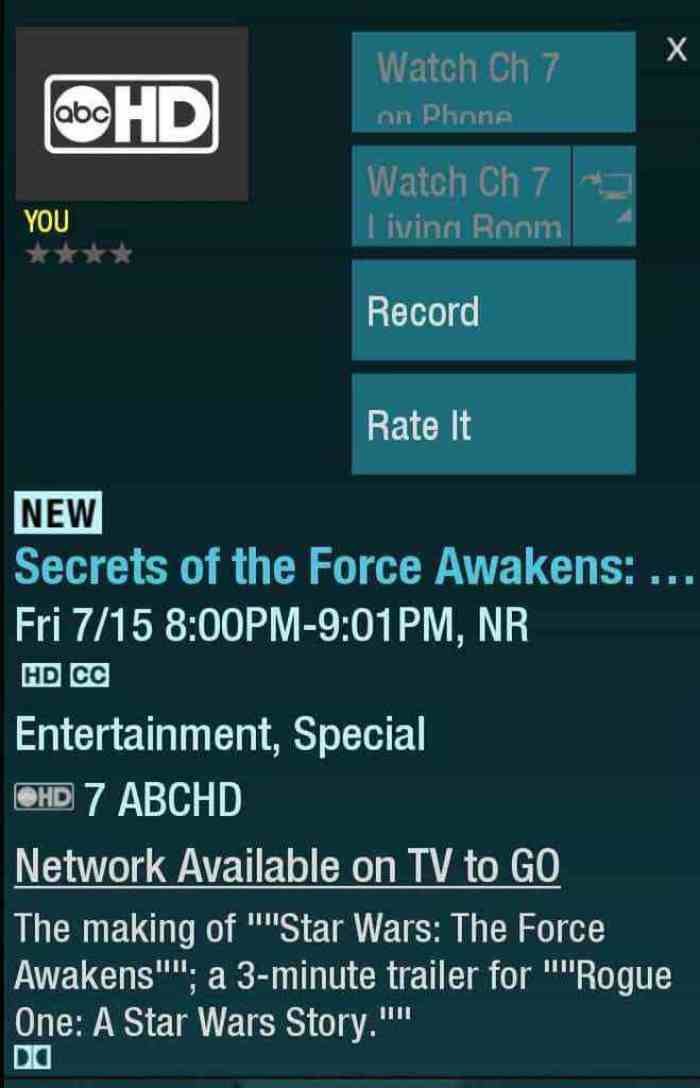 Along with the image from the television station, we also have an online listing you can find by clicking right here.

Get hyped for the new Rogue One trailer!

“Rogue One takes place before the events of ‘Star Wars: A New Hope’ and will be a departure from the saga films but have elements that are familiar to the Star Wars universe. It goes into new territory, exploring the galactic struggle from a ground-war perspective while maintaining that essential Star Wars feel that fans have come to know. Gareth is such an innovative director, and I’m so excited to be working with him, and the extraordinary ensemble cast he’s selected for ‘Rogue One,” said Kathleen Kennedy, Lucasfilm President.

The film is a prequel to the original 1977 Star Wars, dealing with rebel efforts to convey Death Star blueprints to Leia Organa. The screenplay is by Chris Weitz, and the film is due in theaters on December 16.