Batman’s last film with Christopher Nolan is an interesting conclusion to the trilogy. It wasn’t as strong as The Dark Knight, but then again that was a hard act to follow. The Dark Knight was catching lightning in a bottle, and it still holds up as a great crime drama with a superhero twist. The Dark Knight Rises made the mistake of trying to up the ante and attempted to recreate that magic that worked in the previous film. Nolan should have realized that The Dark Knight was a once in a lifetime movie and its sequel probably should have been something simpler, but since it was a Nolan movie it became more complex than it needed to be. The movie wasn’t panned and it did great at the box office, but it just didn’t live up to its predecessor.

Like other films in The Dark Knight trilogy, The Dark Knight Rises is influenced by some of Batman’s most famous comics. But, while Batman Begins, and The Dark Knight borrowed ideas from one or two books, this film crams in multiple story lines from different graphic novels. The three most notable are The Dark Knight Returns, No Man’s Land, and Knightfall. Just one of those stories would be difficult to adapt for film, but this film also has to continue the plot established in the other two films. This one had a lot riding on it, and on top of everything, Heath Ledger’s unfortunate death prompted a rewrite of the movie to exclude The Joker.

The film takes place eight years after the events of The Dark Knight and it starts with a broken Bruce Wayne who has quit being Batman. This is where the concept of reality becomes a drawback for a superhero movie. In a more fantasical world one could have a character like Batman constantly fight crime without actually breaking himself beyond repair. In Nolan’s universe Batman still needs to follow the rules of gravity, physics, and body’s natural ability. So, it’s not that much fun to see a character that’s supposed to be the epitome of human prowess forced to use a cane and be a recluse shut in. It also goes against the triumphant note The Dark Knight ends on; there Batman vows that he will continue to fight crime and endure whatever Gotham City throws at him. Also, Bruce Wayne’s retirement just doesn’t feel much like Batman; in The Dark Knight Returns Batman quit, because Jason Todd died. Here, Bruce quits, because he got hurt a lot; that reasoning just doesn’t have the same muster behind it. 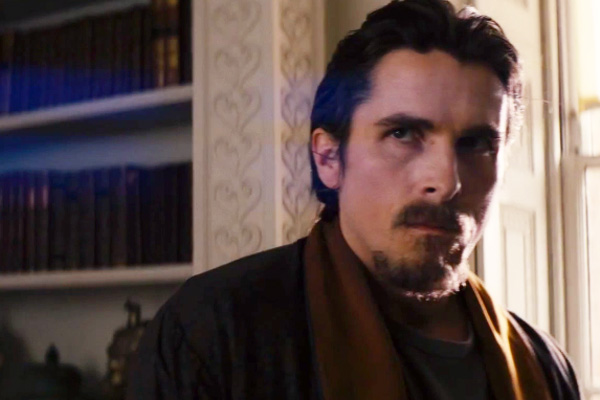 The story is a bit of a mess as it introduces three new villains, a bunch of new characters that have little weight on the overall plot, and still give a satisfying conclusion to this Batman’s story. The script could have been a lot more focused if Nolan and co. focused on one of the stories they were semi-adapting. My suggestion would have been to focus on No Man’s Land as the main story line; it has the most unique setting for the story. This way they could have still had Bane, Catwoman, and Talia Al Ghul but focus on a more audience pleasing Batman. The product we saw isn’t bad, but it was just trying to be so big and epic like the other two that it falls under its own weight.

The acting is solid though; as much as I make fun of Christian Bale, he does a good job being Bruce Wayne, and balancing out the oddities of being a vigilante. Gary Oldman, Morgan Freeman, and Michael Caine reprise their roles and give the same great performances they did in the last two movies. Joseph Gordon Levitt plays a composite of all three Robins, which I’ll admit I wasn’t a big fan of, but he does a good job. Marion Cotillard is a fun Talia Al Ghul, but she doesn’t get as much of a chance to shine. However, Tom Hardy as Bane, and Ann Hathaway as Catwoman steal the show. Their both very diabolical, memorable, intimidating, and even funny. They were great villains and in some cases even matched with Heath Ledger’s Joker.

Gotham City wasn’t filmed in Chicago this time, instead it was filmed in Pittsburgh, and it just doesn’t have the same scale and intrigue of Chicago. I am biased, because I’m the City of Broad Shoulders, but yeah I just don’t feel the majesty of Gotham City in Pittsburgh. Again, I’m biased. But, the movie is shot very well as most Nolan productions are. One thing I haven’t mentioned about these movies is Hans Zimmer’s score, it’s phenomenal, exciting, and totally engrossing for the film series. Aesthetically, the film is just as on par with the other movies.

Once again, the script is the major culprit that hurts the movie. There are too many long speeches, too many overly philosophical bits of dialogue, and just a sense that the characters are all trying to sound smarter and deeper than necessary. John Blake’s story and reveal as Robin is kind of pointless in the end. The nuclear fusion thread is convoluted and turns the story into a “Batman just can’t get rid of a bomb” story. And as mentioned earlier the plot is all over the place; Nolan tried to recreate something that he couldn’t, and it just doesn’t work. Especially for something that could be so simple. Simplicity isn’t always a bad thing, and this film definitely could have followed the K.I.S.S rule.

This movie isn’t bad by any means, but it just couldn’t live up to the last film it was trying so hard to be. It’s worth checking out, especially if you’re a fan of Nolan’s Batman. And, it does have some great scenes worth mentioning, Bruce Wayne’s climb out of the prison is wonderful, the destruction of the football field is great, the opening scene with Bane’s hijacking of the plane is quite possibly the best scene ever put to film, and the fight between Bane and Batman is just perfect. Again, it’s a good movie, just not a great one. 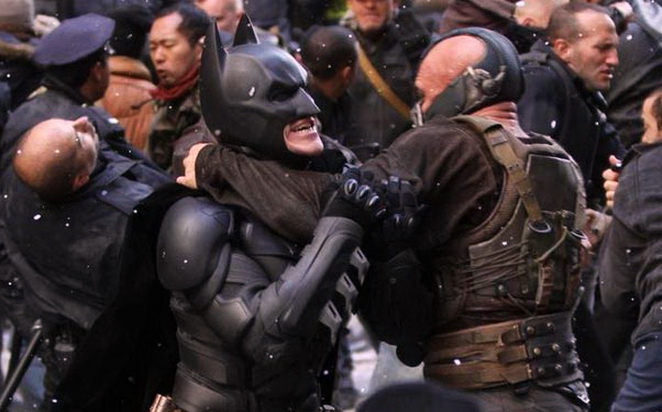 So, next time I’ll be looking at 20 great episodes of Superman The Animated Series. One of the greatest adaptations of The Man of Steel ever.