Rick Famuyiwa Leaving ‘The Flash’ Is Disappointing, But Not That Big A Deal

Rick Famuyiwa publicly announced today that he was leaving The Flash due to “creative differences” between him and Warner Bros. Famuyiwa is the second director to leave The Flash after Seth Grahame-Smith departed the film back in April. Famuyiwa’s departure is especially shocking, considering The Flash is supposed to be in preproduction.

While the split is unfortunate, Famuyiwa gave kind words about the departure and the DC Extended Universe.

“When I was approached by Warner Bros and DC about the possibility of directing The Flash, I was excited about the opportunity to enter this amazing world of characters that I loved growing up, and still do to this day.”

“I was also excited to work with Ezra Miller, who is a phenomenal young actor. I pitched a version of the film in line with my voice, humor, and heart. While it’s disappointing that we couldn’t come together creatively on the project, I remain grateful for the opportunity. I will continue to look for opportunities to tell stories that speak to a fresh generational, topical, and multicultural point of view. I wish Warner Brothers, DC, Jon Berg, Geoff Johns, and Ezra Miller all the best as they continue their journey into the speed force.”

Sources claim that the Dope director wanted The Flash to be an “edgier” film, but those rumors cannot be confirmed nor denied. While this news certainly has cynical fans and internet reporters even more weary of the DCEU, the fact of the matter is that this really isn’t that big of a deal.

Is this news disappointing? Yes. I for one, was really excited to see Famuyiwa’s take on The Flash. Dope is one of my favorite movies of all time. His unique sense of humor would’ve really worked great for Barry Allen in my opinion. And I really would love to see him on a bigger project with a huge budget But, film directors leave projects like these all the time. Even when the movie is in preproduction. 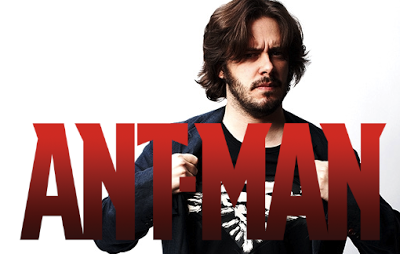 A great example of this behavior happened at Marvel with 2015’s Ant-Man. For years that was Edgar Wright’s baby. He worked on it for a decade, but then suddenly Wright left the project, and Adam McKay took over. Then McKay left and Peyton Reed took over. Both Wright and McKay left due to “creative differences.” In McKay’s case he left just over a year before Ant-Man‘s release date.

And in the end Ant-Man turned out to be a perfectly fine film. It wasn’t great, but it was entertaining despite the fact that everyone thought the movie was doomed. This also happened with Thor the Dark World when Patty Jenkins left. Marvel and Disney are known for keeping their directors on a tight leash for their films. Marvel wants to keep their movies to a certain standard, so their quick to clash with a director’s vision.

Warner Brothers is learning the lesson that a cinematic universe can’t be created through various film directors’ visions. There needs to be people in charge of this universe to make it work. It sounds like the producers and executives are making stronger decisions on how the films are made. Hopefully this means that there will be less editing and meddling on their part after the movie has been filmed.

We can argue about this decision all day long, but it’s the decision that they’re making. And especially after two critical bombs and one with very mixed reviews, the DCEU needs to start churning out audience pleasing hits in order to stay relevant. And this is coming from someone who liked those movies. Again, I am disappointed in Famuyiwa’s departure, but a film universe is bigger than one director. Hopefully Famuyiwa will come back to the DCEU in one way or another, like Adam McKay is to Ant-Man. Time will tell, but for now I just hope for a bright future for these DC properties. At the time of this article The Flash is scheduled to be released March of 2018. The film might be delayed due to Famuyiwa leaving. Check back at Monkeys Fighting Robots for more details.

Tell us who you think should direct The Flash in the comments below.