Review: IMMORTAL HULK #25 – The Breaker of Worlds is Inevitable

Nothing can save you, nothing is left to hear you scream, and there is no escape from the Breaker of Worlds in Immortal Hulk #25, out this week from Marvel.

Al Ewing takes the story billions of years into the future and into the 9th cosmos. German Garcia and Chris O’Halloran are charged with creating a brand new universe, while Joe Bennett, Ruy Jose, and Paul Mounts are the usual suspects handling the last 2 pages of the current timeline. 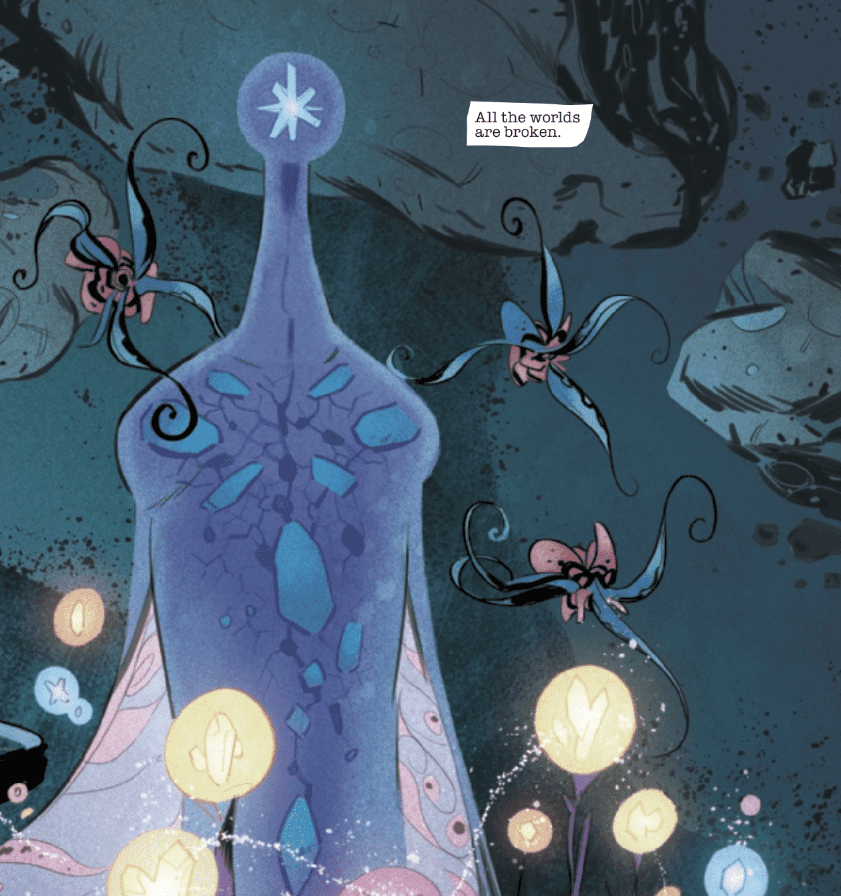 World building a completely untouched universe within Marvel is a great honor, but comes with tremendous pressure. Garcia takes the reins and just slays it. Conceptual science fiction is a veer off the path from what Immortal Hulk has been, but Garcia is able to capture the essence of body horror we’ve come to love while leaping into an unexplored cosmos. 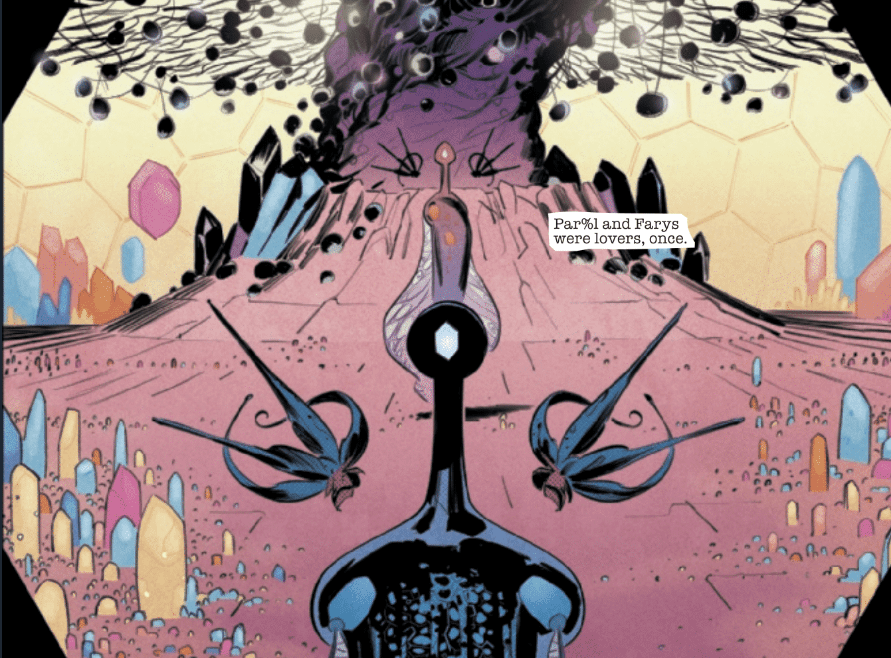 O’Halloran does a masterful job of capturing vibrant beauty in a dying universe. Worlds are breaking, color is gone, but O’Halloran accentuates every light in the darkness, and green is the last thing anyone will see. The last living world is a vivid geometric one that permeates a pleasing pastel palette. If this is all that is left, at least it is beautiful.

VC’s Cory Petit takes care of the letters in Immortal Hulk #25. His work is very subtle as this is a universe void of life, and void of sound. Par%l connects to the Breaker of Worlds witnessing darkness in the mind of the hulk, and this is where Petit’s skills shine. The words from the hulk look like they bring the depths of hell with them.

Ewing uses language to express that this is not our universe. This is something no one has ever seen before. I think it’s pretty easy to believe that this is brand new territory through Garcia’s art without Ewing making it harder than it needs to be. Writers tend to “get cute”, as my father would say, or try too hard.

These beings are telepathically communicating with English words, but the only real differences are proper nouns and “hir” instead of what I assume to be “her”. I was actually enlightened by the comment section that “hir” is a gender neutral pronoun. It never occurred to me to Google it because I just assumed it was for “her”. You know what they say about assuming, and you learn something new everyday.

These beings use what they call “manipulators” to connect and communicate, but they don’t know the word “hands”. Ewing tries too hard here and instead of being something that could add to the story it seems like a few lazy changes that ultimately just distract from the story and strip it of its desired effect.

Rather than soaking up the beauty in the entropy of this new universe, I’m trying to figure out who this 3rd person narrating the story is and why they know 18th century French words like “creche”, but not “hands”. These are the types of things people focus on and get distracted by when writers get too cute. If you’re going to make changes to the language, go full Hickman, no half measures.

Other than that this is some very fascinating sci-fi with some truly terrifying images that Immortal Hulk has been known for. Think Interstellar, but a giant green monster is coming to destroy all the planets being explored. After 24 horror filled issues, this issue raises the stakes. Hulk is not just the Earth’s problem anymore. He is everyone’s problem. The Breaker of Worlds is inevitable, and he’s coming for you. 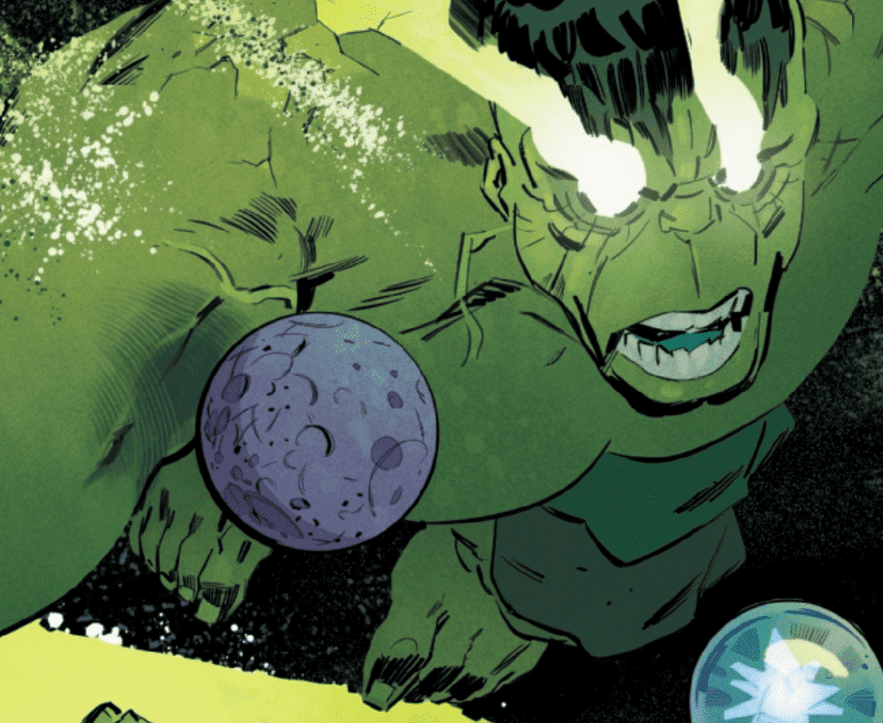 What did you think of Immortal Hulk #25? Are you interested to see more from the 9th cosmos? Let us know in the comments below.