Bruce and the Hulks take care of business in Immortal Hulk #24, the most gruesomely horrific issue to date, out this week from Marvel.

The gloves are off, and these monsters have had about enough of each other.

Al Ewing writes this body horror masterpiece, while Joe Bennett creates some of the best Hulk panels I’ve ever seen. Bennett’s pencils on this issue require an army of inkers by the names Ruy Jose, Belardino Brabo, Marc Deering, and Roberto Poggi. Paul Mounts handles all the glowing gamma greens and hot melting flesh. VC’s Cory Petit has the honors of lettering these gruesome action sequences with emphasis on smashing. Petit uses transparent, rocky style lettering to get the emphasis across and without taking away from any of the artwork. 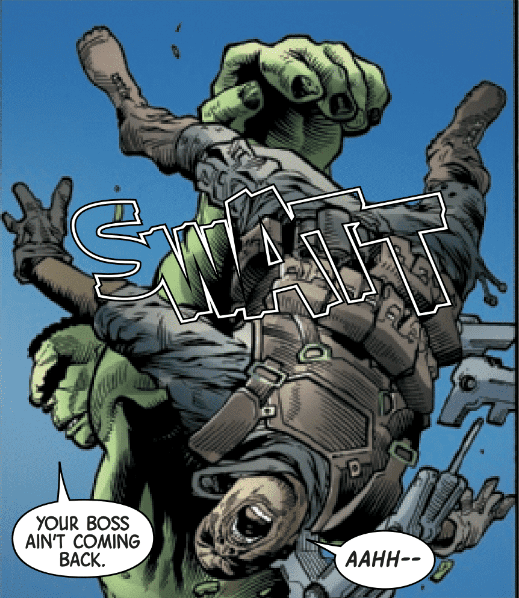 The fantastic body horror and transformations get better and more creative with each issue. It seems like the more Bennett gets to work on this book, the more gruesome his pencils get. Hulk has been chopped up, melted, ripped apart, and it looks beautifully disgusting every time. Immortal Hulk is what you’d get if you gave John Carpenter the reigns to a jade giant film. With transformations so horrifying you wonder why these characters hang around long enough to fight what he turns into. The Hulk is already scary enough; add some extra arms and a giant mouth, and I’d be running so fast I’d be passing Quicksilver on his way to save the X-Men from their burning mansion.

Galactus has had a big role in a few of the best Marvel books on the shelves right now. Silver Surfer: Black #4 provided more detail into his origin and how the surfer is involved. Immortal Hulk #24 tells us why Galactus came to be and gives a glimpse into the real power the Hulk has yet to unleash on the cosmos. Hulk has some enormous shoes to fill with that new role, but he seems more than capable of handling it. 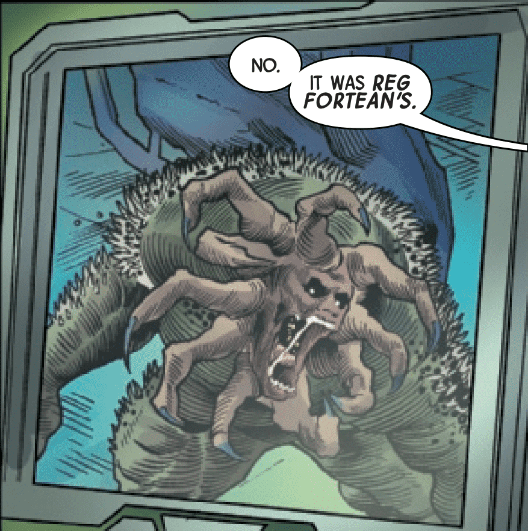 If you’re a fan or collector of Galactus, then this is another issue that is crucial to your collection. This series, along with Silver Surfer: Black, are expanding on the extensive history of the Marvel Universe, so this is also for the history buffs. Al Ewing is reaching deep down and pulling some of the most obscure and forgotten Marvel properties out of his hat. Immortal Hulk #24 is no exception as an often forgotten mutant makes an appearance at the end of all things. You never know what $1 book Ewing might turn into a $50 back issue.

Immortal Hulk #24 is one of the best entries into the body horror genre there has ever been or will ever be. The designs are top-notch, and every horror fan will love the art in this issue, even if they aren’t fans of Marvel or the Hulk. This is A++ body horror, and I’m surprised every month that it comes from a Disney company. 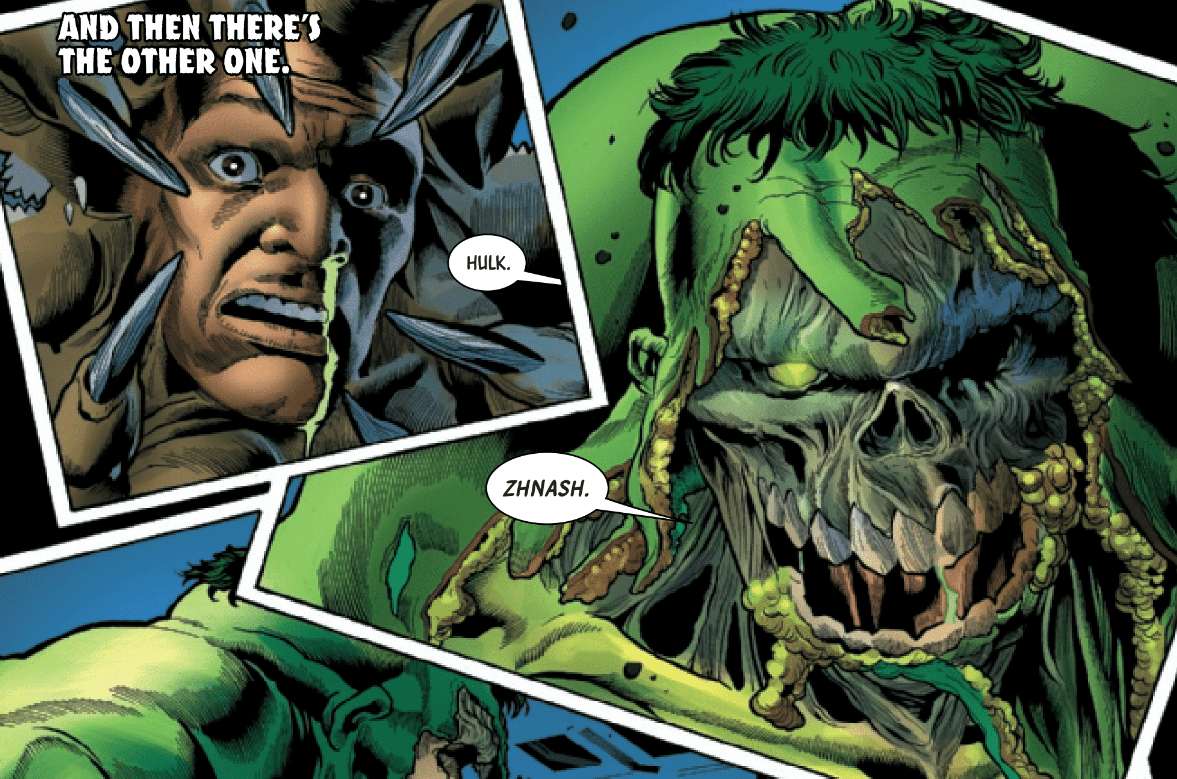 One of the most horrifying aspects of the Hulk that I think most people take for granted are the multiple personalities. He is being pulled in so many directions at the same time that the only realistic response is rage. Now that the personalities are all in agreement, and focusing the unbridled rage, the Hulk is unstoppable, and he knows it.

No one can stop him. No one can contain him except himself. The breaker of worlds is hungry. He’s always hungry.

What did you think of Immortal Hulk #24? Are you excited to see Hulk kill the Marvel Universe in canon? Let us know in the comments below.

Review: IMMORTAL HULK #24 - Behold, The World Breaker, HULKALACTUS!!!Bruce Banner and his many personalities, come together for a common goal. Destroy everything.