Review: IMMORTAL HULK #22 – The Quentin Tarantino Moment In The Series

Drawing inspiration from Macbeth, Immortal Hulk #22 out this week from Marvel Comics, is a character-heavy entry that does a great deal to bring all the narratives together for what is sure to be an epic throw down. 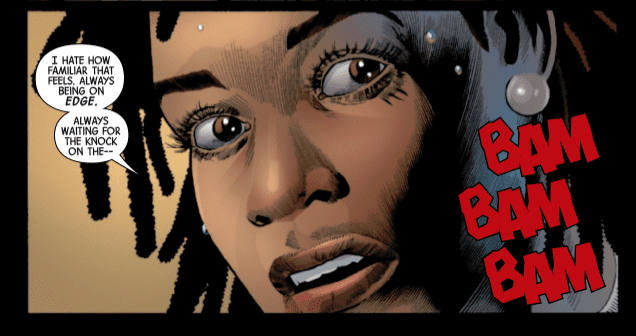 This is the part of the Tarantino film where the characters are all sitting around, “shootin’ the shit”, planning their next moves. The dialogue-heavy, character building in this issue supplies growing suspense throughout the issue. Who has the drop on who? Which big thinker has the upper hand? Questions are raised. Questions are answered.

Al Ewing and Joe Bennett keep the horror brewing in another beautiful installment in what I still believe to be Marvel’s best on-going series, and honestly, I don’t consider it to be a close contest either. Just like Martian Manhunter, this series is a body horror lover’s delight. The transformations are amazing, the character designs are haunting, everything a good horror story needs, but this one has an advantage above the rest, the Immortal Hulk (hilariously referred to as the Big Daddy Devil and Devil Daddy in this issue). 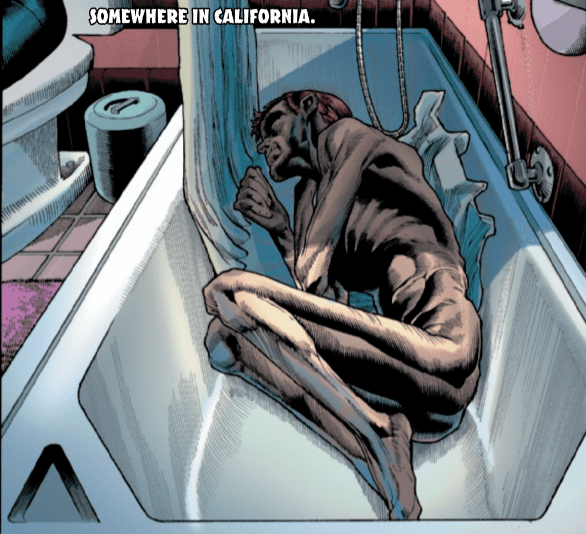 Bennett’s art in this series is nothing short of incredible, he frequently posts his pencil drawings on social media and they’re always inspiring, but seeing the transformation his art goes through before the final product is mesmerizing. Ruy Jose and Belardino Brabo take care of the inks and Paul Mounts is handling the colors for the Immortal Devil Daddy.

It’s very impressive to me that two people have to tackle the inking duties, it could’ve been something as simple as a time constraint, but it shows how much work it is to ink Bennett’s pencils. Mounts is fantastic in this title time and time again, that gamma glow he has perfected makes those panels pop right off the page.

Taking what looks like a chaotic pencil drawing, focusing the attention where it needs to be, and bringing pencils to life in full color is quite the talent and it is on full display here. The colors here make dialogue-heavy panels easy on the eyes. There’s plenty to admire while giving your eyes a break from the text every so often.

Cory Petit is another veteran that just fits in extremely well on Immortal Hulk. His onomatopoeia always tend to have a rumble and rattle to them. The BOOM appears like it really is booming across the page. Creating dialogue-heavy stories that seem like an actual conversation is a skill many people overlook and something Ewing effortlessly accomplishes here. 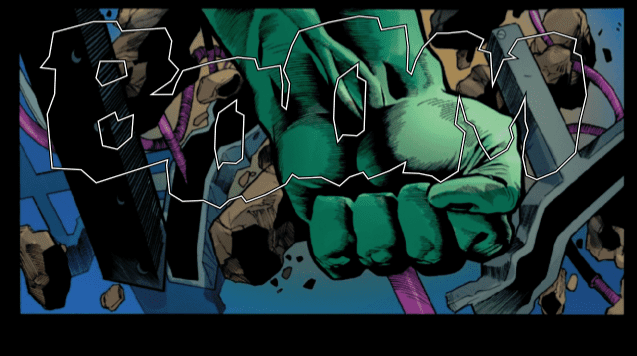 Our favorite general has a surprise in store, but it appears it may come at a cost. Rick Jones has been freed from the Abomination, but General Fortean has taken up the mantle, handy face and all. This Abomination is my favorite character design of the year. I can’t think of anything more terrifying than a monster that can grab you with its head and spit acid.

Three serious discussions drive the story here with Alpha Flight, Shadow Base, and the crew of Bruce, Betty, Rick Jones, and Joe Fix-it. They really should have a cool name like Gamma Gang. Alpha Flight wants to escalate the situation right back in the General’s face, Fortean wants to weaponize everything, while the Gamma Gang is just trying to hold themselves together.

With the 22nd issue of Immortal Hulk, Ewing and Bennett set the stage for one hell of a Royal Rumble in the next chapter, and hopefully the end to a great knock-knock joke. I really don’t enjoy being left hanging on a knock-knock joke from the Big Bad Devil Daddy. Which, by the way, should definitely be a Marvel Black miniseries, maybe we can get the first appearance of the Bruce Banger. 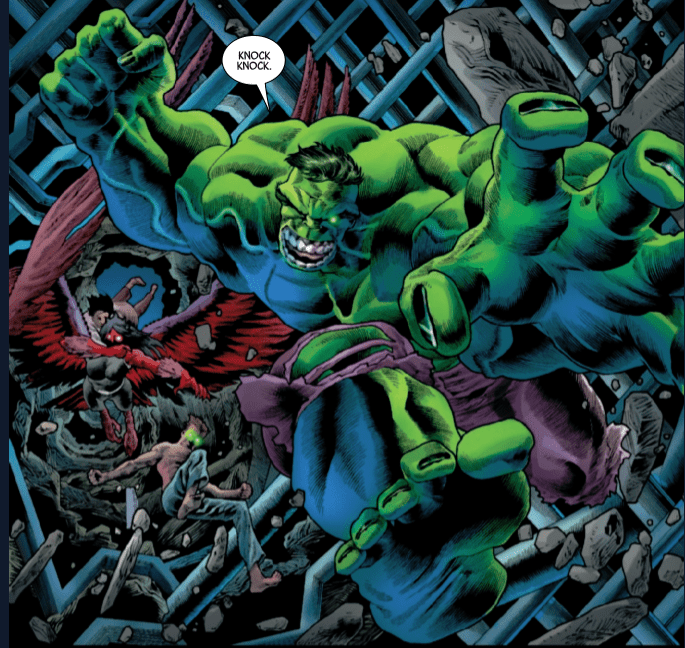 Is Immortal Hulk still going strong? What did you think of this issue? Let us know in the comments.

Immortal Hulk #22 is dialogue and story driven while also setting up what promises to be a truly epic smack down between all our Gamma infected comrades. Review: IMMORTAL HULK #22 - The Quentin Tarantino Moment In The Series