In my previous review of Can You Ever Forgive Me?, I mentioned it’s the time of the year where biopics run amuck, but after seeing Melissa McCarthy proving she can be a great dramatic actress, there was the need still lurking inside me to try and find a different kind of biopic. There were many different options available, yet the one which stuck out the most was the 1997 biopic-comedy Private Parts, the Howard Stern movie.

I’ll confess, I didn’t know who Howard Stern was for the longest time, unlike many 90s kids, he was just some guy who was on Sirius Satellite Radio pamphlets, all I knew he was someone famous, but couldn’t tell you why. Having said that, I knew what “Baba Booey” was, but didn’t make the connection.

Anyway, as time passed (and went to college) I figured out who he was, and the thing which got me interested in him was his praise of Norm MacDonald, whose Weekend Update work was admirable for the sheer audacity of it. Oddly enough, I consider Norm, to be the link between my study of SNL to being interested into Late Night/Show with David Letterman. Yet, I’m not here to talk Norm MacDonald; I’m here to talk about Howard Stern.

Anyway, on a trip back from a convention in Raleigh, NC, I saw a YouTube video which randomly showed up, which featured Stern talking about the Late-Night Wars in 2010 for five hours, I was intrigued, having loved The War for Late Night by Bill Carter, I took a chance and listened to the video for all five hours; despite sometimes it dragged on a bit, it was great stuff to listen to and was amazed how many plot-points he called in advance before The War for Late Night was ever published. At that moment, I became a semi-believer.

With all this backdrop, I was still kind of intrigued, plus Siskel and Ebert gave it positive reviews, and both haven’t steered me wrong (yet), so I’m there. So, as they say, roll ‘em.

The film begins with Stern (as himself) receiving an MTV VMA from John Stamos, but Stern comes out as his superhero “Fartman” descending from wires, which seems to set a tone which says, “I might not be the supposed audience for this.” Thankfully, this doesn’t sit for long, because Stern’s narration kicks in, nobody likes his work, and like most geniuses, he’ll always be misunderstood.

He then gets on an airplane and meets a beautiful woman, whom he proceeds to tell his life story, or at least up till 1985.

I’m not going to spoil it, because, with my introductions, I don’t want these articles to be 20 pages long and take up a week of time just writing the damn things. However, as a film critic, let’s get into structure because it’s always interesting. (No, it really isn’t.)

One of the big problems this film has to deal with happen almost immediately, the film’s a biopic about someone who is still alive and stars someone who is not an actor. Let’s talk about the first problem, most biopics are made after their subject dies, there are many reasons for this, but one of the most significant issues is the stipulation of creative control, nobody wants to look bad in their biopic, and it makes sense. You (as a studio) don’t want to be sued, so unless the source material is relatively sordid, most biopics can feel relatively generic, to people who’ve seen too many movies (like me). Private Parts side steps most of this, yes, the biopic part, does feel rather generic, but still has enough bizarre touches to make it interesting. Two examples come to mind, with Stern at a Detroit radio station, and one of their regular callers being a dominatrix, apparently, it was the same person, as had happened in Stern’s real-life show. You have to admit, this is impressive, they went to such length for the sake of accuracy, and still made it interesting. The other example also occurred, at the Detroit radio station, when Stern left the station, on air, and never returned, normally it would have been left out or described in a voice-over, but here, it’s shown. It does take incredible storytelling courage, to do so.

The other big problem is something I’ll dub the “Non-Actor Factor.” Normally, when there are vehicles for non-actors, the results tend to be very haphazard. For every A Hard Day’s Night, or even King Creole, you get a Glitter, an Under the Cherry Moon, or From Justin to Kelly. So most of these films try to play to the non-actor’s strengths, IE, don’t give them a lot of dialogue, fill it with music, and hope you get one of Elvis’ movies, it’s at the average end of the spectrum. On the positive end of the spectrum, these films can work, if you have a director who can force a non-actor out of their comfort zone and get them to act. If the “Non-Actor,” has the want to be a good actor, and the film is written solidly enough around the subject, you get something, again, A Hard Day’s Night or a Purple Rain.

In Private Parts, we have three “Non-Actor” leads, Stern, his news anchor Robin Quivers, and his partner Fred Norris, all play themselves, in an inspired bit of casting. Say what you want, about him, he and his two partners do give good performances, but it does lead to this feeling, while watching the film, with all three of them in one scene, it feels like a documentary, and there’s this narrative film around it, a kind of matrushka doll effect, bizarrely enough. The real-life acting works here, because these are the actual people, and it lends a kind of verisimilitude to the proceedings. Stern and Quivers are surprisingly good, though there is something to be said to acting on the radio, but still…

The film is split distinctly into two different halves: The first is Howard’s evolution on the radio, as we see Howard evolve a geeky nerd, to someone brimming with a decent amount of confidence about the crazy crap he does, but still has these neuroses (what the Woody Allen inspired narration is for). Yet the film also takes inspiration from Warren Beatty’s Reds, and D.A. Pennebaker’s Don’t Look Now (the Bob Dylan documentary, especially regarding the Subterranean Homesick Blues sequence with the giant cue cards.) The Reds inspiration comes from various interviews spliced in from all these people, disputing Stern’s view of events. Unlike Reds, it doesn’t drag down the story, because at 110 minutes, it can’t afford to drag, unlike a 4-hour epic. The Pennebaker inspiration, comes from when some of Stern’s Wack Pack, hold up cardboard signs reading the location of where Stern goes next, it’s bizarre, but considering the rest of the movie, it’s not out of place.

The second half is the relationship between Stern and his first wife played by Mary McCormick. As I said it’s surprisingly sweet, and is reminiscent of a Woody Allen film, without the horrifying undertones. Stern (in the movie) honestly is in love with his wife, and those scenes feel like a split between a romantic comedy and a dramedy, and yet it doesn’t feel schizophrenic.

How do these two things which seeming do not mesh together work? Rock solid writing, of course. One of the writers of the film is Len Blum, who wrote Meatballs and Stripes, and with Stripes, he blended comedy with a sweet love story, in a film could work, so there was a precedent.

Private Parts is one of those movies which succeeds despite everything against it, it’s a comedy, with romantic elements (and not a romantic comedy), and a biopic thrown in, but it’s unique enough to work, which you could say the same thing about the man as well. 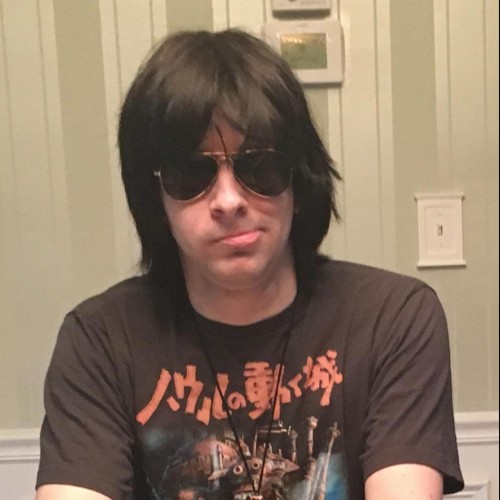 Retro Review: Howard Stern's PRIVATE PARTSThe biopic about the noted radio shock-jock, is a unique and surprisingly sweet look at a man, once portrayed as the dirtiest man on radio.