From Worst To First, How Do You Rank The Spider-Man Movies?

In terms of film quality, the Spider-Man franchise has been all over the place. Ranging from razzie material to masterpiece level, I’ve decided to rank the web slinger’s films from worst to best.

5. Spider-Man 3:
Yeah, I’m sure you’re not surprised. Oddly enough, I didn’t used to hate this movie; in fact, I actually liked it. After a rewatch, however, my opinion drastically changed. The attempted balance of three villains doesn’t work. The worst being the lack of development that Venom, a fan favorite character, unfortunately received. Peter Parker’s decision making is irritating to the point of not being able to take the character seriously. For these reasons, among others, the film lands as the worst on my list. 4. Spider-Man:
The original Spidey blockbuster!  This movie changed the game for comic book cinema. For that reason, it holds some hierarchy in the superhero movie sphere. This doesn’t mean it’s great, though. The tone of this one is not what I want out of a Spider-Man flick; it’s overly dramatic at times, while flip flopping back and forth between an action movie and a cheesy comedy. Willem Defoe does great as the Green Goblin, and J.K. Simmons nails the role of J. Jonah Jameson.

3. The Amazing Spider-Man 2:
Bring on the hate! I know, I know; this is a divisive movie, and I can see why. Jamie Foxx worked as Electro for me, as did his character arc leading up to his villainous transformation. Andrew Garfield does an amazing job yet again as Peter Parker, while simultaneously nailing the snarkiness of Spider-Man. Some see the film as a set up piece to the cancelled Sinister Six movie, and I honestly don’t share those sentiments. In my view, the film stands on its own, while also pointing to future movies that could’ve been made. The main flaw in this one is the character of the Goblin. I liked the portrayal of Harry Osborn and his relationship with Peter, but it all seemed wasted when the Goblin was brought in for the third act fight. The death of Gwen Stacy was impactful because of the chemistry between Peter and her that had been building over time. Also, the comic accuracy to the death was much appreciated by Spidey readers like myself.

2. Spider-Man 2:
Whatever the reason is, I just never was able to get into this movie as much as the majority of others. With that said, however, Spider-Man 2 is pretty damn good. Although I can’t stand Tobey Maguire’s performance as the web slinger, they do nail the character of Peter Parker in the script. J.K. Simmons again crushes the role of J. Jonah, but doesn’t add anything new to the character (which isn’t necessarily a bad thing). The action sequences are some of the best we’ve ever seen from a comic book movie. Mainly, the negatives I have with this one lie in the core performers: Tobey Maguire & Kirsten Dunst. The two together had no chemistry whatsoever, making the majority of their screen time together just not enjoyable to watch. 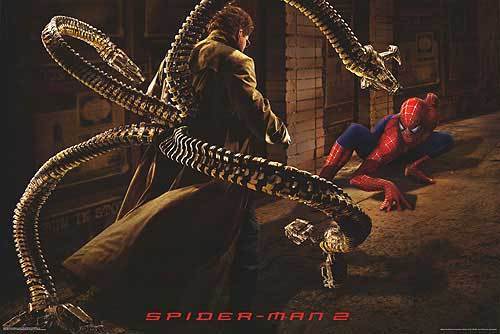 1. The Amazing Spider Man:
Without question the best Spider-Man film ever. There’s just something about Garfield’s portrayal of your friendly neighborhood Spider-Man that is so appealing to me. Not only is the character’s writing great, but he brings his own interpretation while keeping the character’s core values. Uncle Ben’s death felt earned this time around. Even the eventual clash with The Lizard atop the Oscorp skyscraper was stunning. James Horner knocks it out of the park with the film’s score, which leads to many epic moments scattered throughout the movie. The lack of J. Jonah Jameson is felt, but doesn’t weigh the movie down too much. Oh, and one more thing…best Stan Lee cameo ever!

What do you think of my list?
Be sure to let me know your list in the comments down below!

The next Spider-Man film coming out is 2017’s Spider-Man: Homecoming, which features Tom Holland as the lead.