By Jackson Hayes
November 14, 2017
Another day another Dwayne Johnson led movie. Via USA Today, we have our first look at the upcoming Rampage. Based on the 1980s arcade game, the film will see Johnson’s David Okoye take on a plethora of monsters.

Rampage joins the likes of Jumanji, Fast and Furious and G.I. Joe as franchises that task The Rock with bringing box office success and fun. The film will see Johnson team up with director Brad Peyton who directed him in the disaster film San Andreas.

To go along with the photos, Johnson let fans know that they should get excited to see their interpretation of the iconic game monsters:

“These monsters are relentless, and audiences are going to find that ride very exhilarating. As an actor in the movie, it’s fun and daunting. It’s 12- to 14-hour days of survival, and it’s not quiet survival either.”

He then discussed his love for movie monsters, something that may have enticed him to sign onto the film:

“As a character, I loved that position where I’m looking up and there’s nothing you can do but try to survive these three gigantic mutated monsters.”

Primatologist Davis Okoye (Johnson), a man who keeps people at a distance, shares an unshakable bond with George, the extraordinarily intelligent, silverback gorilla who has been in his care since birth.  But a rogue genetic experiment gone awry mutates this gentle ape into a raging creature of enormous size.  To make matters worse, it’s soon discovered there are other similarly altered animals.  As these newly created alpha predators tear across North America, destroying everything in their path, Okoye teams with a discredited genetic engineer to secure an antidote, fighting his way through an ever-changing battlefield, not only to halt a global catastrophe but to save the fearsome creature that was once his friend. 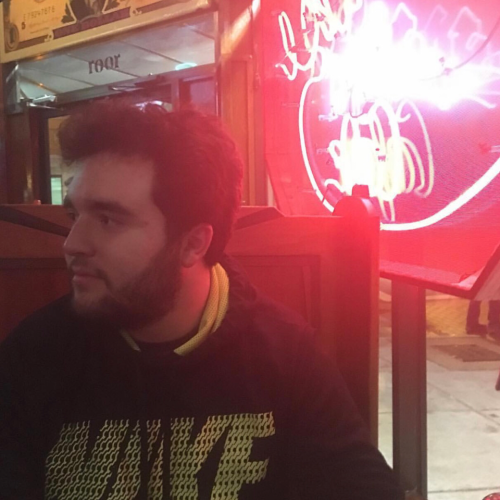