Is The MCU Ready For Civil War?

Disney’s very own expo, D23, is in full swing and today Marvel dropped the trailer for it’s next superhero outing, Captain America: Civil War. If you find it somewhere and can get past the shaky cam, and overly excited audience you’ll see a pretty exciting sneak peak.  The story will pit superhero against superhero, brother against brother, alliances will be shattered, and nothing will be the same.

But, is the Marvel Cinematic Universe ready to introduce this conflict? Civil War is based on a comic by writer Mark Millar. It was a huge “event” story that introduced the concept of the Superhero Registration Act. Basically, after an incident involving a group of third rate superheroes trying to stop some villains, sadly their good intentions end up causing an explosion that destroyed half a town, including a school full of kids.

The government’s response was to introduce a policy that would require all super powered individuals to register with the government and serve their interests. This caused a divide in the superhero community, Iron Man embraced working for the government, and Captain America led a resistance against the government. It was a fascinating conflict that really changed up the Marvel comics, and created some interesting stories. 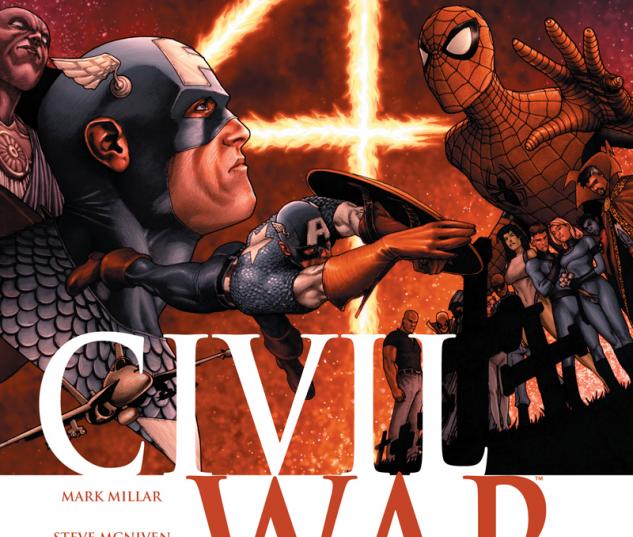 It doesn’t matter what the inciting incident is, the main point of this conflict is to see how the superheroes are going to react when they learn that they are taking sides against their fellow companions.

But, this leads back to the initial question, “Is the MCU ready for Civil War?”

Sadly, there isn’t a straight answer for this. Because, in some ways, they’ve set up certain elements for this conflict. The relationship between Tony Stark and Steve Rogers in particular seems to be reaching a point that’s about to boil over. Avengers Age Of Ultron really demonstrated their occasional disdain for each other’s ideology, and choices. The comic Civil War focuses on their relationship. Iron Man viewing registration as a necessary evil, while Captain America is uncompromising in his beliefs. Neither side is without flaw, but showing them willing to do whatever it takes to stand by those beliefs is vital to making this story work.

The real conflict in this story details the accounts of the other characters. Seeing how they picked sides, debated beliefs, and turned on their friends made the story so much more heartbreaking. Particularly when established characters do pretty horrible things to each other in order to do what’s right in the end. So this is how the story elevates the conflict further than just a grudge match.

The new movie is expected to have over a dozen superheroes, (one wonders why this isn’t just called Avengers Civil War?) most of them have been introduced already through previous movies. Some of them will be introduced for the first time in this movie. But here’s the thing, we haven’t really seen a lot of these new characters interact with each other for more than a few scenes. There are some exceptions (Cap and Black Widow, Cap and Falcon, Falcon and Ant-Man, Iron Man and War Machine etc.) but we haven’t had time to see all these characters interact with each other well enough to establish strong relationships.

Relationships that are going to have to be broken in order for this movie to really work.

This might be because Marvel’s Phase 2 initially focused more on going over already established characters rather than building on these relationships. We didn’t really see what one Avenger thought of another until Captain America Winter Soldier, which explored the relationship between Black Widow and Captain America, while introducing Falcon.

This does lead to a serious problem for the movie adaptation that asks, “Why should we invest in these new characters fighting each other? What do they have at stake?”

The comic was able to answer these, because it was building on decades of established history. Sure the movies also have an established history, but some characters have more depth than others at this point. We as an audience don’t really know enough about Scarlet Witch to determine how her views on the registration act will affect other characters. This applies to just about every other character that isn’t Captain America an Iron Man. If they aren’t established well enough to have a direct impact on the story, then they are just going to be bodies for the fight scenes.

Now obviously all of this rambling does not mean the movie is going to be bad or good. It just means that this is a huge project to work on, and despite the fact that the movie does seem overcrowded with all these super heroes, I personally have faith that the Russo Brothers will be able pull this off. And I’m excited to see what the final film will be. I just like to exercise cautious optimism with a bit of skepticism.

But, what do you guys think? Is Marvel ready for the Civil War? Or should it have been pushed back? Let us know in the comments below.