Dear Jason Momoa, There Will Always Be Aquaman Jokes

However, recently Momoa said that we just needed to “wait a little bit, and then we can make the jokes.” This instantly led to the internet reporting that after Batman V. Superman: Dawn of Justice the Aquaman jokes would be dead and gone forever due to his performance, which he indicates would be a more serious portrayal.

While I’m sure Mr. Momoa will do the best job playing Arthur Curry, I’m sorry to be the one to tell everyone this, but there will always be Aquaman jokes. 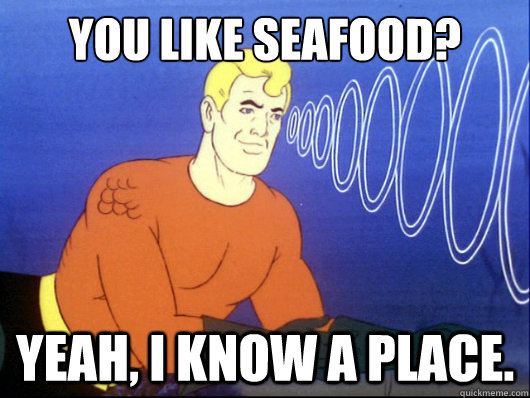 Now before you all grab your pitchforks, and torches (or in Mr. Momoa’s case, his trident, and the ability to call on Shamu to squish my ass) I would like to say something that might be a little hard to hear, but we all know is true. We don’t make fun of Aquaman because we hate him. We make fun of Aquaman, because we love him.

At the end of the day, after all the jokes we make about him we still love that he can stand tall next to the greatest heroes of all time and hold his own. The best writers know to incorporate all the criticisms and humor about the character, but make him able to endure it all and kick some serious ass. 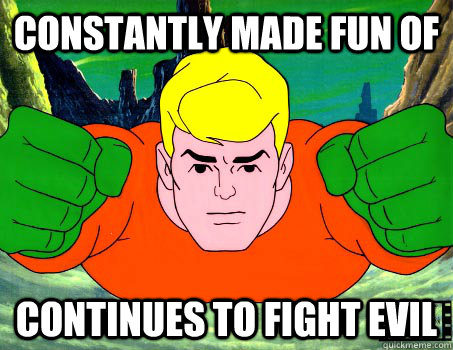 Aquaman’s portrayal on the Superfriends has hindered his public outlook, and it may not be obvious of his immediate advantages at first glance, but he’s still a member of the Justice League. He has great stories written about him, and he is awesome. So Mr. Momoa, don’t fight the jokes. We’ll always love Aquaman, and we’ll love you for bringing your usual badass intensity to the character, but just remember that Aquaman will never out grow the juvenile humor we all come up with. What do you guys think? Do you think Aquaman jokes help define the character? Or are you sick of hearing them?

Let us know what you think in the comments.

Aquaman makes his film debut in Batman V. Superman: Dawn of Justice, which will be released on March 25th 2016. For great Aquaman related stories check out, Aquaman: The Trench, Aquaman: American Tidal, and Aquaman: Death of a Prince.