Super hero films seem to be coming out all the time nowadays, as Marvel & DC expand upon their universes. One of the biggest superhero films from recent years has been Avengers, the flagship movie from Marvel that united all its major superheroes on the big screen for the first time. As a comic book fan, it was fantastic to see so many characters unite to throw fists & crack wise. I saw the movie twice while it was in theaters. It’s hard to imagine anything that could make the film better.

Well, I ask you, why not make it a musical?

Hear me out, before you totally say no to this. To be honest, it’s the only superhero film that could fit the genre. Avengers is one of the few superhero films that takes a break from being overly grave and serious. Marvel’s been more open to doing films with a lighter tone – Ant-Man is more of a comedic heist film than a stereotypical superhero box office hit. DC’s been doing its hardest to make gritty films about aliens fighting billionaires, and it seems like people may be getting tired of the formula. Movies like Deadpool and Suicide Squad, on the other hand, show that fans are more than ready for new types of superhero content. And it’s been fine to wait for it, but Avengers was a great tonal change from the grittiness of The Dark Knight trilogy – a tone which many super hero movies have tried to emulate since then – and having something so different as a superhero musical could help make the superhero genre stay alive. The Dark Knight was great, but now that so many movies try to emulate it, it’s made the movies seem tired.

If you’re looking for what an example of a superhero musical might look like, there are certainly examples of them in today’s culture that have left people feeling satisfied. ‘Brooklynite’ follows the story of various super-people in Brooklyn. ‘Holy Musical [email protected]!’ is an unofficial Batman musical, done by the YouTube comedy troupe Starkid Productions. And while ‘Spider-Man: Turn Off The Dark’ had its fair share of production problems, the show did eventually take off and have an on-Broadway run for around three years. Imagine how fewer problems there would have been, production-wise, if Spider-Man could swing with the help of movie CGI and stunt doubles.

Plus, if there’s anyone that could turn Avengers into a musical, it’s the man that wrote the movie – Joss Whedon. The man’s written a lot of wonderful geeky content, including Buffy the Vampire Slayer. In the show’s sixth season, Whedon wrote a musical episode, ‘Once More, with Feeling,’ and it’s one of the best episodes of the show’s seven seasons. Not to mention Whedon’s already done work with singing supers, in his short Doctor Horrible’s Sing-a-Long Blog, starring big names like Neil Patrick Harris, Felicia Day, and Nathan Fillion. Doctor Horrible was a wonderful musical, but imagine if instead of a forty-minute short, it was a two-hour epic film with the budget of a big studio like Marvel and Disney. Even if the film only contained a couple of songs, like the ten or so Doctor Horrible had, that would be enough. 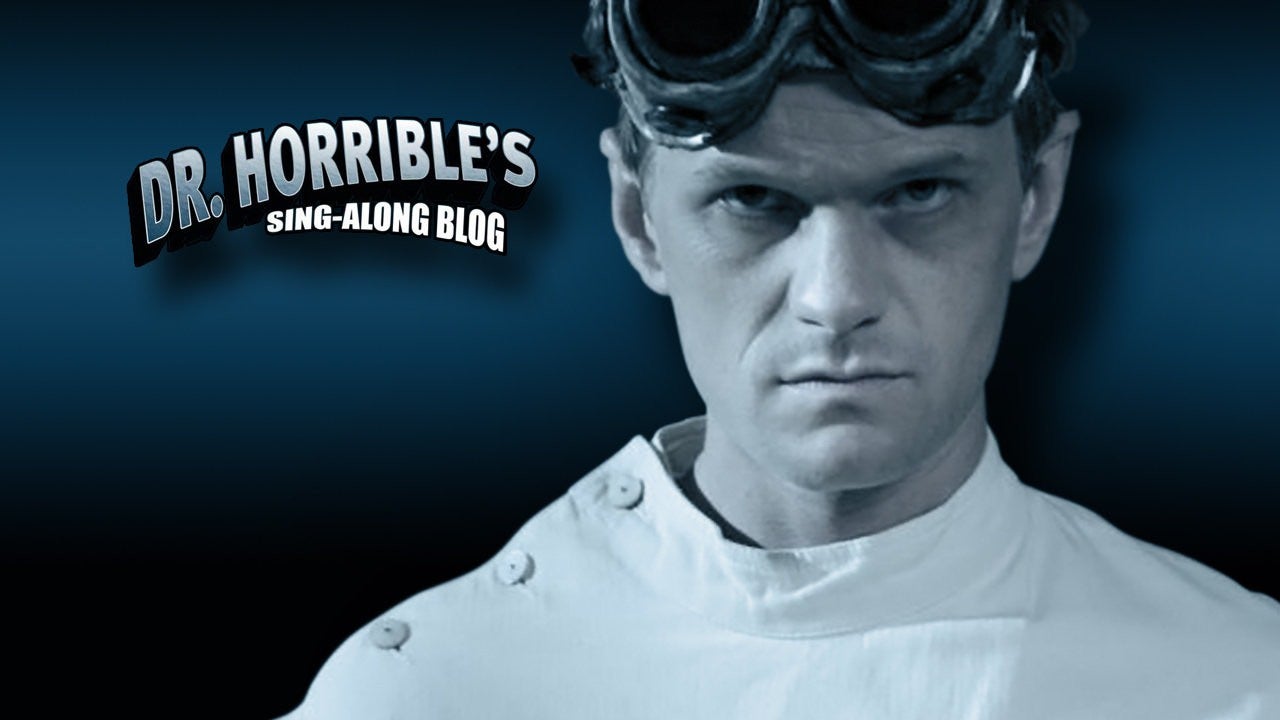 And of course, we come to Disney, which for years has produced a lot of musical movies. One of the biggest hit movies of recent years was the animated movie Frozen, which hit pop culture like a hurricane. To this day people are still singing “Let It Go.” Disney has produced so many movies, beloved by both adults and children (one example being Toy Story, which was co-written by the aforementioned Joss Whedon). Many people worried that, back when Disney first bought Marvel, the studio would turn all its superheroes into singing, PG-speaking characters. And while that image certainly wouldn’t fit characters like Punisher or Jessica Jones, that kind of light-hearted musical fun could have been very interesting to see in the Avenger’s screen debut.

One last time, this article is not to say that Avengers is not a fantastic movie. Nor is it to day that any movie that COULD be a musical should be. But Avengers, much like the writing style of Joss Whedon, is filled with both action and banter. While the banter is fun, keeping things moving and high-action is important, and music could keep things bumping. Combining the mature action/language of superheroes, with the songs Disney writes so well, could make the ultimate pairing for the two conjoined studios. And if Joss Whedon’s proven anything, it’s that you can elicit powerful laughs and emotions, even when making a musical.