THE VISITOR #6: A Bittersweet Uncertainty Follows

The Visitor #6: An Epic Afterthought

Levitz ends the series in a divisive fashion. While Kubo remains a danger to Dauber and the titular cyborg, the battle with him makes little sense. Previous issues show Kubo taking control of others with little effort. Seeing Dauber resist his control even more than the Visitor feels like a deus ex machina. The ending itself can be a little hollow, like nothing in the plot actually mattered. Unless The Visitor #6 can be seen as a tragedy where the world of Rai is inevitable. This leaves the Visitor himself, who now has more potentially memorable appearances with the rest of the Valiant universe. 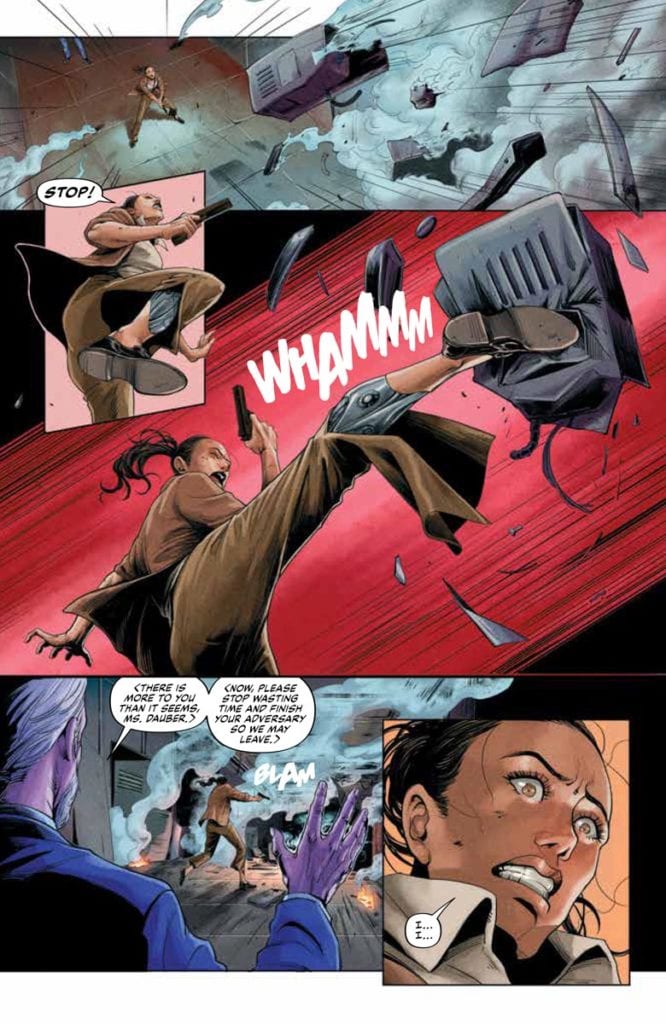 The return of MJ Kim as the artist for The Visitor #6 has its pros and cons. At its best, Kim’s art provides some very dynamic action, like when Dauber shows off an impact kick. It’s a great display using layouts for anticipation and to expose Dauber’s bionic leg. For Kubo in the background, it makes her a powerful weapon to use. Some of the coloring by Arreola adds to the action, like when Kubo’s orange psychic power match some small fires or the discharge of a bullet. It’s like Kubo has power over everything Dauber does. Unlike the brighter blue electricity of the Visitor. Some of the sound effects by Bowland further add to the tension. 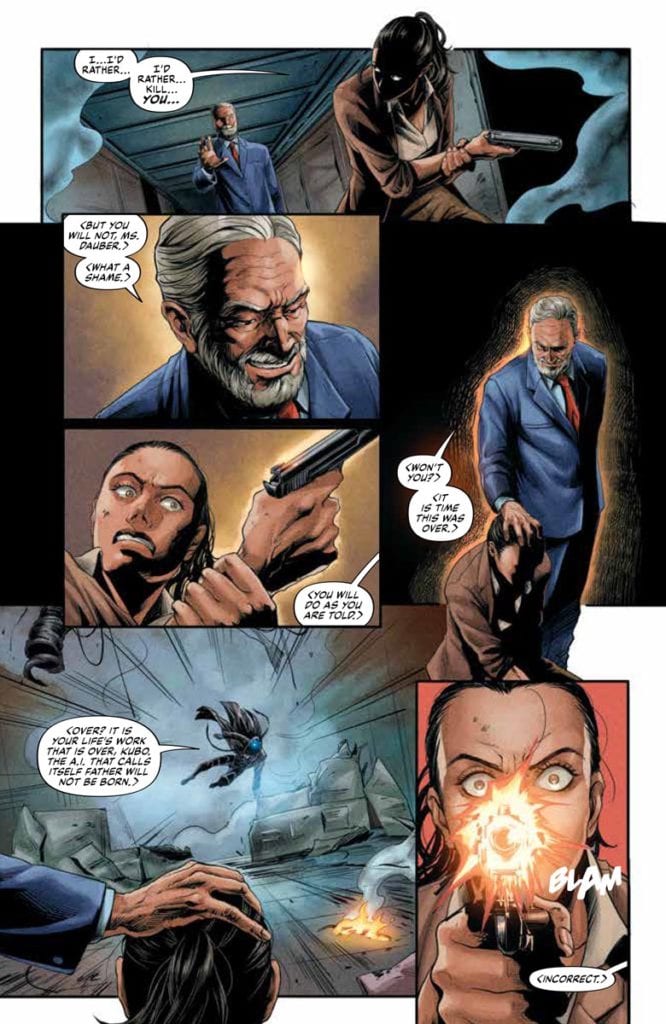 But there are some inconsistencies as well. Like when one panel shows the Visitor with his mask on even though it was removed earlier. Or even when the Visitor and Dauber shoot down a helicopter with Kubo in it. After which is a jarring bit of action where the Visitor leaps out of the copter to finish Kubo. Without the Visitor saying anything like “If the fall didn’t kill him, I will,” this feels like a redundancy.

Take Or Leave The Visitor #6

The Visitor #6 has its highs with some effective action scenes along with a tragic afterthought. But a few inconsistencies hold the overall impact back by quite a lot. Hopefully, this character can return to stand out amongst the Valiant universe.

The Visitor #6 ends the series on a rather hollow note. If anything, it leaves reader with questions that may not get answered.THE VISITOR #6: A Bittersweet Uncertainty Follows