Review: THE VISITOR #4 – Revelations Both Mundane And Villainous

The Visitor #4 is to the point where everything finally starts to have some revelations, at least in terms of morals. But is it enough for readers to see everything through to the end?

The Visitor revolves around a time traveler trying to stop a Japanese AI project from happening. One so secret that not even the supporting cast can talk about it.

Paul Levitz in his attempts not to reveal crucial details too early has only been feeding readers redundant details. The Visitor #4, however, makes some of what happens before slightly more relevant. Take for example Hayashi, the aide to the overbearing Abe. In the last issue, his snake-like behavior shows his true intent in this issue. Hayashi’s care for Abe is just a means to an end and was waiting for a chance to be rid of him. Kubo meanwhile shows how he manipulates people which might even include Ogawa. Whatever the Visitor is trying to prevent it looks like it was sinister since the beginning. With the ending of the issue revealing the Visitor’s full face, this threat might be familiar to fans of Rai. 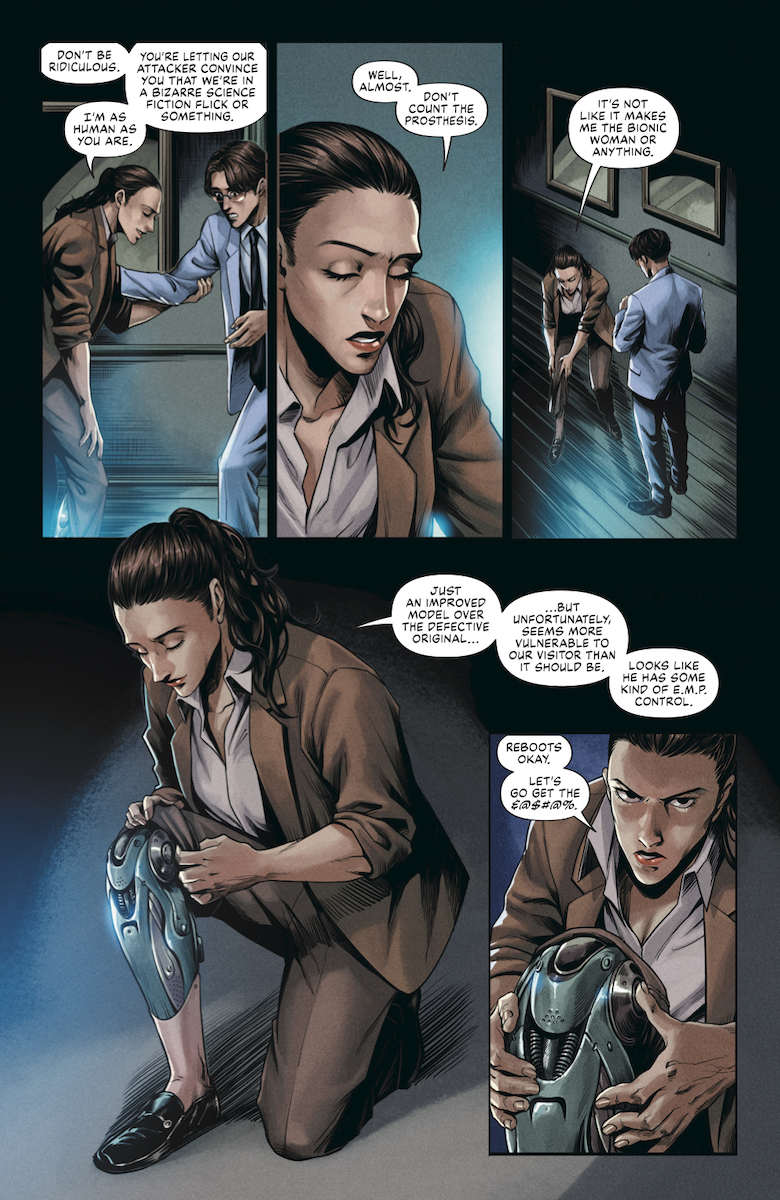 Unfortunately, these revelations’ importance is highlighted by another one. The Visitor is able to fight off Talia Daubney because The Visitor #4 reveals she has a bionic leg. This along with the Japanese official’s motivations would be better if the revelations came earlier. But at least the romantic subplot is put to the side.

MJ Kim works with David Tinto to illustrate some dynamic action scenes. The scenes where the Visitor jumps onto a train to avoid being gunned down by helicopters shows a decent seesaw effect. With the gunfire being so rapid, it perfectly displays the Visitor’s resourcefulness. Meanwhile, the character’s movements show the most appropriate body language. Whether it’s Abe’s shock towards Hayashi or Talia trying to level with Ogawa, readers might not even need the word balloons.

Ulises Arreola continues his impressive coloring especially in contrast to dark backgrounds. As for the bright color coding, it’s nice to see consistency such as the bright oranges displaying danger. Whether it’s helicopter machine gun fire or even the lights of a helicopter that transition from light orange to red. Blue meanwhile retains its revealing nature with the helicopters’ searchlights or even the Visitor’s mask when he takes it off. 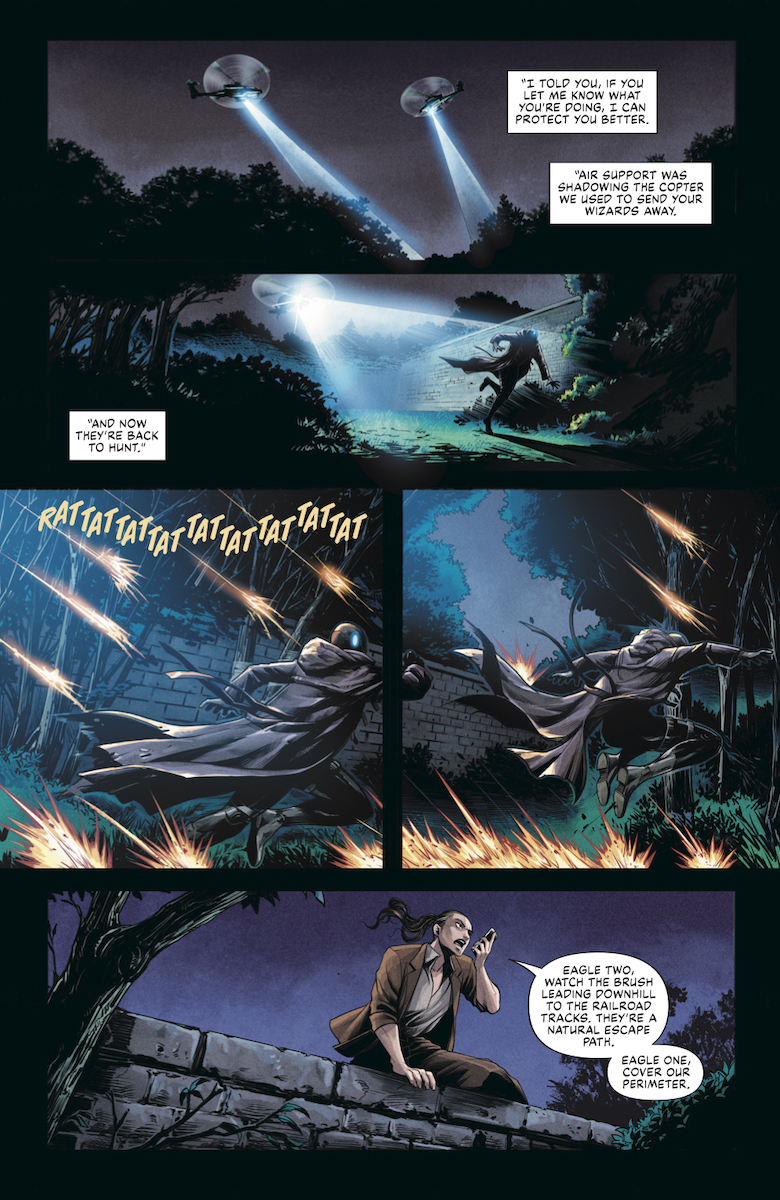 Simon Bowland has a much simpler time in The Visitor #4, keeping a decent flow with the word balloons. The few times there are onomatopoeias they get a color code to match Arreola’s bright lights. But perhaps the best usage comes from when The Visitor meditates and data in futuristic fonts decorate his silhouette. An admittedly impressive feat and one that shows the momentum of the series picking up.

The Visitor #4 is the issue where the plot finally starts to pick up after a lot of backpedaling. While it’s nice to see the plot move forward, it’s also a reminder that the series took a very long time to get to this point. So if you want to finish this series to see where it’s going, all the better. But if you’re a first-timer to this series, it might be best to pick and choose where you go.

Are you reading The Visitor? Comment below with your thoughts.

Review: THE VISITOR #4 - Revelations Both Mundane And VillainousThe Visitor #4 is to the point where everything finally starts to have some revelations, at least in terms of morals. But is it enough for readers to see everything through to the end? Recap The Visitor revolves around a time traveler trying to stop a...