Review: TALES FROM THE DARK MULTIVERSE: BLACKEST NIGHT #1 is Darker than the Original

The Blackest Night Grows Even Darker!

When the Dark Multiverse was revealed in Dark Knights: Metal, it intrigued me. A second multiverse where things went wrong instead of right? The possibilities are endless! When the series Tales of the Dark Multiverse was announced, I was super excited to see them! We first got a dark version of Knightfall that saw Azrael go entirely off the deep end, becoming a venom powered Batman. We then saw Lois Lane take the role of the Eradicator in the Death of Superman, bringing an Injustice style of order to the world. Now we have a darker take on one of the darkest Green Lantern stories in DC’s history: Blackest Night. How much darker can the night get? 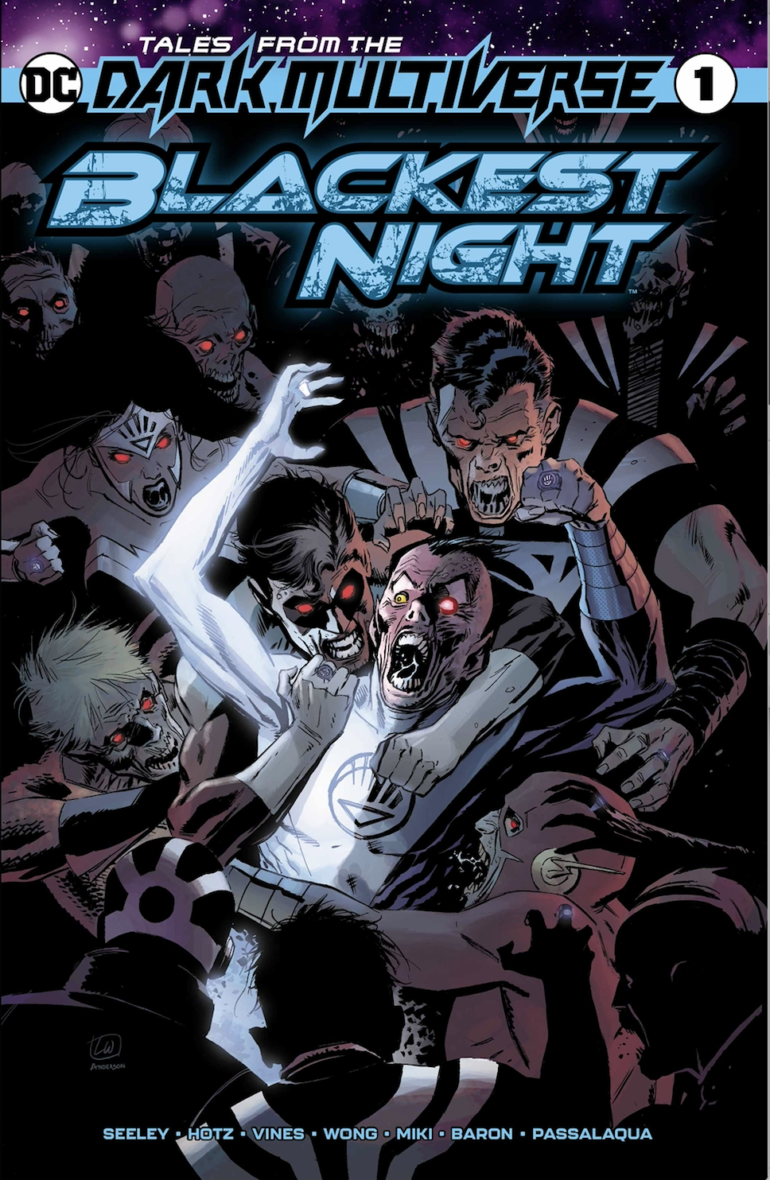 Starting from the climax of Blackest Night, we instantly see where things have gone wrong. Where in our universe Sinestro shared the power of the White Lantern to overpower Nekron, he doesn’t in this universe. Without that necessary back up, the death god killed the white entity, allowing the Black Lanterns to overtake the universe.

A few weeks later, we see a pair of survivors fighting to stay alive in San Francisco. Lobo was able to stave off the infection due to his Czarnian biology, while Dove is immune to the infection. Before they are torn apart by Black Lantern Titans, Sinestro arrives wielding both a black and white ring. He disables the zombified heroes and approaches the survivors with a plan to save the universe. 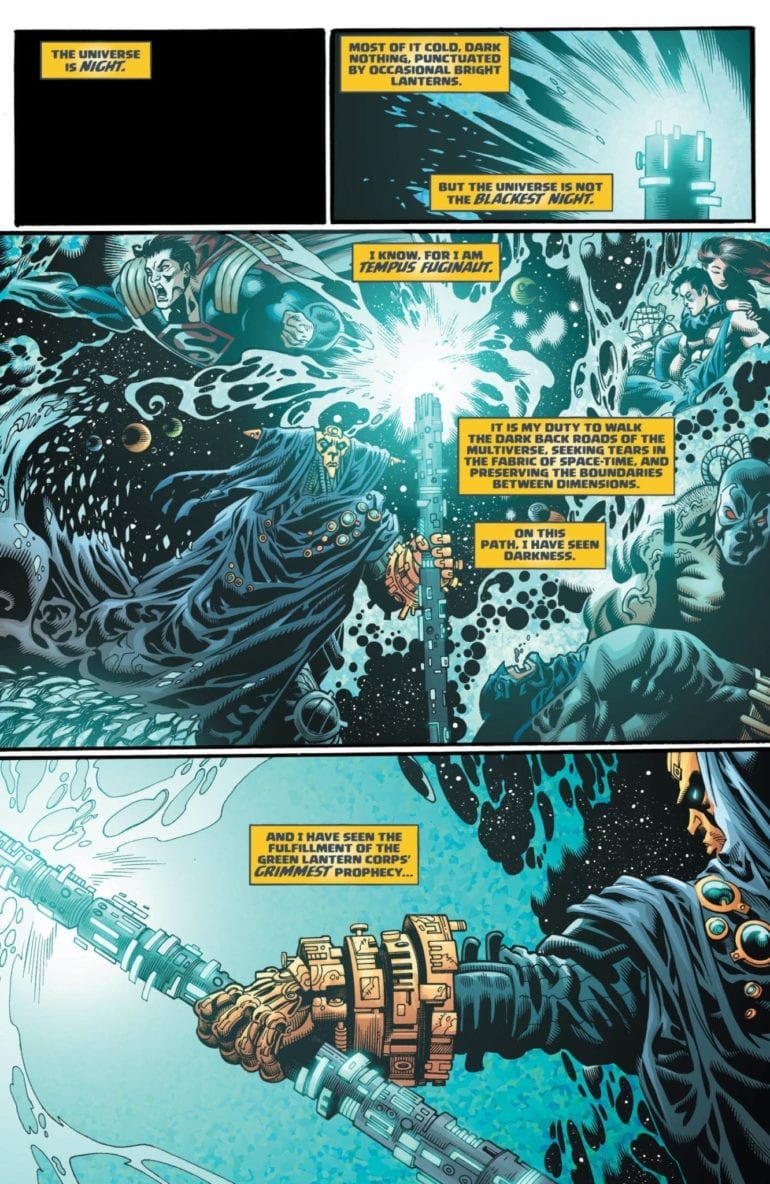 This is honestly the best issue or Tale of the Dark Multiverse yet. We have tons of cool action sequences and terrifying concepts, as seen with previous issues, but we also get great character moments. The small gripe the series has is that while it is cool to see such massive changes to the stories we know and love, to make them work, some of the characters have to make huge changes, such as Lois Lane becoming incredibly hateful of the League in the last issue. In this one, you can see a natural progression of character development. Lobo is still that darkly humorous bounty hunter, Dove that hopeful hero, and even Sinestro is still his stuck up self. It felt like this was supposed to be an alternate ending to the story instead of a What If. It’s a shame this came after Halloween because this is a damn near perfect horror story. 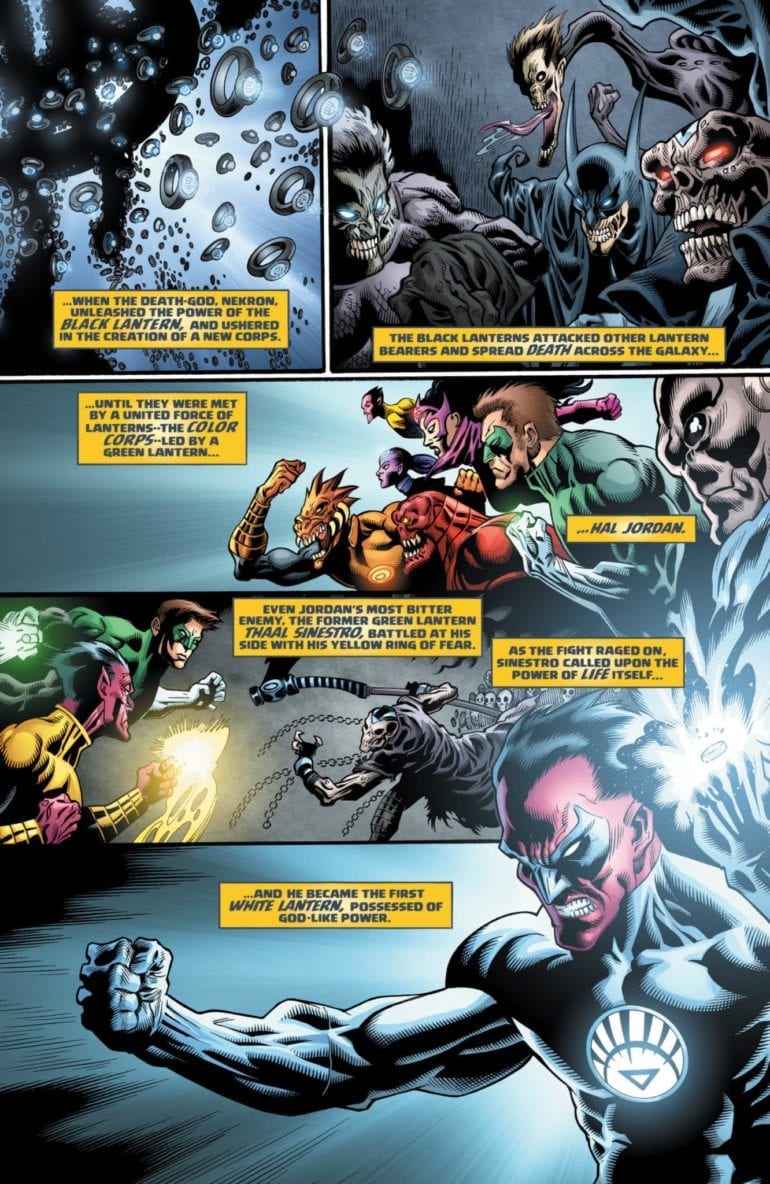 While I do enjoy the story and think it’s the best that has been put out, I have to say that the artwork is just okay. It’s not terrible, but at the same time, it isn’t anything to write home about. In defense of the team, they do make some pretty gnarly designs that encapsulate the horror of Blackest Night. The best piece done in the issue is definitely when the team goes to Apokolips to find the New Gods as Black Lanterns. They’re as terrifying as they sound, and I think it shows they tried. It’s hard to compare this team to Ivan Reis in the original story, but their art fits just enough. 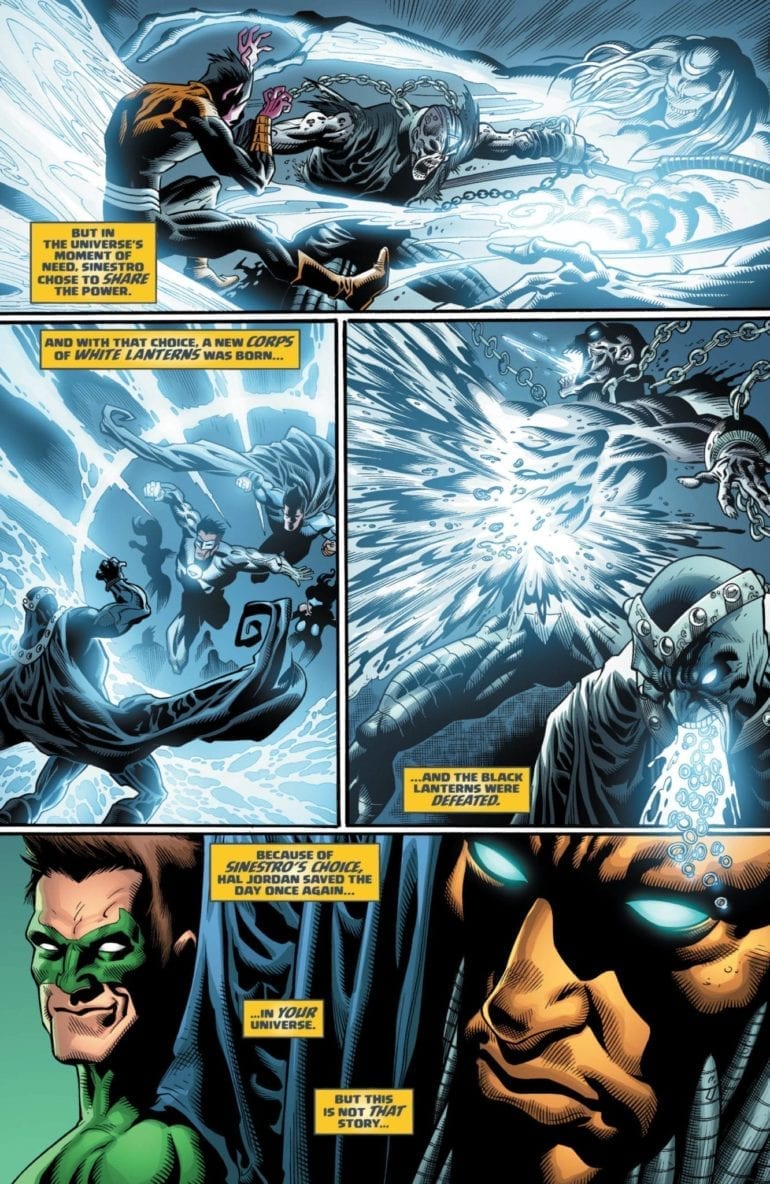 Overall, this was a great tale from the dark side. Blackest Night was already a terrifying story, and this creative team took it a step further. We have grand action sequences and horrific imagery that captures the feel of the original story. The art might not be on the same level as the original tale, but it does the job and give us terrifying designs to new the Black Lanterns. I can only hope Infinite Crisis will live up to this Tale from the Dark Multiverse.

The Blackest Night has gotten even darker in the Dark Multiverse, and it relishes in it.Review: TALES FROM THE DARK MULTIVERSE: BLACKEST NIGHT #1 is Darker than the Original