Tales From The Dark Multiverse Batman Knightfall by Scott Snyder, Kyle Higgins, Javier Fernandez and Alex Guimares successfully revisits and fully realizes the classic Knightfall storyline as we visit a world were Azrael permanently became Batman and holds both Gotham and Bruce Wayne in his grip.

From DC Comics – Thirty years after Bruce Wayne was broken and failed to take back the mantle of the Bat, Jean-Paul Valley, now known as Saint Batman, has turned Gotham into the city of his dreams. In his new order, killing has become commonplace and criminals live in constant fear-all in the name of justice. But just when all seems lost, a new hope for Gotham City rises…the son of Bane! 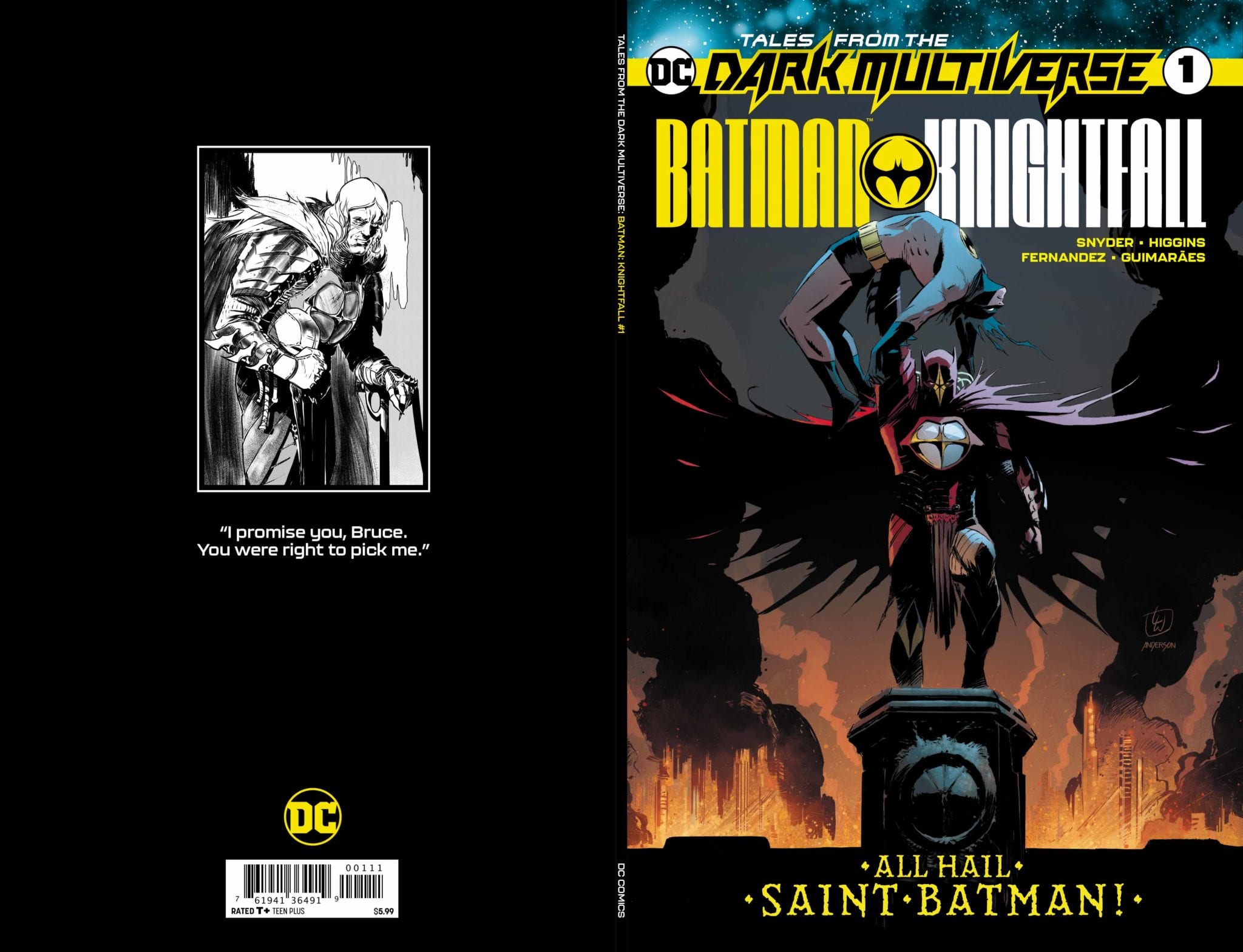 Tales From The Dark Multiverse Batman Knightfall is basically the first in a DC Comics version of Marvel’s What If… series (right down to the omniscient, cosmic narrator). And like that classic series, the stories are only going to work if the initial concept has a great hook. In this case, Batman Knightfall does. Writers Snyder and Higgins take the classic Knightfall storyline, have Azrael become Batman, and then push it darker and darker. ‘Saint Batman’, as Azrael is now called, is as sadistic as you would think. He’s Batman with the fever and righteousness of a religious fanatic. A fanatic also hopped up and addicted to the drug Venom. And what he has done/is doing to Bruce Wayne is just…well it’s fucked up. Really fucked up. Snyder and Higgins write a scary villain here and his unhingedness is very real. 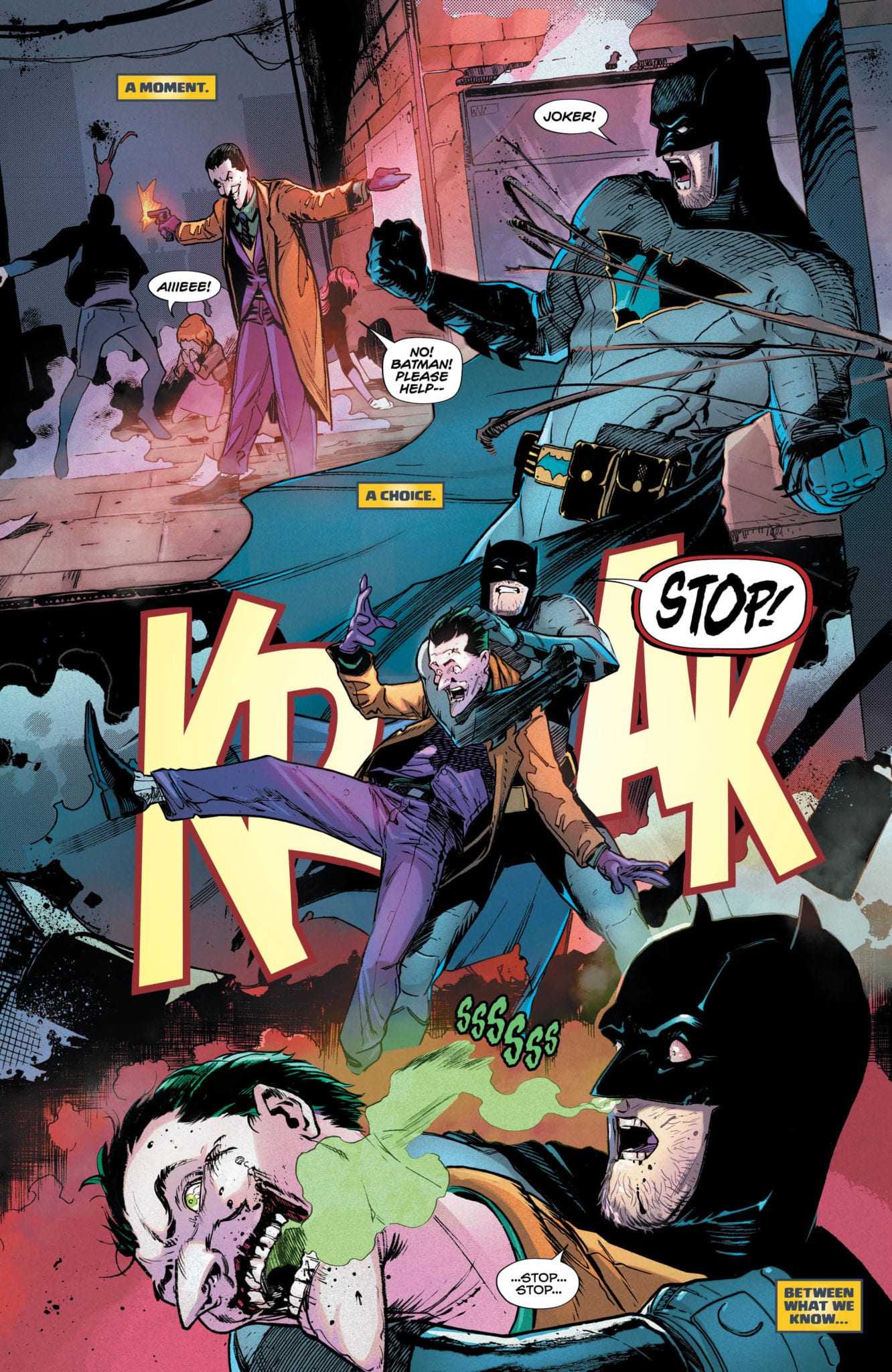 Snyder and Higgins also throw in some unexpected characters. We get the son of Bane, who is driven by revenge and a reformed Lady Shiva, who is always fun.

And since this is a Dark Multiverse spin-off, there are also hints and nods to a looming crisis and what’s going on in the DCU in general. But nothing to really alienate someone not current and caught up.

The art in this book is great. Javier Fernandez, with his more noirish and fluid art, brings a new look and feel to the Knightfall Batman that tones down the cheese and exaggeration that didn’t age well. Fernandez creates the dark and eerie mood needed for this story, and his composition and layout choice is top-notch. He also knows how to really use a splash image.

When you mix in Alex Guimares colors everything comes alive. Guimares uses colors to heighten mood and emotion, bringing out even more energy in Fernandez’s linework. The work here reminds me of Gotham Central and Criminal. It has that vibe. 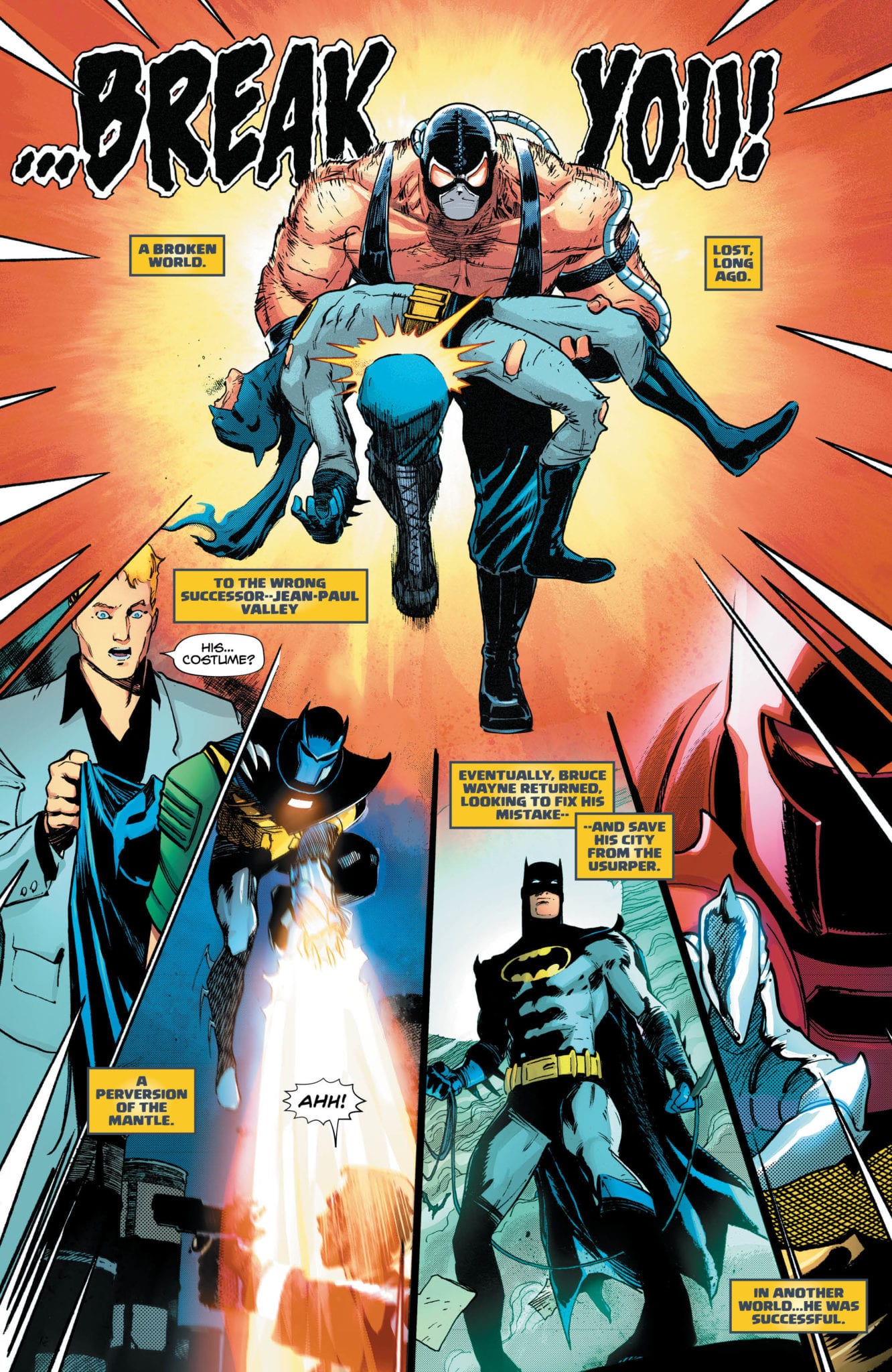 Tales From The Dark Multiverse Batman Knightfall is a great start to what looks like to be a fun series of books. DC seems to be going hard on these Multiverse ideas. If the rest of the books have this twisted sense and gorgeous art readers are in for a treat.

Tales From The Dark Multiverse Batman Knightfall is out now from DC Comics. You can get it at your local comic shop.