Review: The Team Is Off To The Races In SONIC THE HEDGEHOG #33

Sonic The Hedgehog #33 out this week from IDW Publishing is the start of a new journey. Rogue takes more of a leadership role as she pulls a team together to help find parts to repair Omega. The new work by Evan Stanley (writer and artist), Reggie Graham (colors), and Shawn Lee (lettering) are off to a decent start.

The Metal Virus is gone, but things aren’t quite back to normal. Omega is damaged and his allies turn to Tails and Sonic for help. The only way to rebuild him is to trade parts with a mysterious champion Chao racer… but things aren’t what they seem. 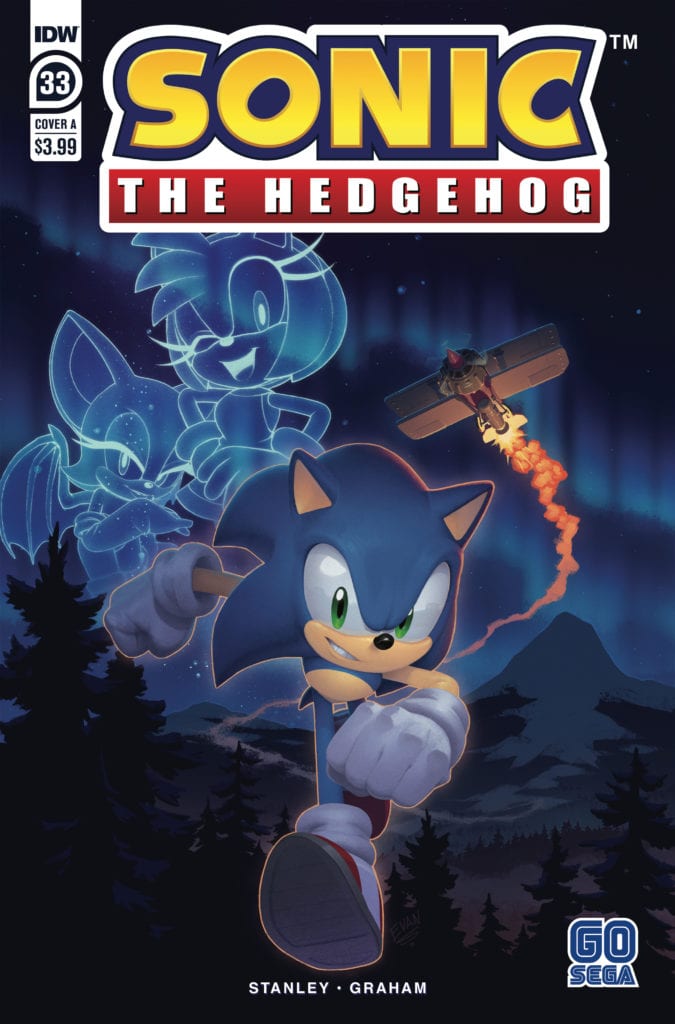 There is a lot of talk about how this issue is a great jumping-on point for new readers of Sonic The Hedgehog and there is a lot of evidence to support this claim. There isn’t a lot of overhang from the previous story a new reader needs to know coming. In fact, the main aspect of what the reader needs to know (in this case, it’s how Omega is damaged and needs to be repaired) is introduced in the first few pages of the issue. So, points for living up to this claim.

The writing by Evan Stanley seems to focus on the characters and their interactions with one another. Rogue acting like a team leader for a heist seems on point but at the same time shows off a more caring aspect to her personality. So far, Stanley is demonstrating they have a good sense of the characters and have set up a good start to a new arc. 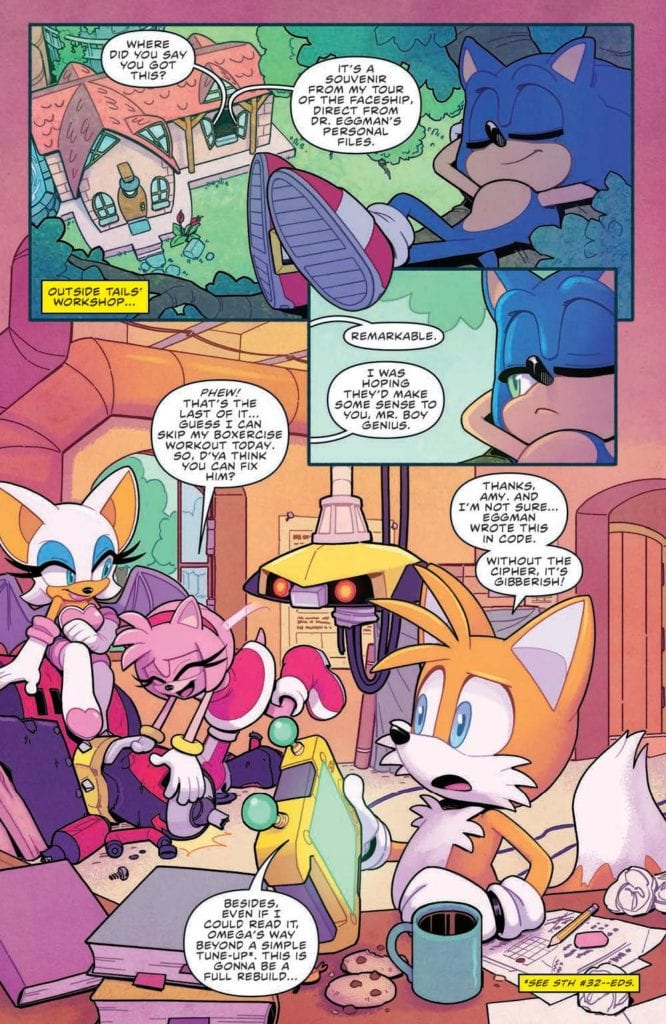 With Evan Stanley acting as both writer and artist a lot of scenes seem to pop. There is some great use of facial expressions to show off the emotions of the characters as scenes play out. One panel imparticular which stands out features Sonic the Hedgehog grimacing while exploring a former Badnik base. The panel encapsulates just how creepy the location is.

The new colorist, Reggie Graham helps to bring attention to the scenery and background of each panel. Graham seems to have a talent for helping to visually illuminate scenes. This helps as Amy and Rogue travel to White Park and enter a building structured like a ski lodge. The lighting feels warm and welcoming as if someone coming inside from a winter night. 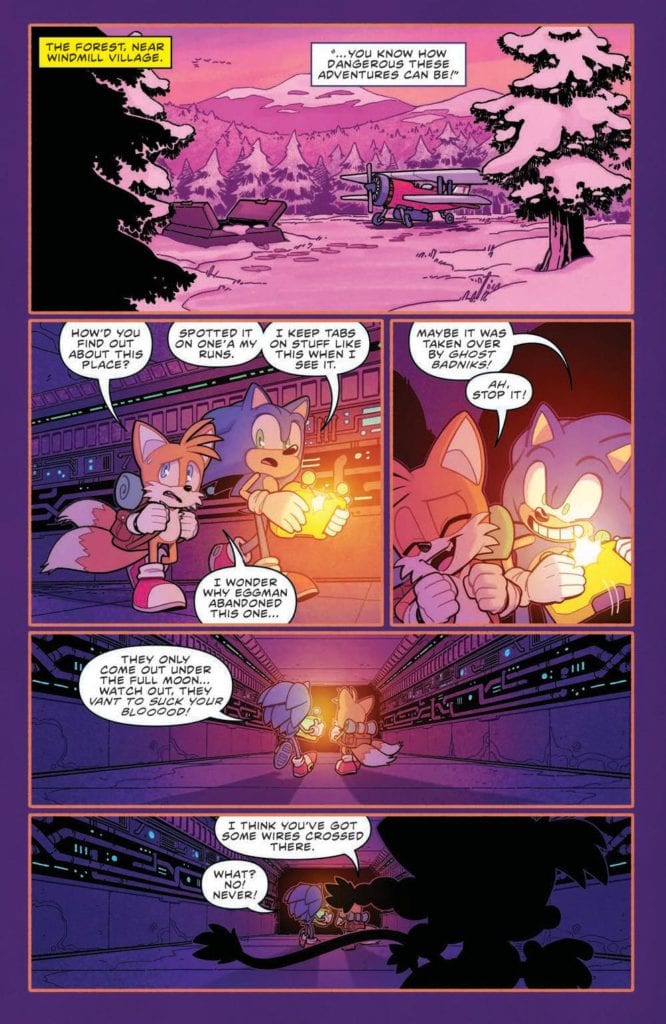 The lettering by Shawn Lee helps with the auditory aspects of the issue. Special attention is paid as Cheese enters the Chao race. The words and font used convey the idea Cheese is trying is best but is not in real danger as the action unfolds. A perfect fit as such a tiny and adorable character takes the spotlight.

A promising start to a new arc thanks to very emotional artwork. Review: The Team Is Off To The Races In SONIC THE HEDGEHOG #33