Sonic The Hedgehog #32 from IDW Publishing is out this week and marks the end of Ian Flynn’s run as writer for the series. Flynn had been onboard since the series was relaunched by IDW back in 2018 and has helped the comic reach a lot of positive acclaim with this new run. Joining Flynn is Adam Bryce Thomas (pencils and inks), Matt Herms (colors), and Shawn Lee (lettering).

The second half of the Metal Virus Saga epilogue. With all the chaos of the recent past still fresh in everyone’s minds, Dr. Eggman launches a new assault—determined to take down his enemies once and for all. 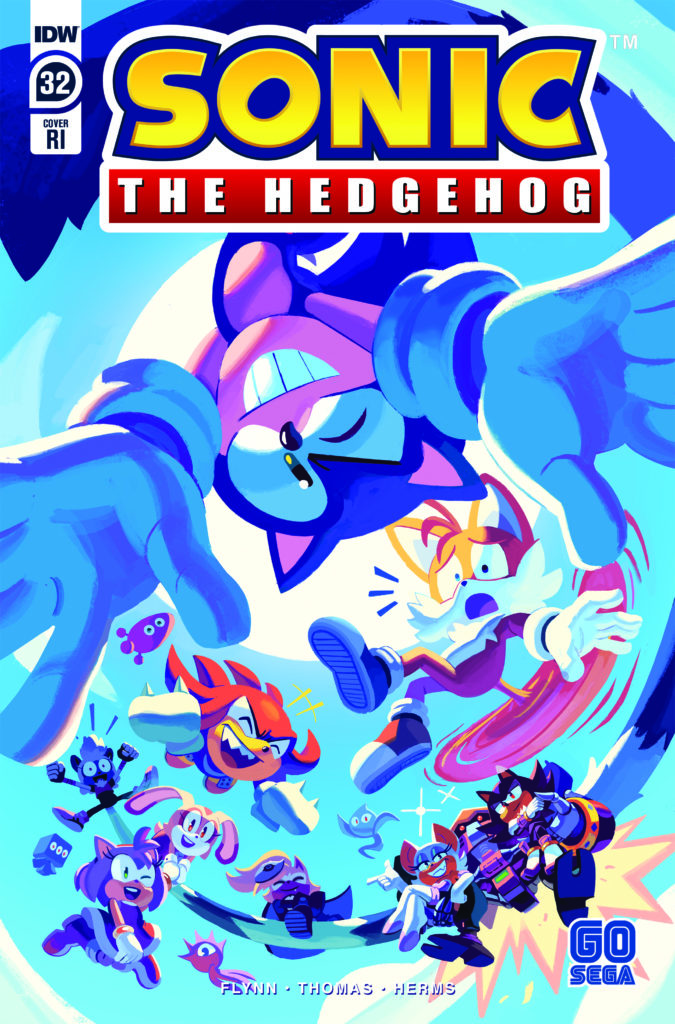 As Dr. Eggman decides to crash the victory party, it’s surprising how the entire cast seems to have difficulty repelling his attack. Tails, Rogue, Amy, and the Chaotix are all present and Dr. Eggman still seems to have the upper hand. It does serve as a great setup though to allow for Blaze to offer some assistance in a very special way.

Ian Flynn takes the time to make sure the characters are in a better place when everything is said and done. The overall story isn’t as incredible as the more over the top aspects which came during the Metal Virus storyline but its still an entertaining issue. The run since the series arrived at IDW comics has been on a high level of quality and the creative team should be proud of what they have created. 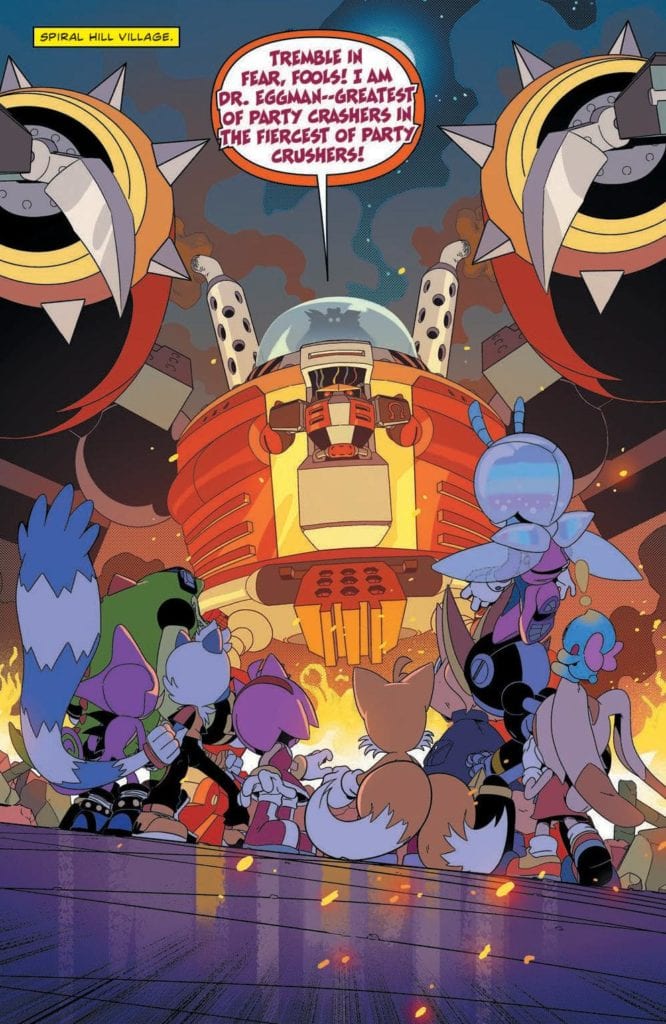 The art by Adam Bryce Thomas focuses on making sure the battle against Dr. Eggman comes off as epic and intense. Two great full-page splashes are used in the issue. One showcases the colossal scale of Dr. Eggman’s weapon and the other has Tails and the gang working to thwarting his efforts.

The colorwork by Matt Herms makes the action scenes more extreme. The best example of the impact comes as Blaze uses the power of the Sol Emeralds. By tapping into their power, energy radiates around her and allows her to perform a miracle. 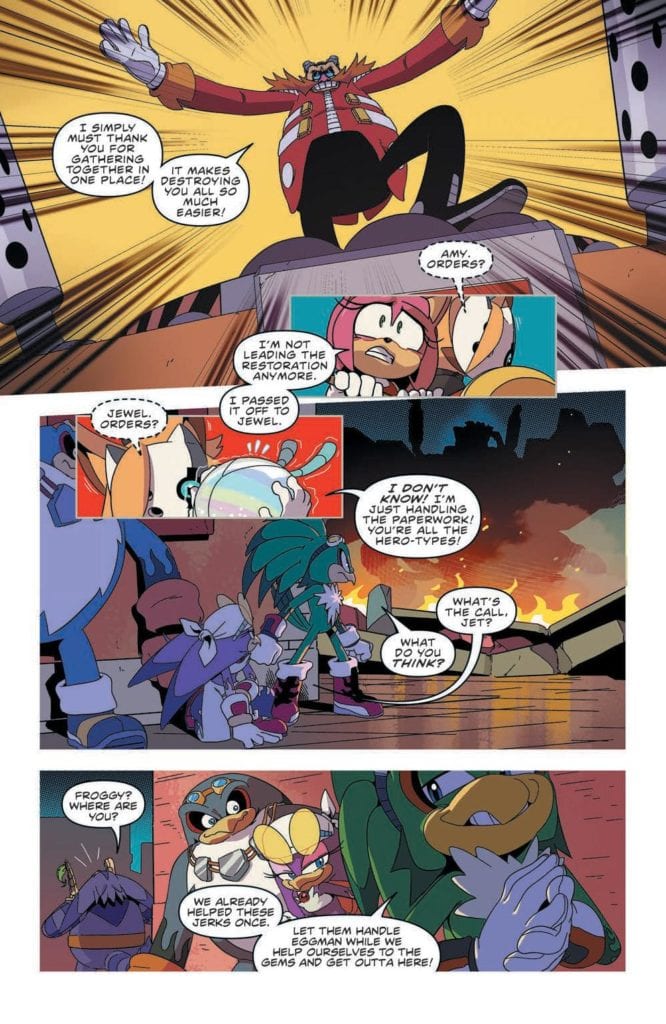 The lettering by Shawn Lee helps guide the flow of the narrative from panel to panel. This allows for the action to unfold much smoother. As always Lee knows how to make sure the sound effects add to the panel’s presentation instead of becoming distracting.

Thought Sonic the Hedgehog #32 may be the end of Ian Flynn’s run as writer of the series, it doesn’t mark the end of Flynn’s involvement with the franchise. A miniseries titled Sonic The Hedgehog: Bad Guys is coming soon and is written by Flynn. With Flynn’s departure, it will be interesting to see where writer Evan Stanley takes the series moving forward.