Review: SONIC THE HEDGEHOG #31 Puts The Pieces Back Together

Sonic the Hedgehog #31 releases this week from IDW Publishing and focuses on wrapping up the metal virus saga. Even though the heroes were able to save the world, it becomes apparent they have a lot of rebuilding to do moving forward. The artist team consists of Ian Flynn (Writer), Adam Bryce Thomas (Pencils and Ink), Matt Herms (Colors), and Shawn Lee (Lettering).

It’s all led to this, the thrilling two-part epilogue to the Metal Virus Saga. The world has changed. Heroes and villains plan for the future as reconstruction begins. But one hero remains missing… 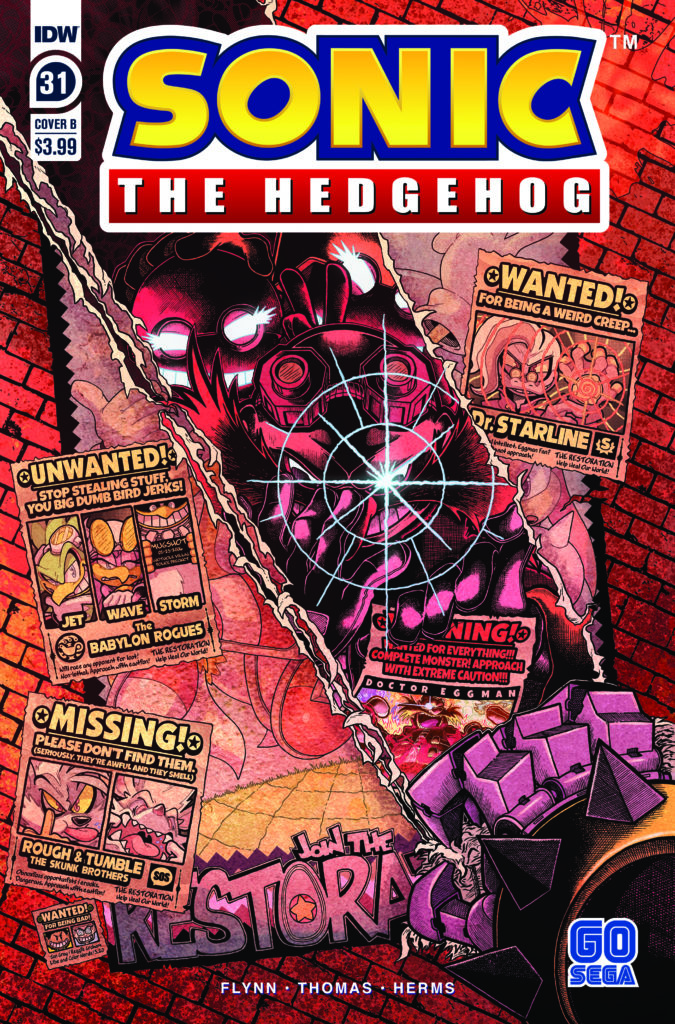 The issues feature all the characters moving forward in the aftermath of the metal virus. Most of them feel overwhelmed by the challenges in front of them. Amy Rose struggles to rebuild the Resistance base, The Chaotic are overwhelmed with person cases, and even Dr. Eggman struggles to come up with a new plan to take over the world. Luckily, all of these groups soon find they are not alone in their struggles.

The end of Ian Flynn’s time as the writer (who worked since on the first issue since IDW launched the new series) is drawing close but it is apparent there is intent to leave the characters in a good place for the next creative team. At the same time, seeds of possibilities are being laid for those who come after to address. Such as a very charming interaction between Vector and Vanilla. 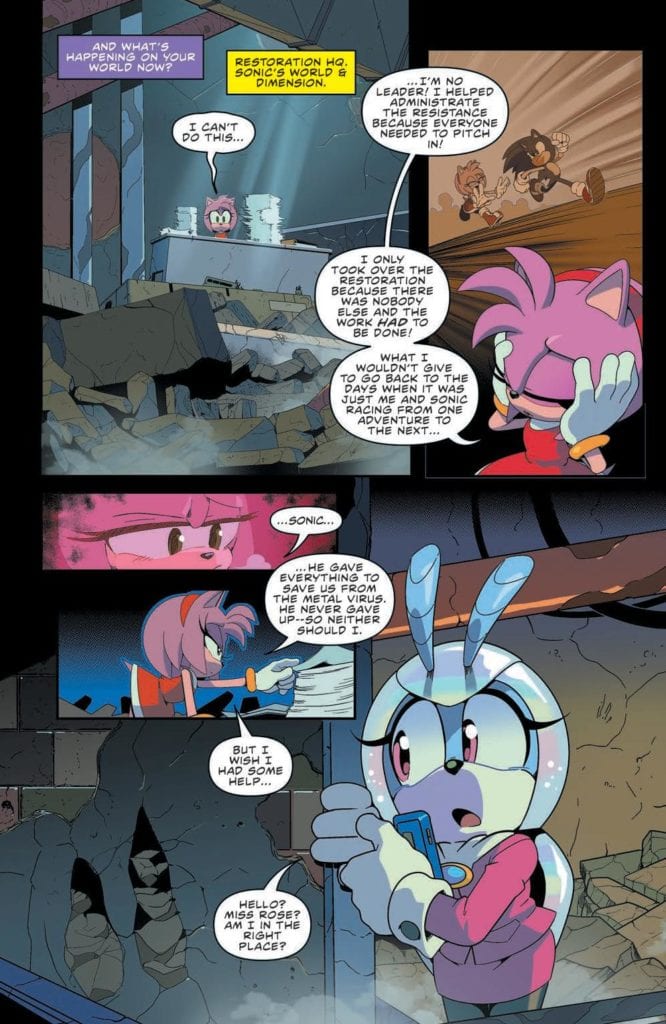 Adam Bryce Thomas pays close attention to the use of body language in this issue. Character moments vary from having more lighthearted moments but also take the time to get serious and reflect. When the moments do become heavy, Thomas makes sure to show the characters as being stiff as they feel the weight of their situation as they struggle to move forward.

The colorwork by Matt Herms emphasizes the emotional moments from panel to panel. One of the best examples comes as Silver the Hedgehog is shown making a shocking revelation. The coloring aids to show a sense of hopefulness the character has achieved after the metal virus arc. 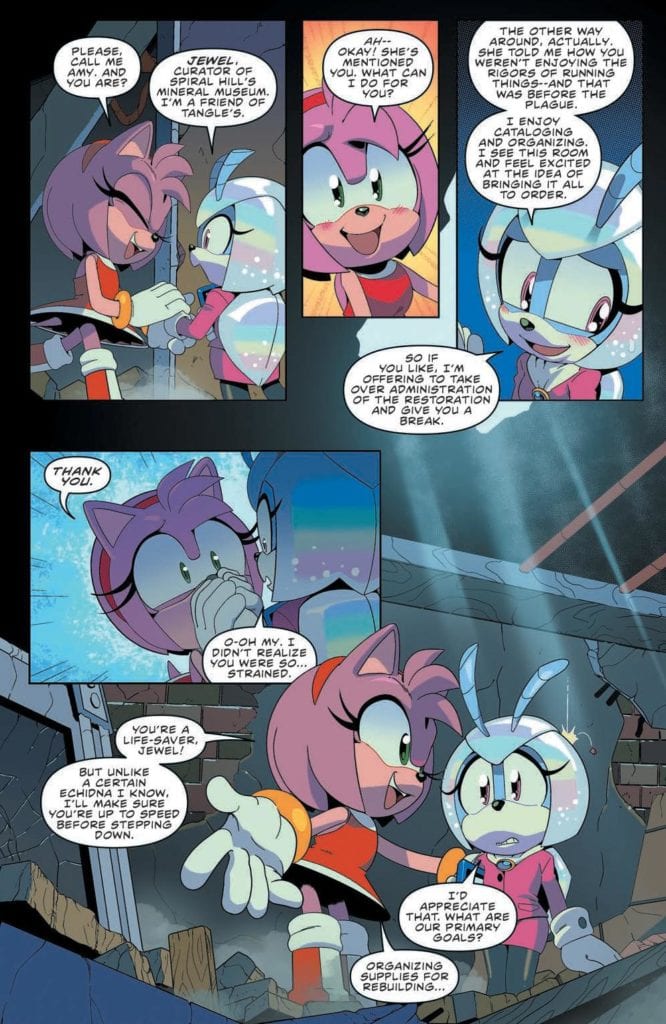 The lettering work by Shawn Lee helps with the smooth transitions from panel to panel. Proper bubble placement allows for the reader to experience a great sense of flow the characters take the time to reflect on all they have overcome. Additional points for Lee’s use of sound effects which never distract from the overall story.

Sonic the Hedgehog #31 is the first part of the conclusion of Ian Flynn’s run on the title. The first part is a reminder of everything the fans enjoyed and how well the character interacts with one another. There is little worry the next issue won’t be more of the excellent quality fans have seen in the previous 31 issues.

Characters rebuild and regroup thanks to quality art. Review: SONIC THE HEDGEHOG #31 Puts The Pieces Back Together