Review: The Reign of Beasts in THE BUTCHER OF PARIS #2

“The Butcher of Paris” #2 is a more quiet and contemplative chapter than its predecessor. However, the successfully confident prose of writer Stephanie Phillips works in tandem with a consistently great art team to create another engrossing comic issue.

In Nazi occupied Paris, the death toll mounts, but the killer’s motive and whereabouts remain unknown. The investigation uncovers a name–a doctor, whose skill and expertise match that of the meticulous crimes. But is this doctor the sadistic killer operating in the shadows, or just another victim of the Gestapo?

Phillips approaches this issue with more of an investigative script than the first. There are discoveries, speculations and conversations abound here. This admittedly makes for a less exciting issue than the first. However, the dialogue among these characters is written with an immense attention to detail and character that this is still a highly engaging read. This is a chapter with the genre additions of crime procedural and political thriller tossed in. Different groups, namely the Gestapo and the French detective, have their own motives for stopping this serial killer. The struggle of a city under the occupation of a hostile force while also having to deal with a monstrous murderer is never lost. The tension feels like a pressure cooker with too many items on boil – and this is meant in the best way possible. 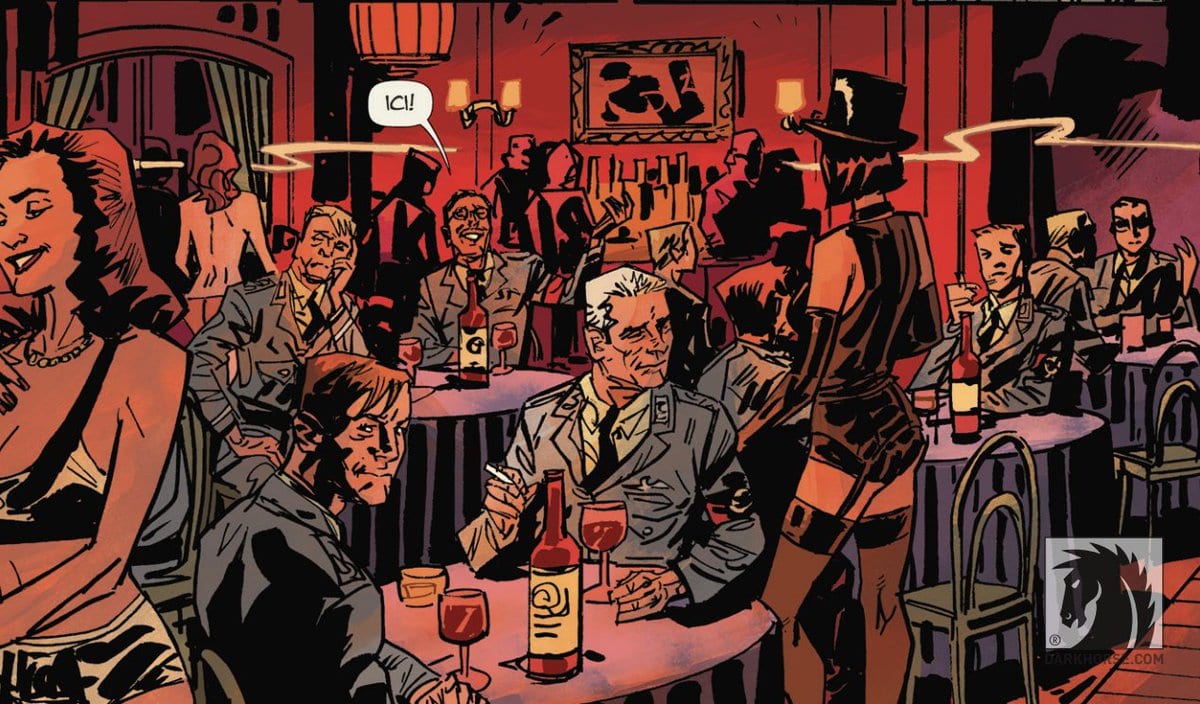 Once again artist Dean Kotz is on hand to deliver is easily identifiable atmospheric penciling to “Butcher of Paris.” His character drawings are distinct from one another and the facial expressions of individuals are believably natural. The beauty of comic art like this is how tonally perfect it is. It’s reminiscent of a French graphic novel of sorts in its artistic personality. An element that assists this is the washed watercolors of Jason Wordie that give the world life. The art makes for distinctly memorable sequences, such as a conversation in a morgue and the lush interior of a French cabaret. The art team does stellar work bringing this historical horror to life.

“The Butcher of Paris” #2 is a stirring issue that takes its time to increase the tension of the overall plot. Stephanie Phillips’ script is filled with fascinating and naturalistic conversations. Kotz and Wordie’s art brings a unique, almost European graphic novel style and atmosphere to the story that works brilliantly. The atmosphere continues to feel oppressive as the whereabouts of this monstrous butcher becomes more unclear. If you were a fan of the first, be sure to come back for this follow up at your local comic shop on 1/8.

A slow, contemplative second chapter that still offers some chilling moments.Review: The Reign of Beasts in THE BUTCHER OF PARIS #2