"This is something we really try to highlight throughout the book – what happens when an entire city (or even the world as a whole) loses the ability to empathize?"

About the series:
In 1944, as Swastikas flew over Paris, one of the most notorious serial killers in history turned the occupied city into his personal hunting ground. Under the guise of opportunity and freedom, Marcel Petiot preys on those desperate to flee . . . until a gruesome discovery alerts the police. In a city under siege, the hunt for a serial killer begins as a French detective races to bring the heinous villain to justice before the Nazis beat him to it.

Along for the ride with Phillips and Kotz are colorist Jason Wordie, letterer Troy Peteri, and cover artist Dave Johnson. Issue one hits your local comic shop on December 4th.

Monkeys Fighting Robots: Stephanie, thanks for taking the time to talk with us! Butcher of Paris is based on an actual serial killer, Marcel Petiot – what inspired you to tell this story?

Stephanie Phillips: I found the story about Marcel Petiot a few years ago and just couldn’t get it out of my mind. The more I learned about the case, the more I felt like this story needed to be told. Since Petiot was operating during WWII, I think his crimes are overshadowed by the larger world conflict. But, looking specifically at Petiot and his victims offers us a new approach to learn about the larger conflict. Posing as a resistance fighter to help Jews escape the occupied city, Petiot saw an opportunity that he exploited for years before being discovered by the police. Even then, police were unclear if Petiot really was a member of the resistance or if he was working with the Gestapo. All of the elements of this case offer a snapshot of life in an occupied city and what everyday horrors residents faced during War.

MFR: How did you come to work with artist Dean Kotz on this project? What about his art makes him the best collaborator to tell this story with?

Phillips: I had an idea in my mind of what I wanted the story to look like and when I saw some of Dean’s work on Twitter, I knew he was the perfect artist. Dean has made each page look even better that I imagined. Beyond being a great artist, Dean is also an incredible storyteller. Dean really picks up on small details of body language and how characters interact with one another that really elevates the story. 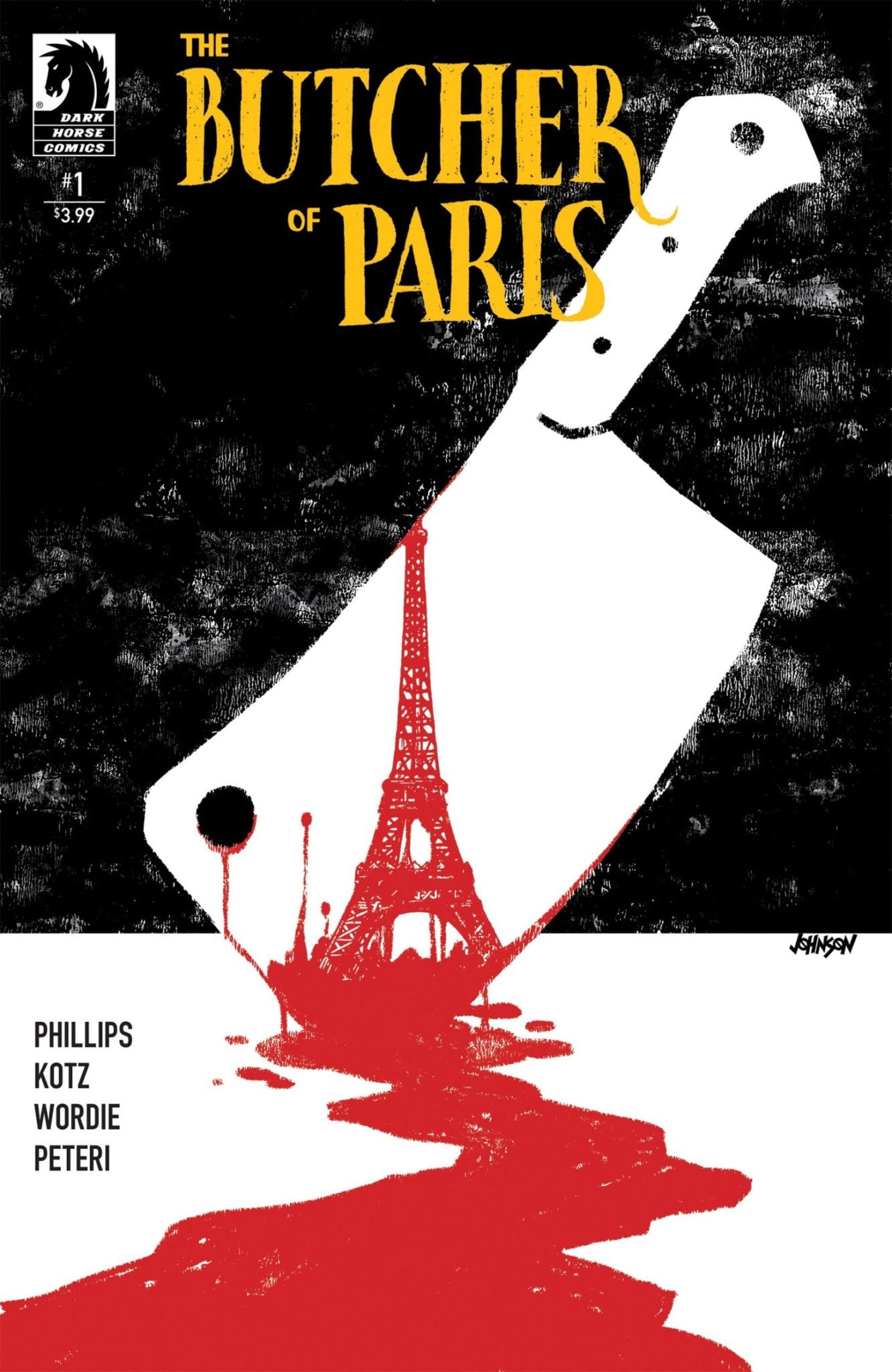 MFR: Aside from the gruesome and intriguing murder mystery, a big theme of Butcher of Paris seems to be “what price are you willing to pay for freedom?” Is that the message you’re hoping readers take away from this series?

Phillips: While that’s clearly an issue that Marcel is capitalizing on when he literally asks Jews to pay for their freedom out of the city, I think empathy is a much larger issue throughout the book. We are talking about a city that has been under occupied rule for years. The horrors of the Nazi regime are something residents are faced with on a daily basis. This kind of desensitization to the horrors of war can make it easy to lose perspective about the individual cost of this conflict. With over 85 million deaths due to war and genocide, I think we often study the War as numbers and statistics, versus actually talking and thinking about the individual loss of life. This is something we really try to highlight throughout the book – what happens when an entire city (or even the world as a whole) loses the ability to empathize?

MFR: Between DEVIL WITHIN, DESCENDENT, and now BUTCHER, all of your stories seem to have some kind of basis in history and true events. What draws you to these tales? Is it a kind of “real life is stranger/scarier than fiction” mindset?

Phillips: There is definitely an element where reality can often be more surprising and gruesome than anything our minds could invent, but I’m also just a history buff. I really enjoy stories that allow me to research and learn something new. I am interested in historical stories that kind of zoom in on an event and see a perspective that we wouldn’t normally get in history classes. Reading a book about WWII is really not the same as this more personal perspective that I think you get from learning about a specific event or person in the history of Paris’ occupation. This is what helps make the numbers and statistics human.

MFR: And do you find it challenging writing a detective/horror story based on true events? In a sense, the world already knows how this story ends (or they can Google it). How did you keep things intriguing and exciting?

Phillips: Yes, the readers can absolutely Google the ending to the book. Petiot’s fate is on Wikipedia (spoiler alert). However, I think this is what makes the ability to work with historical fiction really interesting and important. You can read all the facts of the case or the War, but you will still miss a lot of the elements that make this story worth reading about. Petiot is in this story and we do cover some of his history and crimes, but this is largely a story about the city, about how people reacted to Petiot, about what happens when we lose empathy, and what it means to be complicit in some of the most horrific crimes in human history. These human elements are things you can’t necessarily get from a textbook or Wikipedia page. 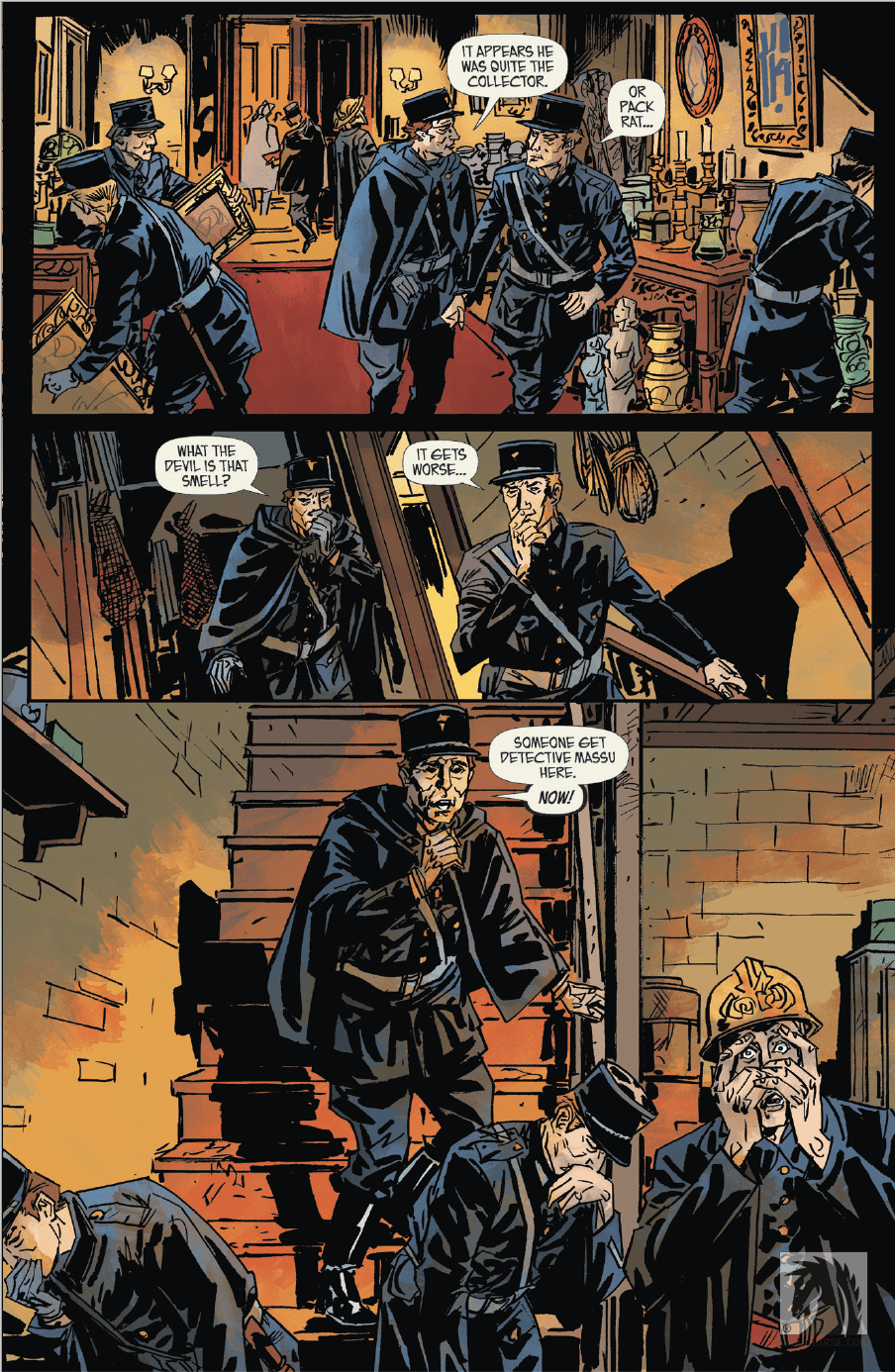 MFR: What can you tell us about Detective Georges-Victor Massu and his son Bernard?

Phillips: Both Massu and his son Bernard historically worked the Petiot case in 1944. Massu just stuck out to me as the perfect protagonist for this story. He was dubbed the French Sherlock Holmes and would take his son Bernard, a law student, to crime scenes to have a sounding board for the various cases. I really wanted to explore the father-son relationship in Butcher and how that relationship is clearly complicated by working under occupied rule and hunting a serial killer. Massu and his affection for Bernard (hopefully) humanize the entire story a bit.

MFR: And finally, October is officially upon us. I know you’re a horror fan from our previous interview. What are you watching, listening to, or reading to help ring in Spooky Season?

Phillips: I am currently reading Erik Larson’s In the garden of the Beasts about the American Ambassador in Nazi Germany. I guess that’s pretty scary! Halloween is usually time to re-watch my favorite of the horror films – Bela Lugosi’s Dracula – and catch up on a little Stephen King reading.

Thanks again to Stephanie Phillips for taking the time to chat with us!

Are you looking forward to Butcher of Paris? Sound off in the comments with your thoughts!