Cullen Bunn and Naomi Franquiz bring this story arc to a close with “Tales From Harrow County: Death’s Choir” #4. This bittersweet chapter reminds the audience and Hattie herself of the human element at the story’s core, while also paving the way for much more to come from this brilliant world.

“After taking care of the banshee, Bernice hunts down the source of recent disturbances discovers an old woman with a very personal motive behind raising the dead with a ghostly song–and a darker force manipulating it all.” 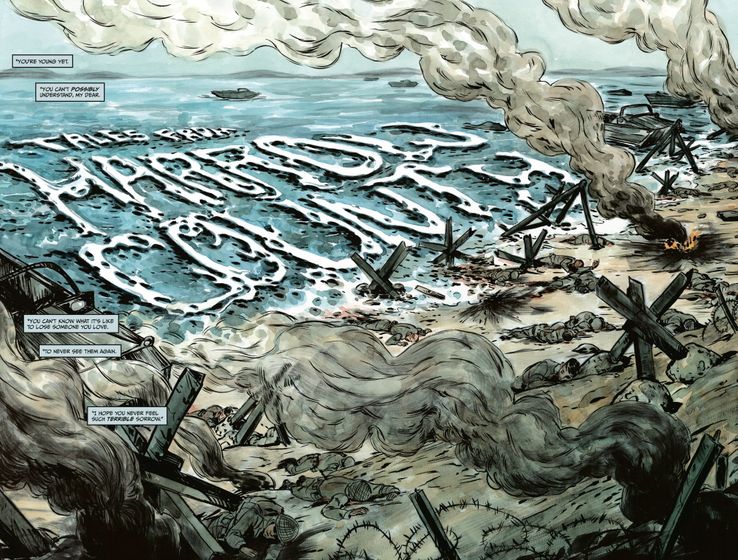 Writer and series creator Cullen Bunn opens this issue of “Tales From Harrow County” with a grim reminder of the time period in which the story takes place. The sorrowful reality of young men dying at war in faraway lands has been the narrative backdrop of this miniseries, and it’s a stark image with which this issue begins. The complex but relatable motivations of this issue’s “antagonist” make for a tragic revelation in this chapter. Bunn has shown through all of his work on Harrow County that he is a master of grounding the ethereal with the reality of human life. The choices Hattie has to make in favor of protecting Harrow over providing comfort to mourning families is a heartbreaking one, and one of the most memorable moments in this entire series. It’s also clear that Bunn isn’t quite finished with this quiet town full of spooks and magic either, as the ending is one sure to leave series fans clamoring for more (I know I am). 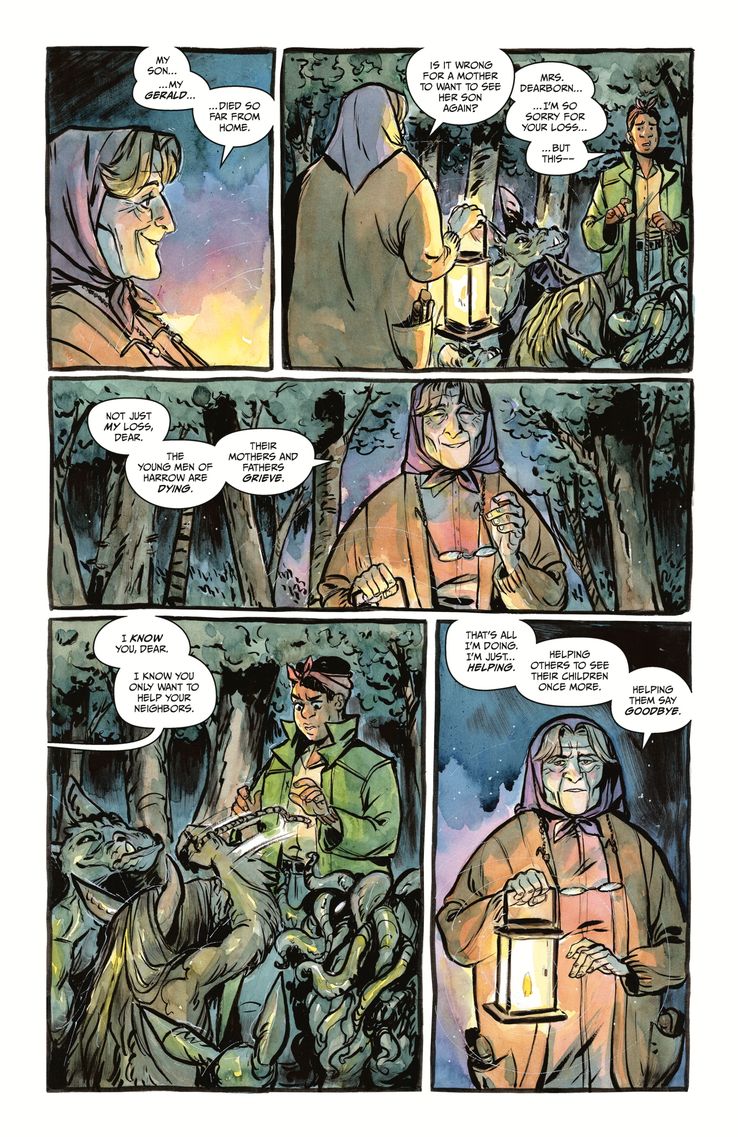 The visuals created by Naomi Franquiz for this final issue of “Tales From Harrow County: Death’s Choir” paint every bit of sorrow, loss, and hope that is put forth by Bunn’s writing in gorgeous detail. While the deep woods environment and miscreant haints look as fantastic as ever, but it’s the character art that truly shines here. All of the aforementioned heartbreak and tragedy is put into the characters’ faces with masterful detail, and it creates the other half of this issue’s contemplative whole. The visual direction Franquiz takes with the narrative as it winds around the feelings of character outside of just Hattie and the “antagonist” reminds the reader of the fact that Harrow County and its populace are a character in and of themselves. The art is what reminds the audience of the gravity of Hattie’s actions, just like Tyler Crook‘s art did for Emmy in the original series. Speaking of Crook, his lettering once again provides the tone in which the dialogue and narrative are read with his winding and bouncing fonts that shift from human to goblin and back again. While Harrow County’s narrative style is iconic in its own right, its artwork is where its legacy truly lies. 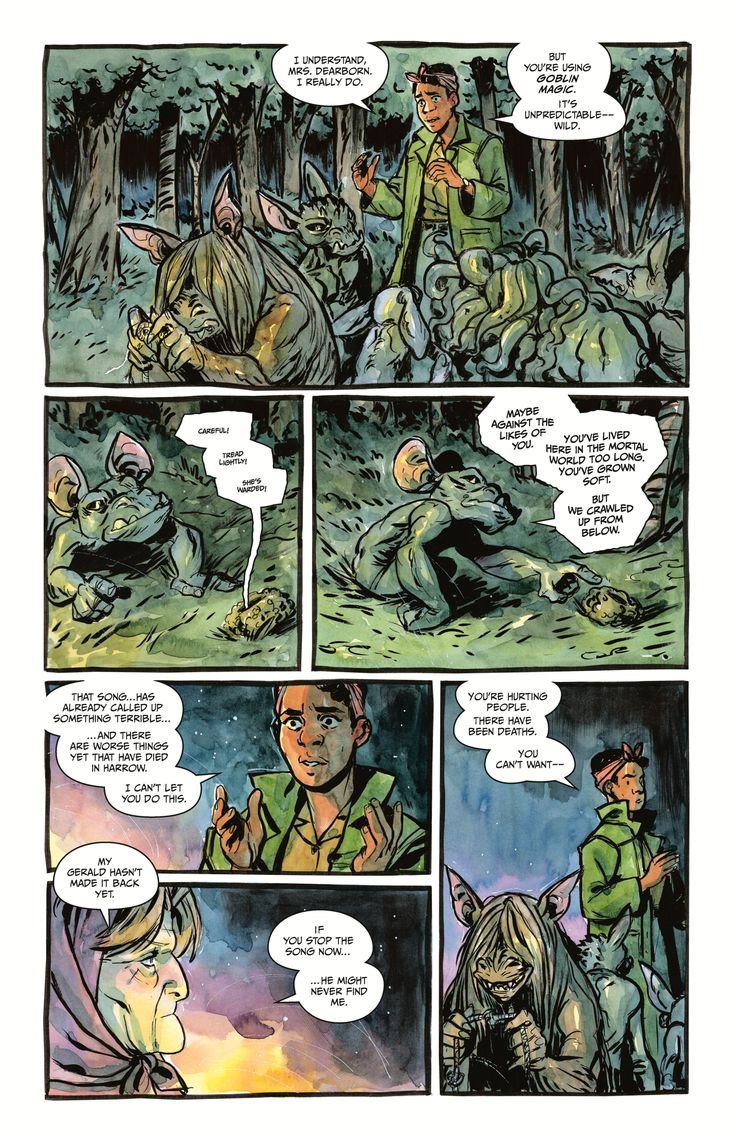 “Tales From Harrow County: Death’s Choir” #4 is a brilliant and nuanced end to this highly anticipated sequel series. The complexity of the conflict and its resolution makes for one of the most memorable moments in the entire series. Cullen Bunn and Naomi Franquiz have successfully carried on the legacy of the original comic, while also waving the notion that there is much more yet to come. Be sure to pick up this issue when it hits shelves on 3/11, or grab the collected trade paperback in July!

Review: TALES FROM HARROW COUNTY: DEATH'S CHOIR #4 is a Mournful ConclusionA bittersweet and contemplative ending that promises more from the world of Harrow County.