Harrow County creator Cullen Bunn teams up with artist Naomi Franquiz to bring us “Tales From Harrow County: Death’s Choir” #1. This first issue is a brilliant start that brings to bear all the southern-Gothic charm and character storytelling that made its predecessor such a hit.

Ten years have passed since the young witch Emmy defeated Hester Beck for the soul of Harrow County. Ten years have passed since Emmy made her exit and left her best friend Bernice as protector of their backwoods home. Now, Bernice acts as stewardess of Harrow and all its countless haints in order to keep the darkness at bay. With World War II in full swing however, the sorrow in both our world and the next is at an all-time high. So when a ghostly choir starts raising Harrow’s dead, Bernice will have to pull out all of her magical stops before their quiet home is overrun. 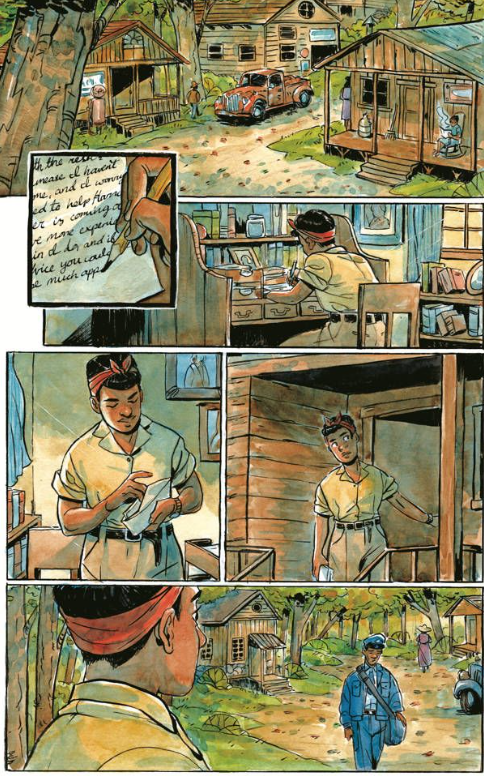 Some of the strongest elements in the original Harrow County series are writer Cullen Bunn‘s sharp ear for naturalistic dialogue and tight plotting. This continues to hold true in the first issue of “Death’s Choir.” The characters, from Bernice herself to the townsfolk and the supernatural creatures all feel like real people. There’s a comfortable naturality with the way people speak in Harrow that when combined with the effective prose of the narration makes this series a continual joy to read.

The plot following Bernice’s life as the local witch and the townsfolk’s hardships during WWII offers heartfelt character storytelling in the midst of the supernatural background. The supernatural elements themselves are presented in their usual charm and mystery. There’s a familiarity with the ghosts and ghouls aspect of this issue that will be a treat to long-time Harrow fans but also not be alienating to newcomers. While it’s only been a few months since the original Harrow County ended, it’s still reassuring to see that Bunn has lost none of his edge when approaching this world. 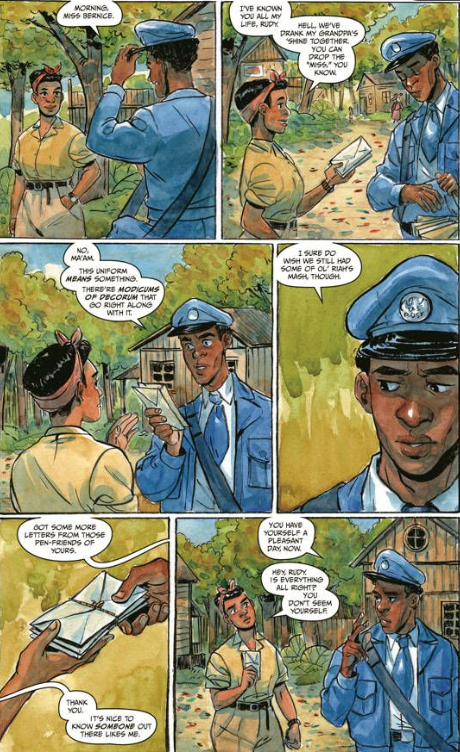 Tyler Crook makes for a tough act to follow. The Harrow County artist and co-creator is responsible for the entire visual aesthetic of this acclaimed horror series. Fortunately, artist Naomi Franquiz has come aboard to replicate this iconic atmosphere. Franquiz’s work on “Death’s Choir” is highly reminiscent of Crook’s art, while still maintaining her own visual style. The thick linework and facial detail create a sort of lighthearted atmosphere when interacting among characters. At the same time, this style creates its own unique atmosphere when the horror elements are introduced. Much of this comes from the watercolors used in this issue. This is a technique that has become almost synonymous with Harrow County and it’s great to see Franquiz maintaining this style.

If it sounds like this is saying “Franquiz just copied Tyler Cook’s style,” it isn’t. It just seems that the two have a very similar technique, and Franquiz was knowledgable enough about Harrow to know how to maintain that iconic look. Crook does lend some of his talents to this first “Tales From Harrow County” issue. His lettering provides the reading experience with a variety of tonal dialogue for the audience to latch onto. He switches from relatively normal fonts in most narration and dialogue to wavy or angled text from supernatural sources. It’s a small artistic touch that works wonder with the tone of the book. 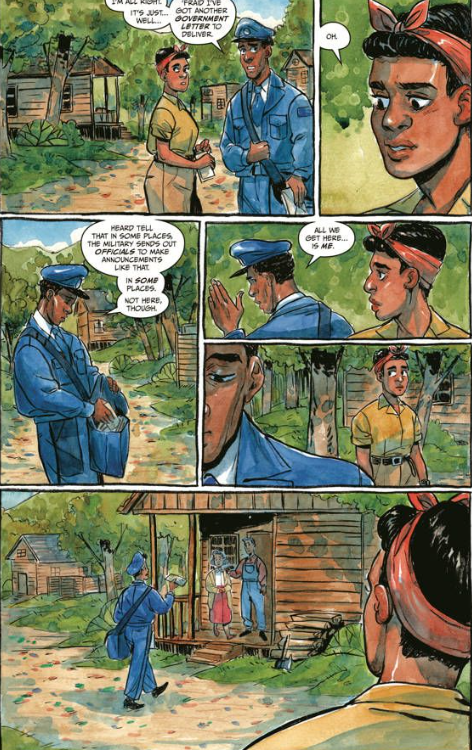 “Tales From Harrow County: Death’s Choir” #1 is a phenomenal start first issue. This first of a four-part mini-series is a wondrous return to Harrow County in terms of both the story itself and the work that has gone into it. Cullen Bunn brings back all of the original series’ strengths, from the personal character stories to the charm and mystery of the quaint backwoods horror. Naomi Franquiz brings her own style of art to the table while also paying perfect and direct homage to the art that made the original series so memorable. If you’re a fan of Harrow County or are just in need of a great horror comic, be sure to pick this one up at your local comic shop on 12/18.

A phenomenal first issue for a sequel series that maintains all the charms and atmosphere of its acclaimed predecessor.Review: The Dead Wander Home in TALES FROM HARROW COUNTY: DEATH'S CHOIR #1