Bloodshot #7 is where Tim Seeley’s run enters a new arc. Perhaps the most significant change comes from the new artists of Marc Laming and Jason Masters. But is it enough to change this bittersweet series into something better? Bloodshot #0 certainly says that, so why not this?

Bloodshot has a problematic past. In his old life with Project Rising Spirit, he captured psychics (psiots) without his knowledge. One of them is Eidolon who was eventually sold to Black Bar, a black-ops army dedicated to containing threats. Bloodshot just happens to be one of their targets. Fortunately, Bloodshot gets help from disbarred soldiers, The Burned to help him out. Deciding to take responsibility, he goes out to rescue Eidolon from Black Bar and her initial captors, The Last Flesh.

Tim Seeley’s Bloodshot might have a fresh coat of paint, but it’s mostly the same story. Yet one that addresses a couple of concerns regarding the Burned. As stated previously, the Burned are soldiers left behind to die. Bloodshot and his new ward Eidolon, however, willingly left their sanctions. Because by all accounts, they were objectified as weapons by these groups, not betrayed. They stick out like sore thumbs with the Burned. Something that ironically helps drive the Black Bar conflict forward thanks to communications between parties.

When looking for cover, it’s nice to see how resourceful Eidolon is. Making use of an area’s security measures to ward off pursuers and creatively demonstrating her powers. As it turns out, before she even met Bloodshot, Eidolon was already making her own way of escape. It’s nice to see her getting some layers other than her relationship with Bloodshot. Who by a couple of accounts still feels like the brooding soldier with his considerations of locking himself away. 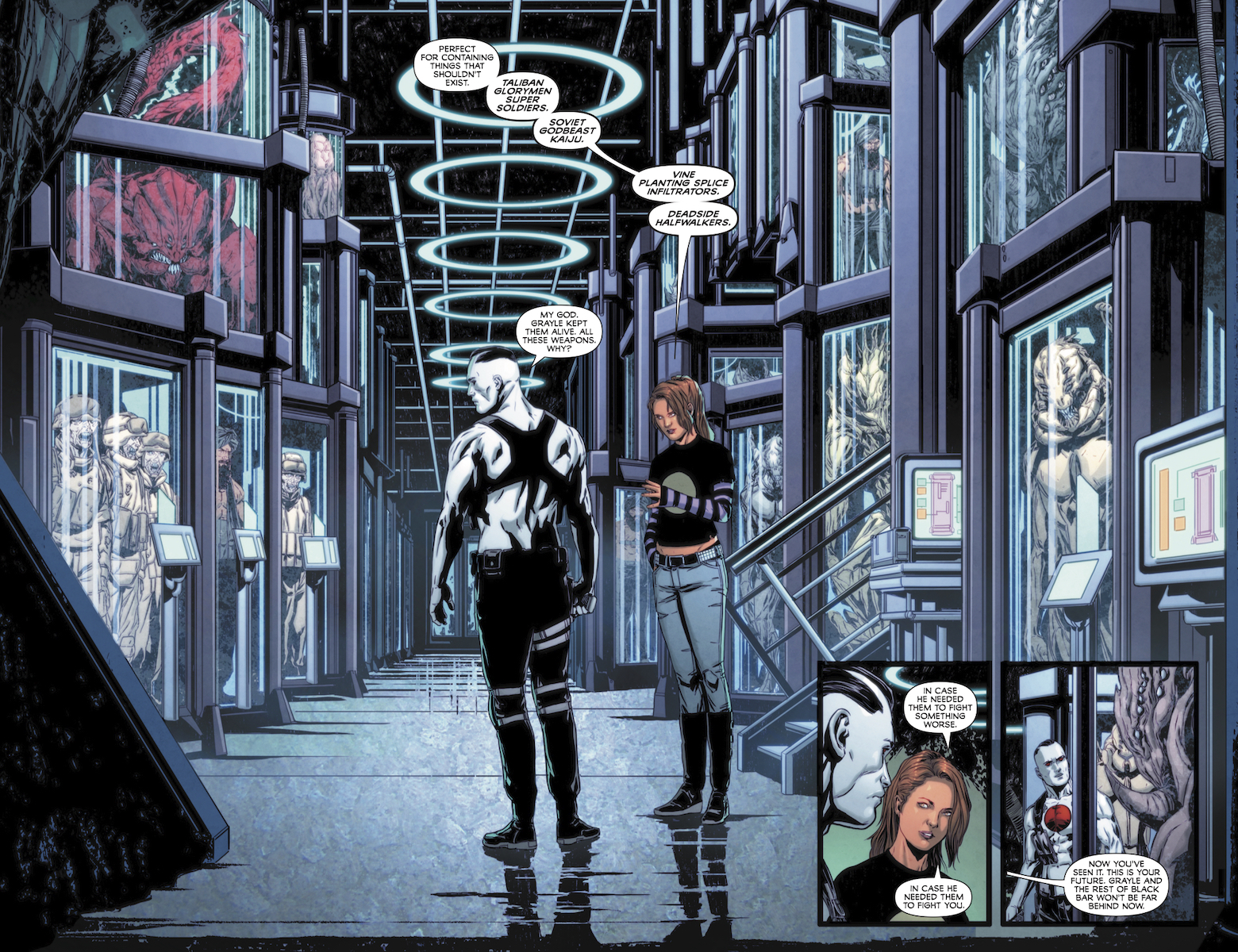 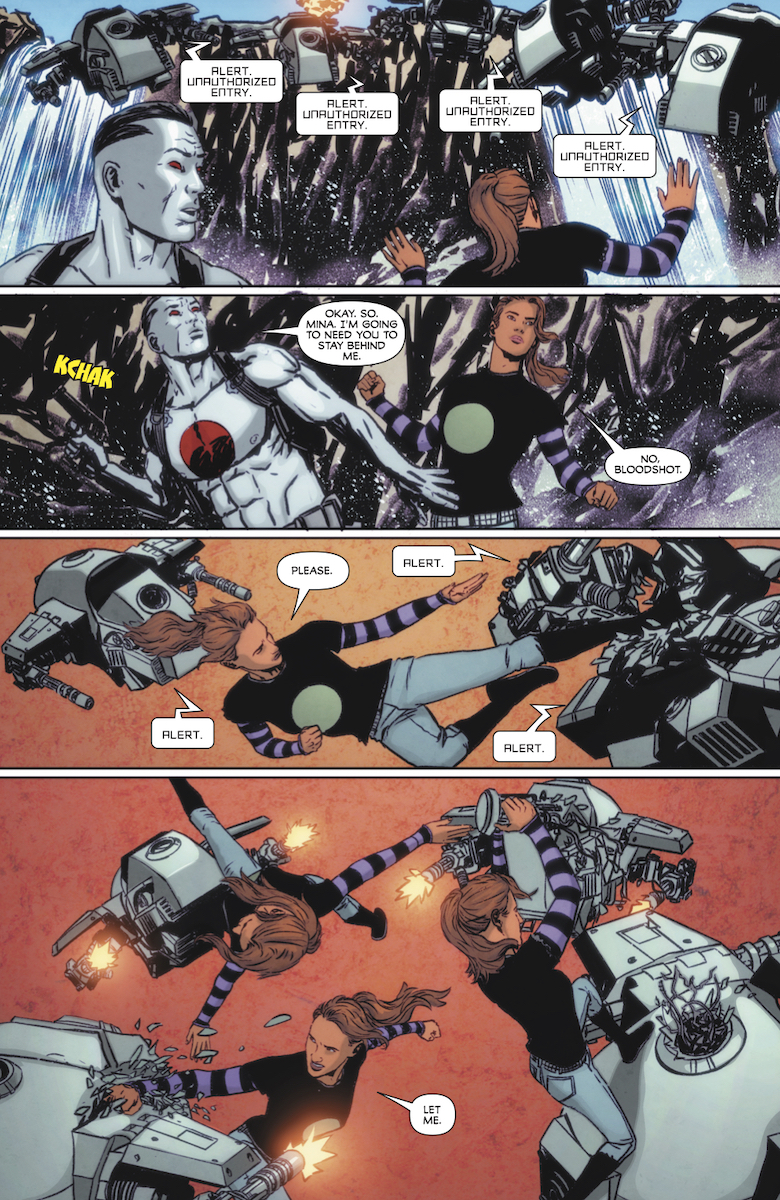 The main attraction of Bloodshot #7 is the new artwork courtesy of Marc Laming and Jason Masters. Doing away with the pin-up focus artwork comes widescreen cinematic action. The movement between panels feel more natural, like a camera switching from one perspective to another. Despite any misgivings about this series merely advertising the Bloodshot movie, Laming and Masters can at least make it look like a good one.

Valiant regular colorist Andrew Dalhouse uses his coloration to better effect thanks to the simpler character designs. Unfortunately, the backgrounds and settings in Bloodshot #7 could be better. The large amount of black shading for the rocky areas could have blends of different color shades. Eidolon’s black shirt in particular almost looks like it’s part of the background for this. Everything else from technology and power surges provides just the right amount of context. The Burned’s leader displaying himself with a red hologram meanwhile indicates the threat he is.

Dave Sharpe, another Valiant regular, continues to provide simple yet effective word balloons. Enough to describe what’s going on without feeling disorienting. His yellow and orange onomatopoeias even describe the firefights between people. The darker the shade, the more imminent the threat. Other onomatopoeias get an appropriate color code where red involves Bloodshot in some way. The ones that don’t match meanwhile indicate that an outside force is influencing events.

If You Wanna Start Get Bloodshot #7

Bloodshot #7 is arguably a better jumping on point than the first issue. Despite missing a few details from previous issues, readers get enough to tell what happened before. Not to mention the action doesn’t feel as over the top as everything before. It’s an overall improvement that Seeley is going to have to catch up to.

What do you think? Should this be where readers should start in anticipation for the Bloodshot movie? Leave your thoughts in the comments.