Bloodshot #0 out this week from Valiant Entertainment is the prologue to writer Tim Seeley’s main run with impressive art by Marc Laming. For everyone who misses the reluctant hero of Jeff Lemire’s run, this is your chance to see him.

Taking place after Bloodshot Salvation but before the beginning of Seeley’s Bloodshot #1, Bloodshot tries to get away from all of the grief as an oil pipeline worker in Siberia. Tired of just being another weapon, he doesn’t even protect himself from the angry locals. The aesthetic elements, however, feel out of place when it comes to the Russian setting. Just look at news reports about the Druzhba Pipeline. As such, they feel like things to get attention from Americans with opposing political leanings.

The true story of Bloodshot #0 comes from how Bloodshot comes to care for a young teenager and his choice of actions. The teen girl wants to be useful to somebody yet has to put up with abuse, not unlike Bloodshot. While Bloodshot doesn’t want to get close to anyone, he can’t help but empathize with her. They’re a couple of lost souls looking for purpose but choose to be on the move. 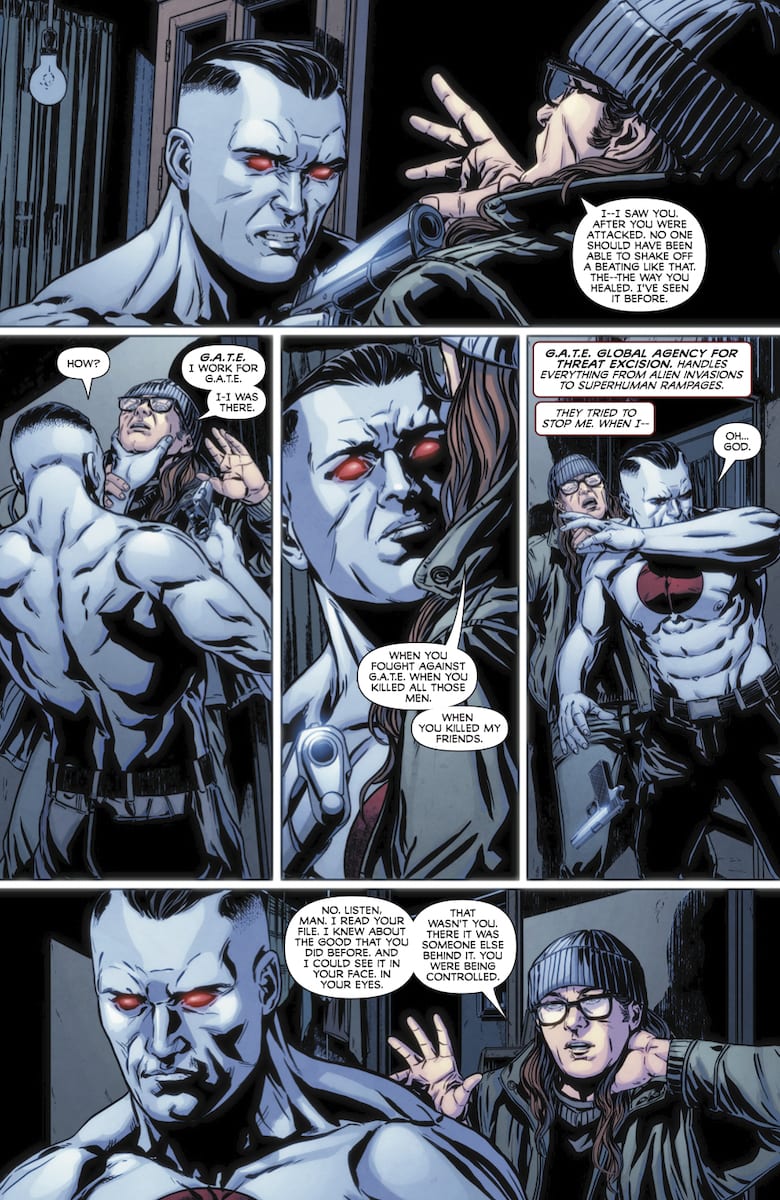 When an undercover agent asks for Bloodshot’s help in a disappearing people case, he refuses, which is a little tragic considering the agent is without backup. But more importantly, he knows about the good Bloodshot did. Something that’s continuously been lacking in Seeley’s issues. Bloodshot’s humanity is what makes him such a good character, flaws, and all. Instead of the tragic brooder in most of Seeley’s run, we get a reluctant hero who makes decisions and regrets in Bloodshot #0.

Laming’s artwork evokes feelings similar to the numerous artists of the Lemire era. Similar to Doug Braithwaite’s art, the characters feel like real people with movement and camera angles. Whatever actions do happen are simple and not trying to fit too much in one panel. It’s efficient for both action and expressive features. Whenever Bloodshot is in focus in his civilian form, his body language expresses his need to remain hidden. Whether he’s at work or trying to tell the agent to leave him alone. Sometimes the background fills in just as crucial details like the scornful looks of Bloodshot’s coworkers. 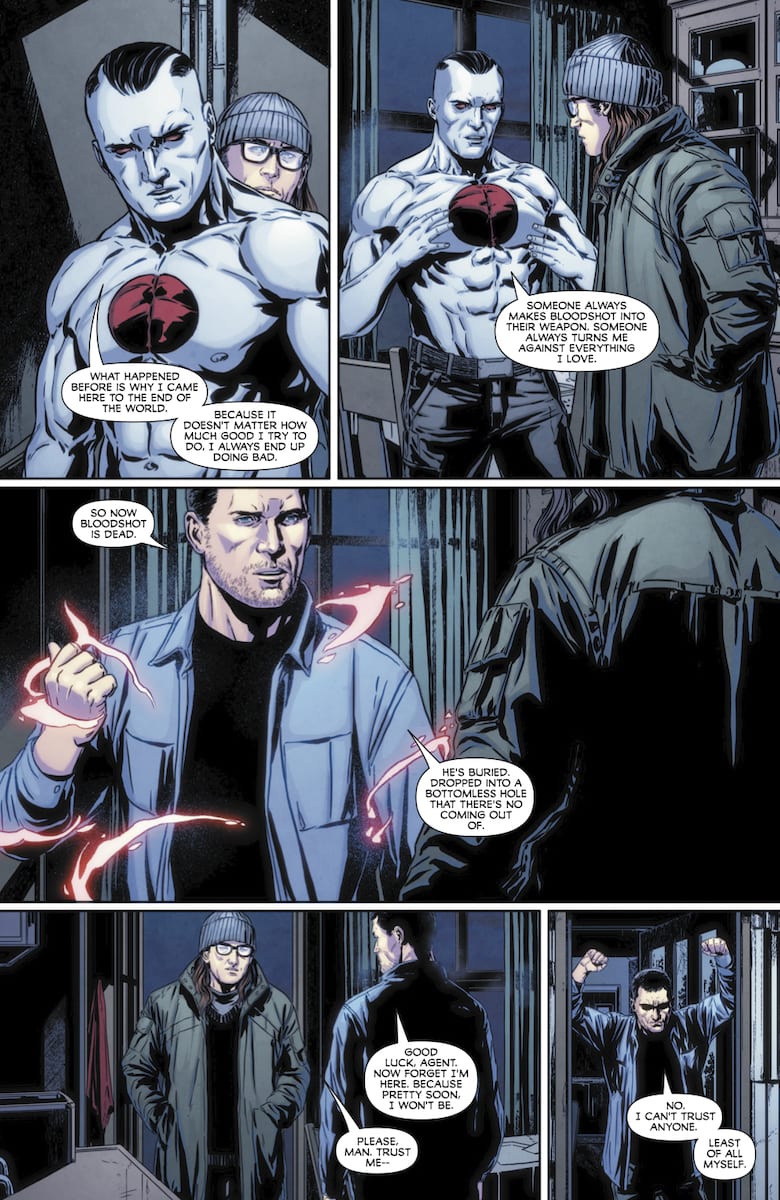 The muted colors by Andrew Dalhouse perfectly encapsulates the dour mood of the issue. Everything seems so rigid and cold, befitting the wintery setting. Once the real action begins, atmospheric reds and yellows occupy panels between blue backgrounds. All of which get help from Dave Sharpe’s onomatopoeias. Unlike the rest of the series where he recycles stock images, Sharpe shows a genuine dedication to this issue with custom wordmarks. Red and white wordmarks differentiate the attacks of Bloodshot between the yellow wordmarks of his attackers. Orange wordmarks meanwhile symbolize a direct confrontation between a thug and Bloodshot. Something that could very well transition from one side to another. Pure white wordmarks meanwhile displays a surprise that affects both Bloodshot and the reader. The surprise is so powerful; it pushes them to the main series.

Give Bloodshot #0 A Shot

If past issues of Seeley’s run aren’t clicking with you, look to this issue for some nostalgic goodies. More importantly, it displays what Seeley can really do in the right circumstances. Who needs a narrative ad for a movie when you can make a good story?