The best way to describe the series is if Robert Rodriguez directed Band of Brothers, with monkeys. The war between monkeys and robots has raged on for eons; these are the stories that have survived. Tales of Monkeys Fighting Robots will hit the web every Sunday.

“I once attended a panel where Gail Simone said, ‘a comic should never be boring,’ and that stuck with me. With Tales of Monkeys Fighting Robots, my goal is to put a giant smile on Gail’s face,” said Sardo. “Jamie and I are brainstorming the craziest of ideas. We get to be kids and detail out the biggest robots versus monkeys battle every week.” 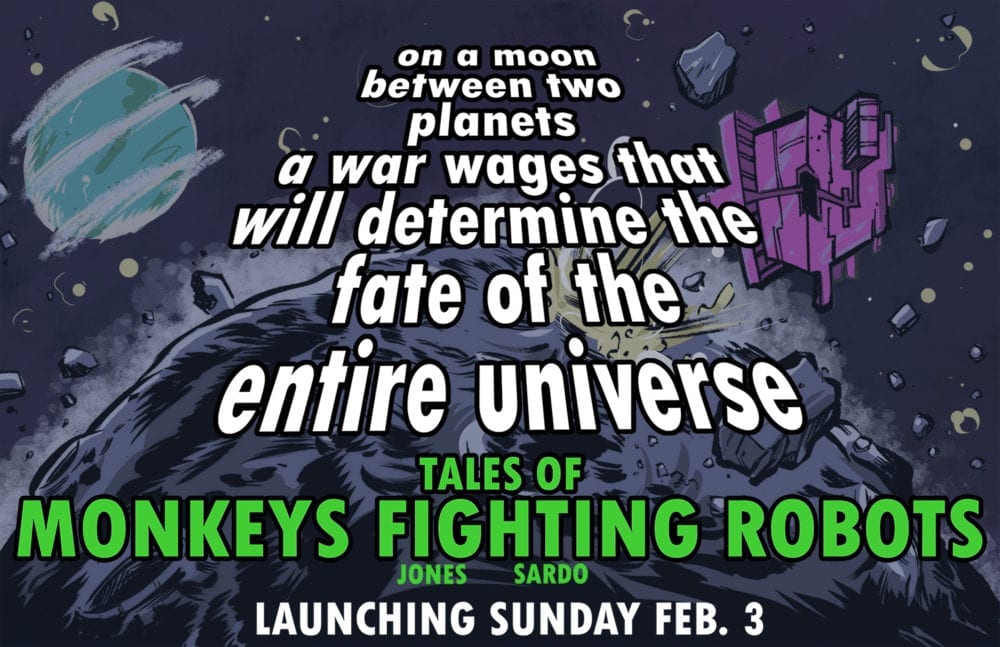 The artist of the series, Jones, is big into Dungeons & Dragons, and you’ve seen his work on The Whisper, Paper Boy, Dodger, LUCHA UNDERGROUND, FIVE GHOSTS, and Joey Ryan: Big in Japan! Sardo, on the other hand, is training for his next job as an astronaut cowboy. A reformed hockey goon, Sardo has worked in and around the comic book industry since 2006.