The DC Comics-Walmart partnership saga has certainly had its share of plot developments already, and here’s some further information: starting in July, the new story material — until now available exclusively in Walmart’s 100-Page Giant comics — will be arriving in comic stores. Superman by Tom King and Andy Kubert; Batman by Brian Michael Bendis and Nick Derington; and Wonder Woman by Amanda Conner, Jimmy Palmiotti, and Chad Hardin lead the charge, with each character’s storyline collected as a six-issue miniseries. 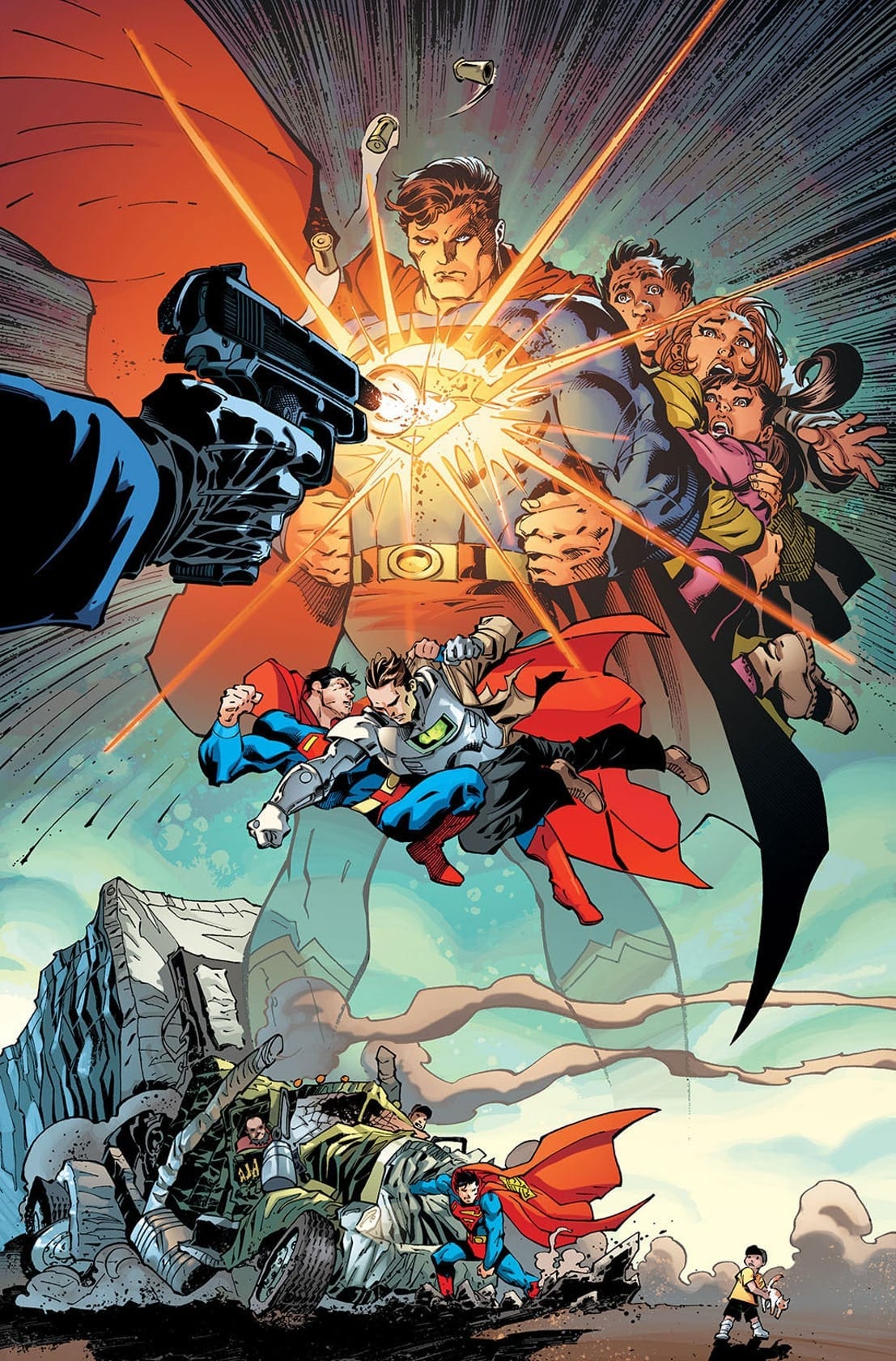 It’s been a long road to get here since DC announced the partnership last summer. Despite fan complaints that the comics were either not available or hard to find, DC was apparently happy enough with the sales results that they expanded the number of 100-Page titles and even brought DC Collectibles into the mix. 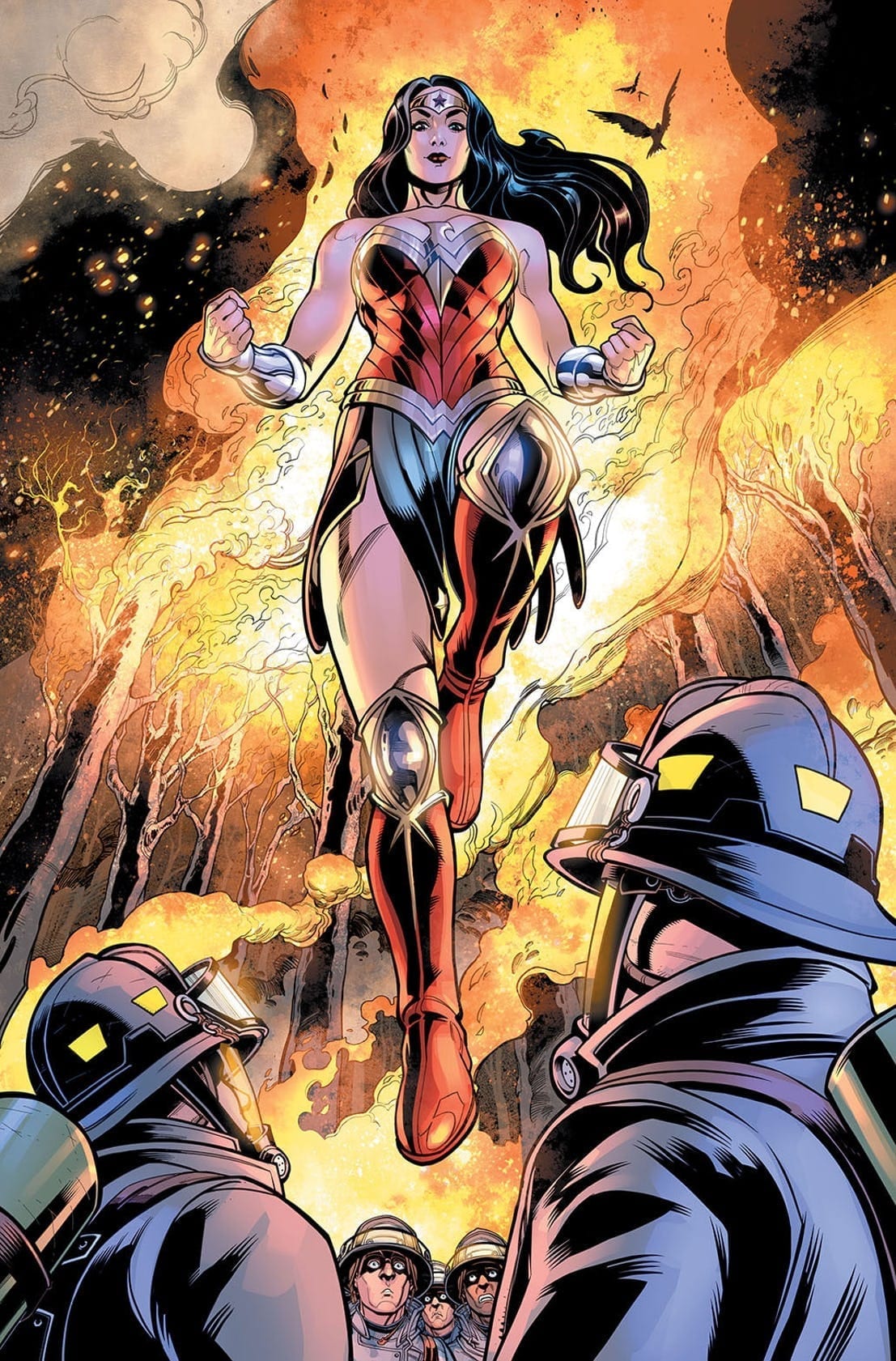 Retailers had a mixed reaction to this plan — not surprisingly, since they were completely cut out of the mix. Then came the rumors that DC was ending the line… or not ending it… or expanding it further. Dan DiDio addressed all of this back in February, where he clearly stated that their plans included “distribution to the direct market.” Now he’s following up on that promise. 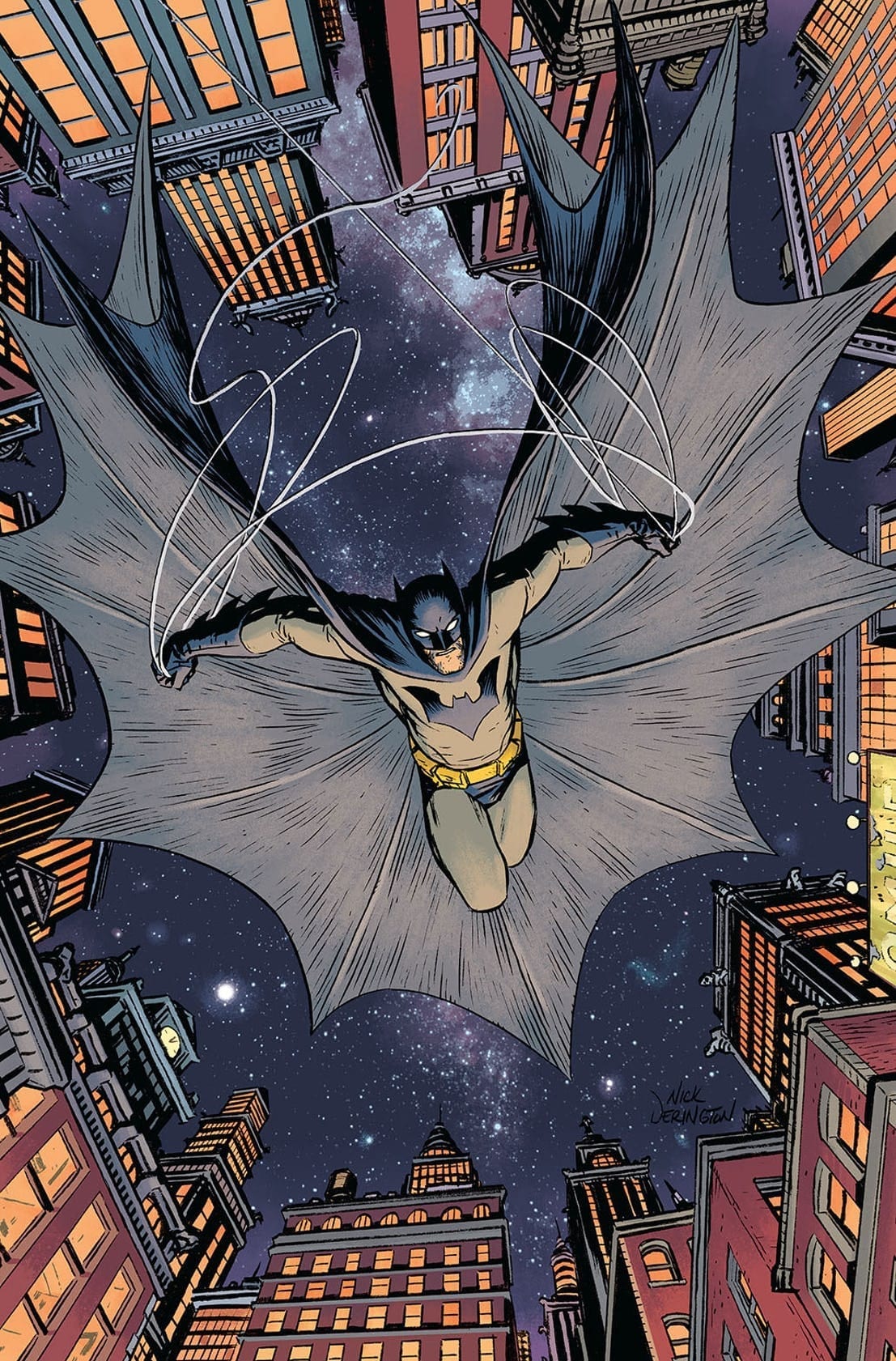 DC’s official descriptions are below:

The fireworks start early on July 3, with SUPERMAN: UP IN THE SKY #1, written by Tom King (BATMAN) with art by Andy Kubert and Sandra Hope. Following a home invasion that ends in murder, Superman is put on the trail of a Metropolis mystery by Batman—but can even the Man of Steel discover the truth behind these tragic deaths, or their ties to the far-off world of Rann?

The action continues July 10 with Brian Michael Bendis and Nick Derington teaming up for BATMAN UNIVERSE #1. Following the theft of a priceless Fabergé egg, the Riddler leads The Dark Knight on a wild hunt after its true owner: Jinny Hex, a descendant of the haunted Western hero Jonah Hex. Deathstroke, Green Arrow and some of the brightest stars in the DC Universe will join The Dark Knight on the chase to find this treasure!

Amanda Conner, Jimmy Palmiotti and Chad Hardin combine their powerhouse talents on a new adventure featuring the Amazon Princess Diana in WONDER WOMAN: COME BACK TO ME #1, on sale July 17. When Steve Trevor is called in for a test flight of an experimental new aircraft, he winds up lost in the Bermuda Triangle—and it’s up to Wonder Woman and Etta Candy to follow his trail to a mysterious and savage island.

Each miniseries will also feature brand-new cover art from Andy Kubert (SUPERMAN: UP IN THE SKY), Amanda Conner (WONDER WOMAN: COME BACK TO ME) and Nick Derington (BATMAN UNIVERSE).

You can read the whole press release HERE.

Are you excited for the chance to read these stories by top creative teams? If you already managed to track down any of the Walmart copies, will you still buy the miniseries? Let us know in the comments!