The big two comic book houses have their share of horror books to read on a chilling Halloween night. But it’s safe to say the folks at Image Comics have taken the horror comic and perfected it. There’s a plethora of graphic novels and ongoing series in the Image library that are just as gruesome, terrifying, and visceral as any prose or film out there.

Just in time for Halloween, here are a few examples of great scary books from Image Comics. 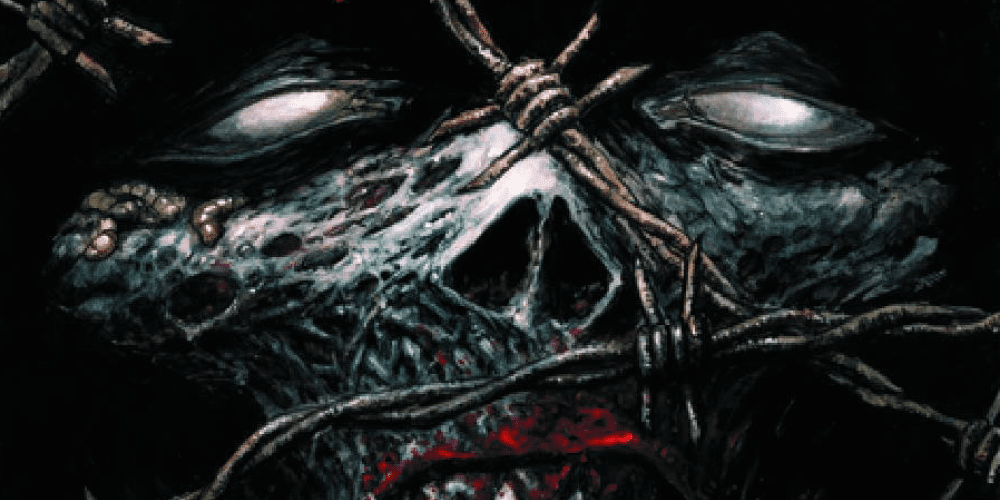 Zombies and war, need more be said? ‘68 was created and written by Mark Kidwell, and depicts a zombie apocalypse during the height of the Vietnam War. The story follows the various survivors, both civilian and military, and how the living dead in 1968 affected the war efforts and protests in America. The artwork is insane and gross, perfect for filling that itch for blood and gore this time of the year. There are six volumes to read, each with their own set of stories and characters in this harsh world. 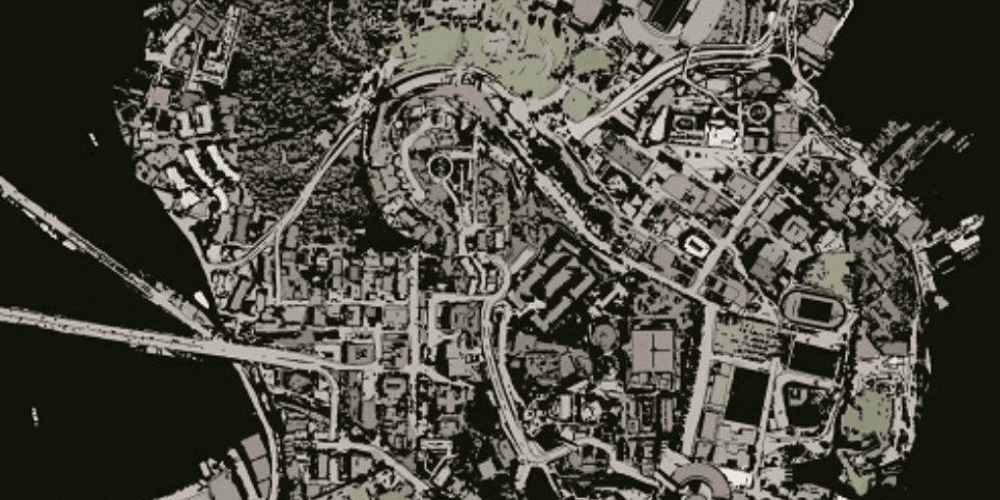 Less gore, but more psychological horrors, Gideon Falls features two congruent story lines – one about the town’s new Catholic priest, the other about a conspiracy theory obsessed recluse. Both are having these strange visions of The Black Barn, an otherworldly barn that has appeared throughout history, causing madness and chaos in its wake. The series is downright scary and unsettling. And Andrea Sorrentino delivers this gritty, unique artwork that adds layers to the already chilling story. 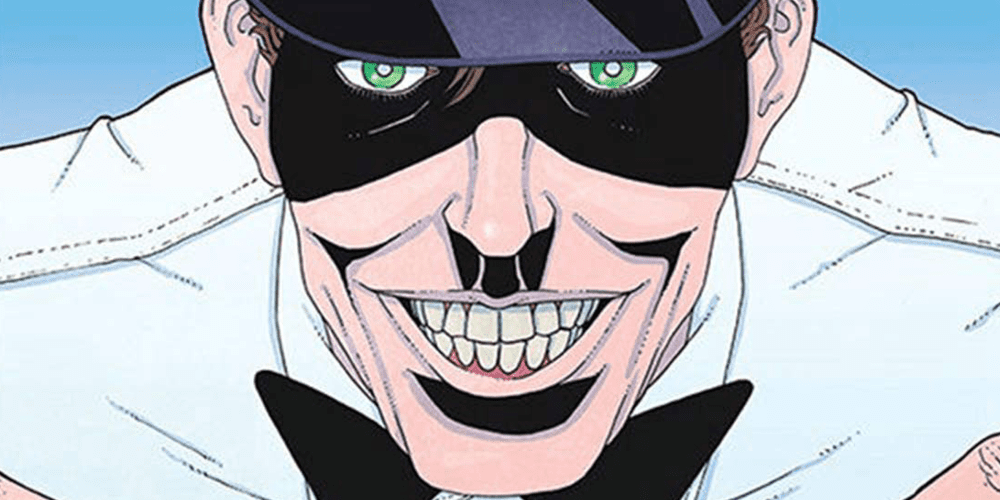 Are you looking for an addictive horror anthology? Ice Cream Man by W. Maxwell Prince, with artwork by Martin Morazzo, features a new tale of existential horror in each issue. In the center of the chaos is the Ice Cream Man, a trickster demon who shares the tales of terror of his own making. A creative and downright scary read, Ice Cream Man is perfect for indulging your horror sweet tooth. 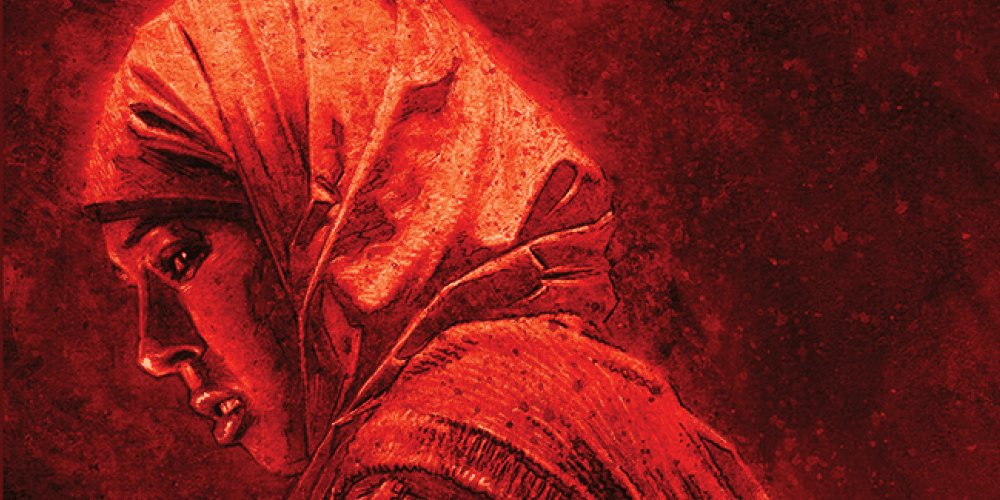 A “haunted house story for the new millennium,” Infidel is a deeply striking graphic novel about an American Muslim woman and her multi-racial neighbors who move into a building haunted by entities that feed off xenophobia. Writer Pornsak Pichetshote, artist Aaron Campbell, and colorist José Villarrubia take common horror tropes and add contemporary issues like racism to make this one truly terrifying book. 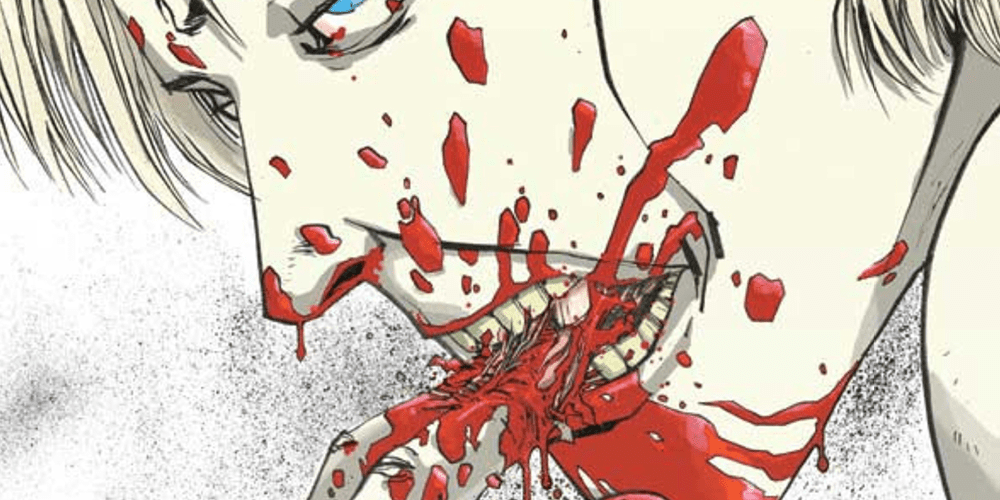 Grim and gory, Nailbiter is not for the faint of heart. The story takes place in Buckaroo, Oregon, which happens to be the birthplace of sixteen of the most evil serial killers in the world. When an FBI profiler investigating the town goes missing, an NSA agent must work with the serial killer known as “Nailbiter” to find his friend and uncover what truly makes a murderer. A suspenseful plot that keeps you in the dark, you’ll be, well, biting your nails in anticipation to find out what happens next. 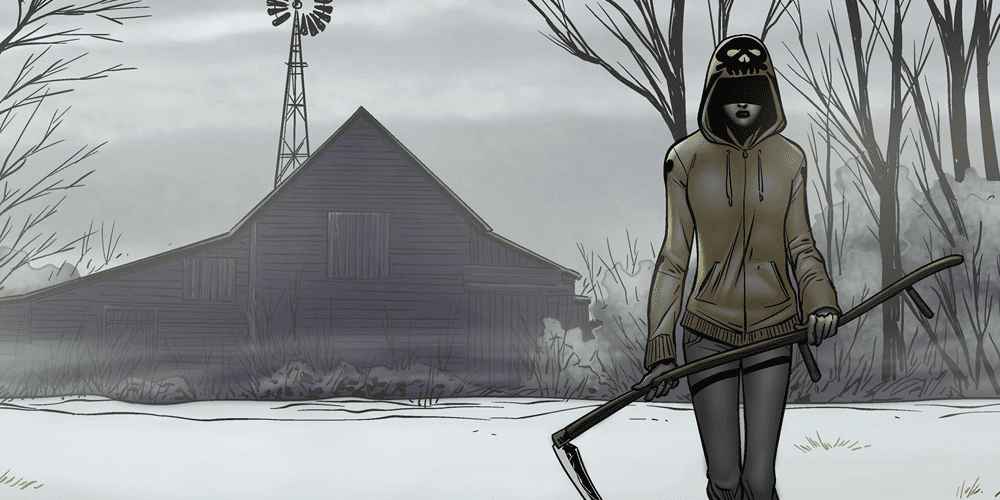 When the dead come back to life in rural Wisconsin, Officer Dana Cypress has to deal with the media scrutiny, religious zealots, and government quarantine that has come with them. Revival, written by Tim Seeley, with art by Mike Norton and colors by Mark Englert, is described as a “rural noir.” It’s not your typical zombie horror story, but rather an intriguing small town mystery, that presents its readers with some unique concepts. 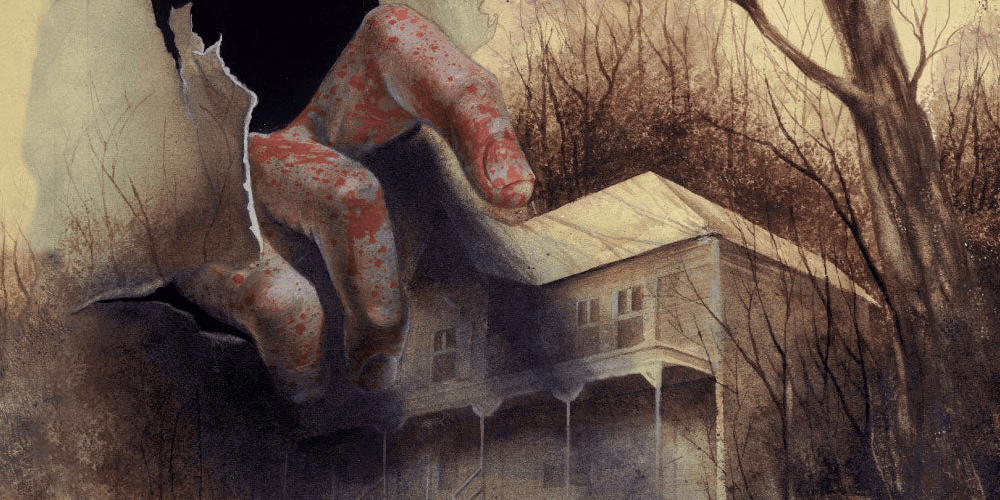 Set in 1916, Severed tells the story of Jack, an orphan who runs away from his adoptive home in search of his biological father. But the road ahead of him is filled with all sorts of terrors, including the child-eating monster he calls The Nightmare. Writer Scott Snyder is a master of horror, and does an absolutely fantastic job in setting the atmosphere of early twentieth century America. You’ll care for every character Jack comes across, and tremble whenever The Nightmare appears on the page. 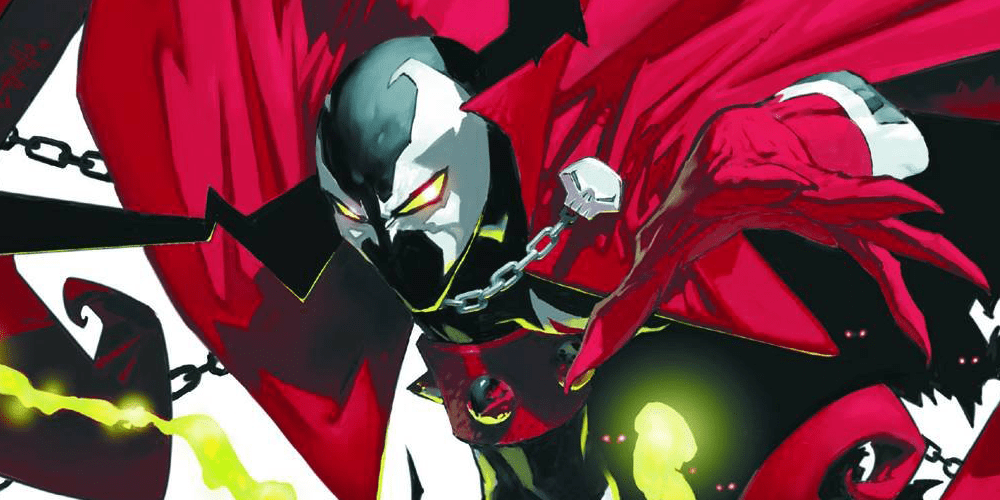 What would this list be without the horror comic that helped launch Image Comics itself? Created by Todd McFarlane in 1992, Spawn has primarily been the story of Al Simmons, who made a bargain after his death, and returned to Earth as a hell-spawn: one of Hell’s elite officers. Over 300 issues in, Spawn is considered the greatest independent comic series of all time. And for good reason. It’s action-packed and exciting, with dark and intriguing story lines, and masterful artwork that is striking and highly detailed. There’s a plethora of titles featuring the character, all available for you to devour this Halloween (and year-round). 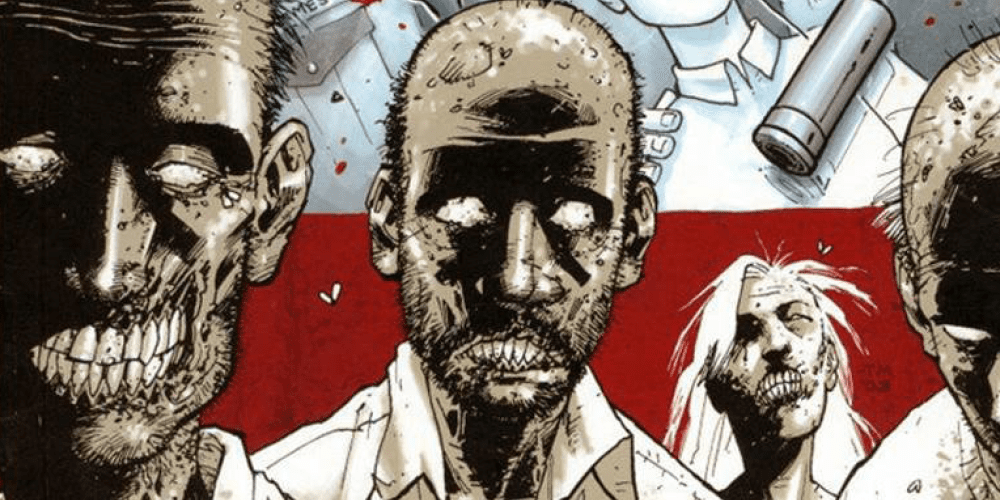 Another seminal series for both horror and comics. The Walking Dead follows a group of survivors in the months and years after a zombie apocalypse, led by police officer Rick Grimes, who travel in search of a safe and secure home. Robert Kirkman created a world where no one character was truly safe and where the people were more monstrous than the undead. Yes, the series was a bit of a slow burn, but over the course of the series you really get a good understanding of how and why the characters’ evolved as civilization declined and eventually rebuilt. Furthermore, that slow burn was met with a feeling of constant dread. Much like the zombies that suddenly crept up behind a person, so did that terror of what could possibly happen once you turned the page. 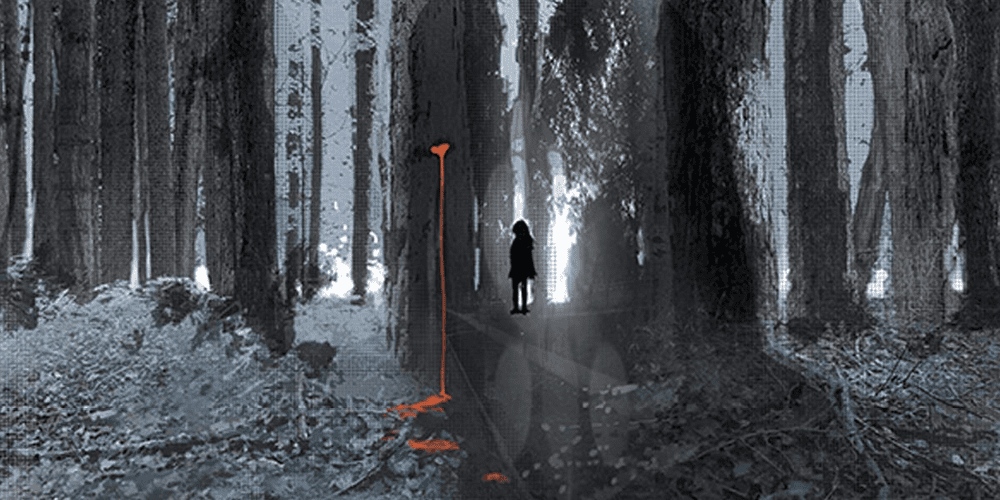 Another Scott Snyder entry on this list, Wytches takes the concept of these dark, magical beings with cauldrons and broomsticks, and makes them much more visceral and horrifying than ever before. The story is about the Rooks family, who move to a remote town escape a haunting trauma. But something evil is waiting for them in the woods just beyond town. Watching from the trees. Ancient…and hungry. This book is absolutely perfect for Halloween, or any night of the year if you’re looking for a dark and twisted tale. The utterly creepy artwork by Jock adds layers to the horrifying experience when reading this book, with mangled monsters and backgrounds that look like they were splattered onto the page.

Looking for more comics to devour this Halloween season? Check out these other lists: