Before bestowing your young ones with more mature comics like The Sandman or 30 Days of Night, there are plenty of spooky books to get them started this Halloween season. These comic books are filled with all sorts of ghouls and specters, but features stories, themes, and artwork that is accessible to people of all ages. 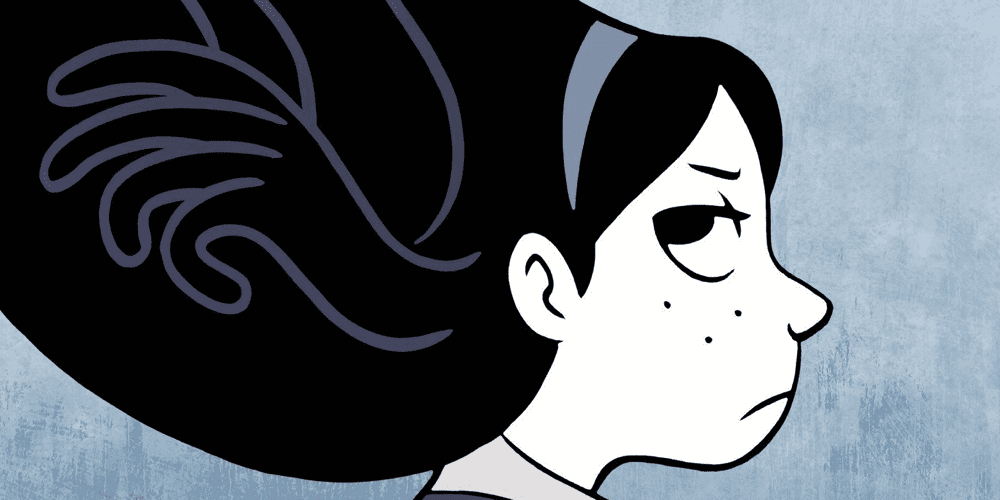 Written by Vera Brosgol, Anya’s Ghost is a coming-of-age ghost story about Anya, a self-conscious loner who befriends the ghost of a young girl who died nearly a century before. What starts as a cute, charming story of two outsiders finding and helping one another transforms into a beautiful and haunting tale once Anya begins to uncover the truth of her new friend’s death. 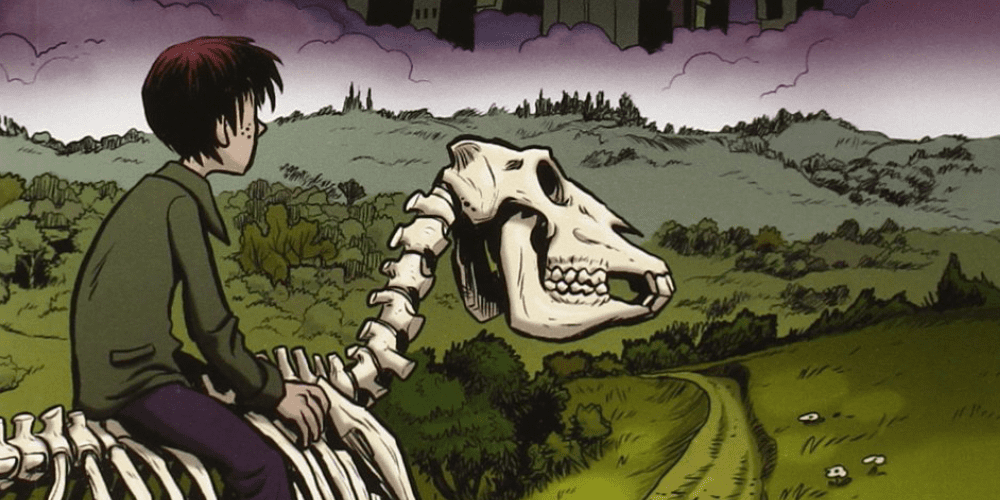 This spooky adventure, written and illustrated by Doug TenNapel, takes you on a Wizard of Oz-esque journey to the land of ghosts. Young Garth is transported to the eponymous Ghostopolis. With powers that the ghosts of Ghostopolis seemingly don’t possess, Garth and his ghost friends embark on a journey to take down an evil ruler and find a way to return home to the land of the living. Though it’s a wholly familiar story, it is still a most enjoyable book with heart, adventure, and a really cool magic system. 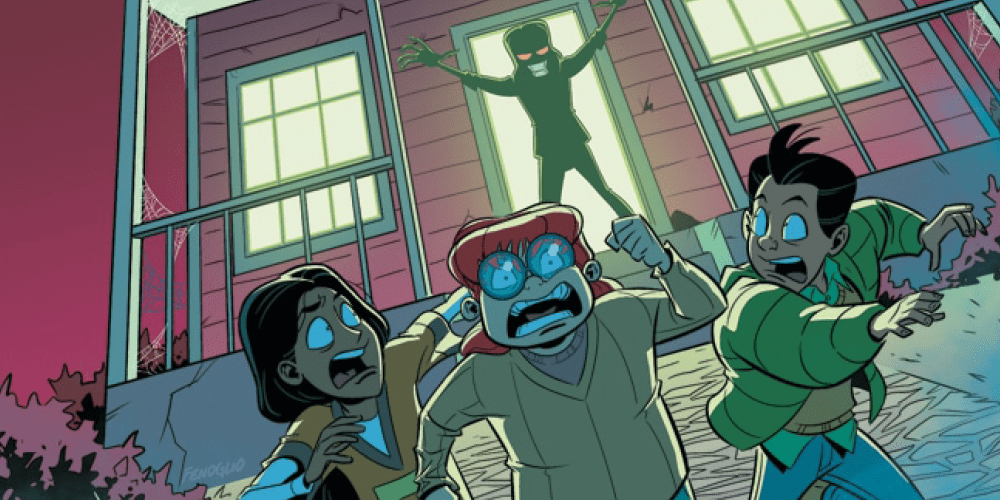 Yes, the iconic series of children’s horror novels by R.L. Stine comes in comic format as well. And what’s more, there are multiple books for you and your kids to devour. There are four volumes of Goosebumps Graphix, each an anthology with three or four graphic novel adaptations of the classic stories such as Night of the Living Dummy and The Werewolf of Fever Swamp. There have also been a few original stories published, including most recently Horrors of the Witch House, about three friends who discover that an evil witch has purchased the town’s haunted house. These comics are just as fun and spooky as the original Goosebumps tales, and perfect for parents who read them as children to share with their kids. 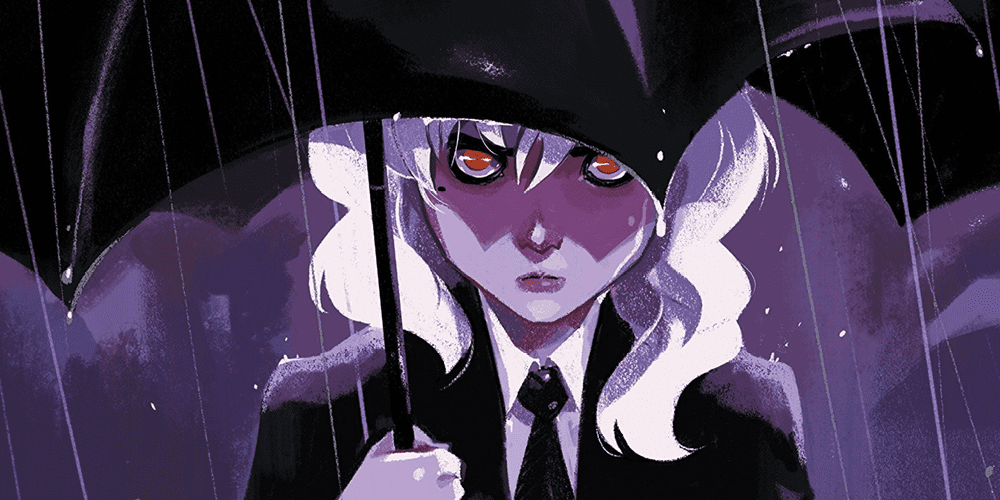 Originally developed as part of the final wave of DC Comics’s New 52 initiative, Gotham Academy centered around Olive Silverlock and her friends as they navigate the spooky prep school, endure its bizarre staff, and uncover its mysteries. Though the initial series lasted only 19 issues, and its Rebirth era reboot (entitled Second Semester) just another 12 more, the book is without a doubt a fun and haunting read. It’s got that Harry Potter charm and sense of adventure, coupled with the gothic/noir spirit of the Batman mythos. 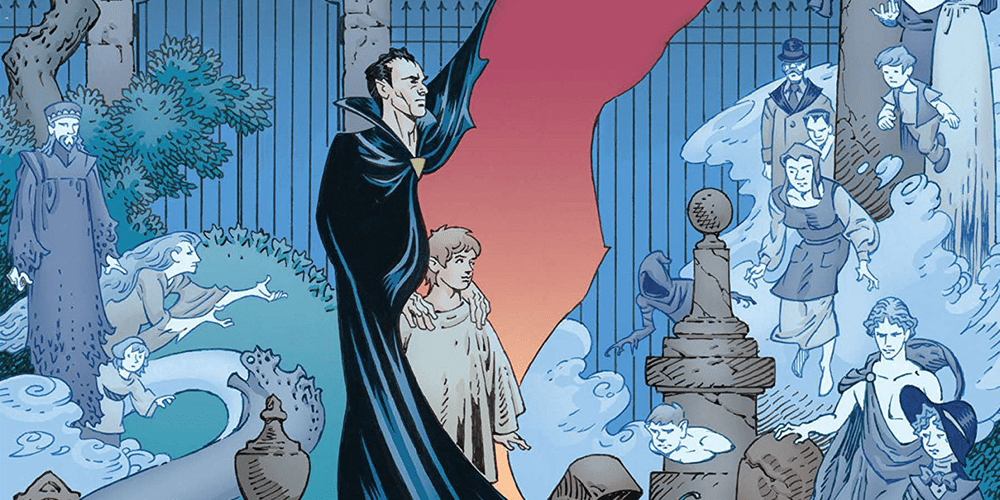 The celebrated children’s novel by Neil Gaiman is adapted into graphic novel format, adding haunting imagery on top of the prolific tale. The Graveyard Book tells the story of Nobody “Bod” Owens, who, as an infant, crawls his way into a cemetery after his family is murdered. The ghosts of the graveyard take pity on the boy, and decide to raise him as one of their own. Each chapter of the book is written as a short story, or one episode of a bigger series, with Bod on an adventure in and around the graveyard. Gaiman is a master of dark fantasy, and The Graveyard Book is no exception. While the novel itself is a must read for you and your kids, the graphic novel adaptations brings those narrative visuals to life with beautiful detail and color.

Scooby-Doo, Where Are You? 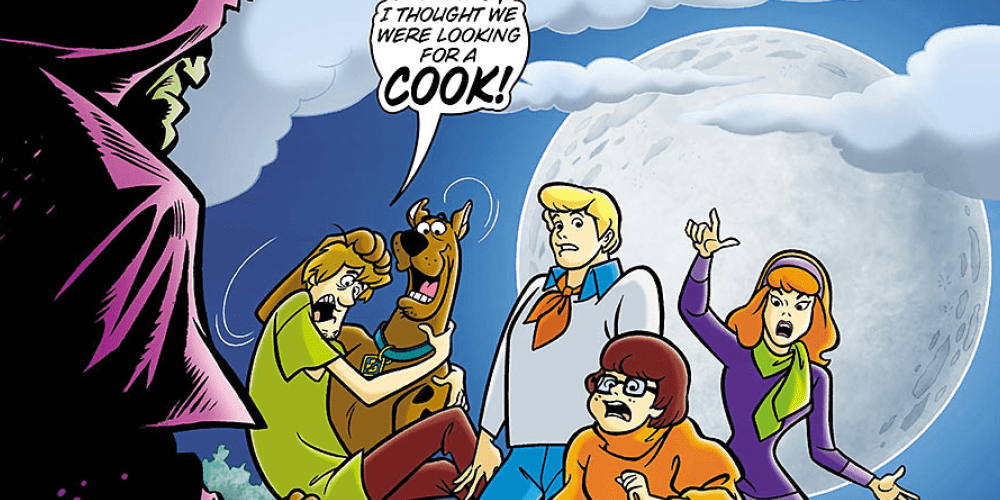 Another bit of nostalgia that you can share with the next generation, Scooby-Doo, Where Are You is a chuckle and chill inducing series. Published by DC Comics since 2010, each issue of Scooby-Doo features one new and one classic mystery that Mystery Incorporated must solve to catch the creepy crooks – who would have gotten away with it, if not for those meddling kids! 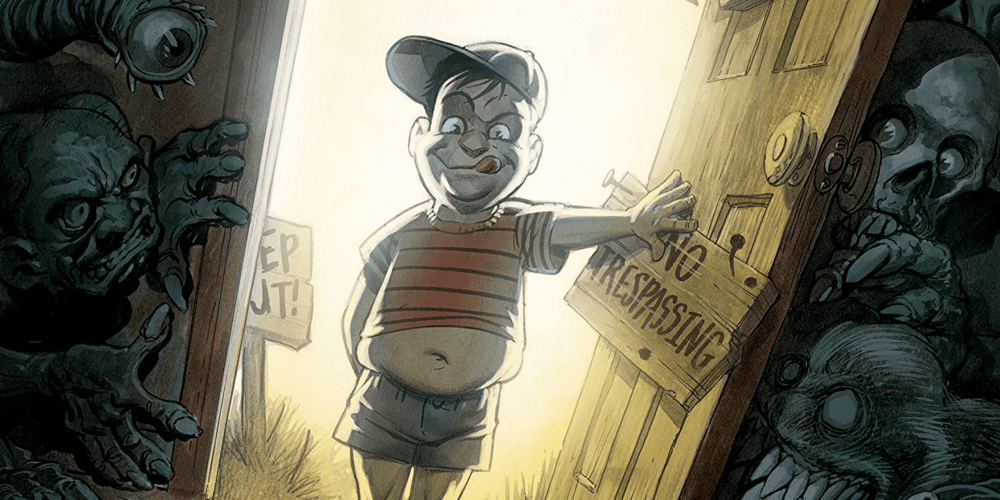 Eric Powell (The Goon) wrote and co-illustrated this anthology series of scary campfire tales for kids. While it’s creepy in its own right, Spook House is a great gateway comic for kids that want a fun Halloween read. The writing has some dark elements to it, but the whimsical and cartoonish artwork serves as a great counterbalance. Some of the standout stories in the anthology include Heckraiser and The Creature from Granny’s Pond. 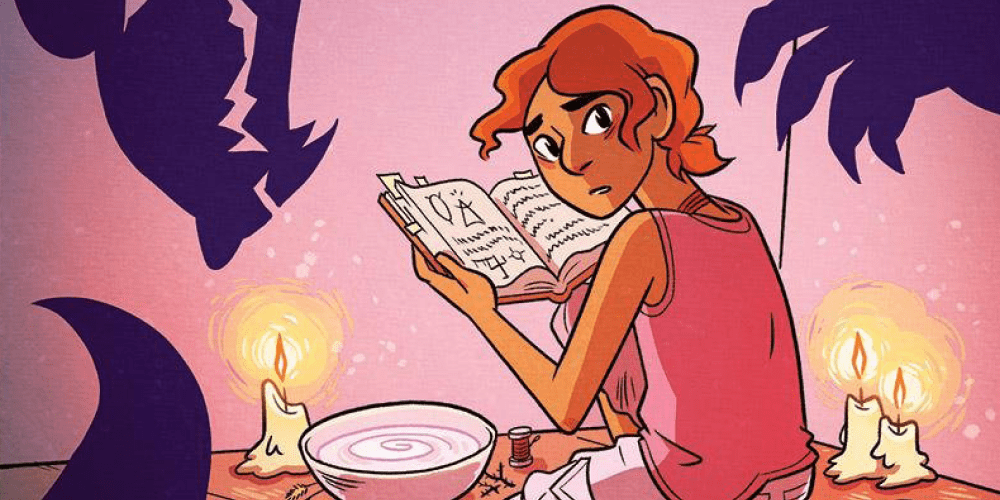 In The Witch Boy by Molly Ostertag, the girls in Aster’s family are raised to become witches, while boys become shape shifting demon hunters. But Aster, who has yet to prove he can shift, is more fascinated by witchcraft. The book presents relatable ideas such as going against what is expected of you, and the consequences you face in society because of those feelings. The book has spawned two sequels, The Hidden Witch and The Midwinter Witch.

What other spooky comic books are your kids reading this month? Let us know in the comments.

Are you looking for other great horror comics in time for Halloween? Here is our list of some scary good DC Comics.