Zoop is a new entertainment pre-ordering/crowdfunding service dedicated to streamlining creator’s projects. How does it stand out amongst other ingrained services like Kickstarter? That’s what we’re here to find out with Zoop’s founder and CEO Jordan Plosky.

Monkeys Fighting Robots: What sets Zoop apart from competitors like Kickstarter or Indiegogo?
Plosky: For supporters, we make it easier and more intuitive to support your favorite creators. Unlike other platforms, we allow a supporter to select as many different tiers as they want, and as many of each as well, more of a traditional e-commerce cart system. Plus, right now we are starting with comics, but we’re going to be focused on the larger fandom community going forward.
For creators, we are more than just a platform. We also offer all the services needed for a crowdfunding campaign, such as campaign management, marketing, printing and fulfillment, etc. We take months of work off creator’s plates so they have more time to focus on what they do well: create!
MFR: Recently, there’ve been some controversies surrounding who should use crowdfunding websites for projects. What are your thoughts regarding big name publishers and creators using crowdfunding?
Plosky: I think crowdfunding is growing more and more across industries as a viable model for anyone to use. I don’t think gatekeeping helps anyone. If a company needs to de-risk a product in order to get it to market for people who really want it, I don’t see the problem with that. A rising tide floats all boats. I don’t believe it negatively impacts an individual creator’s efforts, as most of their backing comes from their own personal network typically.
MFR: I noticed on Zoop’s website that you have some impressive talent. What was the process of getting them on board?
Plosky: My co-founder Eric Moss and I have both been in the comics industry for a bit and have developed some relationships over the years. It doesn’t hurt that Eric was the project manager on Boom! Studios’ BRZRKR campaign, among others, and really knows his stuff!
But, when you’re solving MULTIPLE pain points, and providing a service that creators want and need, it makes it that much easier to start a working relationship with them.
MFR: Why did you decide to have Slow City Blues be Zoop’s launch title? For that matter, what makes it the best representative for Zoop’s goals?
Plosky: It was a mutual decision. They wanted to be first, and we felt their offering of a full 5 issue series, as well as the A-list talent on their variant covers was a winning combination. When you have gorgeous work by David Finch, Howard Porter, Paul Pope, Derrick Chew, Brett Booth, Philip Tan, Cary Nord, Francesco Mattina, Yasmine Putri, Juan Totino Tedesco, and MORE, it felt like a homerun! 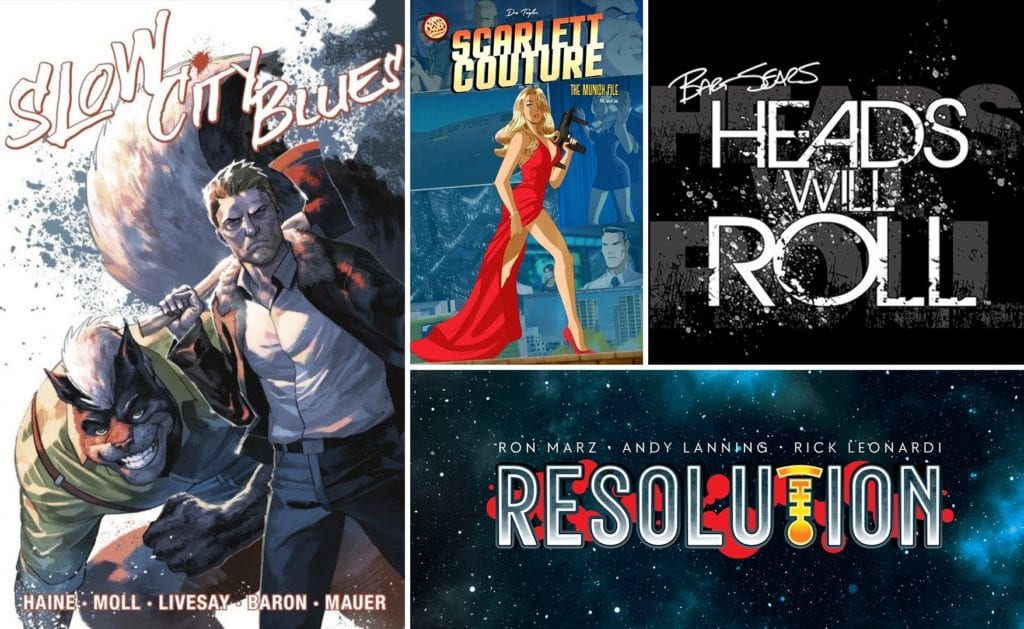 MFR: Who do you hope will join in on Zoop’s future campaigns: first-time hopeful creators, veterans unrestricted by schedules… both maybe?
Plosky: Right now as we are providing full services, we have a limited bandwidth. As a result, we are first working with established creators with existing fanbases. However, we are trying to quickly get to a more open version of Zoop quickly so we can welcome all creators!
Finally, when can users expect future campaigns to open?
Plosky: You’ll have to visit www.zoop.gg to see what we have coming up, and sign up for those individual e-mail lists to get notified of their launches!
But, we do have two more campaigns this month of June, with 4 more lined up for July and already filling our late summer/early fall schedule as well.
For more information about Zoop, and to back any of their upcoming projects, go to www.zoop.gg. You won’t want to miss out on the exciting titles that they have in store.
1169
Share
Facebook
Twitter
Pinterest
WhatsApp