A new chapter begins for Matt Murdock in the all-new DAREDEVIL #1. Writer Chip Zdarsky and artist Marco Checchetto team up for the new ongoing series about our beloved Horn Head. 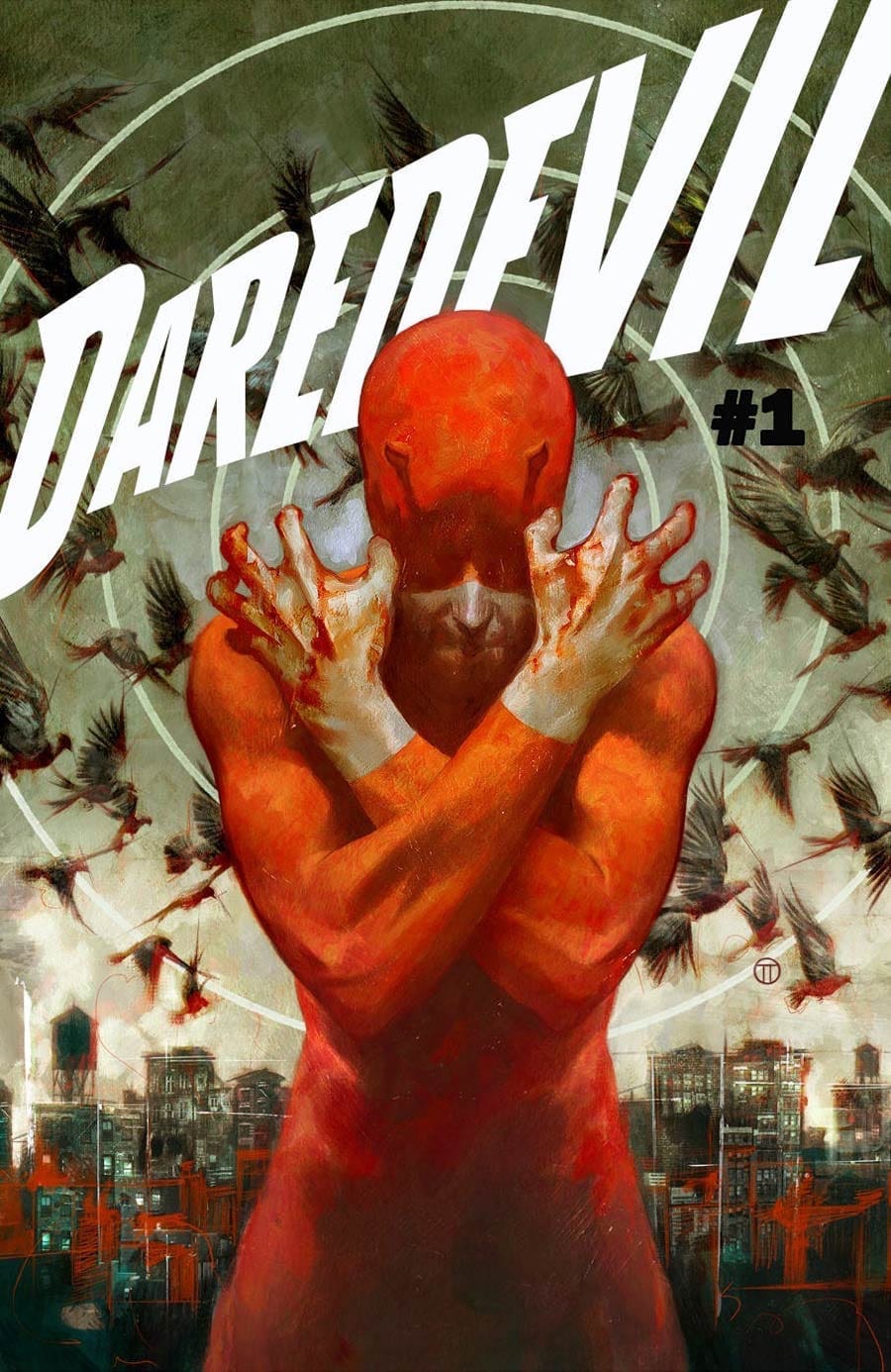 Having just barely recovered from getting hit by a truck (again), Matt Murdock has to pick himself up out of a dark hole and start his life again. That includes being Daredevil again, and he has some major problems reinserting the Devil into Hell’s Kitchen.

Zdarsky’s take on Daredevil comes after a fairly long and often brilliant run by Charles Soule. Chip provides a nice change of pace, but one that’s not in drastic contrast. While the subject matter of this introductory issue is still dramatic and darker in tone, it’s delivered with a smirk and a wink.

Soule’s background in law practice allowed to provide an interesting exploration of that side of Murdock. Zdarsky’s ability to inject personality and character into seemingly any scenario will allow us to have a little more fun with horn head again.

Chip Zdarsky’s recent Marvel work with Two-In-One and Peter Parker: The Spectacular Spider-Man showcased his ability to craft layered comic book stories. His comics carry weight without ever taking themselves too seriously. This Daredevil series may prove to be the perfect fit for such a talent. 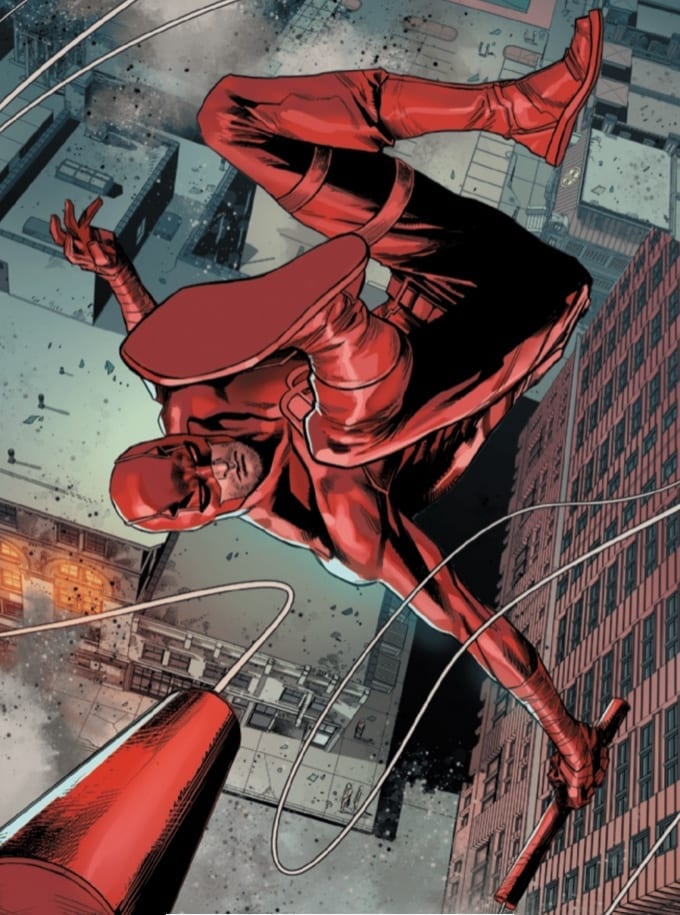 As Matt gets back to his work as Daredevil, he’s finding it challenging to handle a simple leap from building to building. He almost gets his ass handed to him by a trio of simple burglars. After such a long stretch of darkness and pain, it’ll be rewarding to take this journey with Matt Murdock as he slowly gets himself back into shape.

Daredevil #1’s cliffhanger ending complicates our hero’s woes even further as it’s reported that horn head may have accidentally murdered one of those lowly robbers. Although it seems fishy with that new detective showing up with some sort of vendetta against vigilantes, this makes for a very intriguing Daredevil story–especially given Kingpin’s current political position.

Our first impression of Zdarksy’s Daredevil is a strong one. He quickly demonstrates his handle on Matt’s voice and mindset following a traumatic recovery. We spend a lot of time with a young Matthew and Zdarsky hammers home the priorities that our hero has always had.

Artist Marco Checchetto and colorist Sunny Gho deliver a very solid issue. There’s a small hint of anime to Checchetto’s style that serves the humanity of his character’s well. The tone of Daredevil #1 is fresh, consistent, and welcoming thanks to Checchetto and Gho.

I really appreciate the subtly in how emotions are illustrated. Rather than having an overly expressive face, we’re treated to subtle smirks and expression changes. The scene where a young Matthew sheds a tear while talking to his priest is powerful and cinematic.

Daredevil #1 is a perfect starting point for new readers. It’s also a great change of pace for those who have been following horn head’s recent fall from grace. Chip Zdarsky has been putting together one hell of a Marvel legacy. This series looks to be another great match and he’s paired with an art team that’s capable of extending his vision.

Horn head is in good hands with Chip Zdarsky behind the wheel. DAREDEVIL #1 is a great starting point for new readers and a great change of pace for veteran fans.Zdarsky Strikes Gold Again With DAREDEVIL #1