WONDER WOMAN COME BACK TO ME #2, out this week from DC Comics continues Diana’s journey to find the man she loves, and rescue him at all costs. This tale perfectly highlights how Diana can take anything in stride.

To be clear; Wonder Woman Come Back to Me #2 has already been published once before but under a different title. It was originally seen in Justice League Giants and is now being reprinted so the whole tale can be in one cohesive set.

The second issue in the series continues Diana’s epic quest in a land that appears to be made of lost things. Like the previous issue, this one is broken up into two parts; a layover from the original printing. But since both are set on the same crazy island, it really does read more like one cohesive issue. 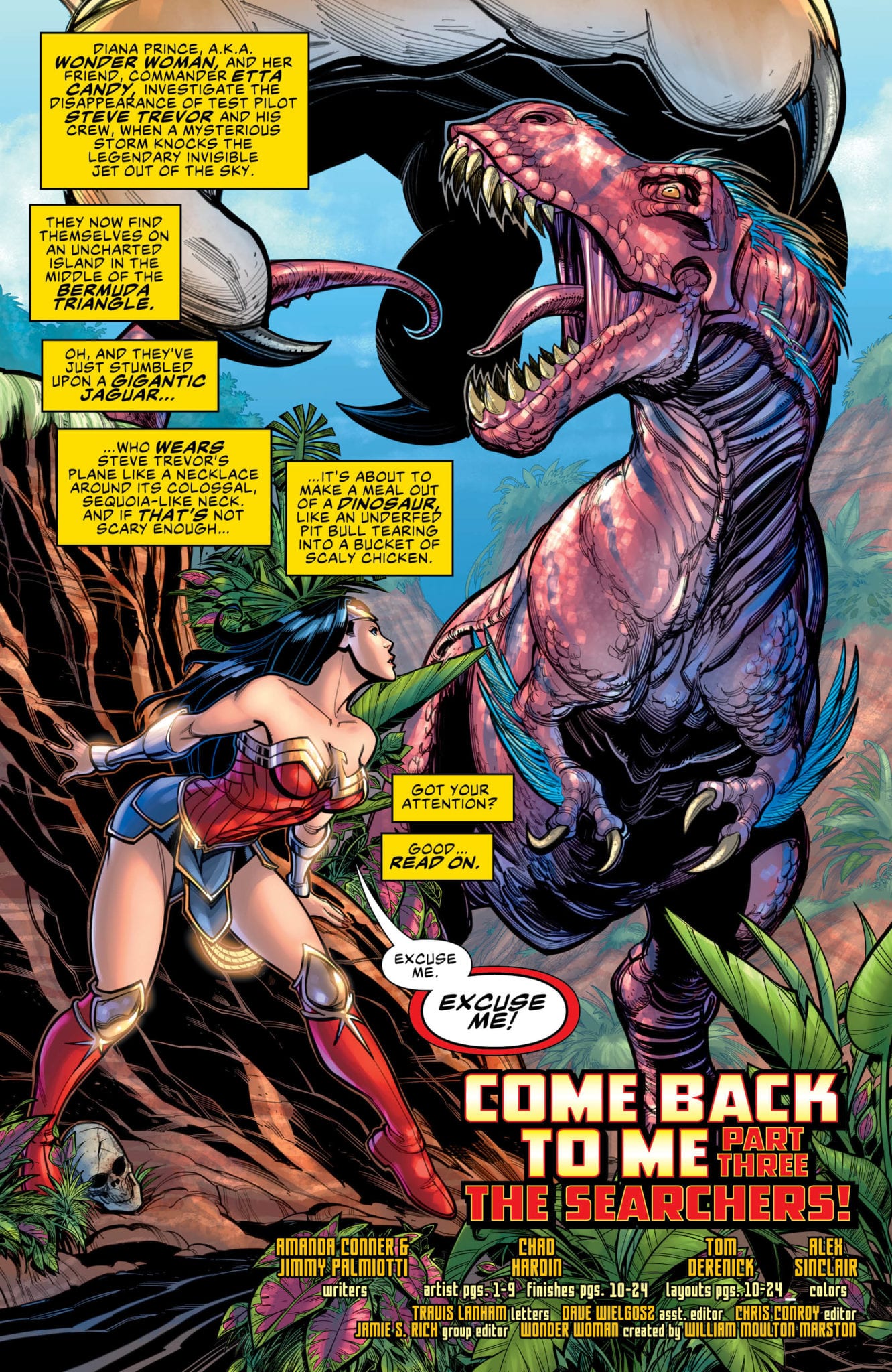 Amanda Conner and Jimmy Palmiotti wrote this plot together, and they did an excellent job of showing the insanity that can come across Diana’s path. They did an even better job of showing how Diana can take all of it in stride – especially when the ones she cares about are at risk.

This plot does get a little out there at times, though there’s no doubt that it’ll all wrap back around before things are said and done. There are some surprise guests as secondary characters in this issue, and that adds a touch of humor and confusion to the mix; balancing out the cocktail of emotions our heroine has surely been feeling. 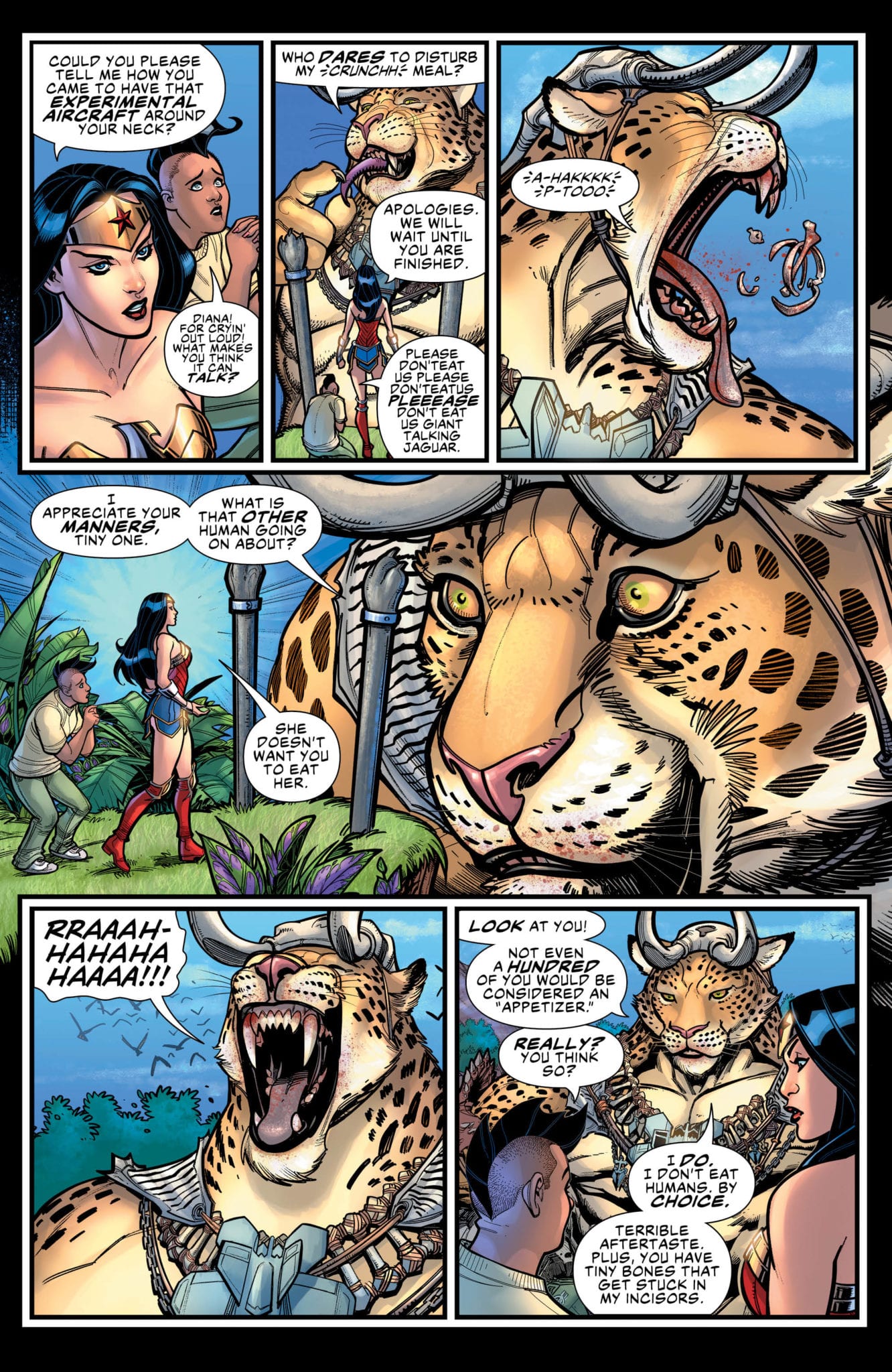 Wonder Woman Come Back to Me #2 had a fairly large creative team working on the project, but that probably shouldn’t be so surprising. Chad Hardin was one of the artists; providing us with some spectacular imagery. His island landscapes do their job and then some, showing us a rich and lush world full of oddities.

Meanwhile, Alex Sinclair provided the colors, and he did an excellent job of enhancing the work that Haroin provided. The vegetation comes to life with his colors, and the monsters pop against the green backdrops.

On that note; one of the things this issue excelled at was showing motion and combat. You can really feel when a character is dashing through the forest, or lunging for an attack. And knowing the speeds Wonder Woman works with, that’s enough to get us (almost) wincing in sympathy.

Also on the creative team was Tom Derenick, who did the overall layouts for the issues, and Travis Lanham, the letterer. Together they flesh out the look of the pages and make it clear to readers what is going on at any given point. 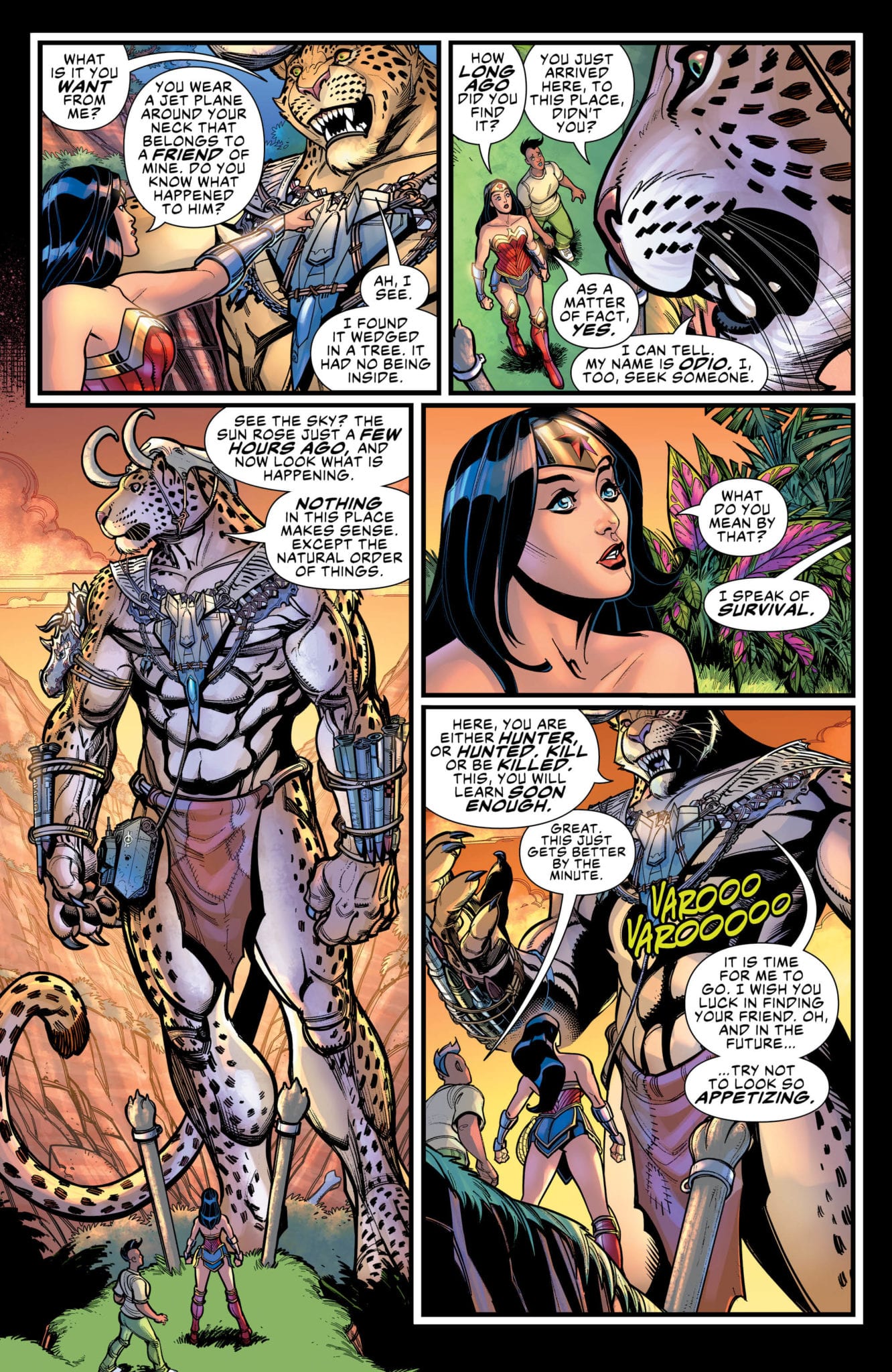 Wonder Woman Come Back To Me #2 is an interesting read on the whole, even with some of the crazier events that happened here. It had a good sense of humor about itself and highlighted some of the best aspects of Diana’s character.

Wonder Woman Come Back to Me #2 highlights some of the best qualities in Wonder Woman, such as her ability to take things in stride. Along with vibrant colors and a strange world, this makes for a fun read. What A Strange World In WONDER WOMAN COME BACK TO ME #2