During the final battle of The Flash War, we got a tease of a big bad that was coming. This threat has been teased in the background in every other story with Commander Cold. The villain known as Paradox appears to be the next big threat for the Flash series as we approach the 750th issue.

As Rogues’ Reign came to a close, Barry gets a surprise visitor in the Future Flash. This character searches for the now late Commander Cold and learns of his death. He proceeds to disintegrate in front of his past self as he warns of the impending threat of Paradox. This leaves both the reader and the Flash with a single question. Who is Paradox?

We open our story during The Flash Year One, where a father spends time with his family. This man is a professor who has been studying the time stream and has theorized about the changes made. One night, his lab is struck by lightning, and he sees the multiverse as a whole. A few days later, during the final battle with Barry and King Turtle, the man is teleported away. It turns out Flash’s connection to the Speed Force triggered the man’s ability to travel into it. He spends what appears to be years in there, and the man turns into the villain, Paradox. 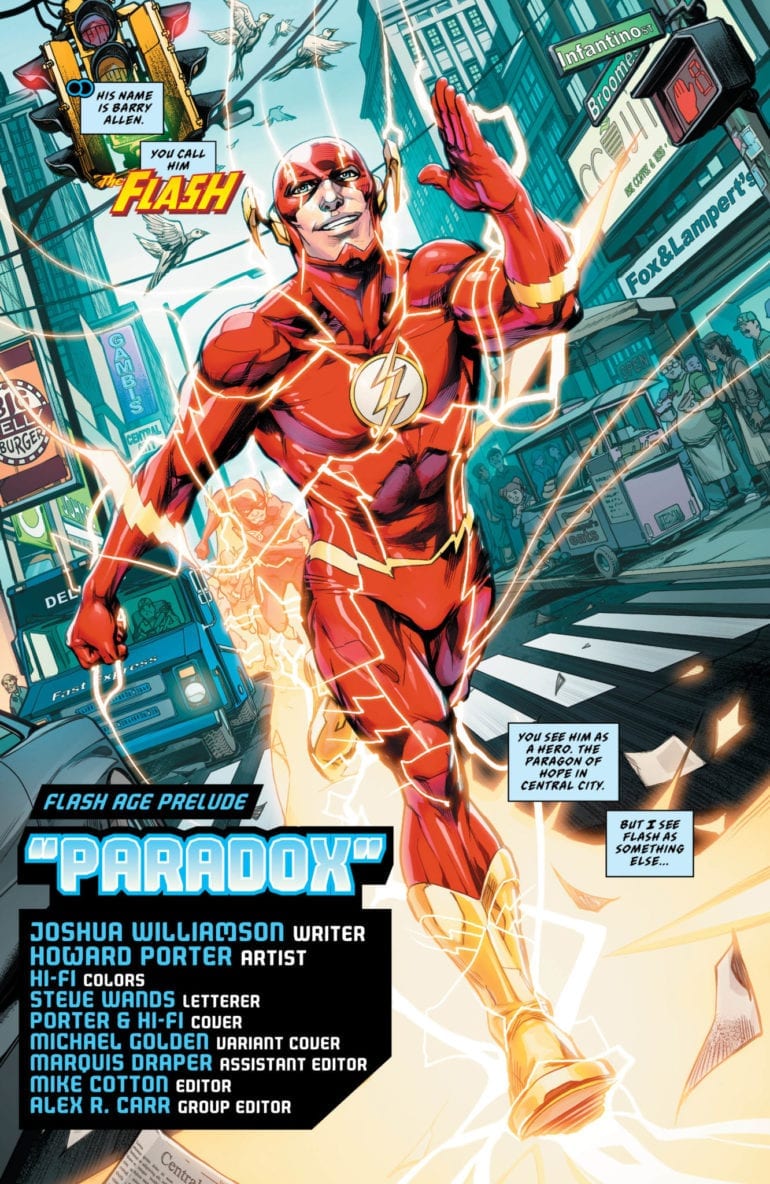 This origin story for the next big bad really isn’t anything new. It’s your standard obsessed scientist plot that has been in comics since it began. Usually, there’s a gimmick that goes with this to add a nice twist to it. Right now, the only gimmick he has is his travels change him into a monster, and even then, that isn’t too original. You can find three villains just like him in this comic run alone!

This is a prelude to the next big arc of the Flash, so I wouldn’t be surprised if they add to it once the story starts. The lab we see has references to Doomsday Clock and several crises. This means he could provide more connections to the history of the DC Universe than any other character. But references to better stories don’t make a great stand-alone issue. It just makes me want to read those better comics! As it stands alone, however, there isn’t enough new to really enjoy this one. 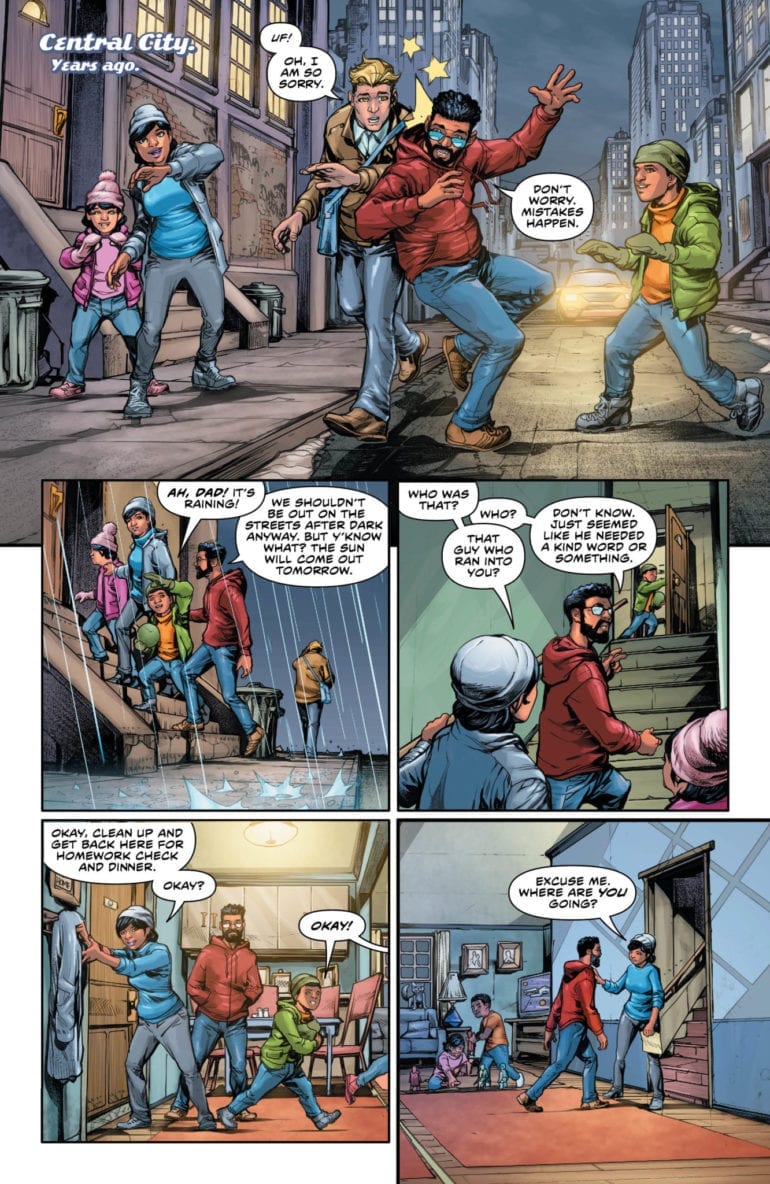 Howard Porter returns and gives us a fantastic looking issue. His past stories during this run gave us great visuals, especially in terms of projecting powers during action sequences. With Paradox, we have a terrifying design and a cool looking set of meta abilities. The professor’s change into his more monstrous form was a highlight. We see him change little by little before getting the reveal as he returns home. I genuinely hope we get to keep Porter in the illustrator’s seat for the upcoming arc. This issue alone proves he’s more than capable of delivering fantastic visuals for The Flash Age. 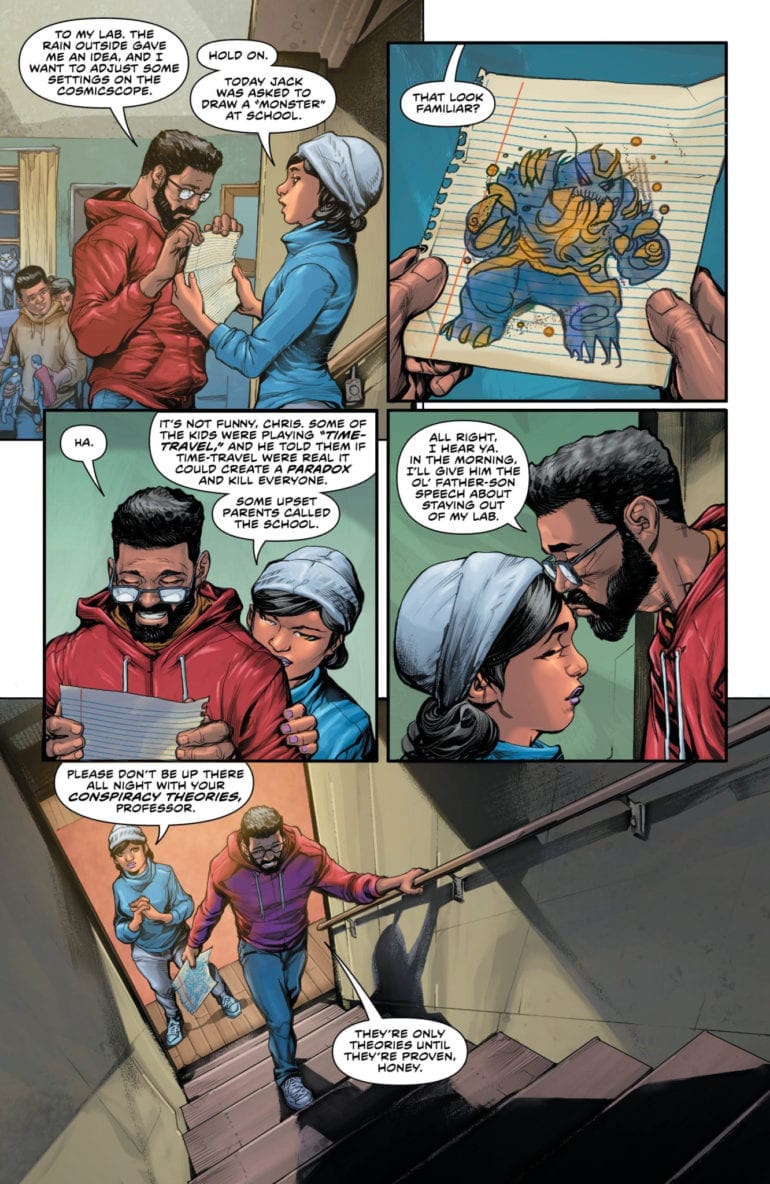 The Flash Age is now coming, but their prelude isn’t quite up to snuff. The origin story of Paradox is not particularly original, and this story is probably going to suffer for it. When the Flash Age finally arrives in March, Paradox is going to need to pull some big moves to catch readers’ attention. Porter and the rest of the Art team pull their weight on this issue. They provide a visual feast for the eyes that makes each page better than the last. With the coming storyline, we can only hope that this character can only match the art given by the end.

Review: THE FLASH #88 Reveals the Origin To The Next Big VillainThe prelude to The Flash Age may be pretty, but it's nothing new.