Review: THE FLASH #81 Rushes to the Conclusion of Death of the Speed Force

A Flash Falls as Doom Rises!

There is a new avatar of the Forces in town, and his name is Hunter Zolomon. While weak from facing the Black Flash, Barry is beaten down by Zoom and loses Steadfast to him. To go against the evil speedster, Barry and Iris look into his past in an attempt to connect with him. It is revealed Hunter was a former FBI agent who made a bad call in assuming a clown serial killer wouldn’t use a gun. This lead to him losing his partner and sent him down the other to become Zoom. With this knowledge, Barry goes to speak to him, only to face him and Black Flash. How will our hero prevail? 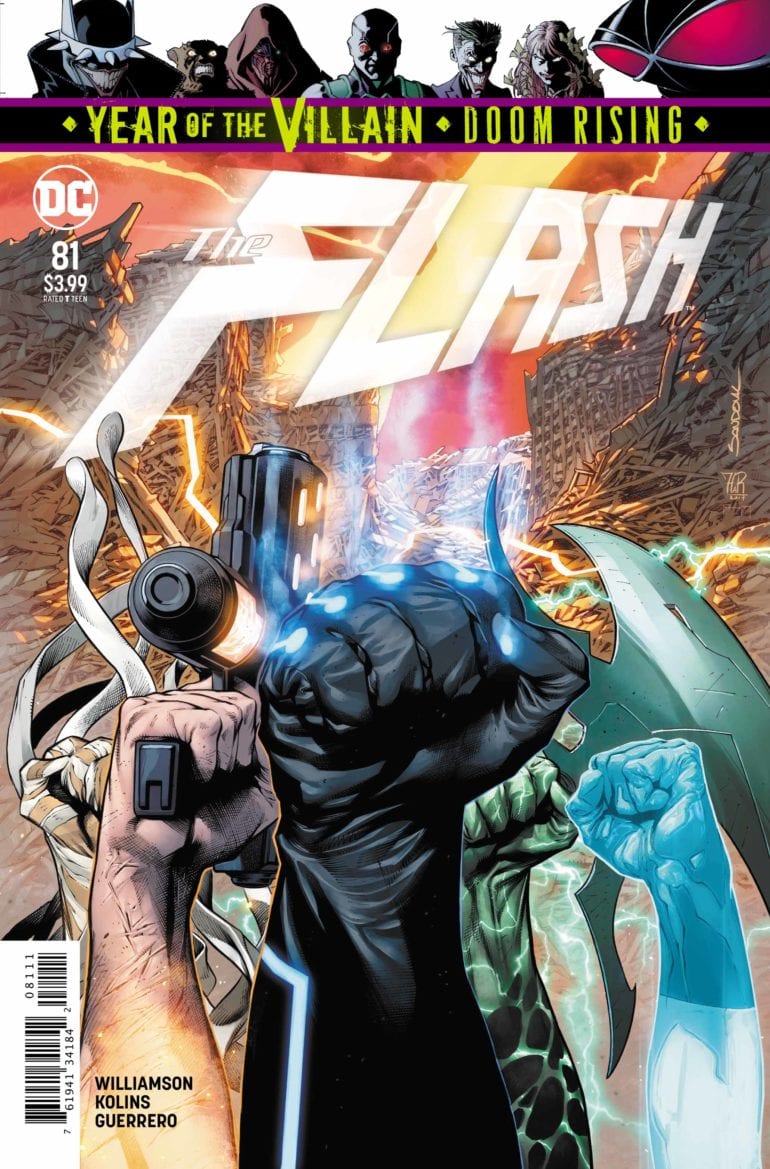 Picking up right where we left off, we find Hunter facing off against the Black Flash. While he may have the other forces under his control, the speedster of death can overpower him. Barry steps in to help, causing Hunter to turn on our hero. Before he can kill him, however, Flash shows Hunter a terrible truth is shown in the Forever Force. It turns out Eobard Thawne had also interfered in Hunter’s past by giving the clown the gun that killed his partner. This has Hunter snap out of his rage, allowing Barry to convince him to help repair the Force Barrier.

Meanwhile, with Wally and Avery, they are spying on the Rogues who have begun working out of Iron Heights Penitentiary. The young speedsters agree that they need to tell Barry what is happening, but soon find themselves caught by Golden Glider. They quickly speed out of there as the Rogues initiate their plan. 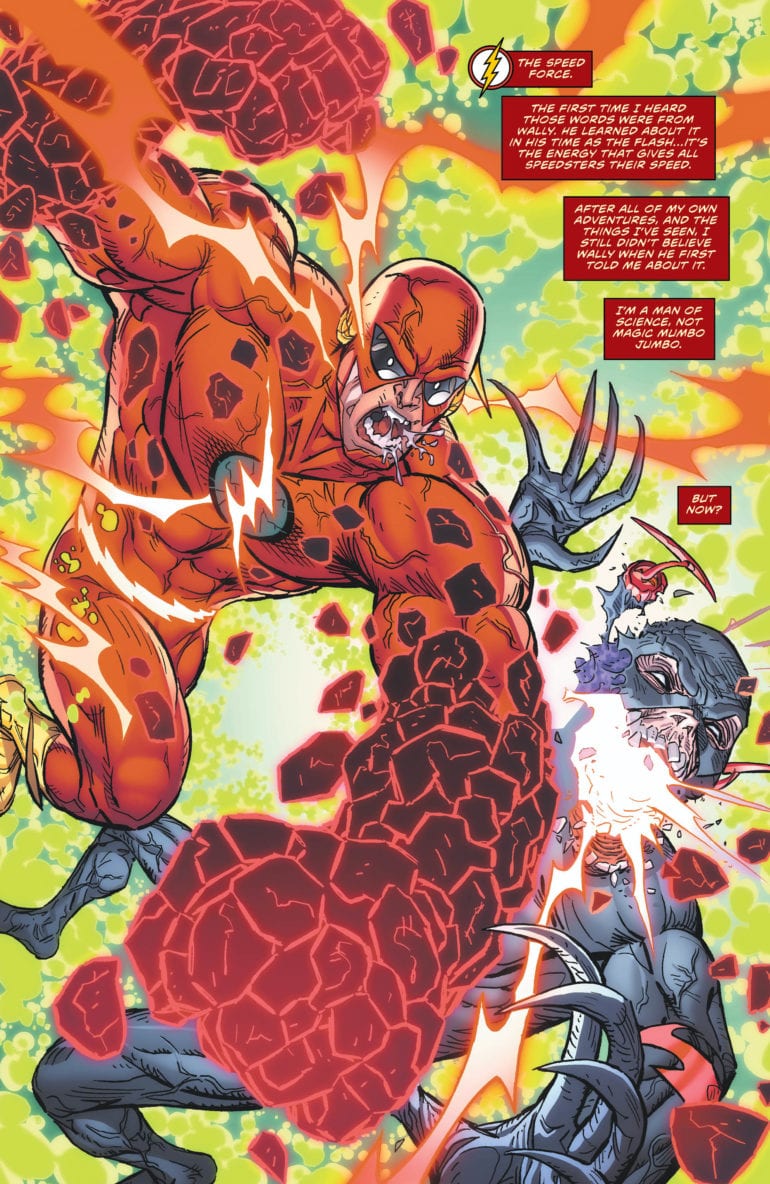 As I mentioned in my previous reviews, the story has been losing focus with the looming threat of the Legion War for Year of the Villain. Where it was passing with the last issues, the rushed nature of this one butchers both the ending of the Death of the Speed Force arc and the beginning of the Rogues arc. There isn’t enough time spent on the previous arc to give it a proper sendoff while we also rush into the Rogues’ attack. I don’t know what is to blame, but this forced closing is sloppy in terms of storytelling.

If I had to give a positive anywhere, it would be the attempt at a redemption story for Hunter. Throughout his comic book history, you can tell he never intended to become a supervillain. It just happened to him after disagreements arose. In this one issue, we watch as Hunter’s life passes before his and Barry’s eyes before he makes the sacrifice that most Flashes do. It would be a nice bookend for the character if it weren’t as rushed as it was. 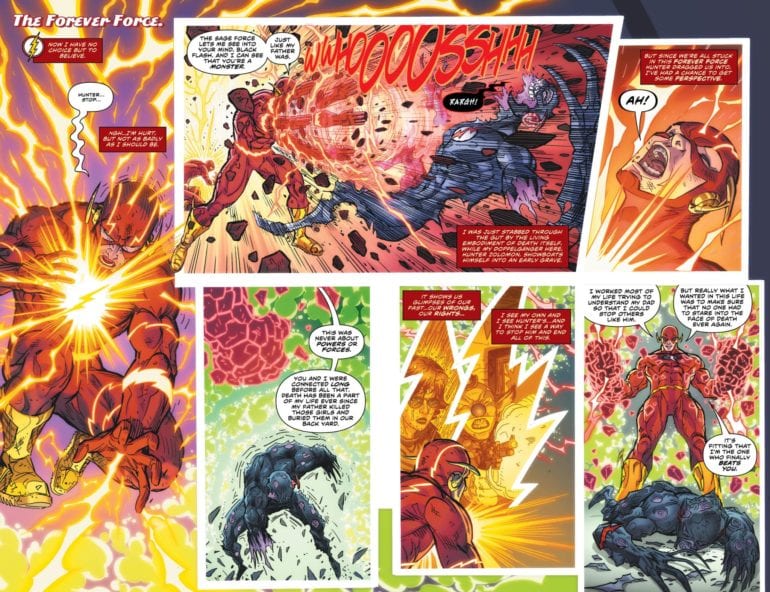 I’ve stated in the past that I am not a fan of Scott Kolin’s style. It doesn’t quite fit the world of the Flash, having a bit creepier designs for characters. While it works for characters like Black Flash and Hunter, it doesn’t fit Barry or the other heroic speedsters. The colorwork is decent enough, with vibrant colors having the characters pop, but it isn’t enough to save the issue. 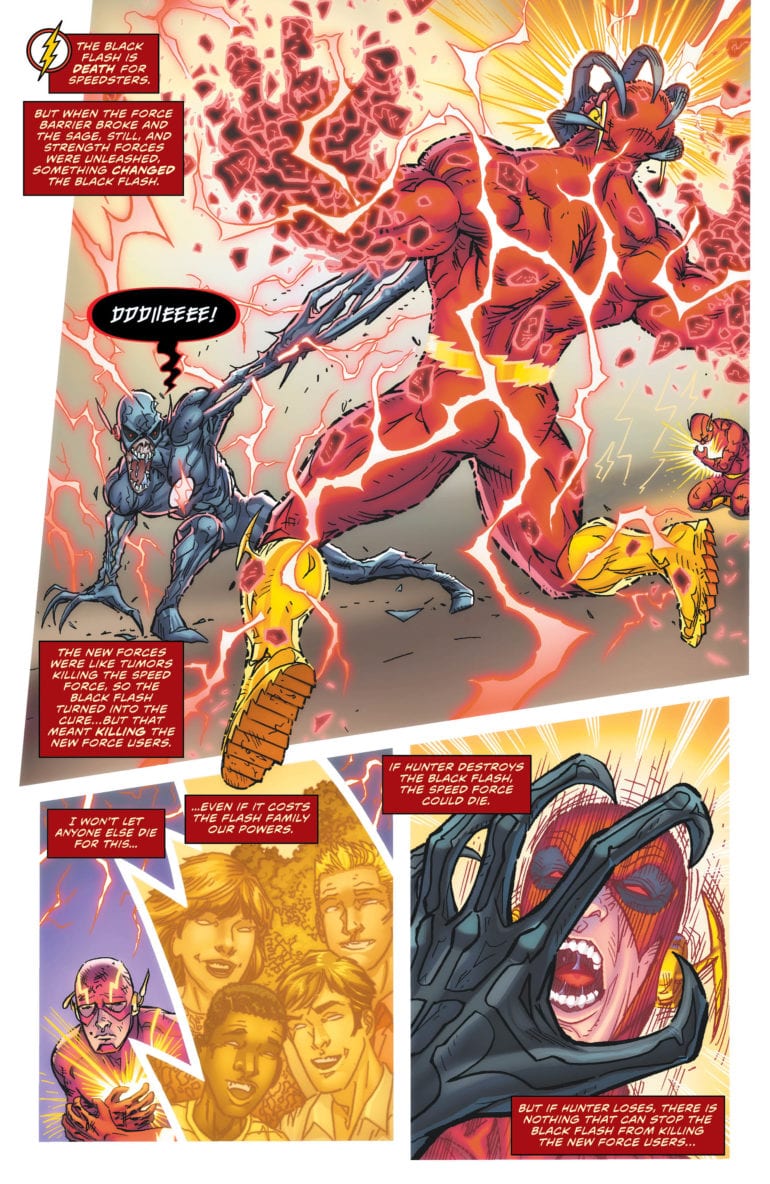 This might be the most disappointing issue of the Flash I’ve ever read. I say disappointing because there was so much potential in this story. This could have been a defining chapter in the Forces Saga, but it was just rushed, affecting both the current and next story. All we can do now is hope the creative team can make it up with the Rogues on the move.

The Flash rushes through a story arc with so much potential to get ready for the Year of the Villain.Review: THE FLASH #81 Rushes to the Conclusion of Death of the Speed Force